Such is performance-car progress, the new five-cylinder Audi TT RS is almost as quick as the previous-generation V10-powered R8 supercar.

Audi claims its second RS version in three generations of TT will sprint from standstill to 100km/h in 3.7 seconds, a tenth slower than a 386kW R8 S tronic but two-tenths faster than its first-ever TT RS roadster sibling.

The overhauled 2.5-litre five-cylinder turbocharged engine packs a neat 400hp, however in kilowatts it falls six short of a figure beginning with a three, measuring a not-so-neat 294kW. No arguing with the 480Nm produced over an astonishingly broad 1700rpm and 5850rpm. 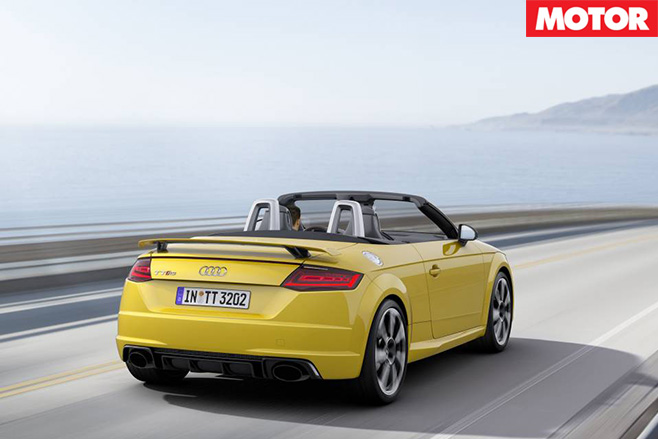 As with that model, the new TT RS packs quattro all-wheel-drive and a standard seven-speed dual-clutch automatic transmission. However unlike non-Plus versions of the last model, a manual transmission is no longer available. 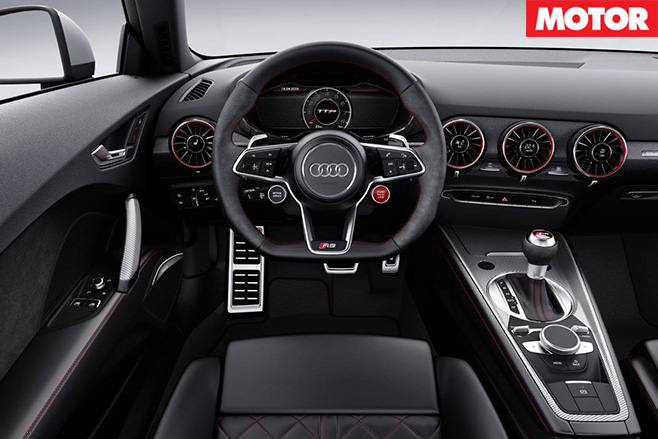 While 19-inch alloy wheels are standard, forged aluminium 20s are optional. Likewise, fixed sports suspension and ventilated/perforated disc brakes are both standard with adaptive magnetic suspension and carbon-ceramics each available at extra cost. 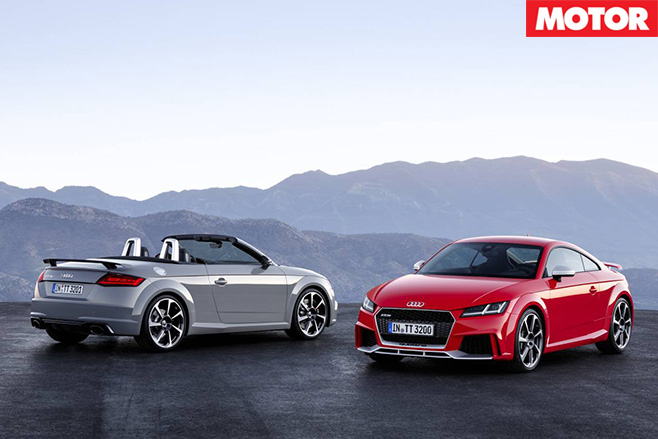 Despite more aggressive styling – including a honeycomb front grille with quattro applique, fixed rear wing and twin oval exhaust pipes – the TT RS is no wider than a TT S.

Inside the same 12.3-inch TFT display dubbed ‘virtual cockpit’ is used, but as with the latest R8 supercar, buttons for driver selectable modes and engine on/off each move onto the leather-wrapped sports steering wheel.

Australia last saw the TT RS three years ago when it retailed for $139,400 plus on-road costs. Expect that figure to be little changed when the latest model arrives in mid 2017.