Everyone thought the dual-clutch transmission (DCT) would kill off the manual, but according to a global BMW M Division executive both options will soon be phased out.

The humble torque-converter automatic is making a raging comeback in the field of sports cars and, when BMW M’s vice president of sales and marketing Peter Quintus spoke with Australia’s Drive, he painted a clear but dour future for both the DIY-shifter and DCT.

“I'm not even sure the next generation of M3 and M4 models from BMW will have the option of a manual gearbox,” Quintus stated. “[And] we are now seeing automatic transmissions with nine and even 10 speeds, so there's a lot of technology in modern automatics.

“It's more a question of how long has the DCT got to go. How long will it last?”

Quintus told Drive that modern automatics have largely closed the technology gap to the DCT, while increasing outputs for M’s performance cars meant manuals struggled to cope with beyond 335kW and 600Nm.

It could be one reason why the just-released BMW M4 CS ramps up the boosted 3.0-litre six-cylinder from 550Nm to 600Nm, but is DCT-only.

The vice president of sales and marketing continued: “The DCT once had two advantages: it was light and its shift speeds were higher. Now, a lot of that shift-time advantage has disappeared as automatics get better and smarter.” 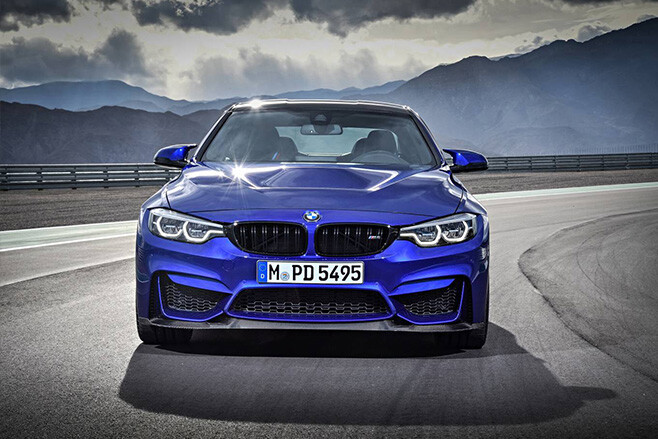 BMW Australia, meanwhile, has long supported the manual transmission, more recently offering it as a no-cost option on even non-M 1 Series and 3 Series model grades.

However, a local spokesperson reiterated that the global trend towards two-pedal sports cars was continuing and therefore could naturally extinguish the manual on some models – in which case the local outpost would be in the hands of its Munich decision makers.

Faster performance and shift speed, greater economy, and a more effortless balance between driving in city traffic and country road or racetrack driving were all cited – as usual – as reasons why manual take-up for the BMW M3 and M4 is running at 2.5 per cent locally.

One model, however, was bucking the trend. The BMW M2 Pure manual’s $10,000 price saving over the (also better-equipped) $99,900 M2 DCT has been proving too good to pass up Down Under, with 25 per cent of the in-demand compact sports coupe’s sales a DIY shift.

Naturally, BMW Australia remain keen to offer manuals to purists even if they are in the minority. But the global appetite simply can’t get down to single digit sales, it seems.