Buying new, the Mazda MX-5 is the world’s best-value roadster.

But when purchasing a used rear-drive drop-top, a relatively unloved and unlikely contender has arguably taken the title – from the era of Chris Bangle and made in the USA, enter the original BMW Z4.

Replacing the undercooked (albeit James Bond Goldeneye-cool) BMW Z3 roadster that was meant to challenge the original Porsche Boxster in the late 1990s, the Z4 made a far better fist of things. There are two models worthy of note, and both are now stellar value. Likewise the NB-gen that followed, particularly in 2004 SE Turbo guise, stretches from $12,000 to $20,000 depending on the kilometre reading. These Japanese roadsters are as great to drive as they are easy to work on and endlessly reliable, but there’s a big ‘but’ here.

Underpinned by an E46 3 Series chassis, it was no duffer in the handling department, either. That said, it lacked an LSD and this was round one of BMW’s foray into electric power steering, which wasn’t a high point of the car. No, the Z4 wasn’t quite Boxster-good – but it simply isn’t possible to buy the Porsche for this money on the used-car market.

There is a second contender for best-value roadster honours as well – the BMW Z4 M. For around $30,000 it makes an E46 M3 of the era seem pricey, and it could surely tempt some away from that petite new ND-gen MX-5 1.5-litre base model. 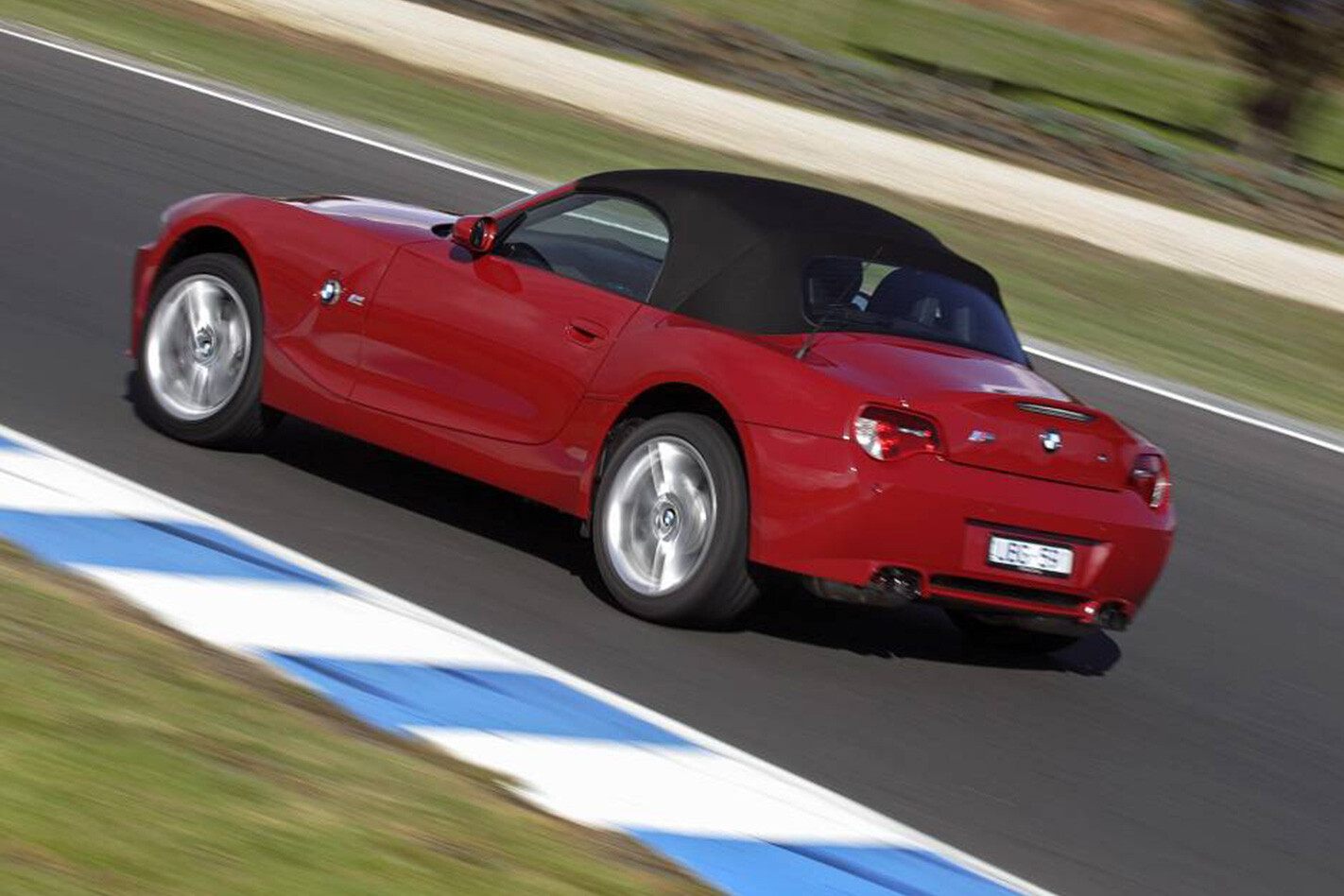 The E46 M3-derived S54 3.2-litre straight six (with 252kW at a soaring 7900rpm and 365Nm at 4900rpm) placed the LSD-equipped chassis to great use. The manual-equipped sprint to triple-figure speed was covered in around 5.2sec – which is still brisk by today’s standards.

Hard-top versions of the Z4 M will of course ask more than the roadster, in the same way that (at least for now) a Cayman will ask more from your wallet than a Boxster equivalent.

Plus, just look at the long bonnet and epic dash-to-axle ratio of the first BMW Z4, with driver’s bum on the axle and short rear overhang, then tell us you’d rather a Mazda MX-5.