JUST as the underpinning bricks-and-mortar technologies of modern cars increasingly rely on advances in the digital realm, BMW’s 18th Art Car installation proves that even automotive art is entering a virtual world.

Forty two years after the original rolling work of art hit the track at the 1975 Le Mans 24 Hour endurance race, the latest wheeled canvas has broken cover at the Minsheng Art Museum in Beijing. However unlike the 17 vehicles before it, this one has been digitised. 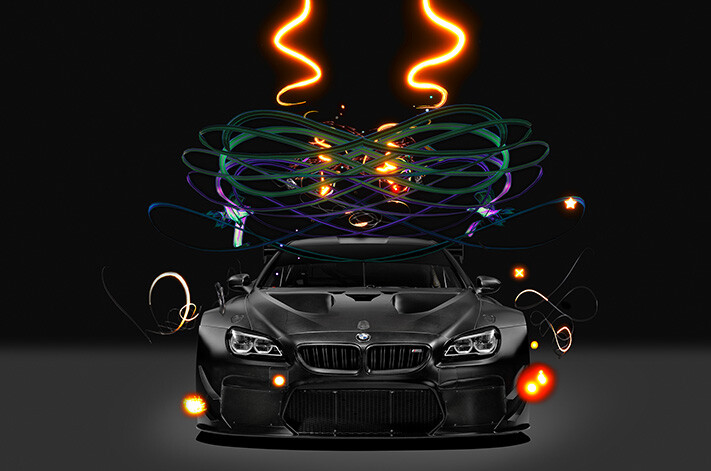 Chinese multimedia artist Cao Fei started with a BMW M6 GT3 as her ‘canvas’, but where previous esteemed creatives have applied tangible paint and media with brushes, spray guns and even tyres, the youngest artist used augmented reality to decorate the racer.

In every case before this latest Art Car, the artist has been limited by the rules of physics in the real world, but Fei made the bold statement of leaving the M6’s bare carbonfibre body untouched and suspended the artistic element of the work in the space around it.

Viewed with the naked eye, the M6 racer appears like any other, but scan the car with a smartphone, similar device or virtual reality goggles, and the vehicle comes to life with Fei’s energetic light, colour and movement.

But quite how the car will appear outside an augmented reality arena remains to be seen, particularly when the car hits the track at the hands of BMW works driver Augusto Farfus.

“I’m really looking forward to diving deeper into this project and learning more about the artist’s ideas and her philosophy behind it,” Farfus said. 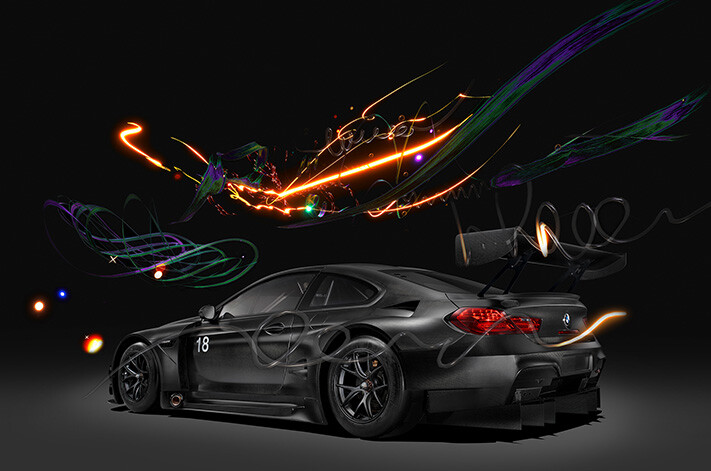 Not only is Fei the first artist to produce a virtual Art Car, she also becomes the youngest and first Chinese creative commissioned by BMW to join the line of 17 other cars and their creators.

Alexander Calder started the Art Car movement in the mid-1970s with a lurid 3.0 CSL and was followed through the decades by other world-renowned artists including Roy Lichtenstein, Andy Warhol and David Hockney.

Fei was selected as the perfect fit for the latest car, with her multimedia style mirroring the evolving and technologically driven automotive landscape, as well as “a reflection on the speed of change in China, on tradition and future”.

While the augmented reality Art Car is undoubtedly the kind of mould-breaking step that advances art movements, is it a step too far for a car?