Some drivers have a ticking time bomb in their car that isn’t worth the risk over Christmas, ACCC says

AUSTRALIA’S consumer watchdog has issued a chilling pre-Christmas warning about the increased dangers of Takata “alpha” airbags as another 20,000 vehicles are added to the list of affected vehicles.

The Australian Competition and Consumer Commission has urged drivers to check to see if their vehicle is scooped up in Australia’s largest-ever recall – more than 2.7 million cars dating back more than a decade are affected here, and more than 100 million worldwide – before heading out on a road trip over the summer break.

If it is, the ACCC says park it up and don’t risk driving it over the Christmas period, it warns.

The warning comes as Mitsubishi added another 20,187 recalled cars to the tally, this time the Pajero off-roader built between 2013 and 2017 – and despite the Takata airbags being identified as an issue in Australia from as early as 2015.

However, the ACCC’s campaign is targeting the most dangerous “alpha” airbags, ones fitted to about 43,000 Honda, Toyota, Nissan, BMW, Mazda and Lexus-badged cars sold here between 2001 and 2004. The later "beta" bags, which benefit from an improved manufacturing process, are considered less lethal, although still need replacing at the cost of the car maker.

“We urge drivers of vehicles with alpha airbags installed to immediately book in to have their airbags replaced before driving anywhere over the Christmas holiday period,” ACCC deputy chair Delia Rickard said. “There is a significant and much higher risk of injury or death involved in driving vehicles fitted with these alpha airbags.”

These alpha airbags are the ones that deteriorate over time, and spit out metal fragments when they deploy in a crash, sending sharp bits of shrapnel at the people they are supposed to protect. Worldwide, these airbags have been responsible for a number of serious injuries and deaths, including a serious injury in Australia in April, and more chillingly, a death in July.

“As we approach the festive season, many of us are driving longer distances, so it is vital to act now to avoid a tragedy,” Rickard said. “If you have a car that contains an ‘alpha’ airbag, our advice is to not to drive it until the airbag has been replaced.”

The Federal Government is currently considering if it will issue a compulsory recall notice to force car companies to replace the faulty airbags in their vehicles – with some of the replacement airbags needing to be replaced again as they age.

Australia's car brands have recalled about 2.2 million of the 2.35 million vehicles affected by the Takata airbags in the last two years. As of July this year, only 850,000 had been rectified.

Honda, with more than 273,000 faulty airbag-equipped vehicles and the brand linked to the only Takata-related death in Australia, has the largest number of recalled cars here. Spokesman Neil McDonald told Wheels that Honda had now completed more than 85 percent of its airbag replacements. 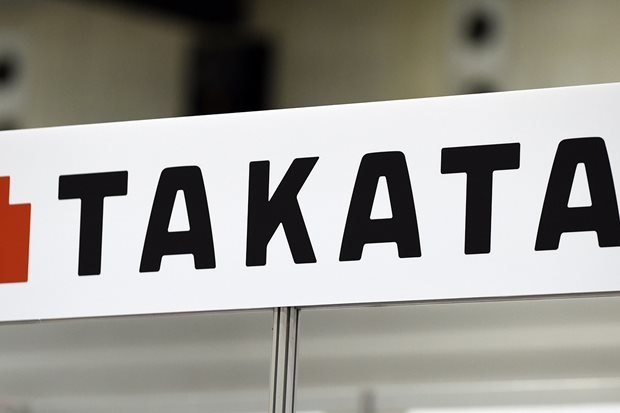