Is this a sneak peek at the new Chevrolet C8 Corvette? Likely. Do we love it? Let’s give it ten days.

An anonymous source has posted a picture on Instagram showing the supposed rear end of the next-gen Corvette, and it appears to closely resemble what we’ve seen (under the camo) in spy photos. But like the unfetching face of Predator, it may have a bum that only a mother could love.

The essence of the twin outer taillight cluster from Corvettes of old carries on, but now with a very angular pinch. Same goes for the lip on the coupe’s boot and… well, everything. There’s some previous-gen C7 design elsewhere too, and after recently having the Camaro ZL1 in the office for the week we can certainly see some similarities with its angry sibling.

The official debut of the new model will be on July 18, so this unofficial ‘teaser’ is ten days early, and might not be completely indicative of what we really see, though its official outing in New York three months ago is an indication it can’t be far off.

Chevrolet is yet to detail its new coupe but it is expected to land in a series of offerings, including a hybrid to rival supercars. Rumour is that the C8 Corvette might also be on the cards for Australia. 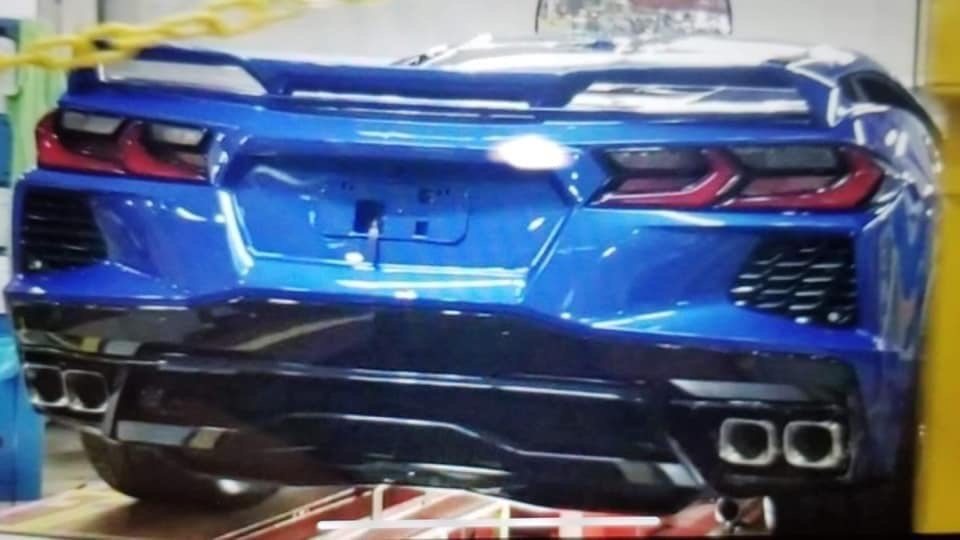