The forthcoming GT3 RS will raise the exotica stakes for the 911 breed.

Better still, if there’s truth in the rumour-mill, the Geneva-bound thoroughbred will also debut a new naturally aspirated 4.0-litre boxer six that forms the technical basis of future turbocharged 911s.

Like the PDK-only GT3 model on which its based, the RS version looks set to be offered in twin-clutch-manual transmission form.

But the depth of the RS version’s thoroughbred credentials are revealed elsewhere in its make-up, particularly in its bespoke construction and aerodynamic addenda shown in spy pics revealed in MOTOR’s January issue.

Porsche has focused hard on shedding kilograms: aluminium is used for both door shells and skins, the roof is magnesium, while the bonnet, engine cover, vented front guards, rear wing and bucket seats are all manufactured from CFRP (carbonfibre reinforced plastic).

While kerb weight hasn’t been revealed, expect the treatment – which also includes polycarbonate rear and side windows – to drop the RS weighbridge ticket well below 1400kg, despite the RS version growing in size compared with the regular GT3.

If taken as gospel, the spec sheet lists track width as 36mm wider than the base GT3, sat on 20x9.5in and 21x12.5in forged centre-lock wheels, the rear axle featuring Porsche’s clever Torque Vectoring Plus with electronically controlled differential lock as standard.

Notably, the two-seat-only coupe is some 50mm wider across the front arches and 30mm broader in the rear thanks to the revised bodywork and rolling stock.

The GT3 RS will arrive prior to the 991.2 range facelift due later this year which, as outlined above, may well see variations of the direct-injected 4.0-litre six rolled into other 911 variants in different tunes and aspirations. 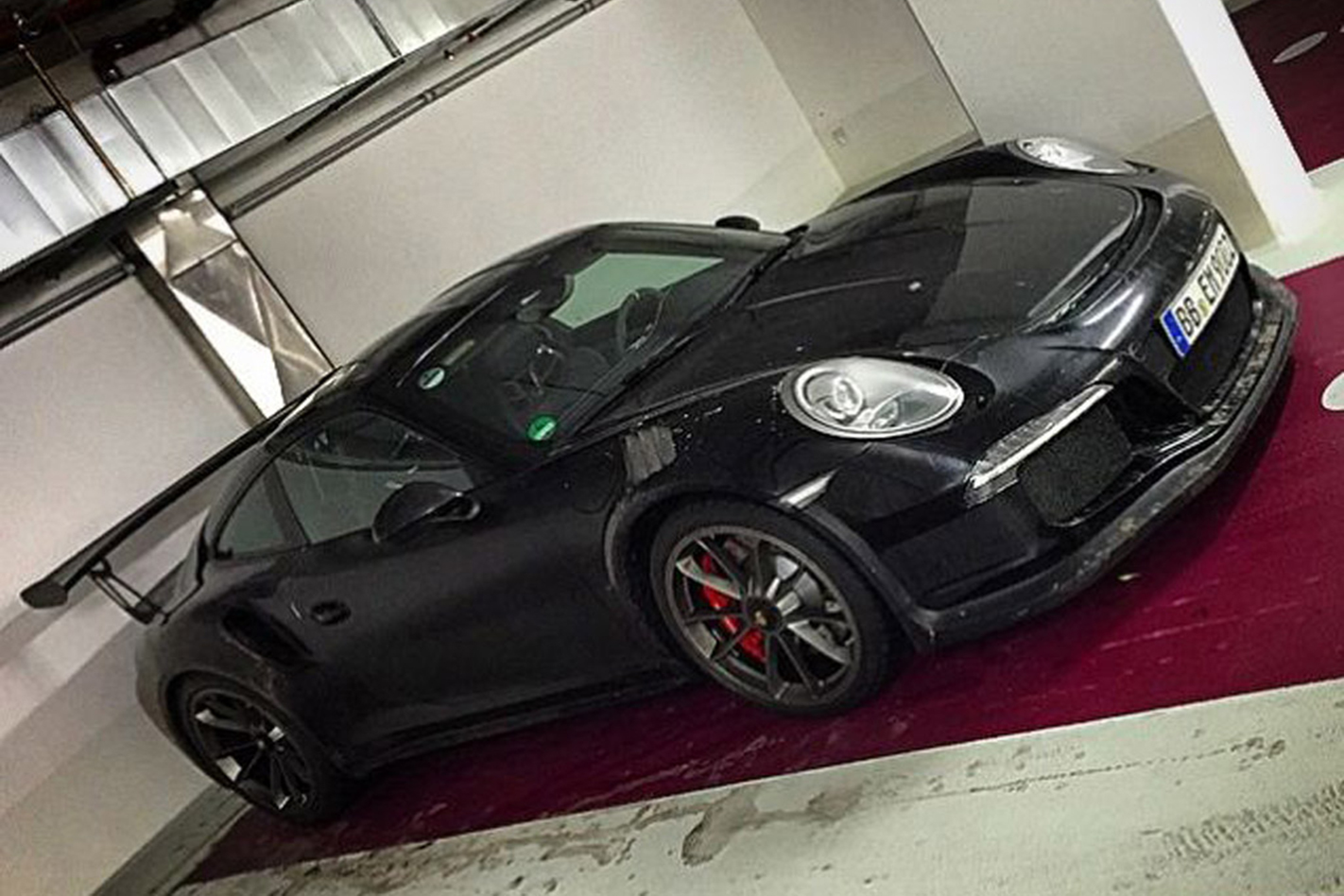 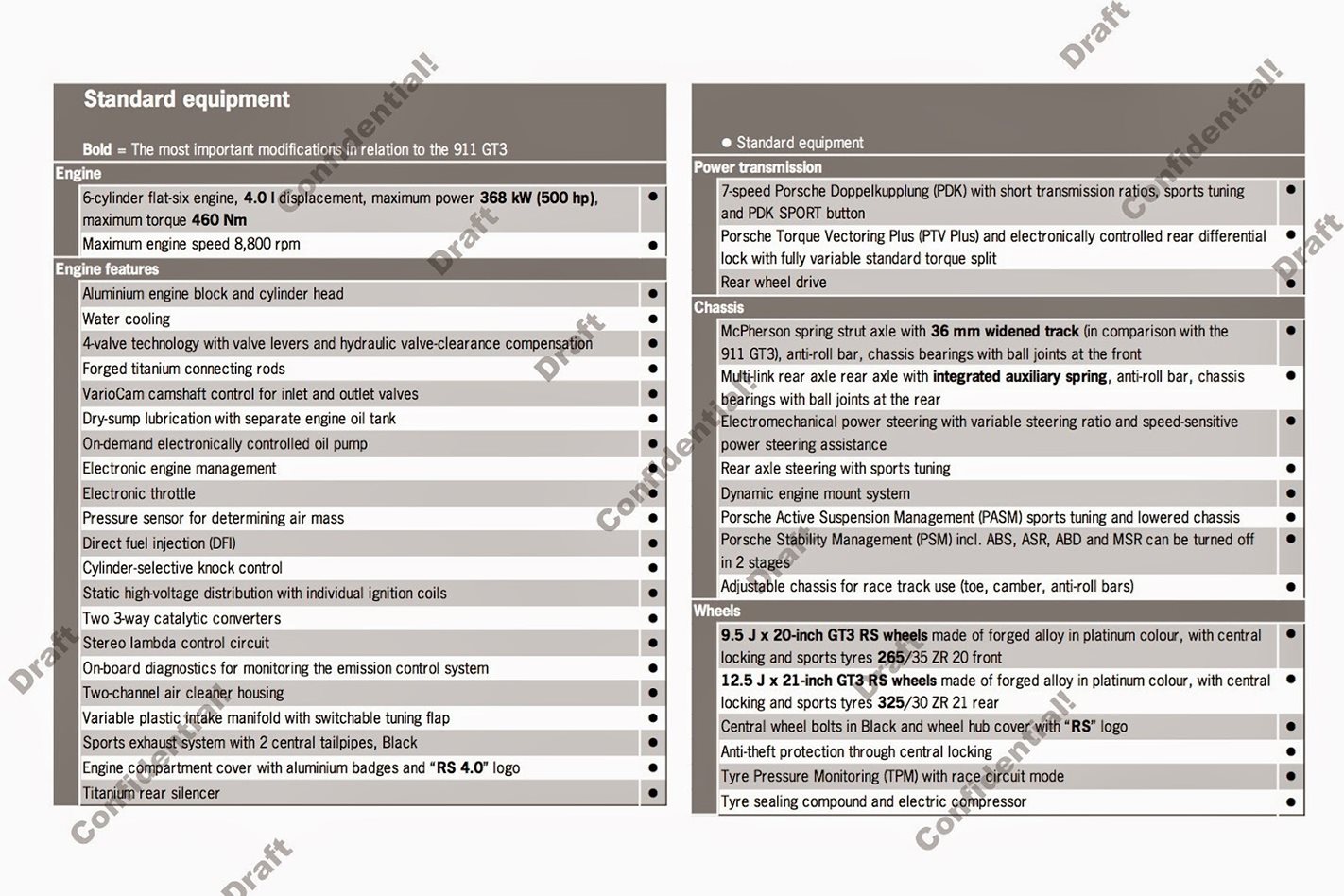 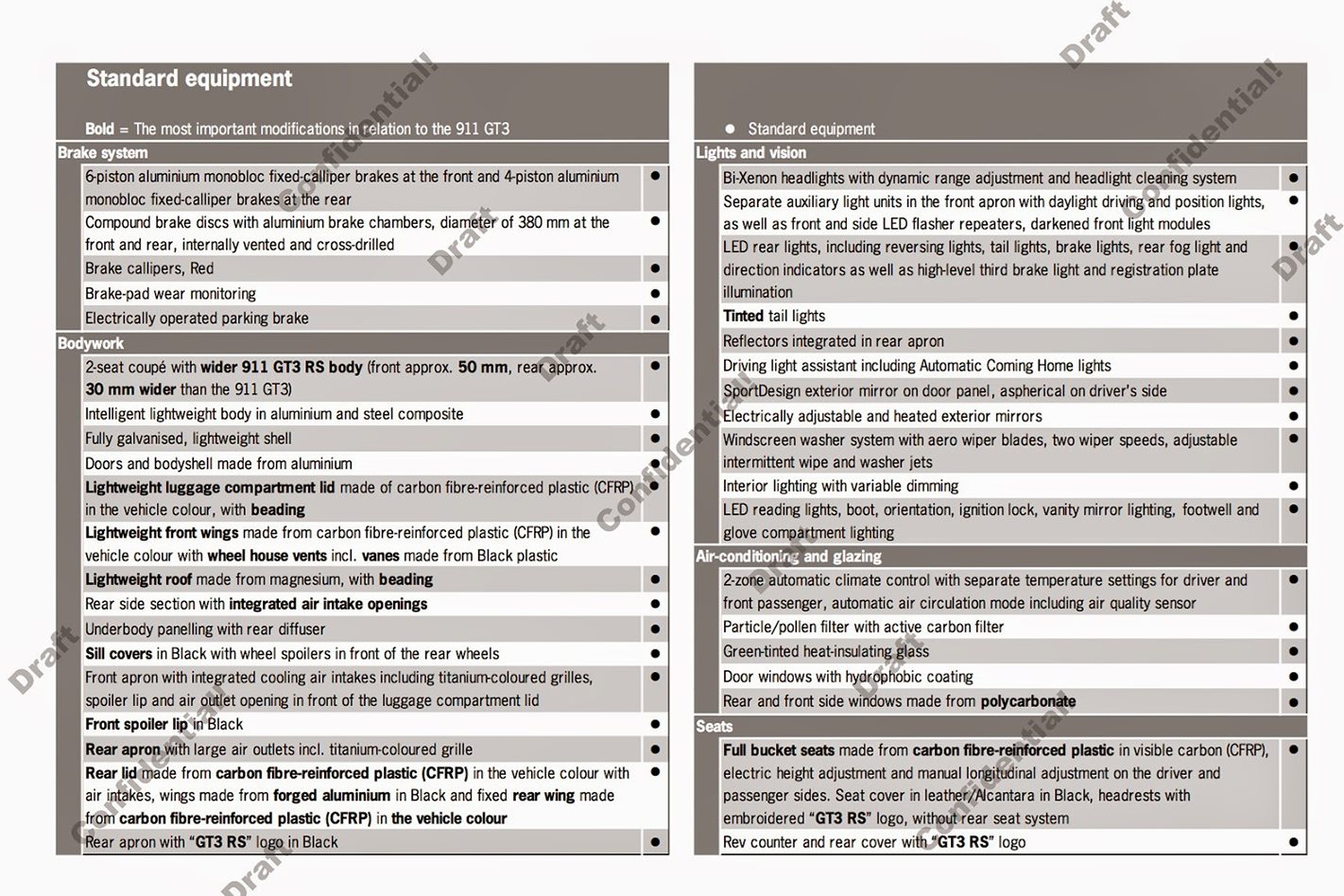 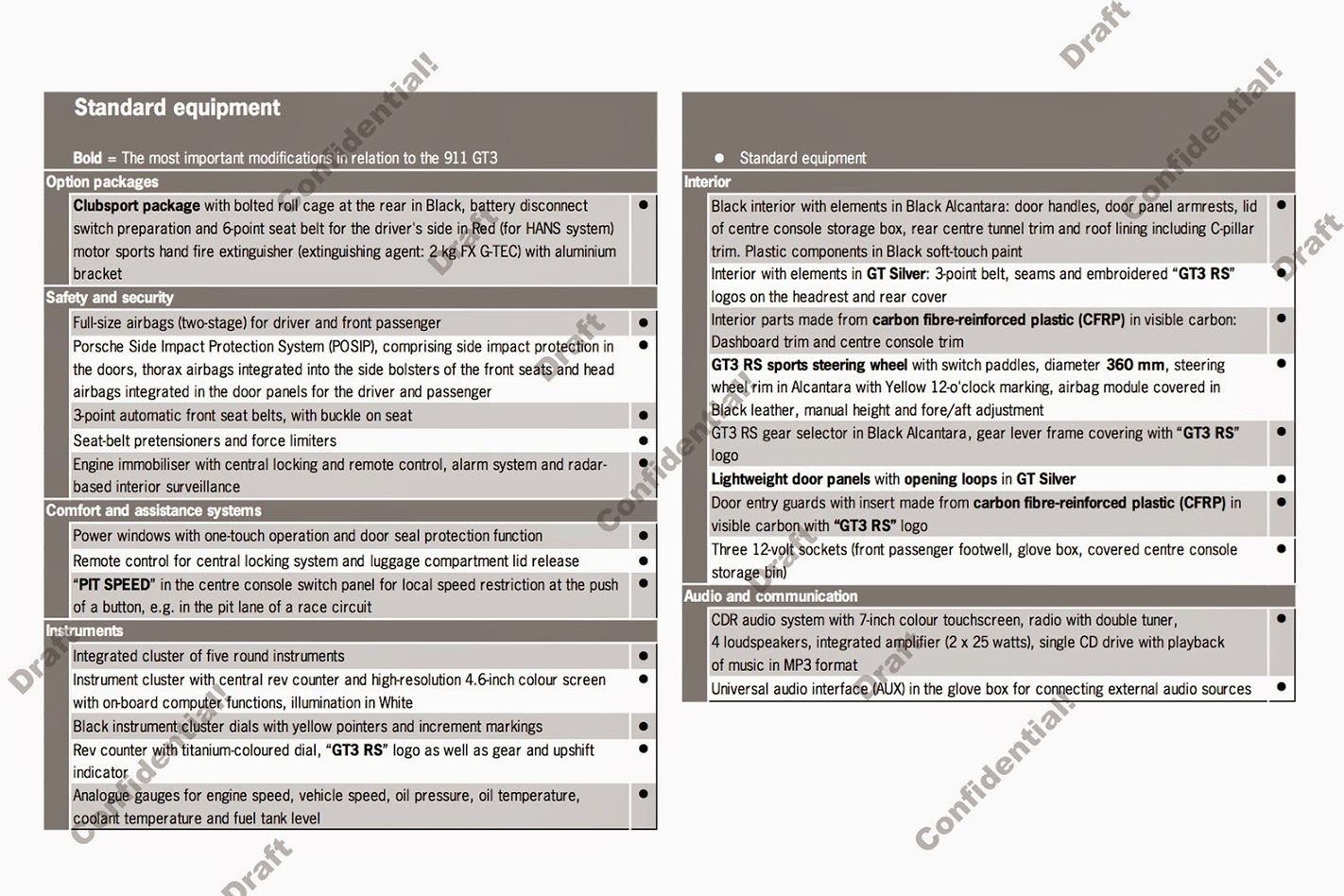