While it mightn’t have been a big surprise to Detroit Auto Show-goers, Alfa Romeo’s drop-top Spider interpretation of its 4C sportscar garnered a lot attention at the event.

With its near targa-esque body styling, the Spider stays reasonably faithful to the rag-top design concept debuted at 2014’s Geneva show.

Crucially, though, the Spider robs little of the 4C Coupe’s gorgeous styling template and modern-classic proportions.

The similarities owe much to the 4C coupe’s super-rigid carbonfibre monocoque construction and, thus, there is little in the way of structural reinforcement or alterations required to imbue the Spider with requisite dynamic talent.

Its targa-type silhouette is certainly reminiscent of Lotus’s Elise design – like its logical lightweight counterpart, the fabric roof foregoes weight-robbing electric automation and is purely a manual installation affair.

Similarly, the roof rolls up and stows in the rear boot compartment.

The roof attaches to an inconspicuous integrated aluminium roll bar, while a carbonfibre removable hard lid will be made available as an option.

Close inspection reveals few differences between Coupe and Spider body work; the rag-top displays a little more of its carbonfibre make-up in areas and there’s a transparent engine cover to reveal the turbo four-cylinder engine to onlookers.

Mechanically, the initial production version of the Spider mirrors the Coupe faithfully, maintaining the latter’s 177kW and 350Nm 1.7-litre turbo four, though the Spider features a revised turbocharger.

Geeky details abound in what’s clearly an enthusiast-bred machine, with the windshield and side glass said to be marginally thinner than that of the Coupe to keep tabs on excess weight.

Speaking of weight, there’s very little separating the Spider from Coupe – the drop-top version tips the scales at 1128 kilograms, a deficit of just 10 kilograms against its coupe brethren.

Inside, the (US-spec) launch Spider is due to receive a full-leather interior currently only available in a high-spec 4C Coupe, while the seats are constructed from a mix of carbonfibre and CFRP (carbonfibre reinforced plastic).

Said to be available only with a paddle-shifted twin-clutch transmission, Alfa Romeo claims that the Spider will match the Coupe’s 0-400m acceleration claim of 4.2sec.

As for handling prowess, the featherweight Alfa is said to generate beyond 1.0G of lateral grip for peak cornering load.

With the first examples of the 4C Coupe (finally) arriving in Oz right now in preparation for its February debut, best estimates place the Spider’s arrival Down Under as late 2015 or possibly early 2016. 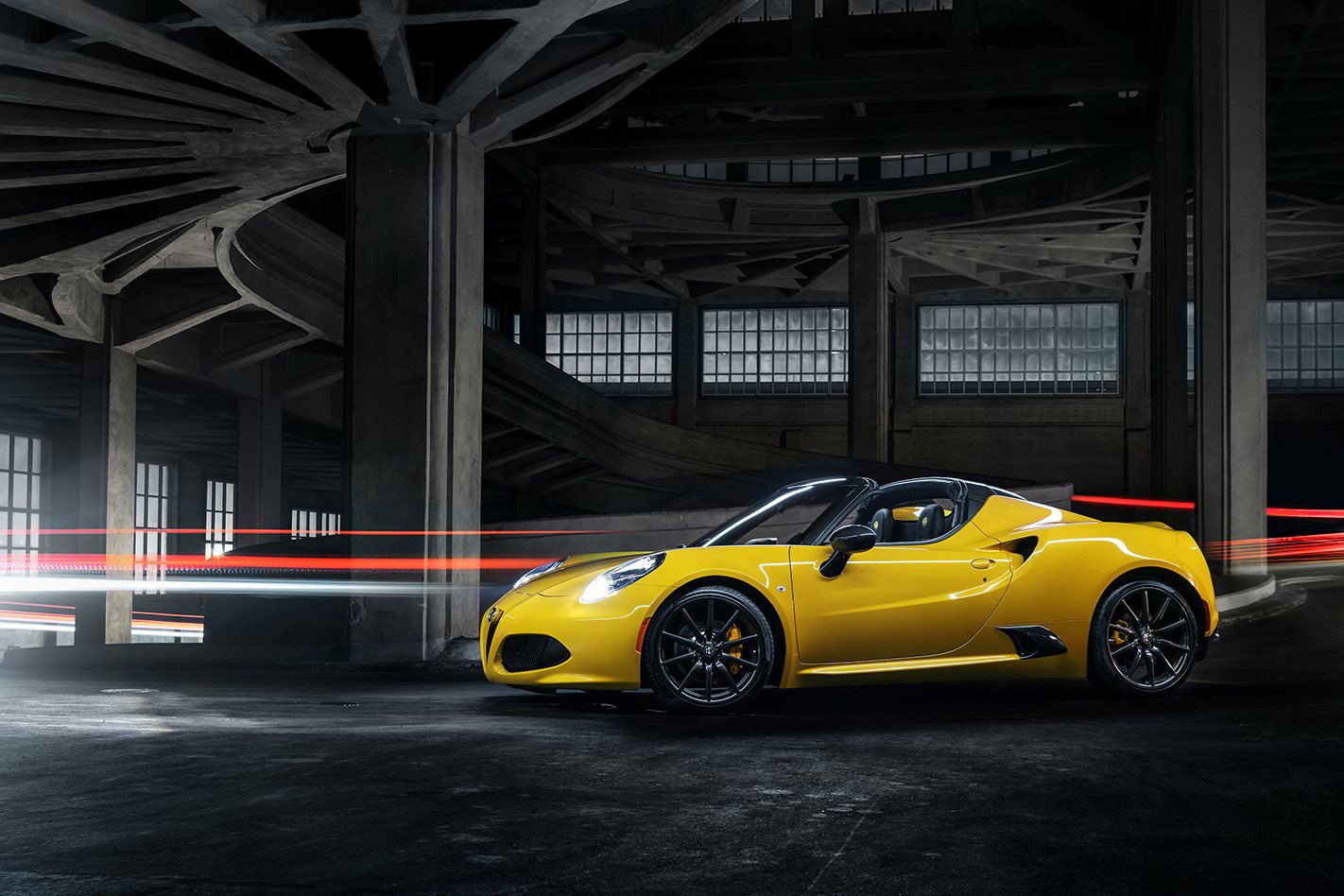 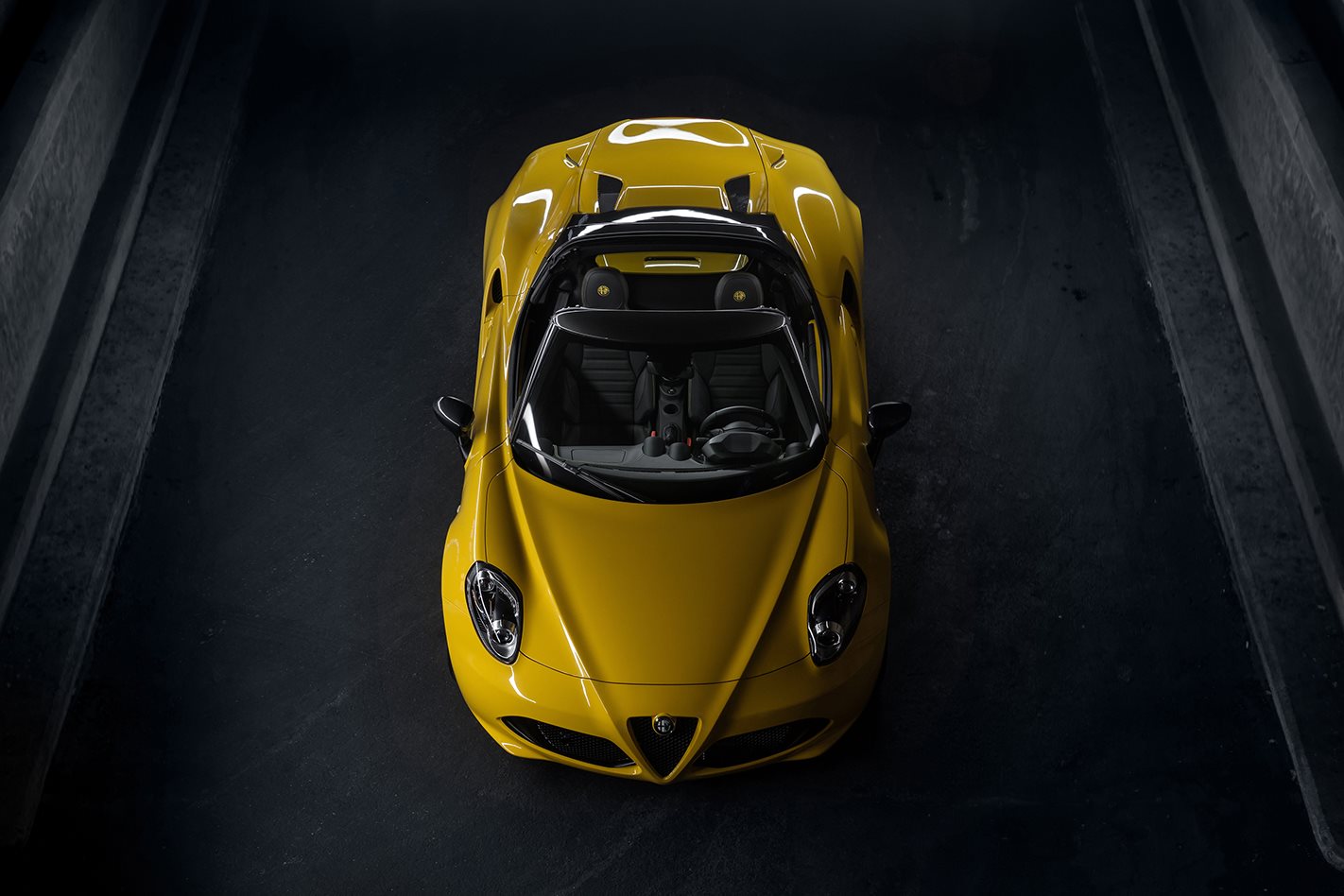 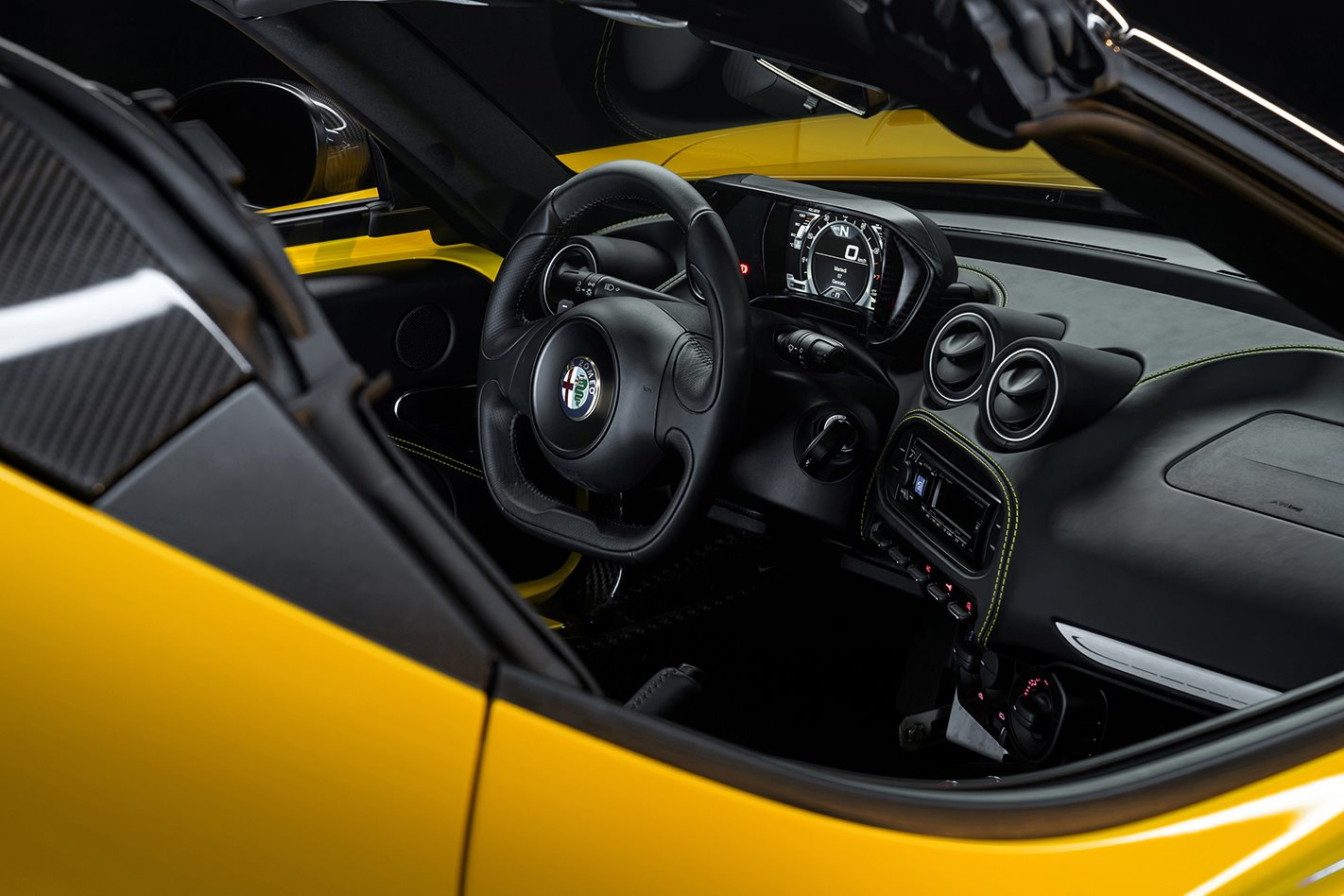 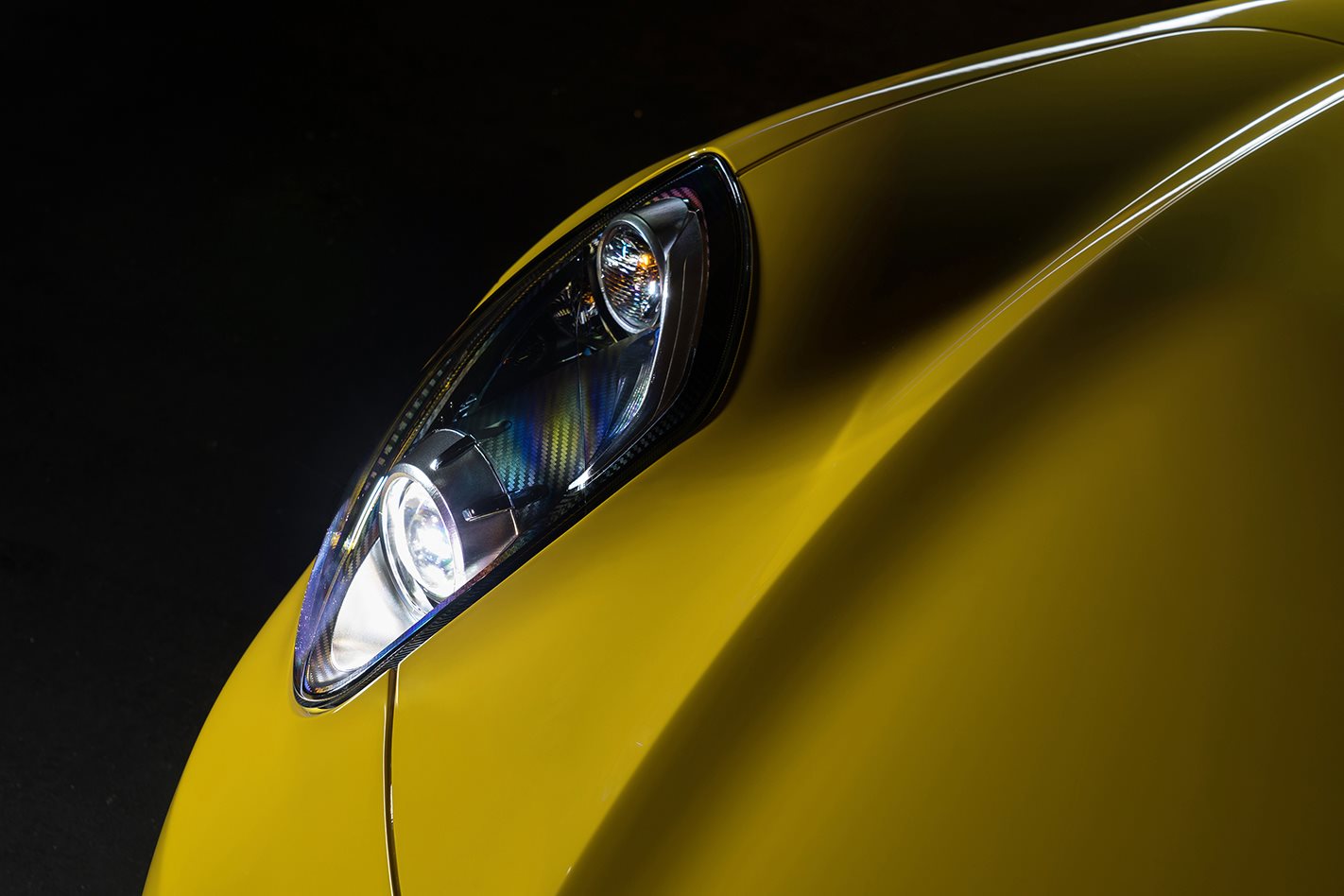 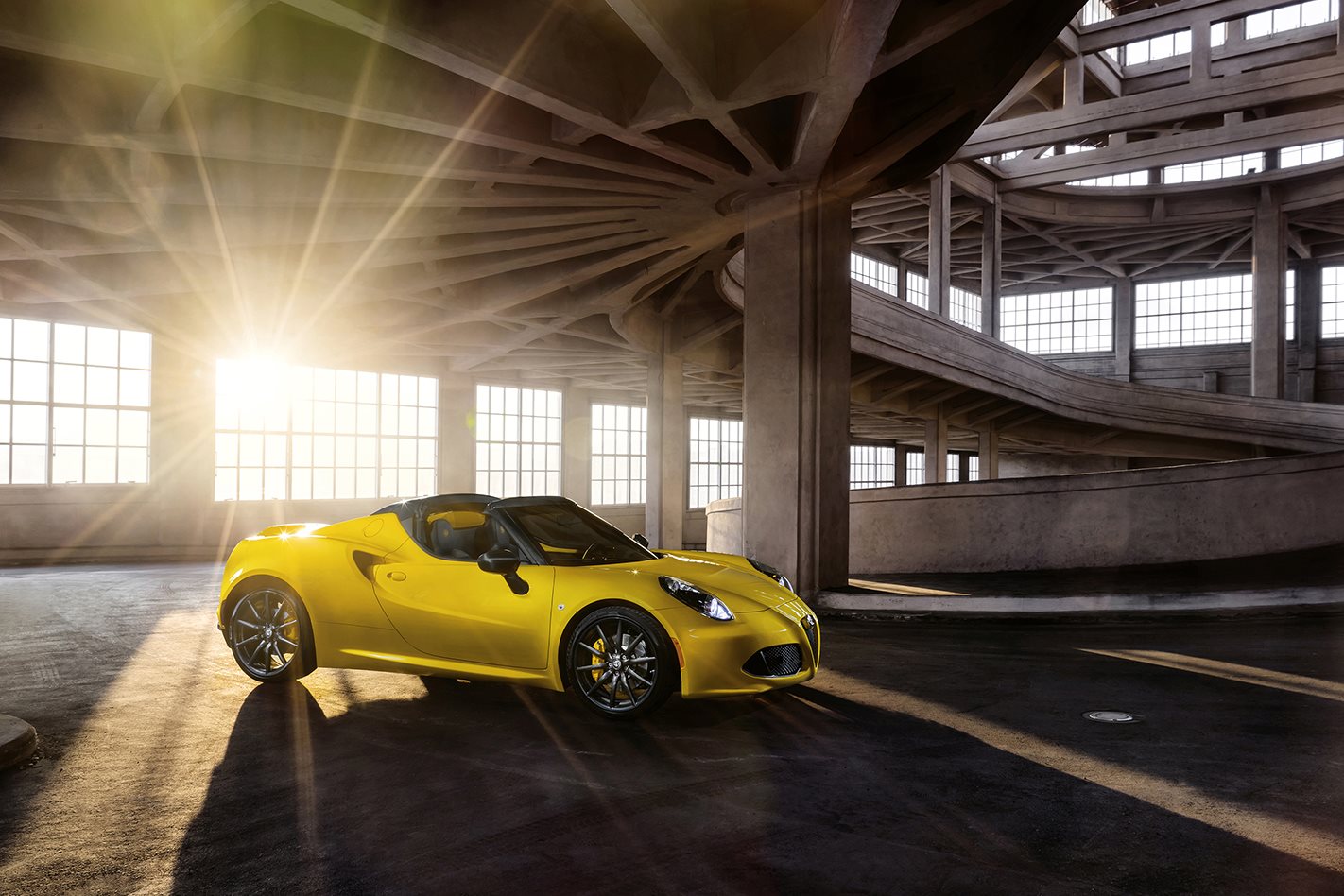 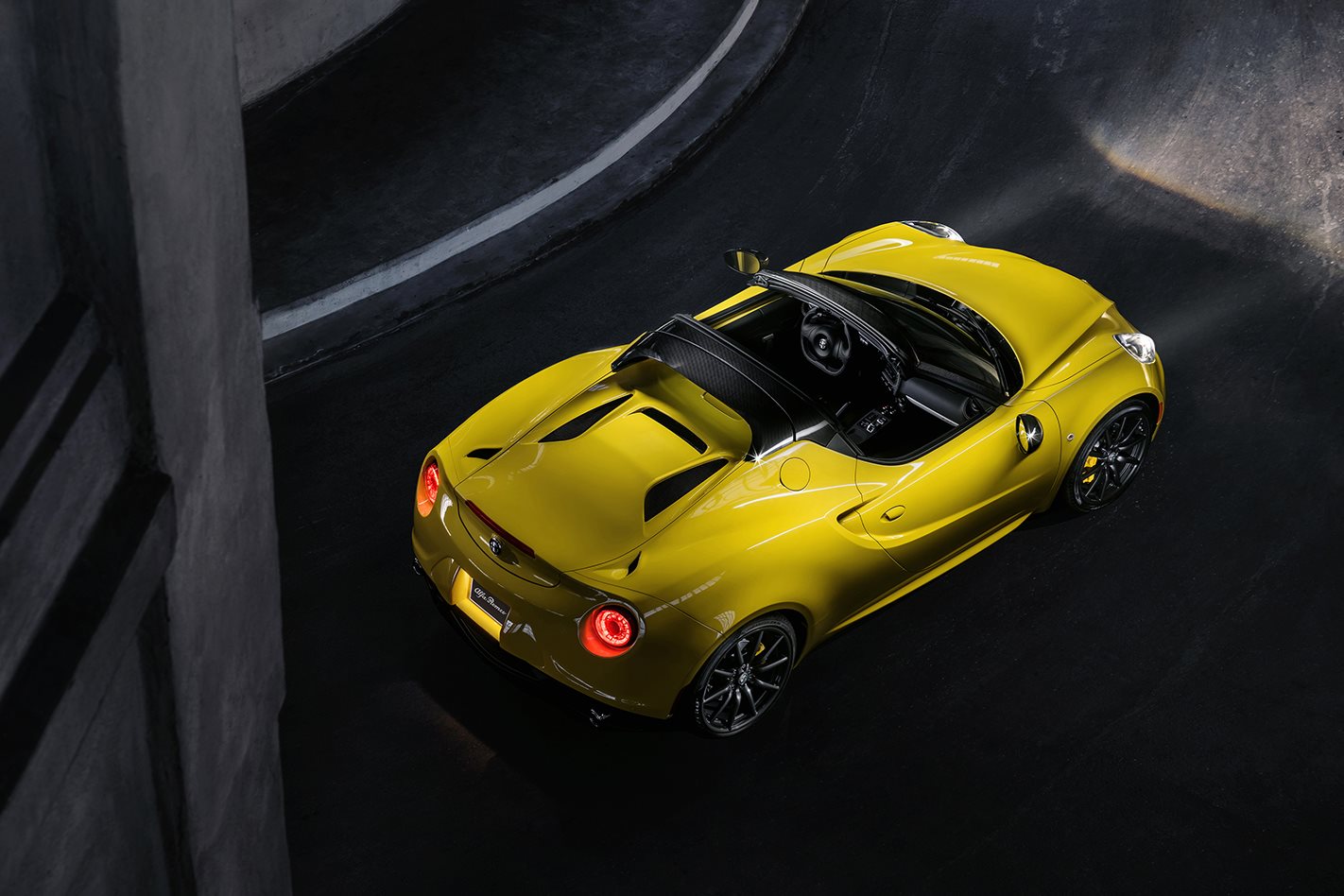 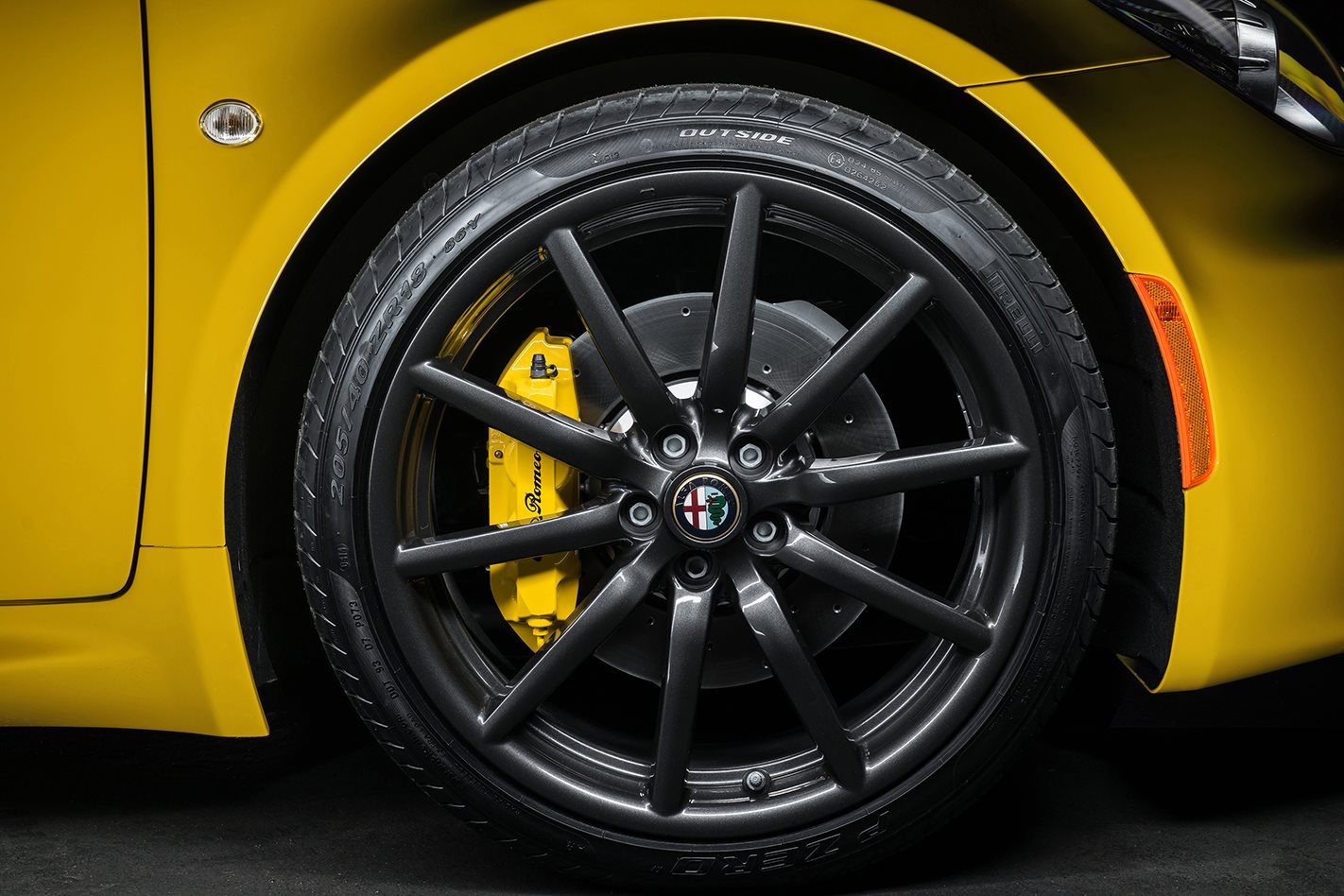 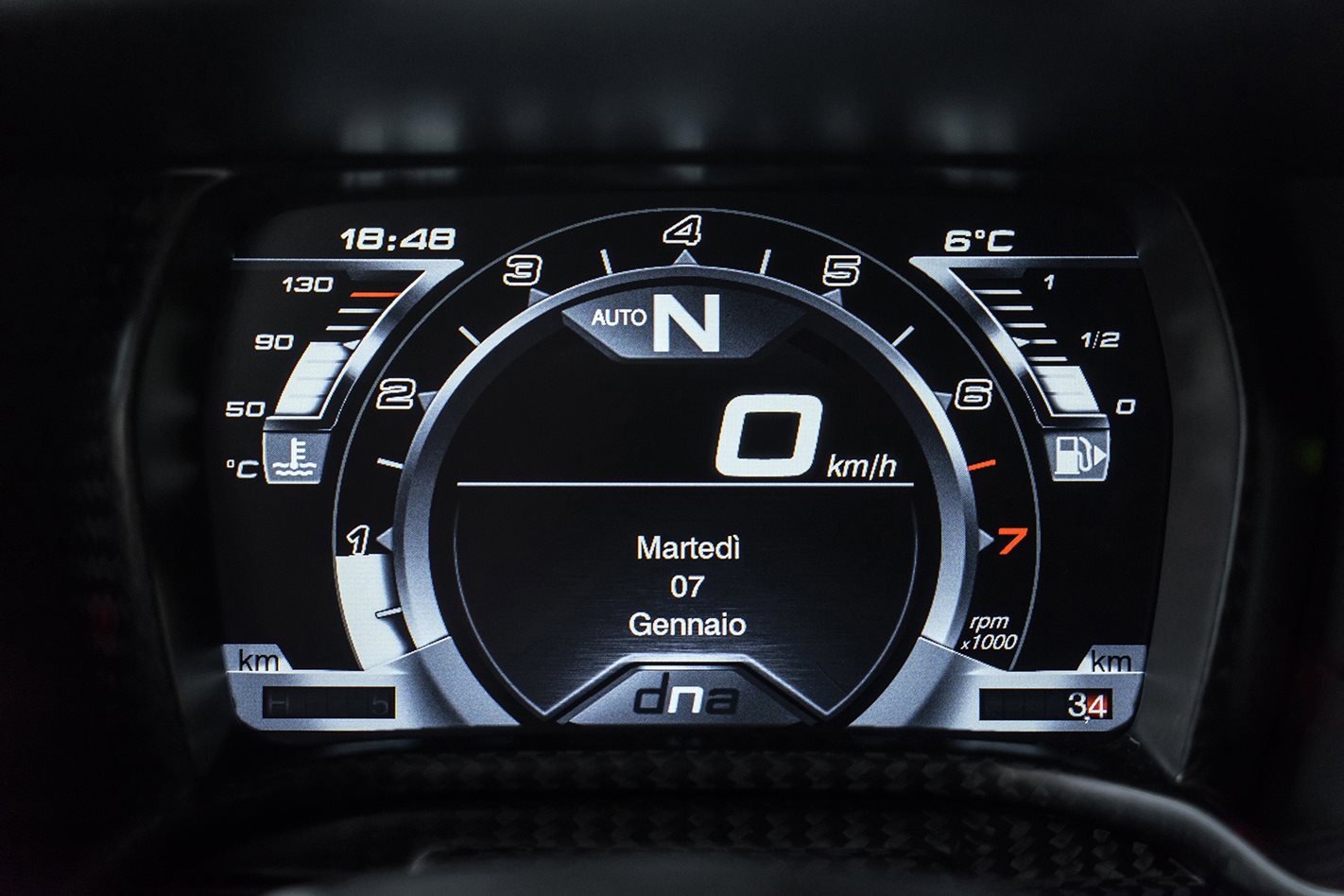 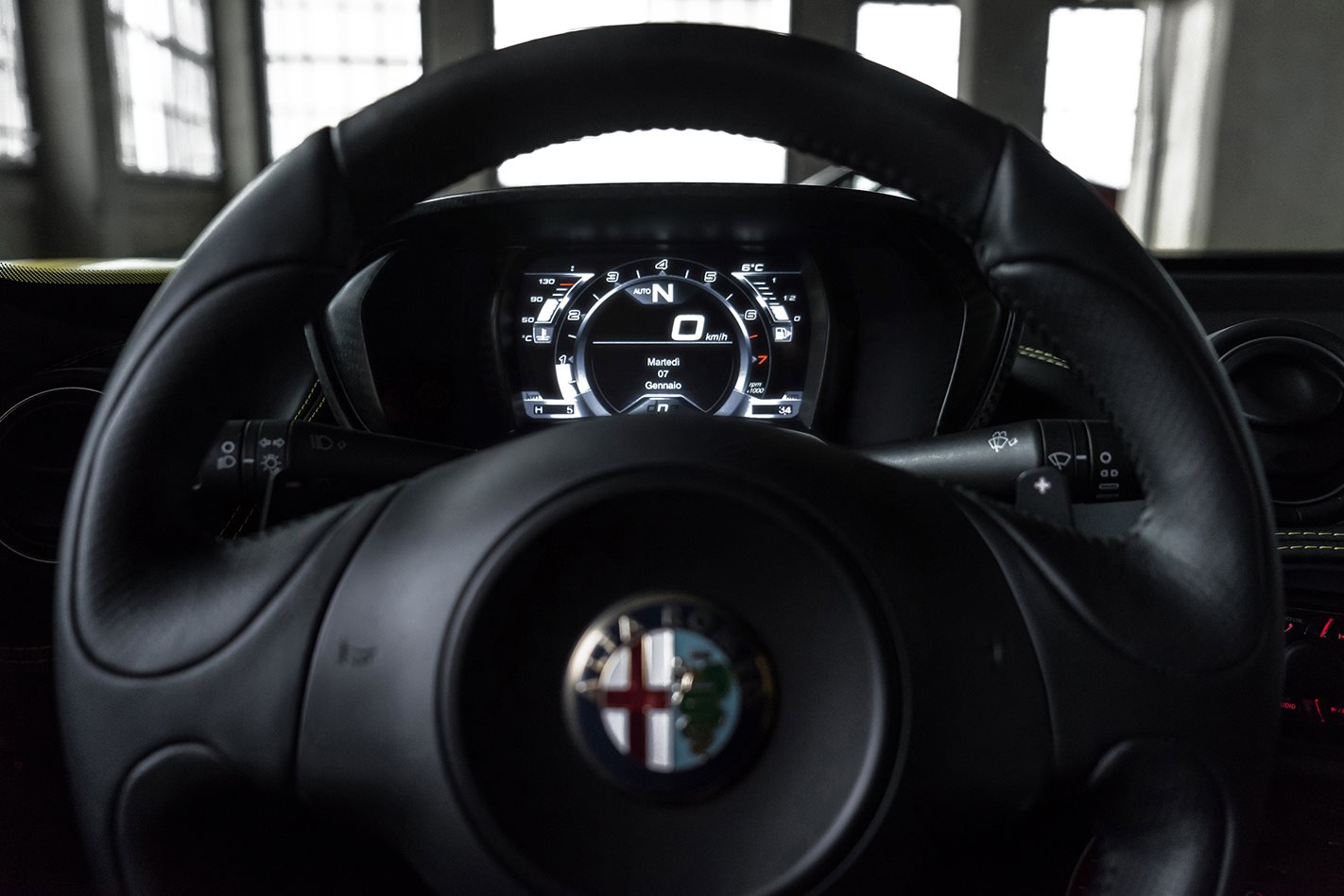 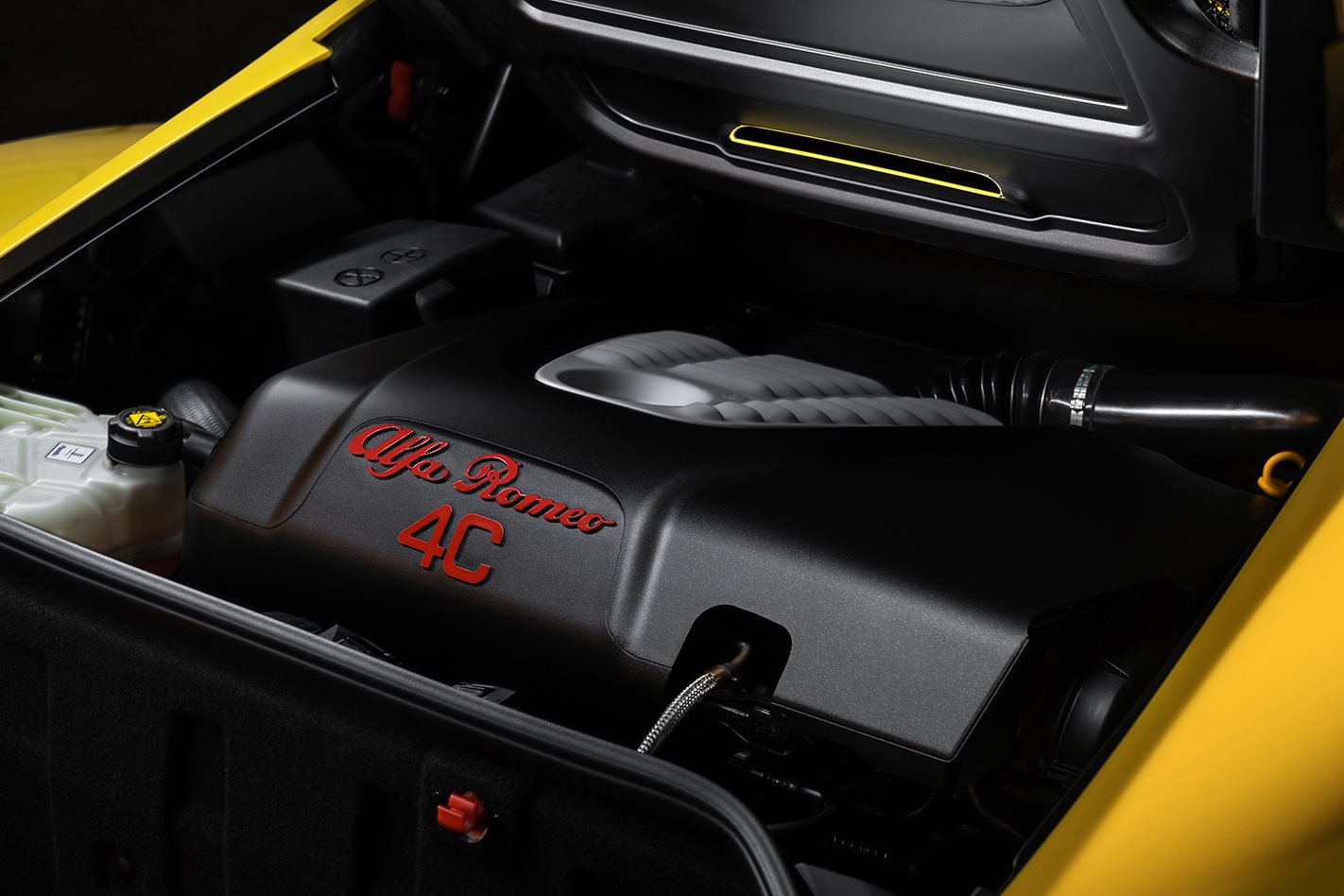