On a scale of 1-9, how wild would you like your Supra?

Toyota has decided to make sure everyone know the Supra is still a car for tuners to play with, just like its predecessors. So, the brand showed up to the 2019 SEMA show with no less than nine different versions of the Toyota GR Supra.

Toyota’s US marketing VP Ed Laukes says 2019 has been “momentous” for Toyota, explaining the reason for so enthusiastically celebrating the new Supra.

“The eagerly anticipated 2020 GR Supra stole the show when it debuted at the North American International Auto Show in Detroit, and this year marks the 40th anniversary of Toyota Racing Development.

“From NHRA drag racing and drifting to the NASCAR and IMSA racing series, TRD continues to push the limits of what a Toyota can do.”

Without further ado, here are the cars Toyota is celebrating with. 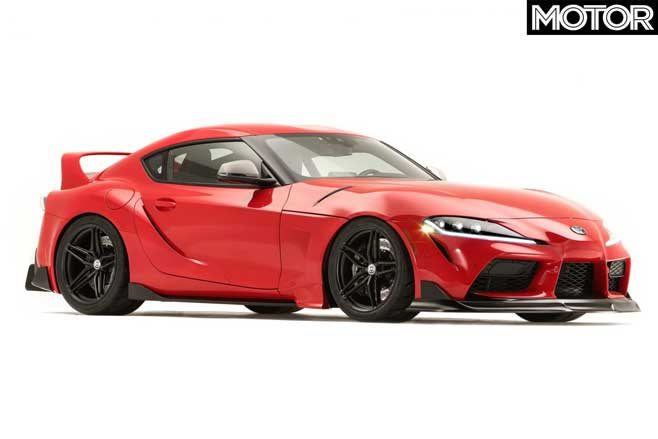 Laukes himself was so keen to celebrate the Supra, he modified one. As part of a friendly competition with NASCAR commentator Rutledge Wood (dubbed GRudge Match build-off), Laukes created the Heritage Edition as a nod to the MkIV Supra that’s become iconic.

Visual cues aside, the Heritage also hides a 373kW version of the B58 straight-six turbo under its bonnet, with open-wheel racing derived rear suspension and a set of lowered adjustable coilovers. 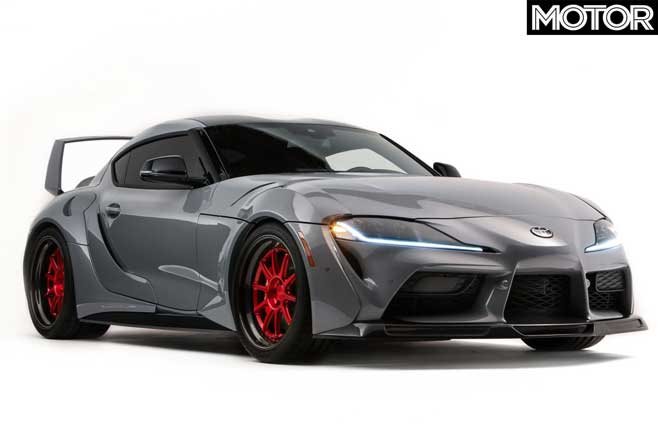 The competitor to the Heritage, Rutledge Wood’s ‘dream’ Supra is less visually aggro but more potent in terms of outputs.

“I was excited for the return of the Supra for 2020, but I was thrilled at the chance to build one for the SEMA Show to go up against the GR Supra that Ed Laukes’ team put together,” Rutledge says.

The aptly named HyperBoost wins the power war with 559kW thanks to a new Garrett turbo and a fresh exhaust design. 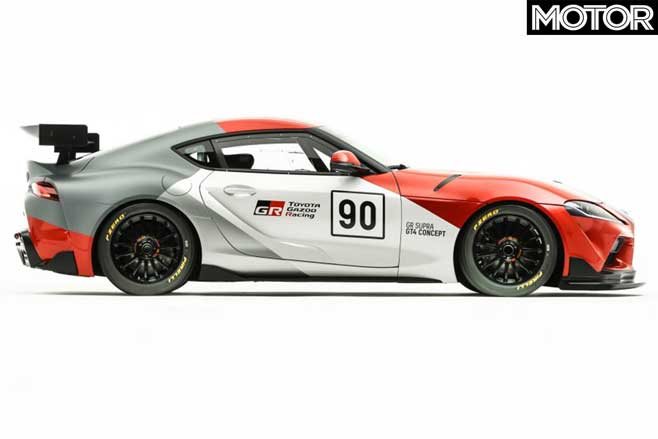 This already-revealed concept is confirmation from Toyota that it will launch the GR Supra GT4 as a proper racing car in 2020, hoping to “shake up the competition and foster growth and interest among privateer racers.”

With factory engine and transmission, albeit with a motorsport ECU, the GT4 isn’t a massive step away from the road car. It does, however, have competition-spec coil-overs and Toyota racing  anti-roll bars, along with stronger brakes and lightweight Oz racing wheels. 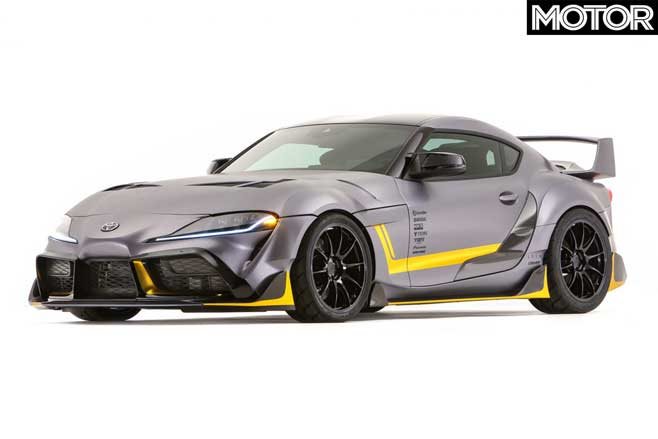 This retro-looking concept by Toyota Customizing & Development (TCD) is a nod to the 1994 TRD3000GT the TCD team created as a limited edition widebody version of the MkIV Supra.

The original bodykit was released in “celebration of the Supra’s success in the All-Japan Grand Touring Car Championship.”

Changes to this car according to Toyota are limited to styling and interior changes, though lighter wheels and Brembo GT-S Monobloc brakes are the exception. 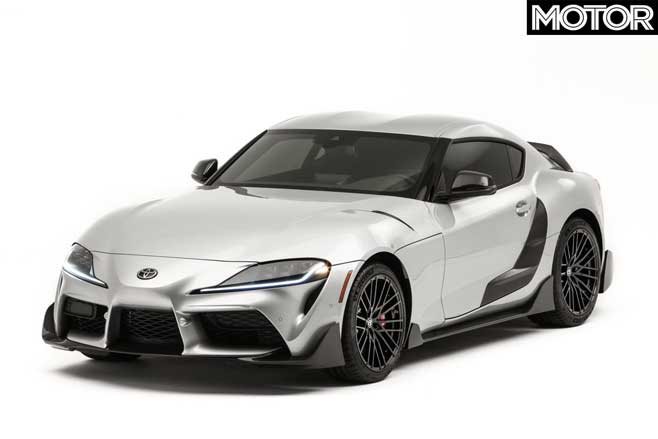 A carbon fibre aero pack is the biggest change for this Supra, having been designed by TCD as a more road-friendly and attainable body alteration to the new GR Supra.

“The GR Supra is a driver’s car so the aerodynamics should contribute to the overall balance and handling of the vehicle,” says project lead Heru Adi Nugroho. 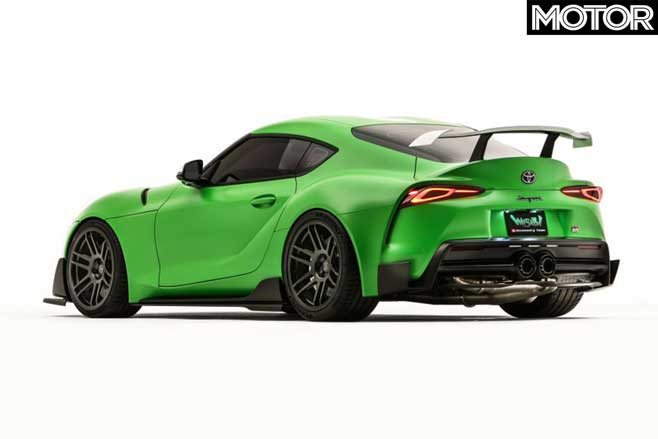 Toyota says the ‘Wasabi’ build focuses on “enhancing performance without compromise,” however there’s no mention of any actual performance modifications. Well, not in terms of drivetrain work, anyway.

An exterior package with spoiler, a set of 20-inch forged aluminium wheels, Michelin Pilot Sport 4S tyres, a set of Brembos, plus Öhlins adjustable dampers and a strut tower brace appear to be the most significant modifications to the Wasabi. 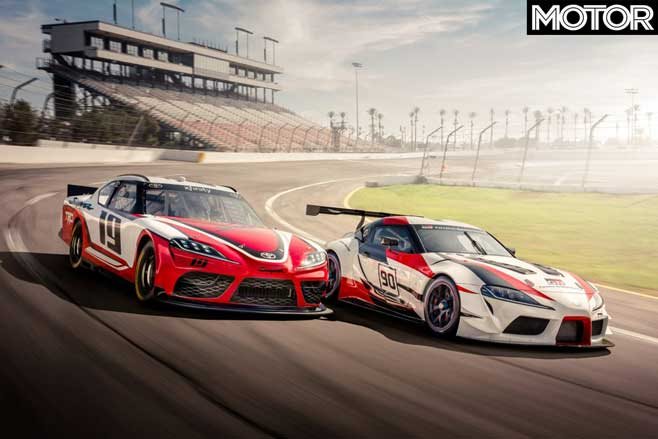 The Xfinity series Supra, which is a competitor in NASCAR’s feeder series, has already been seen. In fact, it’s already been racing. Toyota is keen to note that driver Christopher Bell “holds the top spot in the driver standings with his no. 20 Supra for Joe Gibbs Racing in the NASCAR Xfinity Series.” 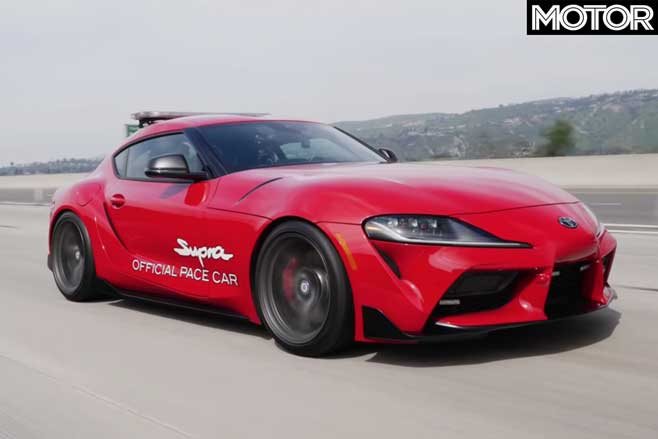 Speaking of the Xfinity Series – here’s its 2019 Pace Car!

This is essentially a stock Supra with a roof-mounted light bar, adjustable coil-overs, and upgraded brakes. 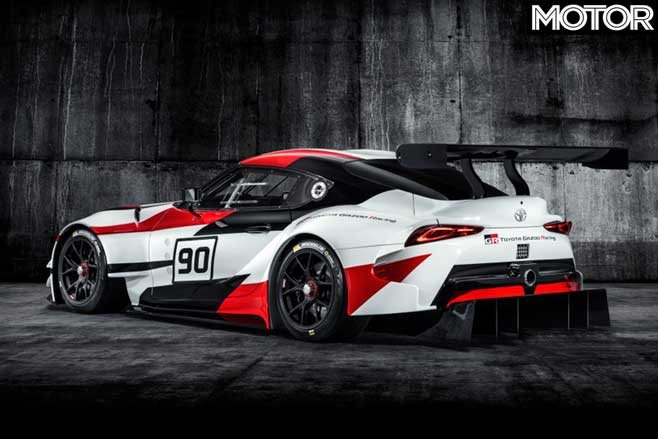 One of the oldest Supras on show was this, the GR Supra Racing Concept which was revealed in Geneva back in early 2018.

It was one of the first looks at the new Supra we’d had, and its styling turned out to be a pretty accurate indication of what we could expect.

So, which is your favourite? Let us know in the comments below! 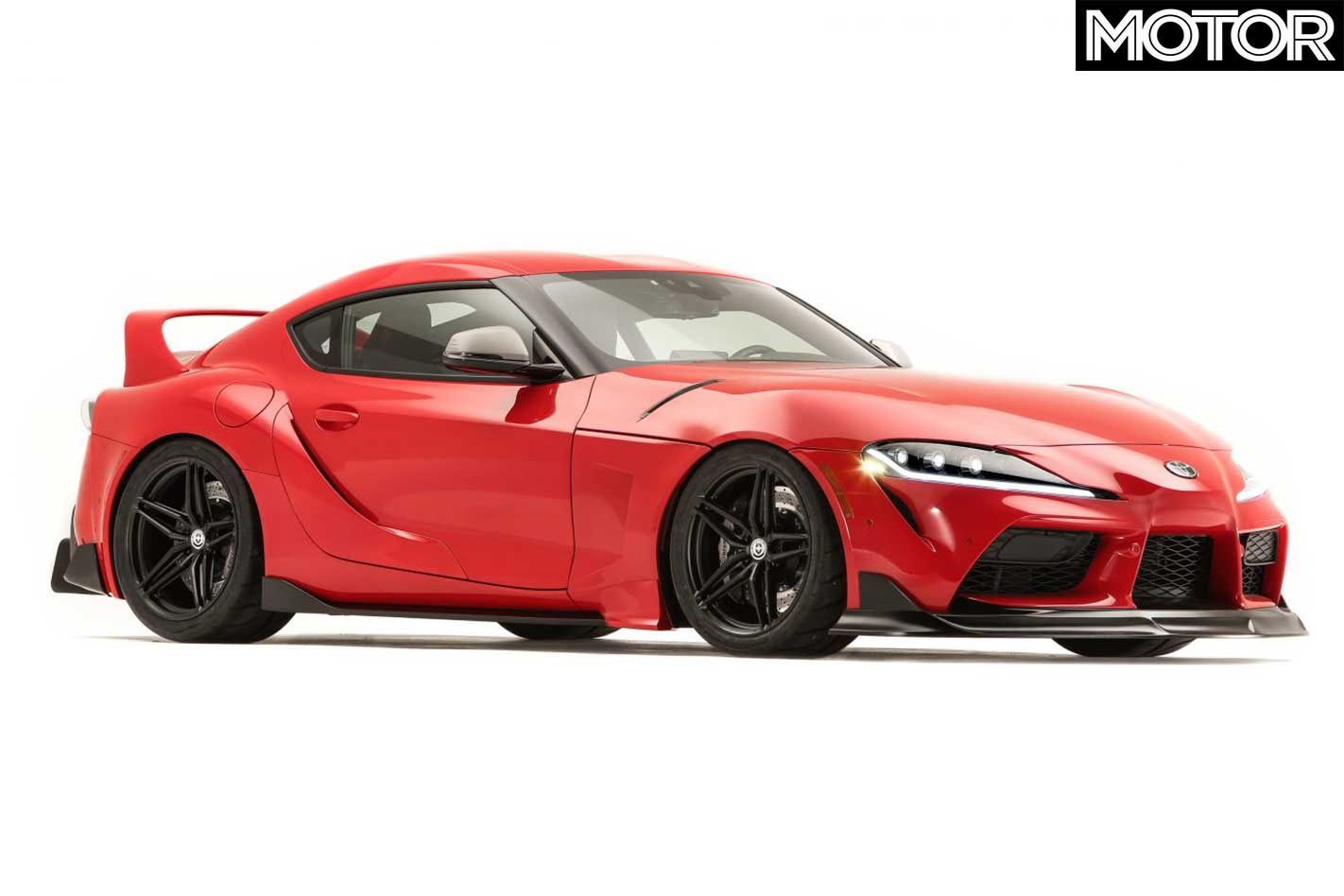 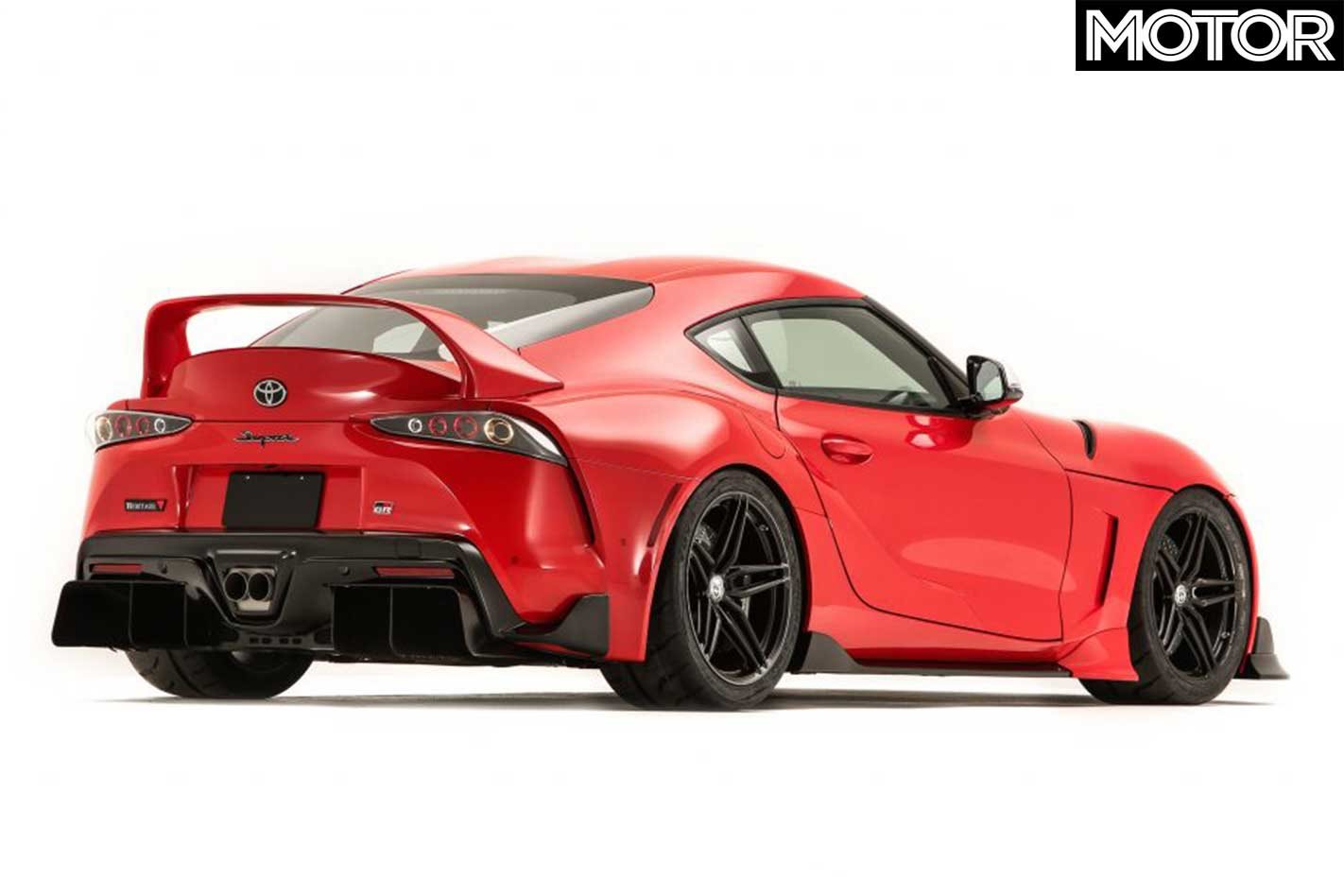 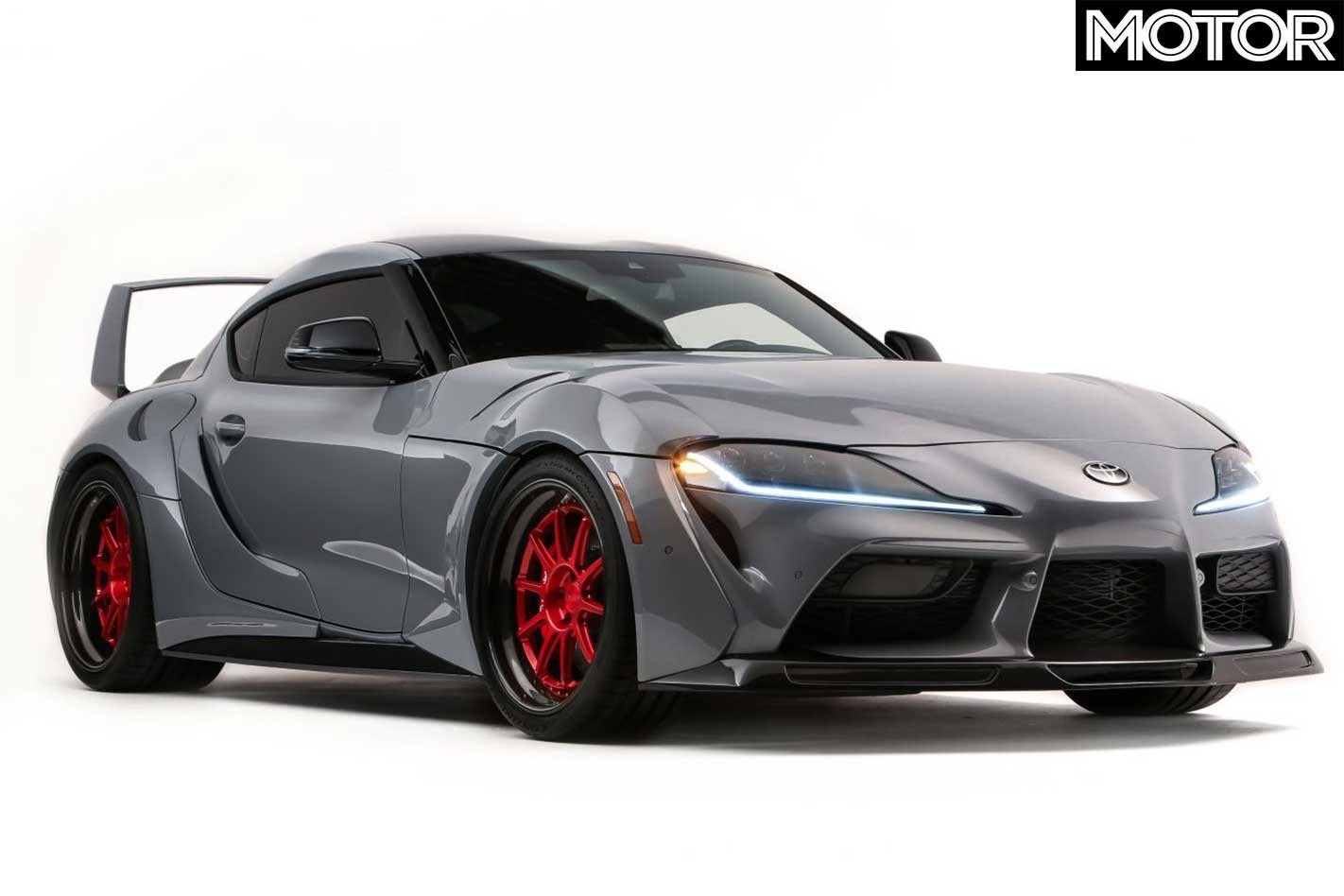 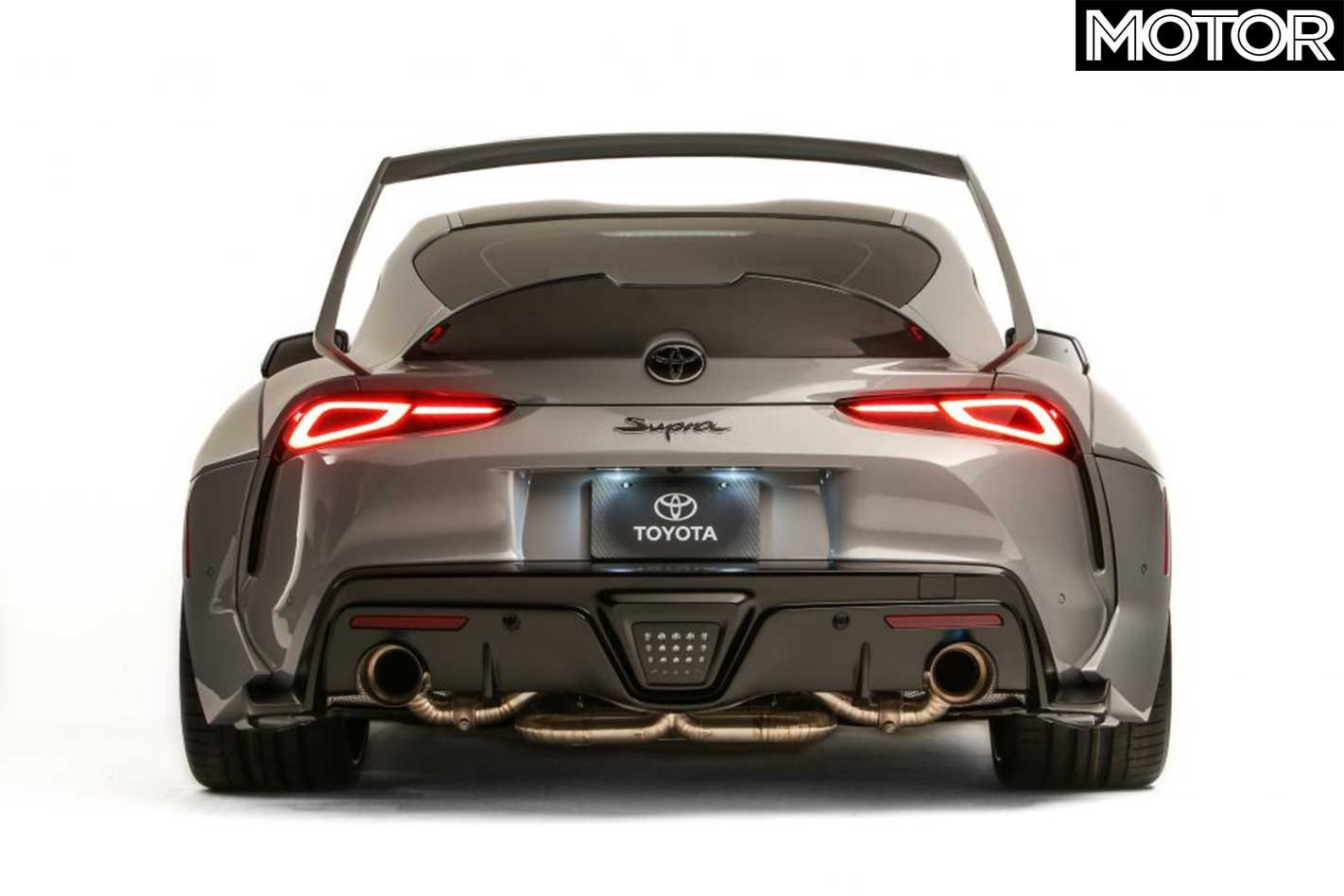 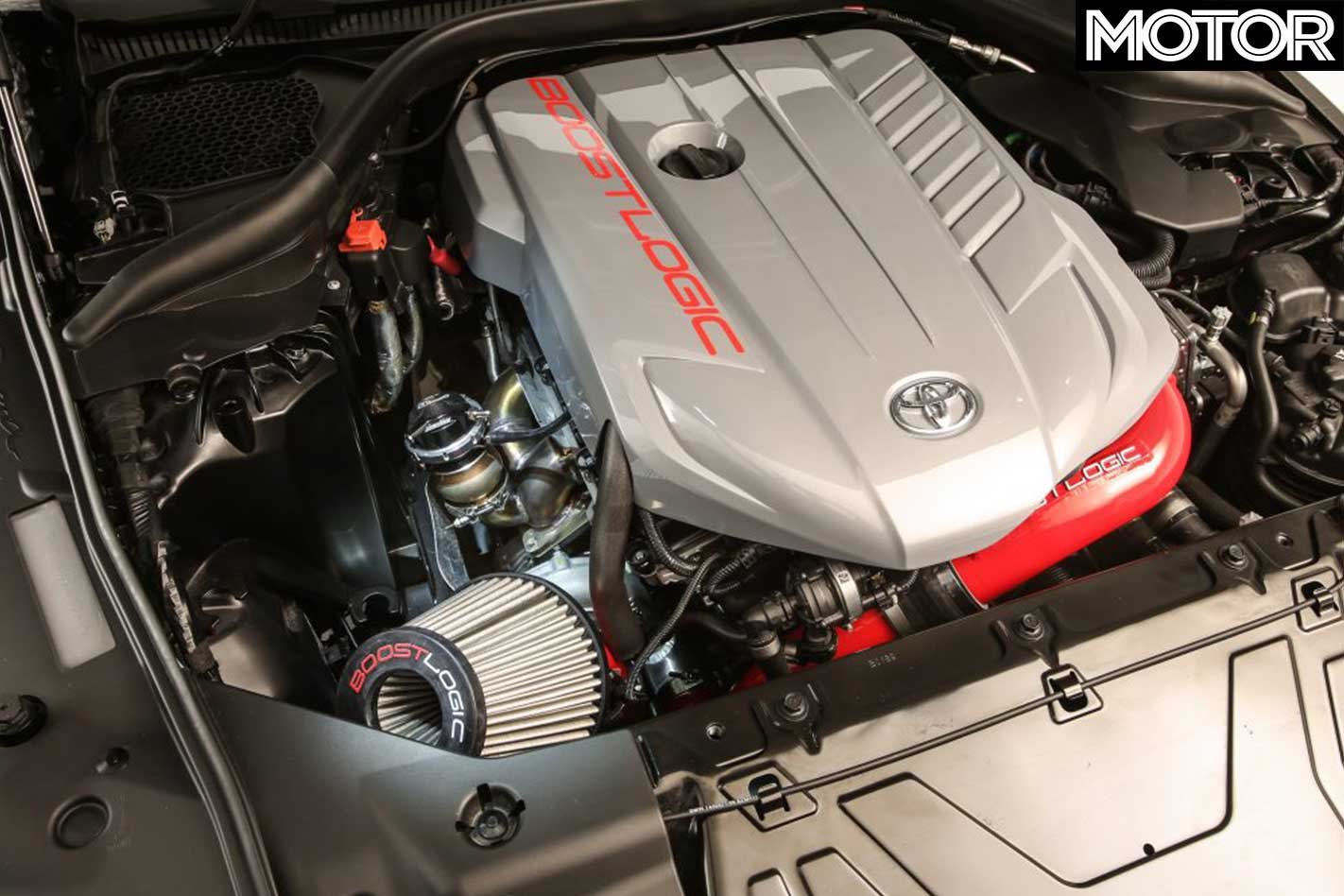 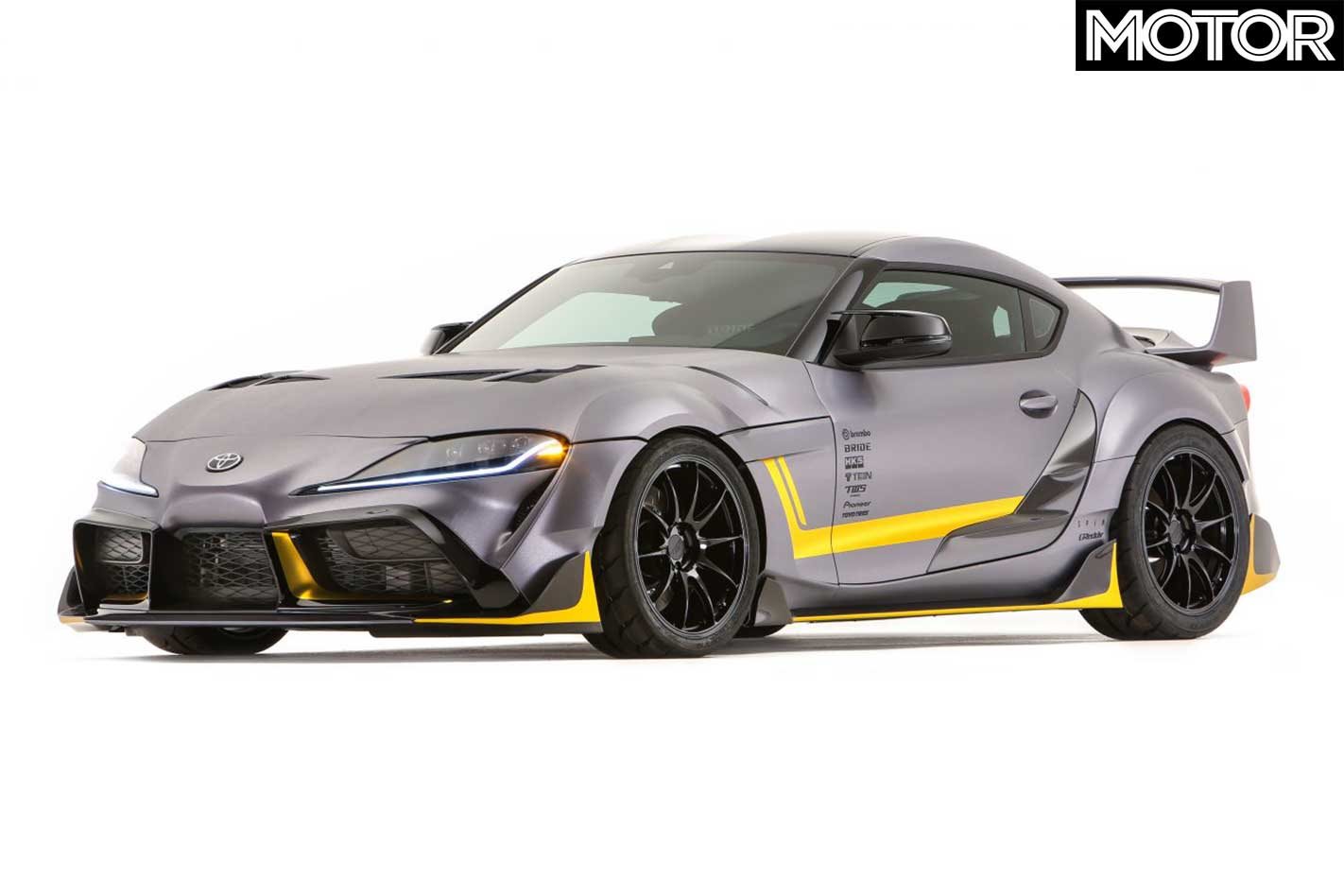 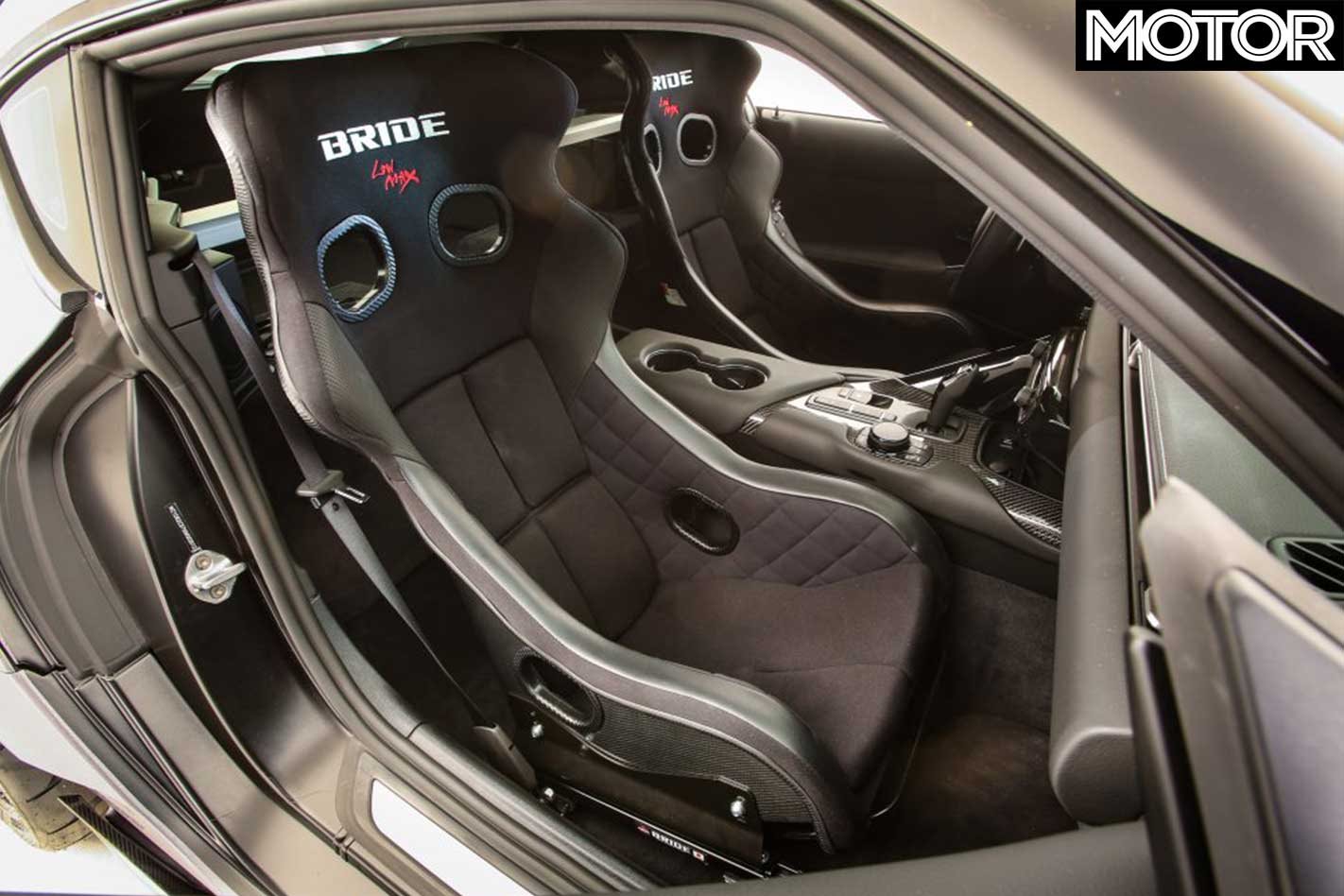 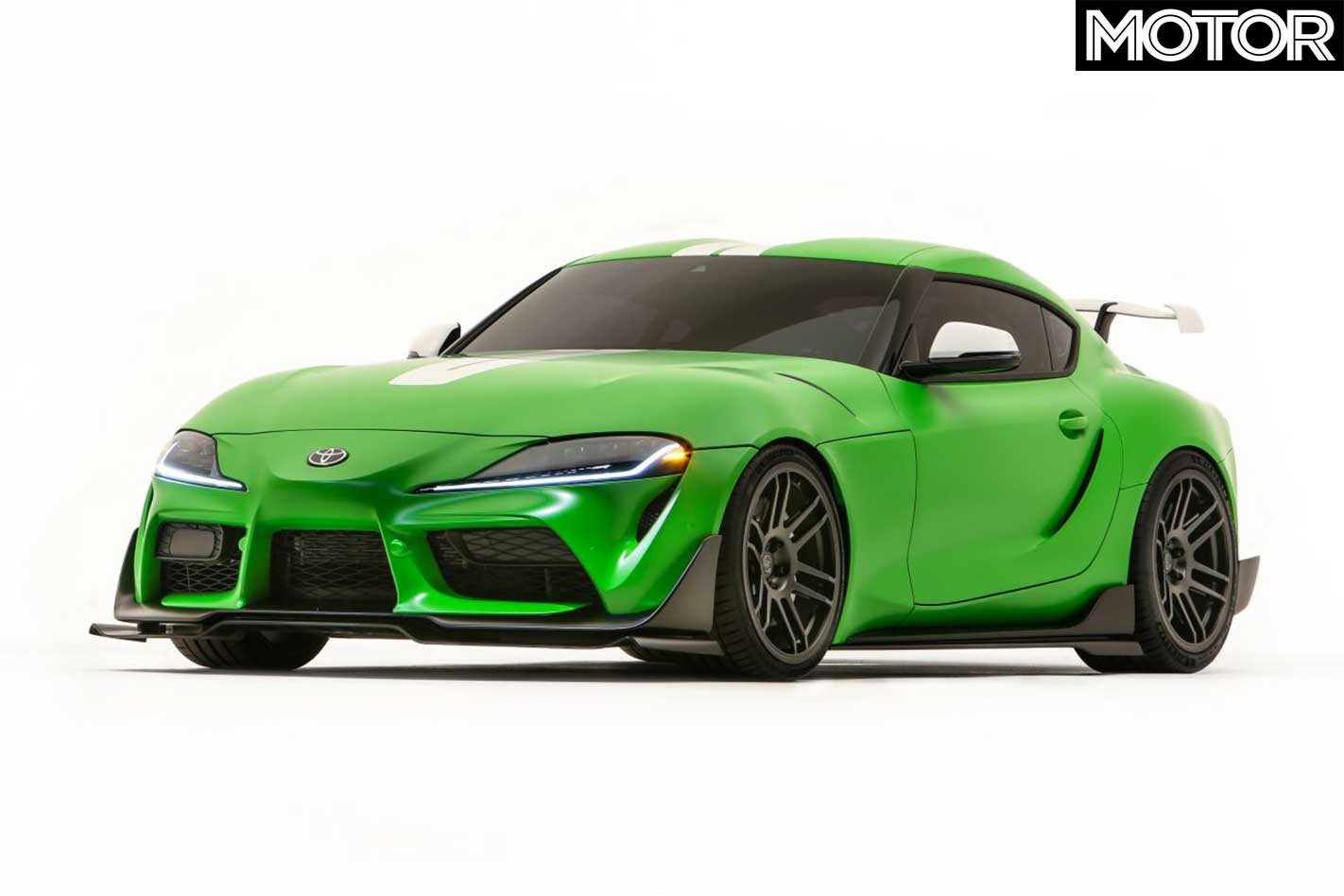 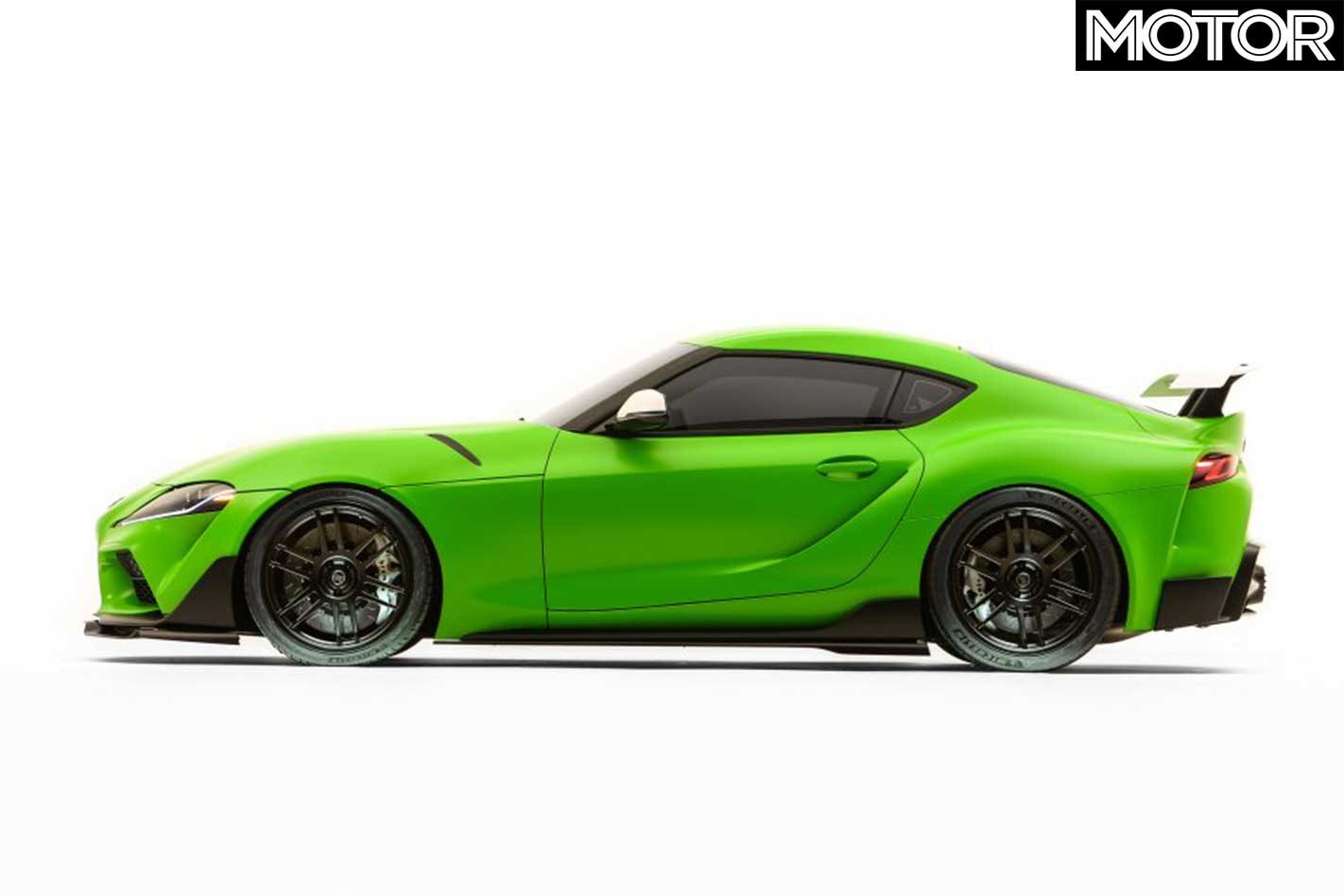 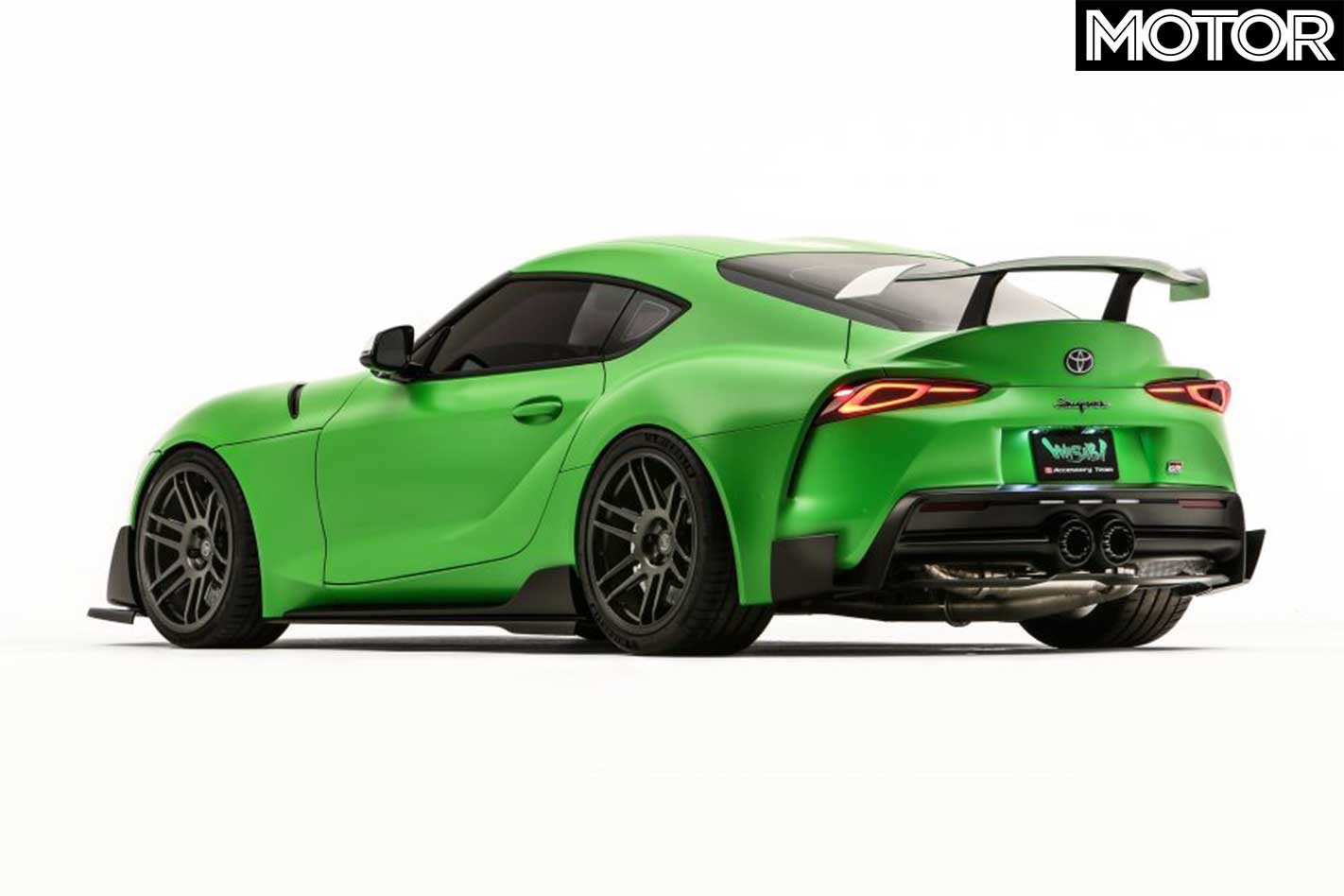 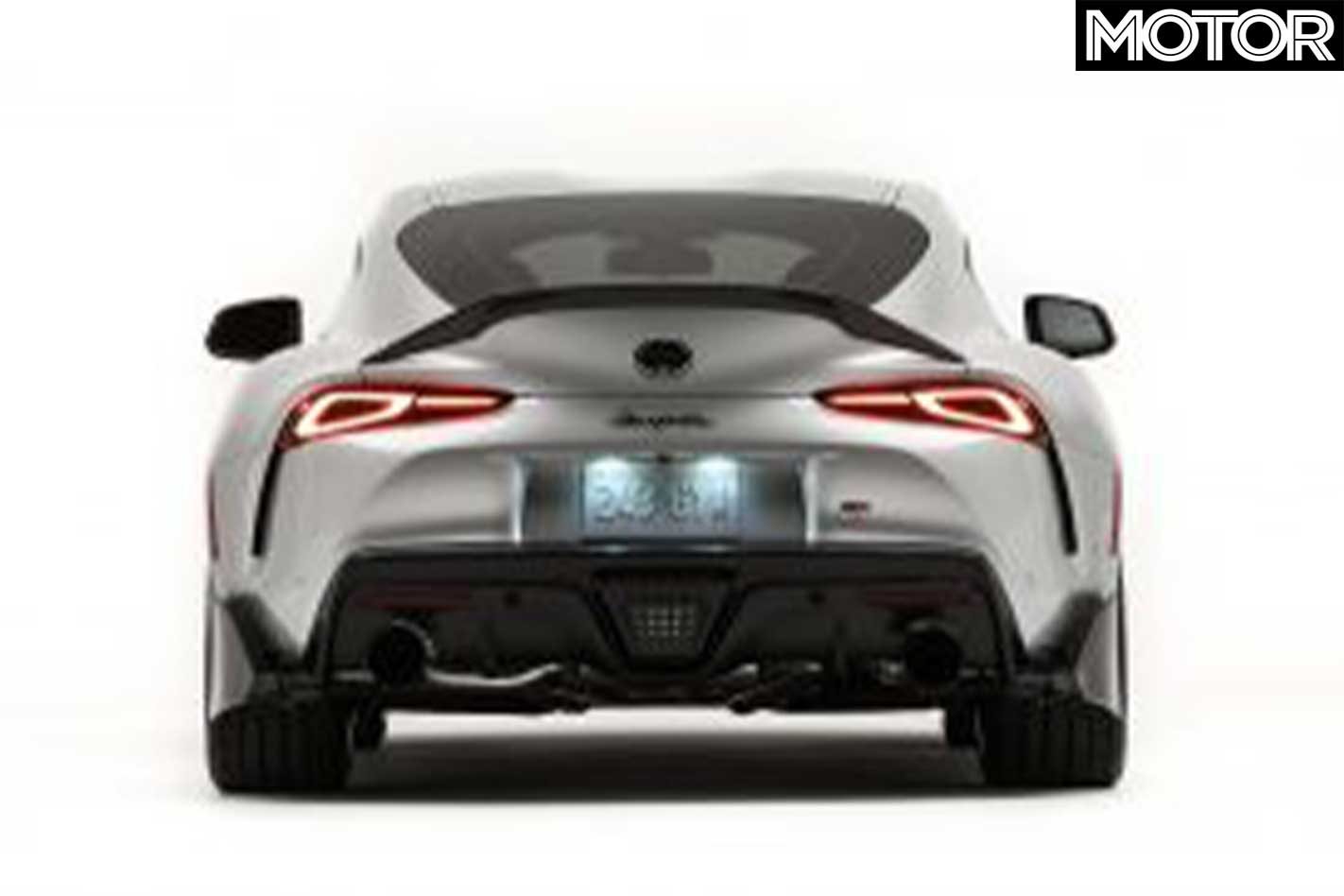 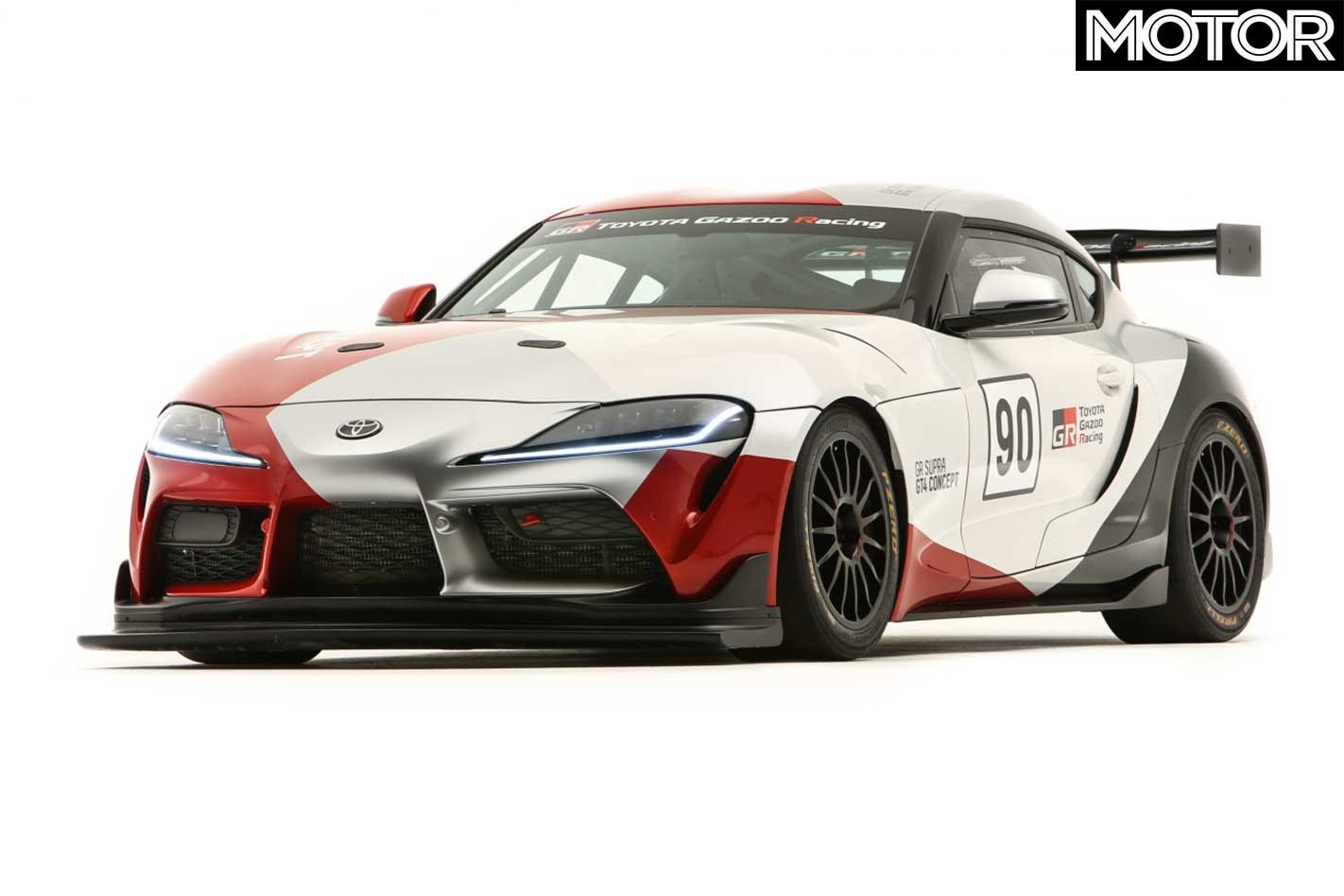 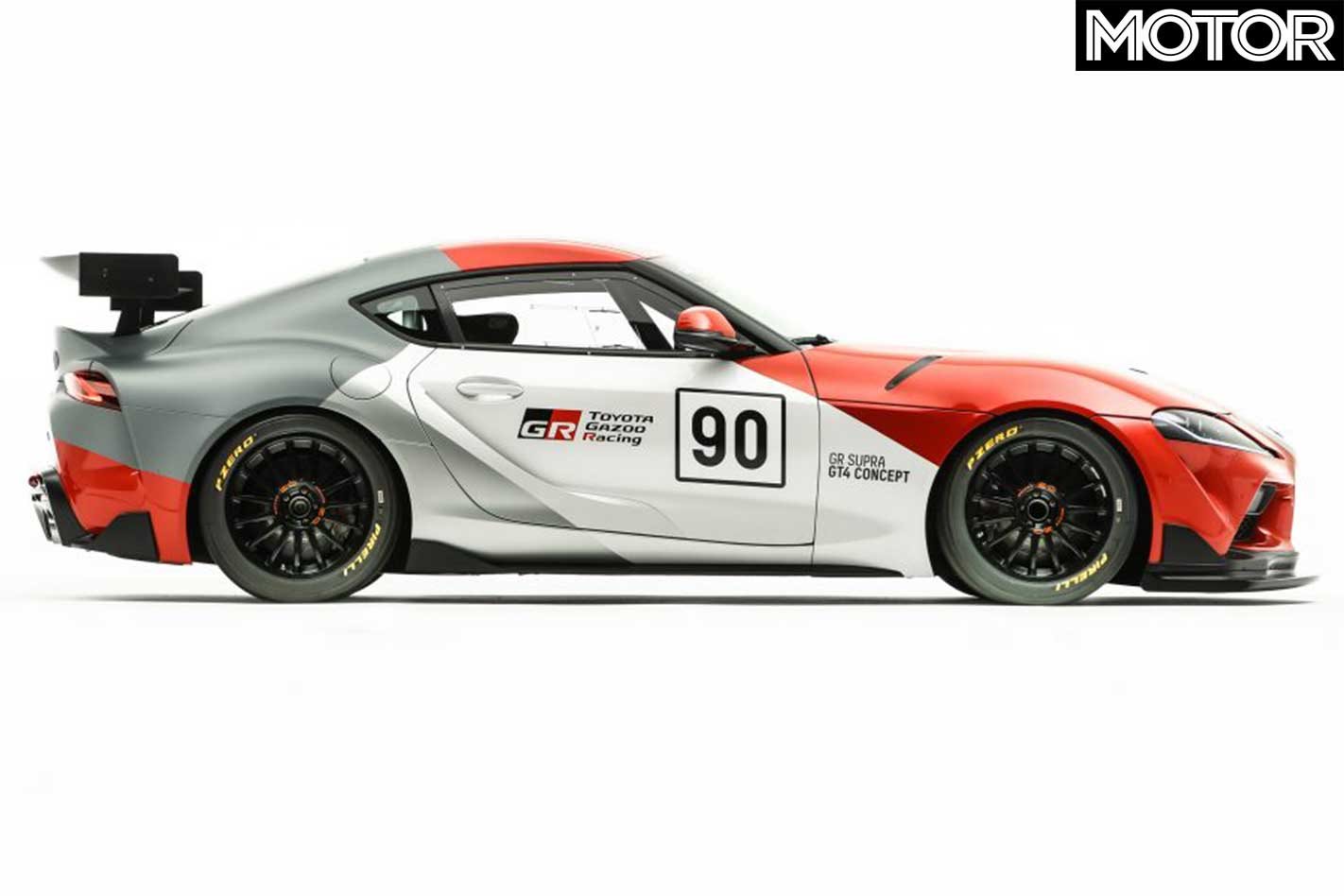 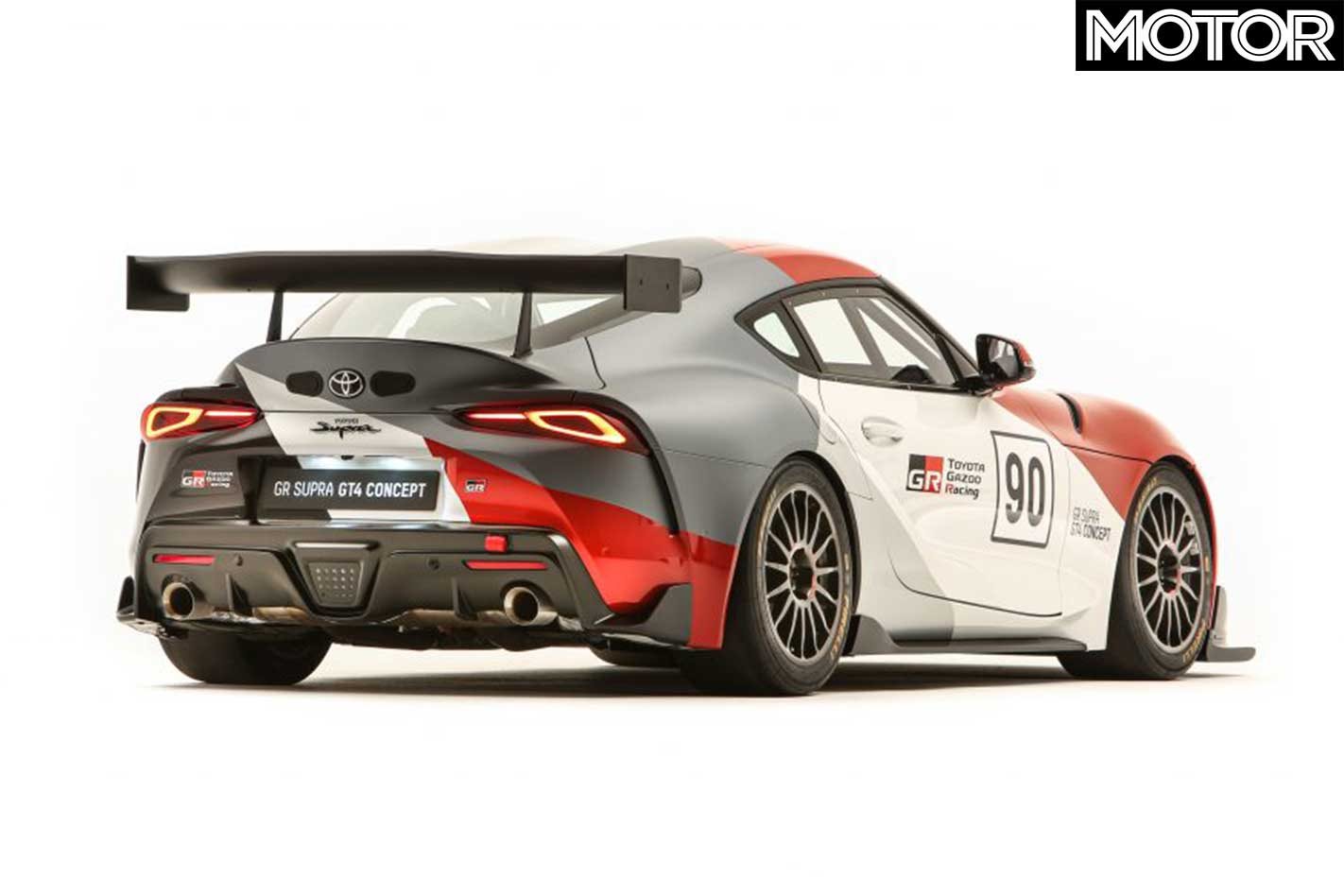