Determined YouTubers who rescued a burnt Lamborghini Huracan and gave it a 7.0-litre LS twin-turbo V8 are set to reveal the finished project at next month's upcoming SEMA show.

As the saying goes, ‘LS the world’. And YouTube channel B is for Build (hereby written as BIFB) is behind the latest conversion, focusing on a wrecked LP610-4 that had burned its previous twin-turbo V10 powertrain. 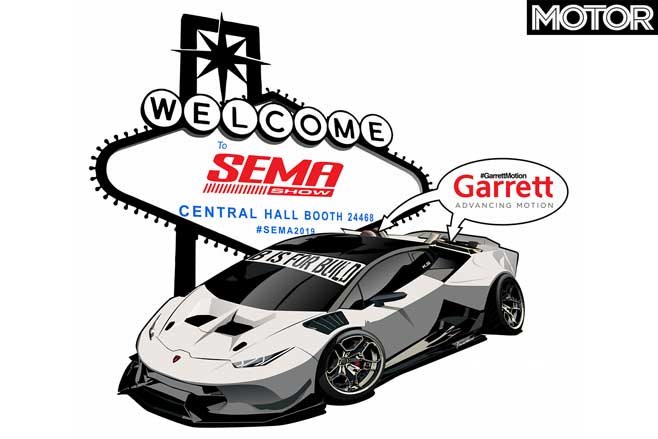 Chris, the host of the channel, has completely rebuilt the car with a Texas Speed LS V8 and documented the process online, offering a rare look at the bare bones of an Italian supercar that retails for $428,000 (in Oz, before on roads).

There are 24 videos, each over 20 minutes long.

But it’s perhaps the desired end result that is drawing everyone’s attention. When finished and revealed at SEMA it’ll be a Huracan with a twin-turbo 430 cubic inch V8 producing more than 746kW on E85 fuel. Oh, and it’s only driving the rear wheels.

That’s right, its six-speed Graziano transaxle that’s pinched from an Audi R8 (V8, manual) won’t have any front wheels to turn since BIFB tossed the drive system connected to the front wheels. And there’s more. 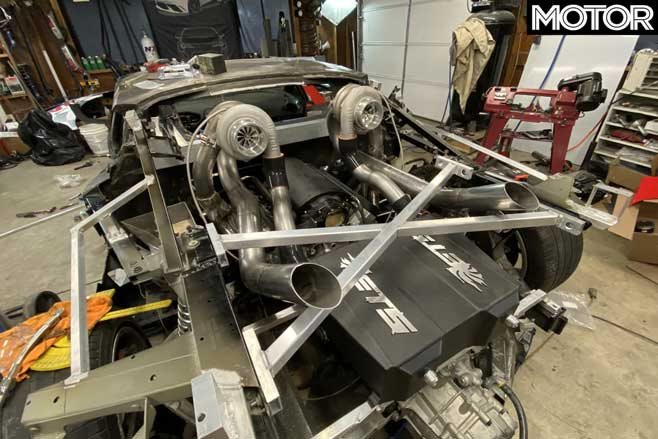 The car’s wide body exterior will stretch over 345mm wide rear tyres and 275mm wide front tyres. Its wheels are 20-inches in diameter.

Its panel work, from a Huracan Super Trofeo GT3 racer, helps keep its DNA pure with Lamborghini parts and equals an all-carbon fibre skin - except for the roof.

Deep underneath its skin exists a front tube-frame that replaces the original cradle, which BIFB sold for USD$10K to keep costs down. It hopes the finished build will cost less than an American-market Nissan GT-R.

It’ll be officially revealed when SEMA opens its doors to media from November 6 on Garrett’s stand, BIFB’s turbo supplier. In the meantime, follow the build on BFIB’s YouTube page.