The most potent Sports Series model yet make its debut, and yes, it has top-mounted exhausts

THE McLaren 600LT – the most powerful, fastest, track-focused but road legal Sports Series performance coupe from the exclusive British sports car brand and Formula 1 constructor yet – has finally arrived.

Billed as the “next chapter” in the longtail story, its price tag – yet to make its conversion to Australian dollars – includes a day of driver training showing new owners how to extract the most from the sports car. 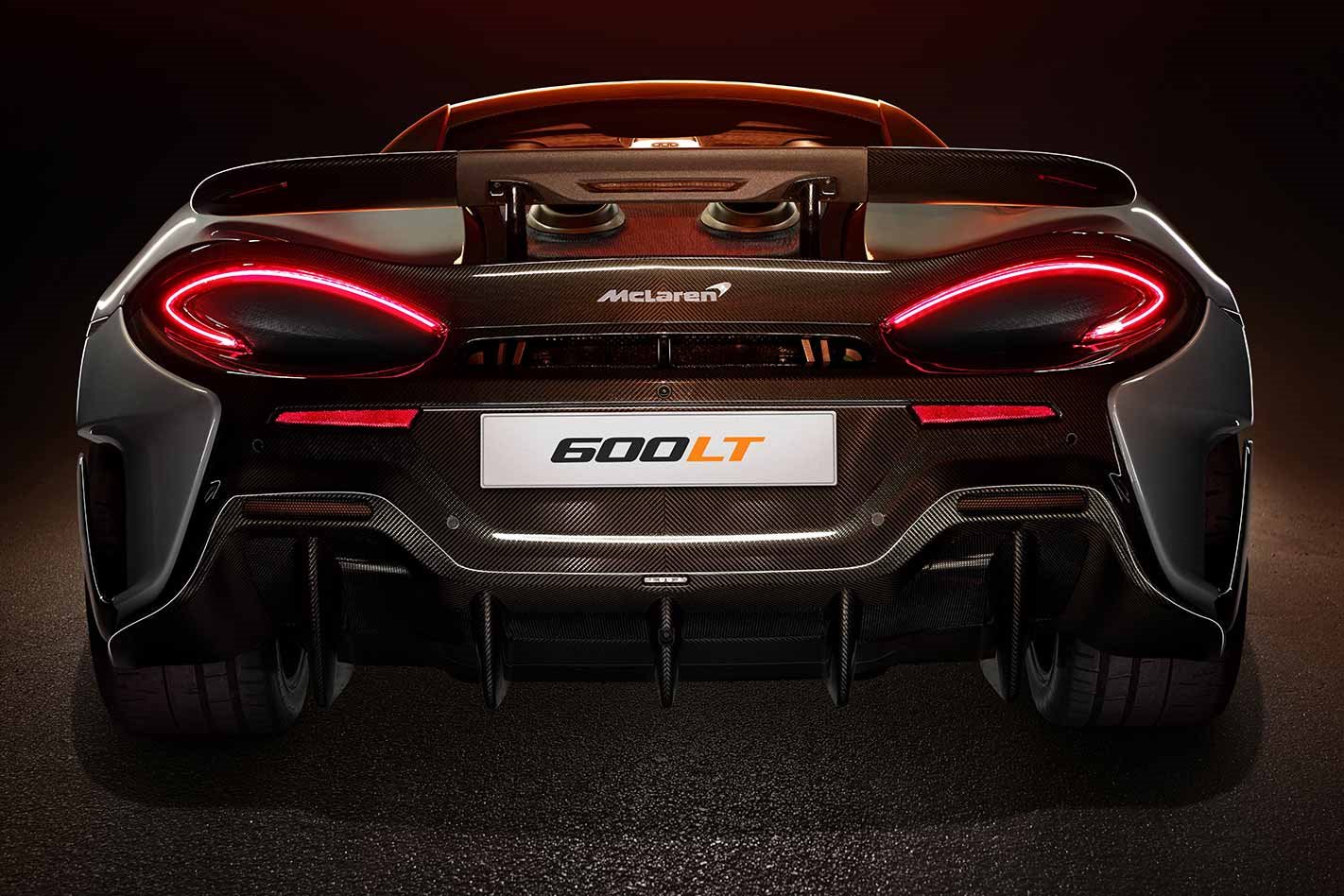 The 600LT’s body is 74mm longer than other Sports Series models, and features a reshaped carbonfibre front splitter, side sills, and extended diffuser and a fixed rear wing for lower weight and greater downforce.

And as speculated, it has Porsche 918 Spyder-style top-exit exhaust pipes that not only save weight, but look the business.

Those pipes connect with a twin-turbocharged 3.8-litre V8 using an uprated cooling system and reduced back pressure in an exhaust system that is even shorter and more extreme than that of the McLaren Senna. 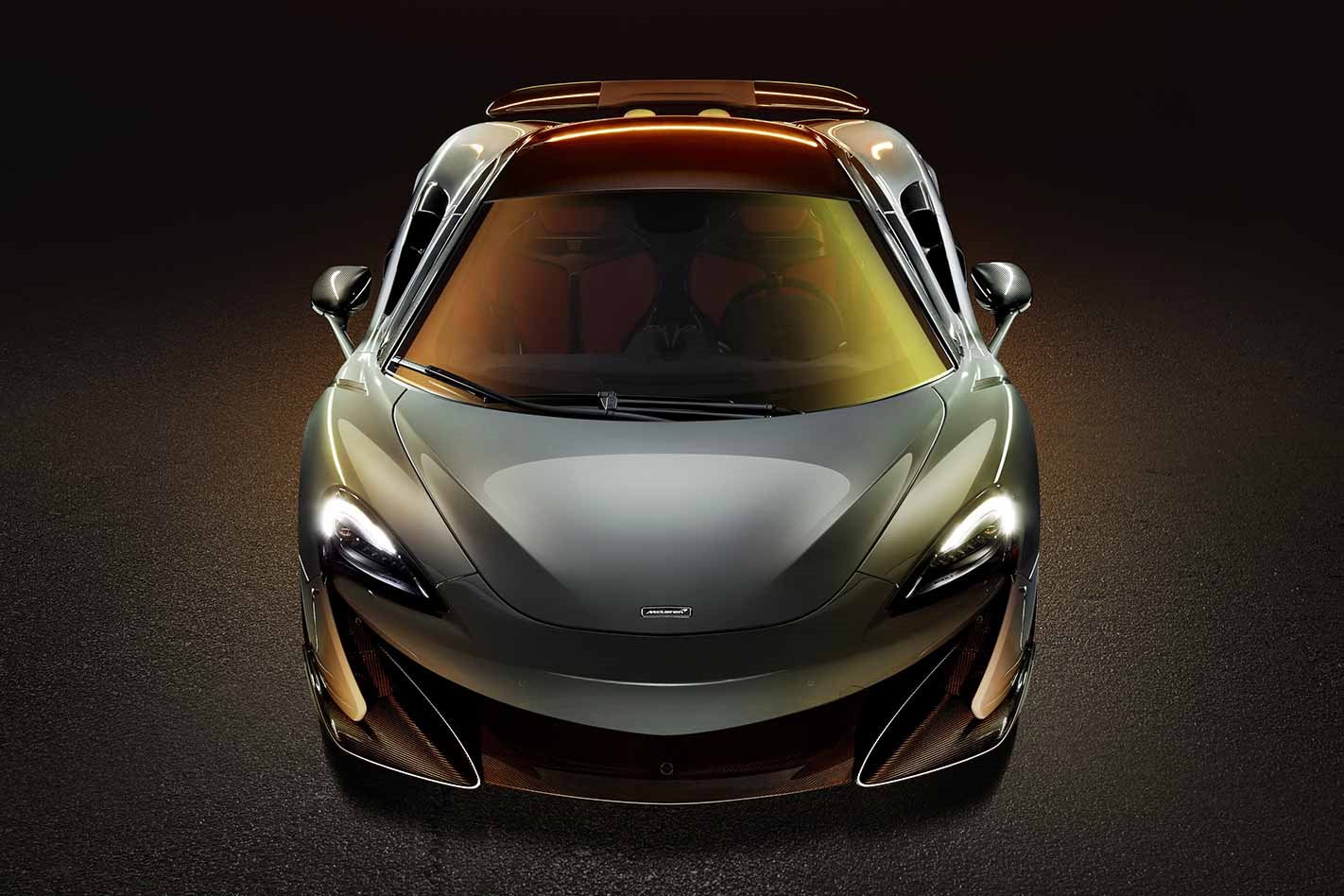 The mid-mounted V8 will pump out 441kW and 620Nm. The 1247kg dry weight, which discounts all fuels, oils and fluids fluids including the stuff that goes in the windscreen washer bottle, and includes a number of optional weight-saving add-ons including the same carbonfibre race buckets as those developed for the McLaren Senna (you can read about our first drive of that road-legal race car here), a Mclaren Special Operations-fettled carbon fibre roof and cantrails and vented carbon fibre front fenders, will yield 354kW/tonne, or about the same bangs per kilowatt as a $464,000 McLaren 650S that in the UK costs about $20,000 more than the 600LT.

McLaren hasn’t said how many of the 600LTs it will hand-build, although production will start in October, and wind up about 12 months later. It said the 600LT’s specialist carbon fibre body panels would “also ensure that it is significantly rarer than its Sports Series brethren”.

Little is also said about how this McLaren  will drive, although the superlatives flow with vigour. “The new carbon-fibre bodywork and large rear diffuser deliver substantially increased downforce to further enhance the 600LT dynamic experience, especially on a track,” McLaren said. 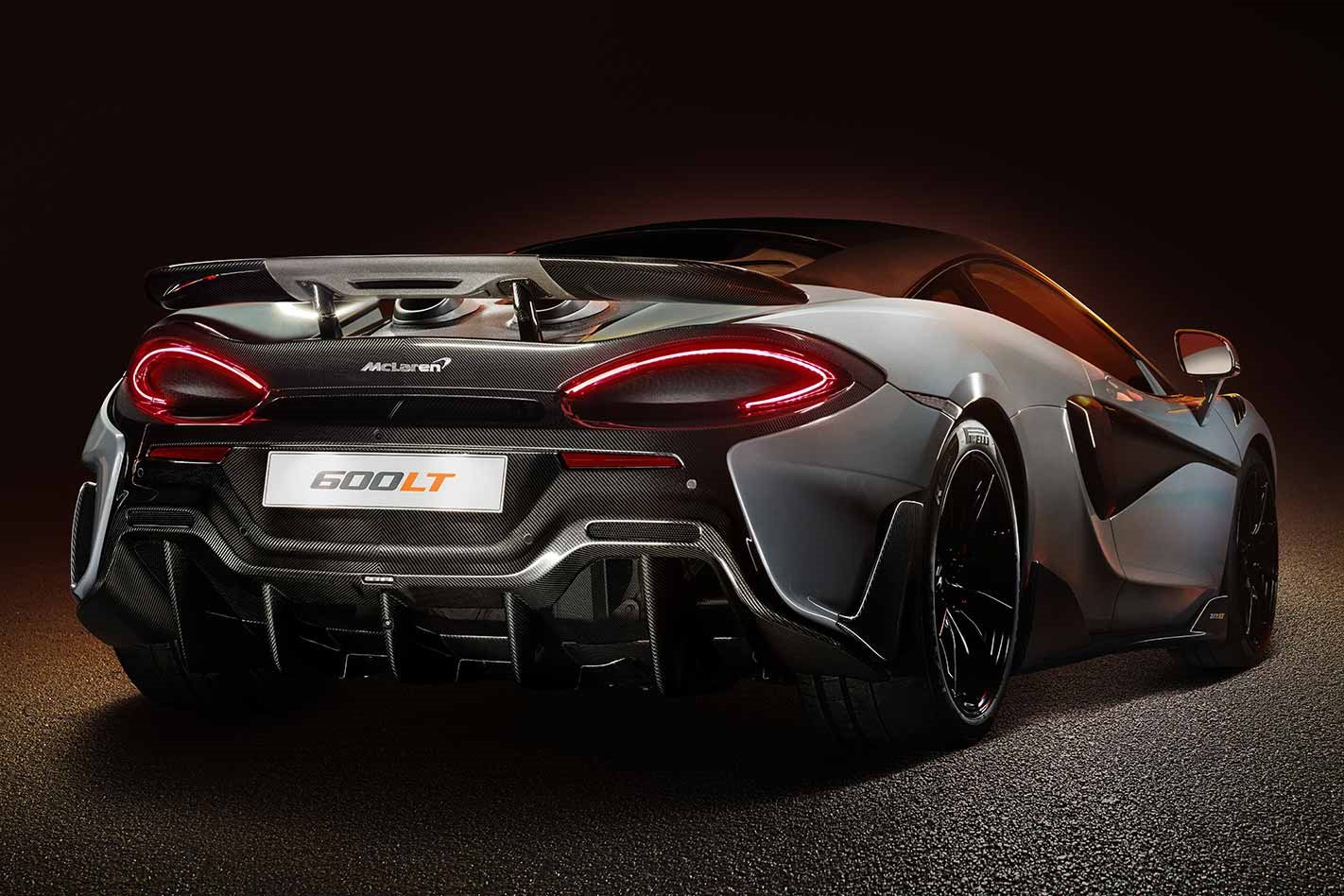 “The driver is encouraged by the deep-rooted and incredibly pure connection with the car to fully exploit the optimised aerodynamics, reduced weight, increased power and track-focused dynamics. This higher level of excellence and engagement is the ethos at the heart of the McLaren 600LT, just as it was with the McLaren 675LT models and the McLaren F1 GTR ‘Longtail’ before them.”

It said the the new model “features the forged aluminium double-wishbone suspension and lightweight braking system from the second-generation McLaren Super Series; bespoke, track-focused Pirelli P Zero Trofeo R tyres; quicker steering; sharpened responses from the throttle and brake pedals; significantly firmer engine mounts and exhausts that are mounted virtually behind the driver’s shoulder to bring the incredible sound of the powertrain into the cabin”.

There’s no word yet on Australian pricing. 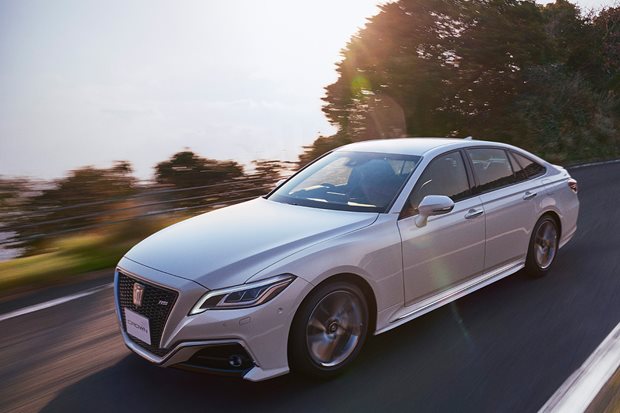 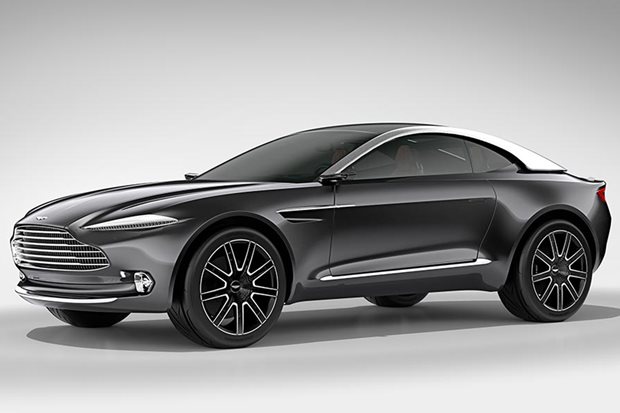 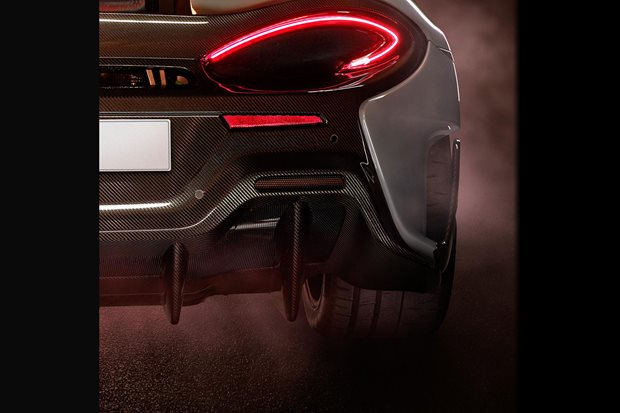 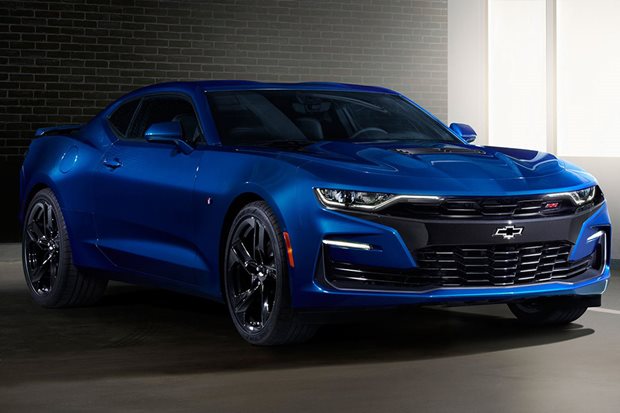 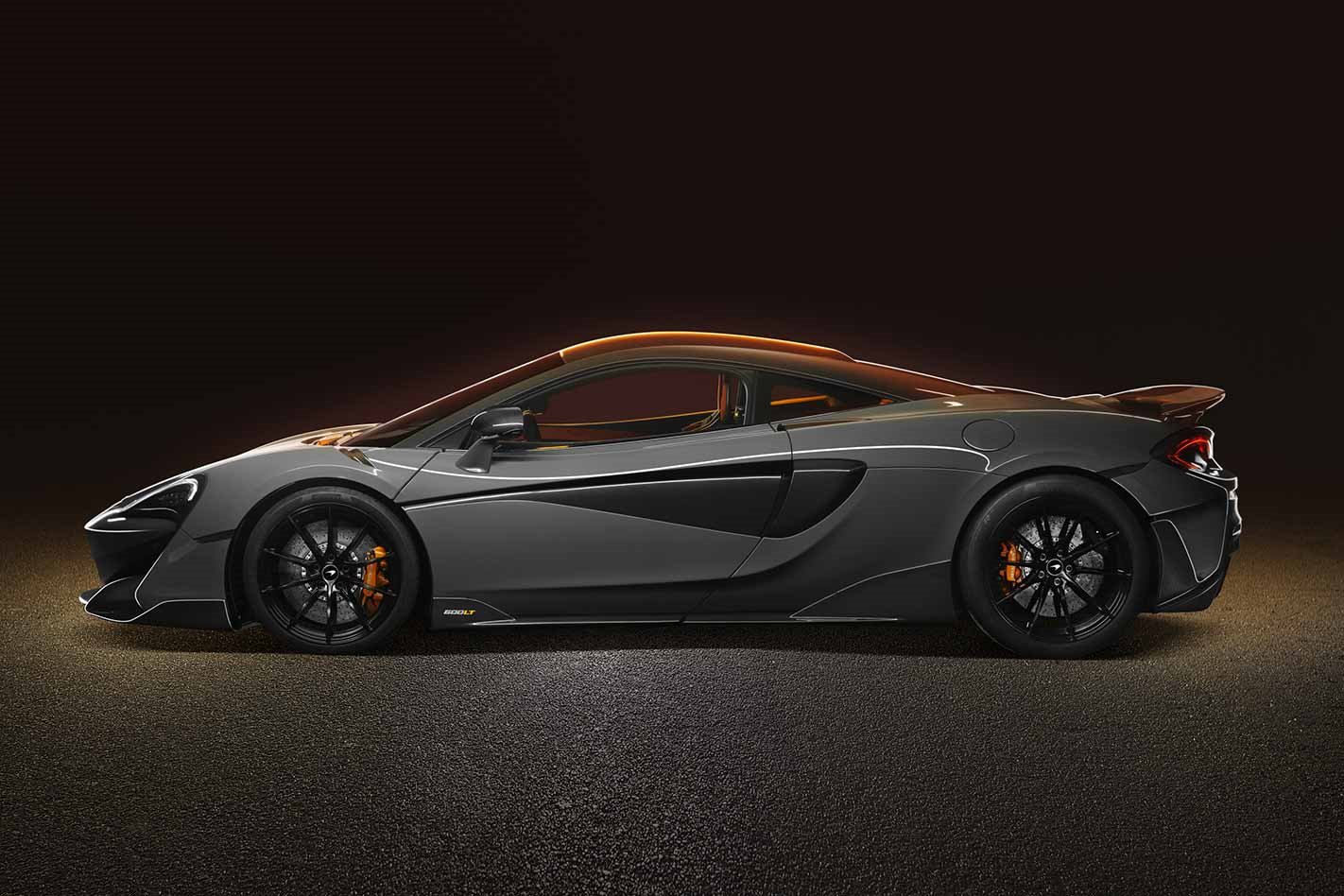 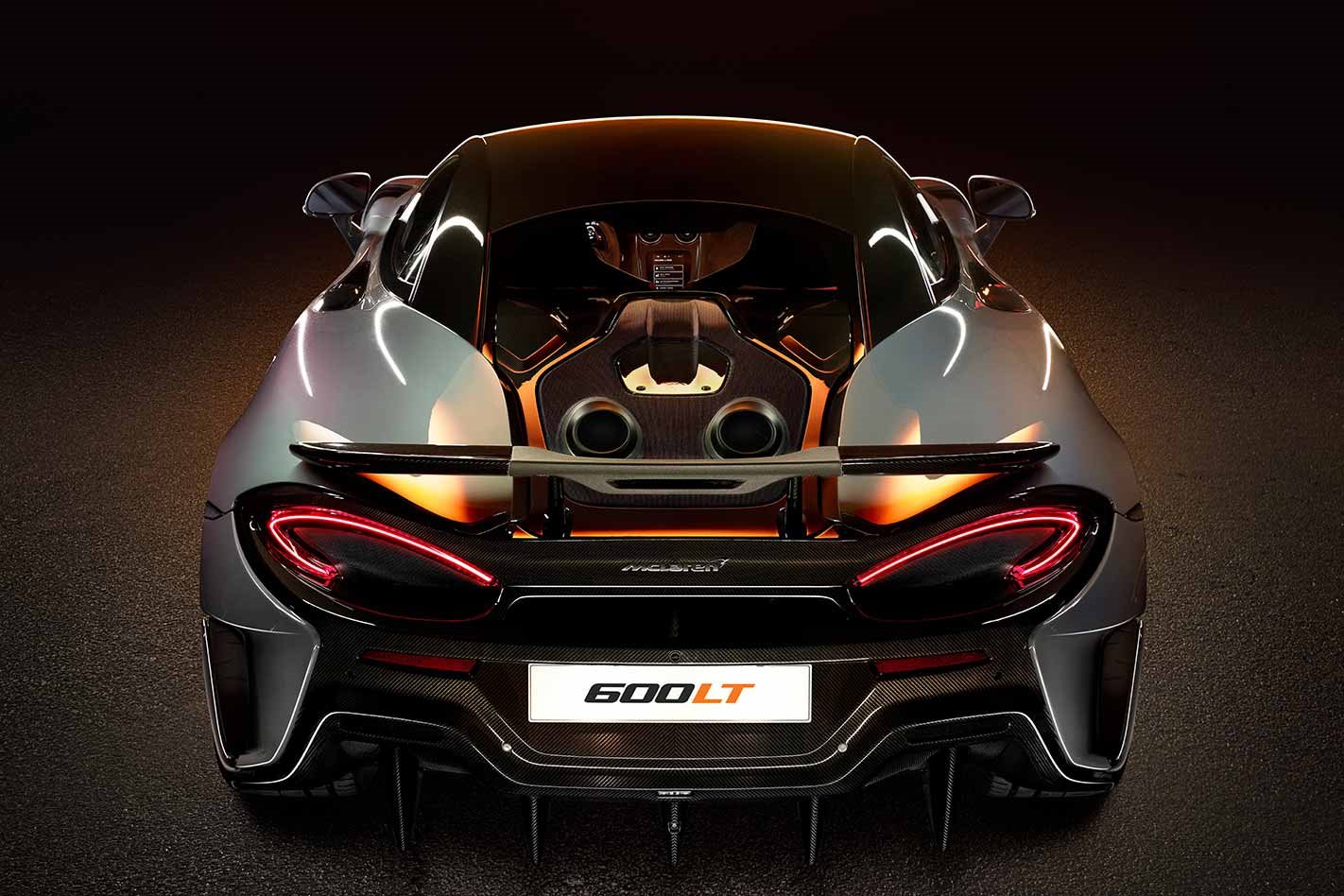 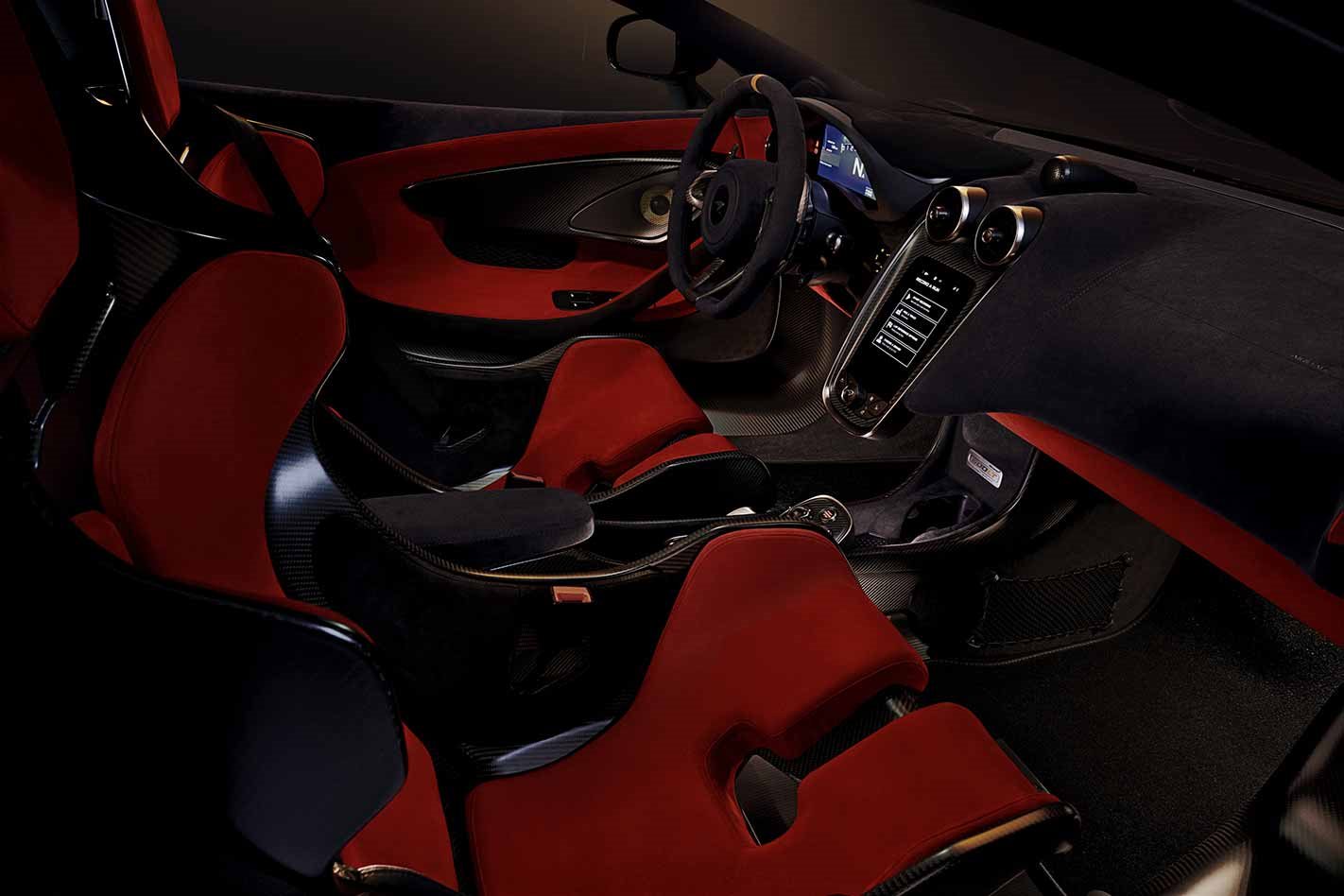 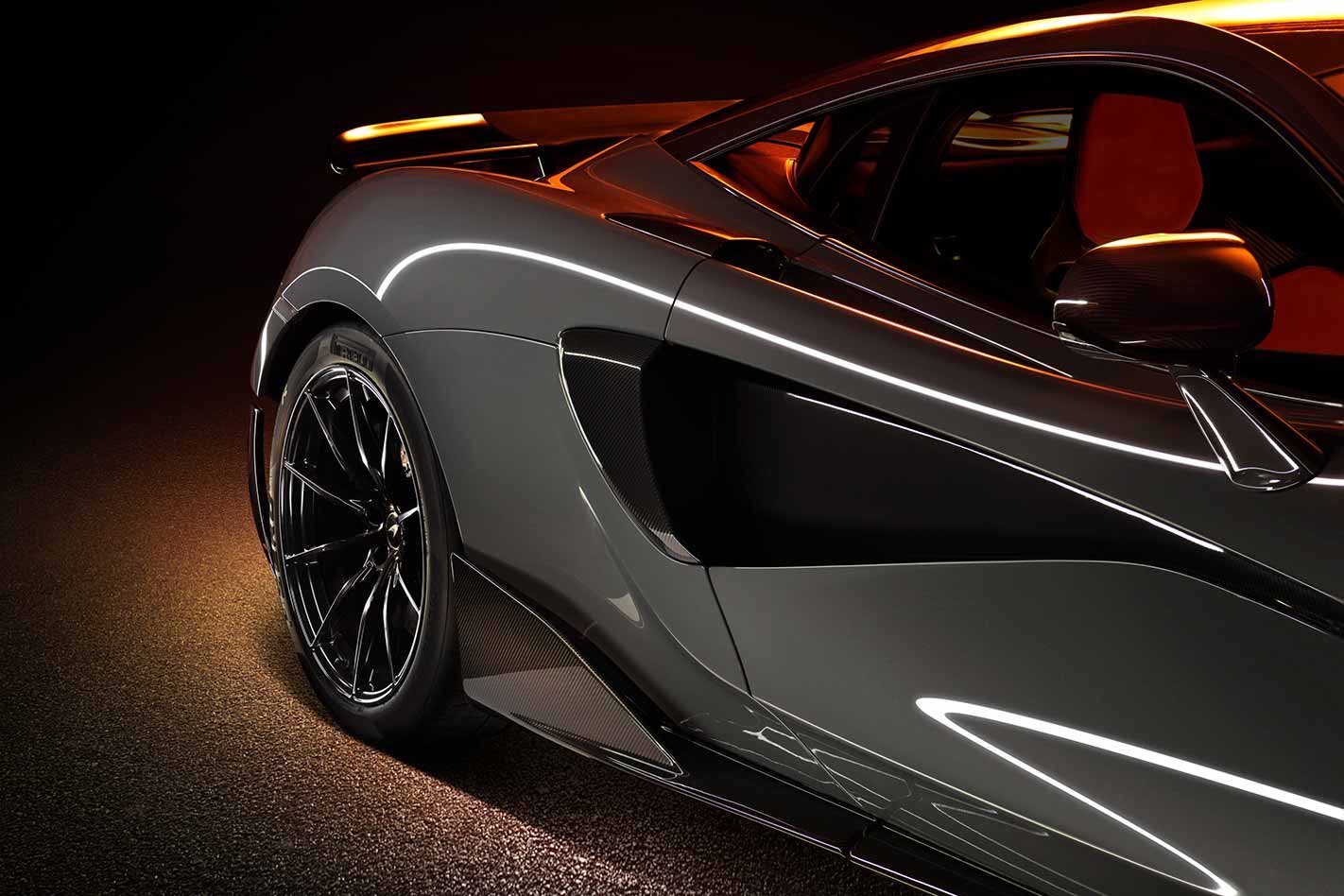 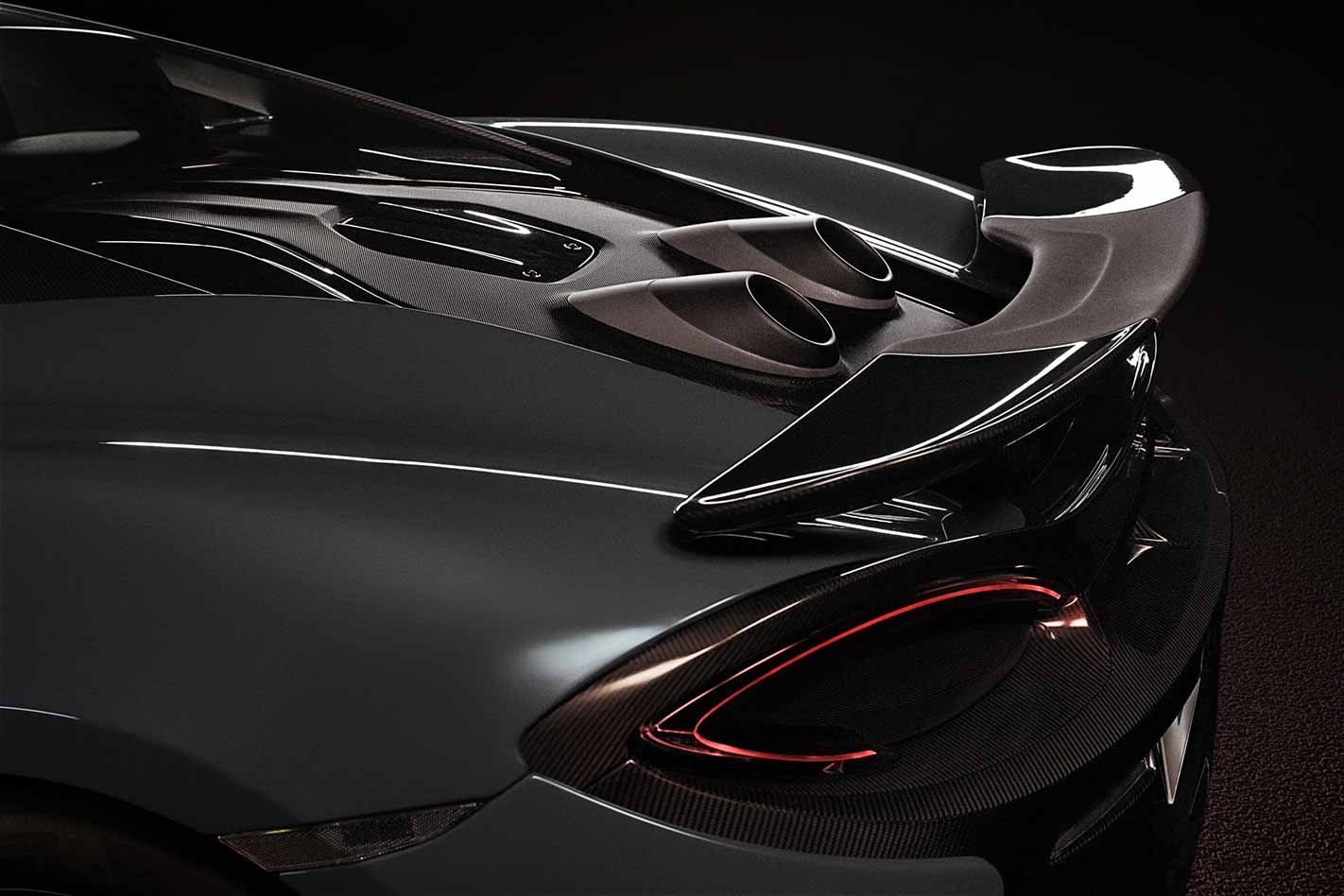 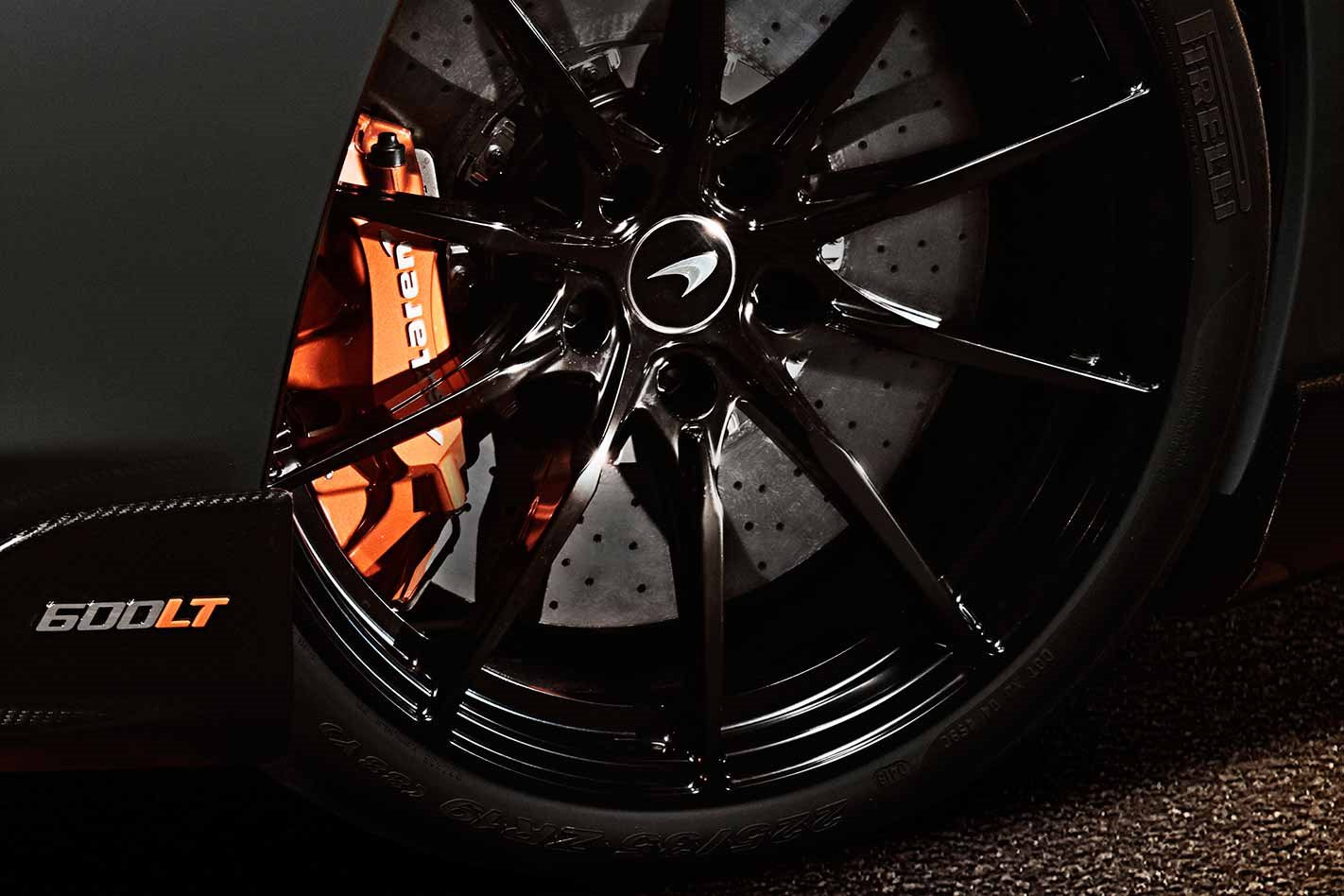 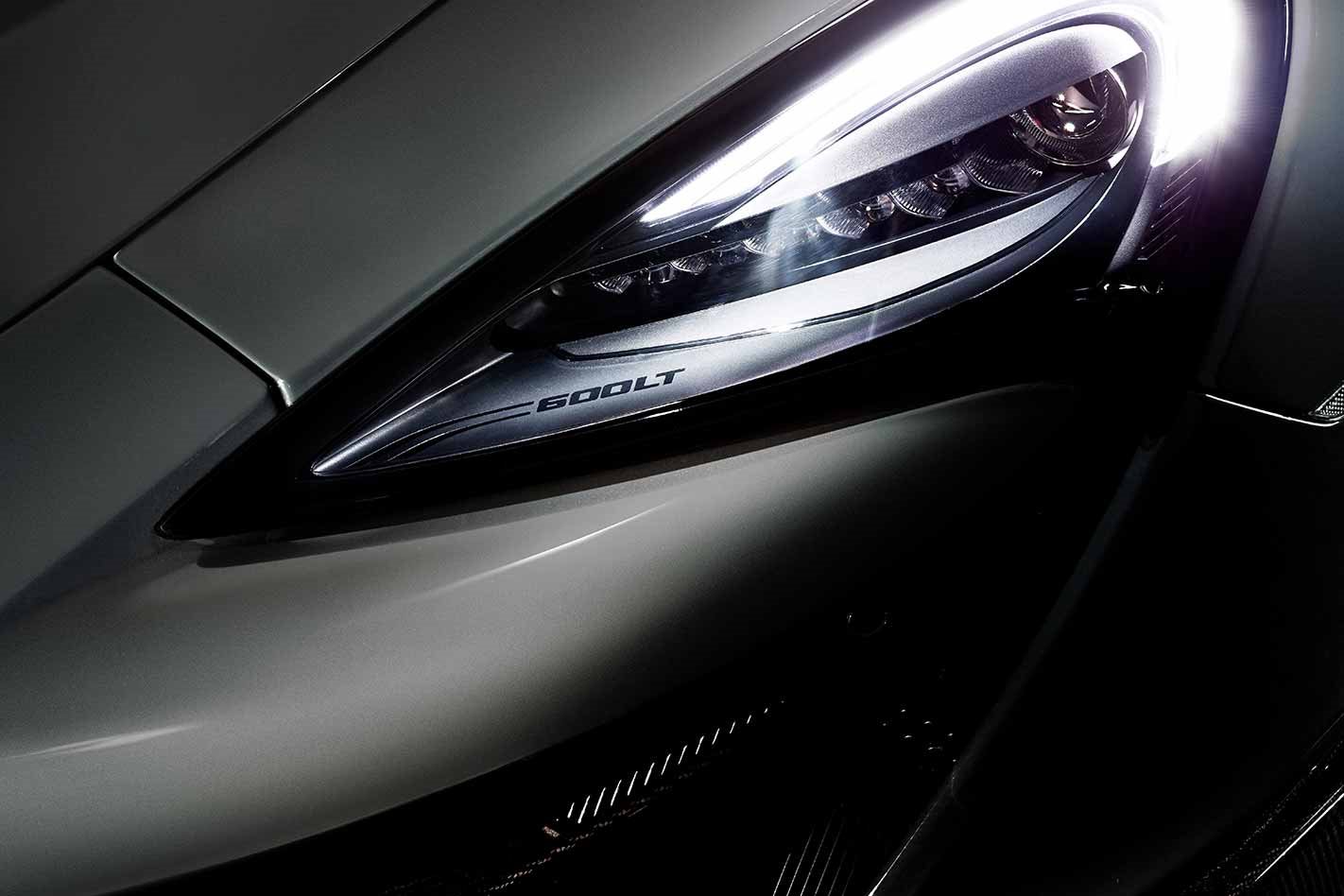