As sure as night follows day, so too does a convertible version of a Ferrari coupe appear.

The new Ferrari F8 Spider is the drop-top version of the F8 Tributo, which appeared in February 2019, and replaces the 488 Spider. 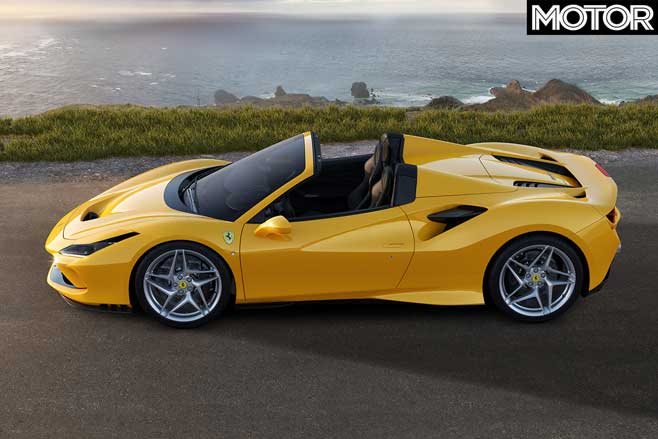 Its mechanical specification is virtually identical to the coupe, bar a 70kg weight increase thanks to the roof mechanism. As such, it’s slightly slower than its hardtop twin, taking an identical 2.9sec to hit 100km/h but an extra 0.4sec to reach 200km/h, though the claim is still a ludicrous 8.2sec. Top speed remains 340km/h.

The roof is a retractable hardtop, chosen “because of the comfort it provides” according to Ferrari. A two-piece panel, it stows on top of the engine and takes 14 seconds to raise or lower, a process which can take place at up to 45km/h.

Otherwise, the F8 Spider mirrors the Tributo Coupe. It’s powered by a 530kW/770Nm 3.9-litre twin-turbo V8 which revs to 8000rpm and incorporates weight reduction measures from the 488 Challenge race car. 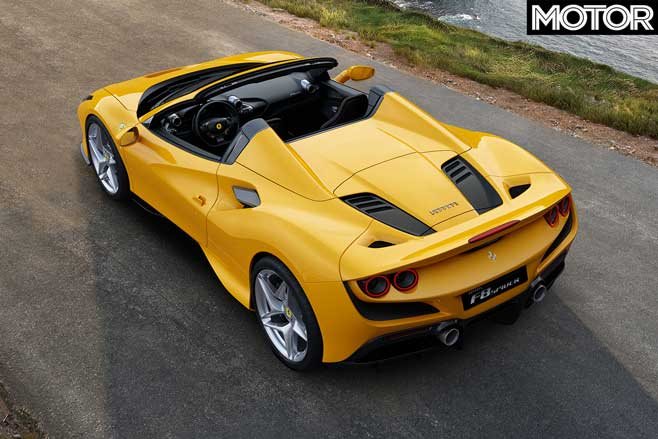 The latest chassis electronics, including version 6.1 of Ferrari’s clever Side Slip Control ESP system, maximise the driver’s ability and the grip from the 245/35 (front) and 305/30 (rear) tyres, while braking is taken care of by massive carbon-ceramic discs measuring 398mm front and 360mm rear.

Aerodynamics have taken a big step forward with the F8, with an efficiency improvement of 10 per cent compared to the 488 Spider thanks to measures like the S-duct in the bonnet – used to suck the front end of the car onto the road – underbody vortex generators and the ‘blown’ rear wing that increases air extraction to generate more downforce.

Australian pricing for the F8 Spider has not yet been released, but we’ll have full details closer to its release date, followed – hopefully – by a comprehensive first drive. 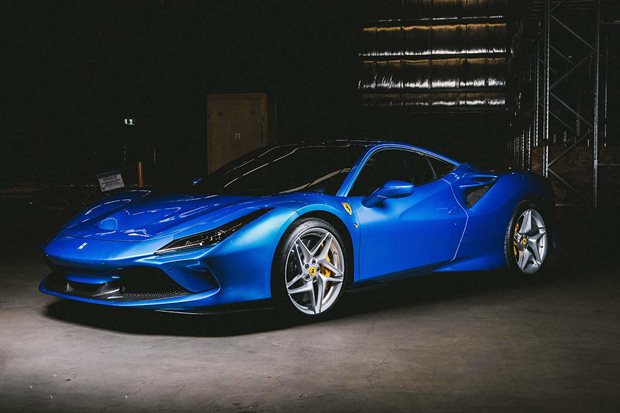 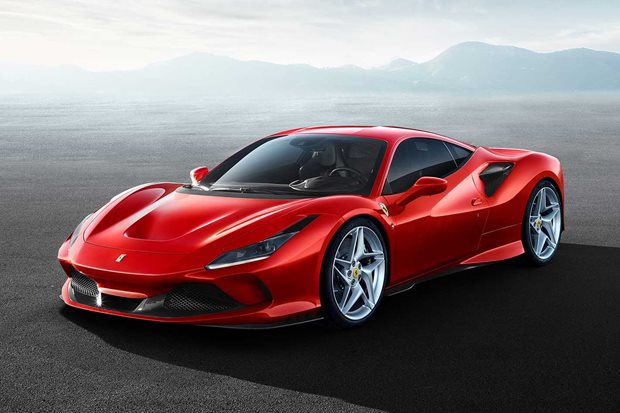 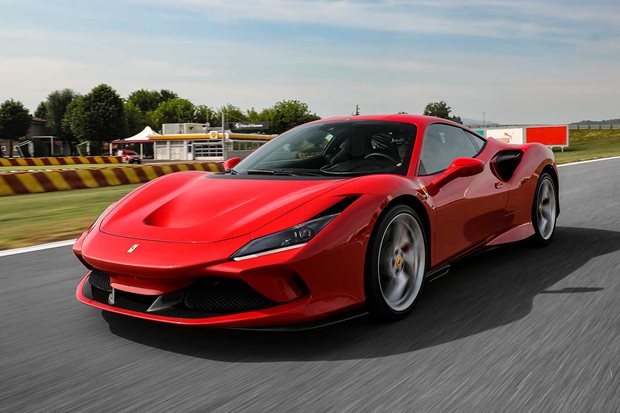 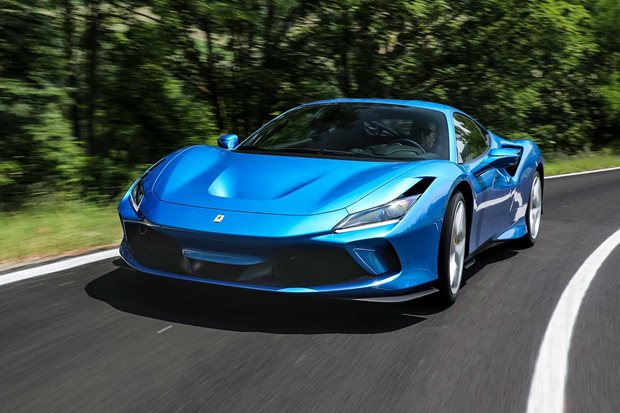 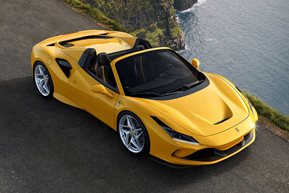 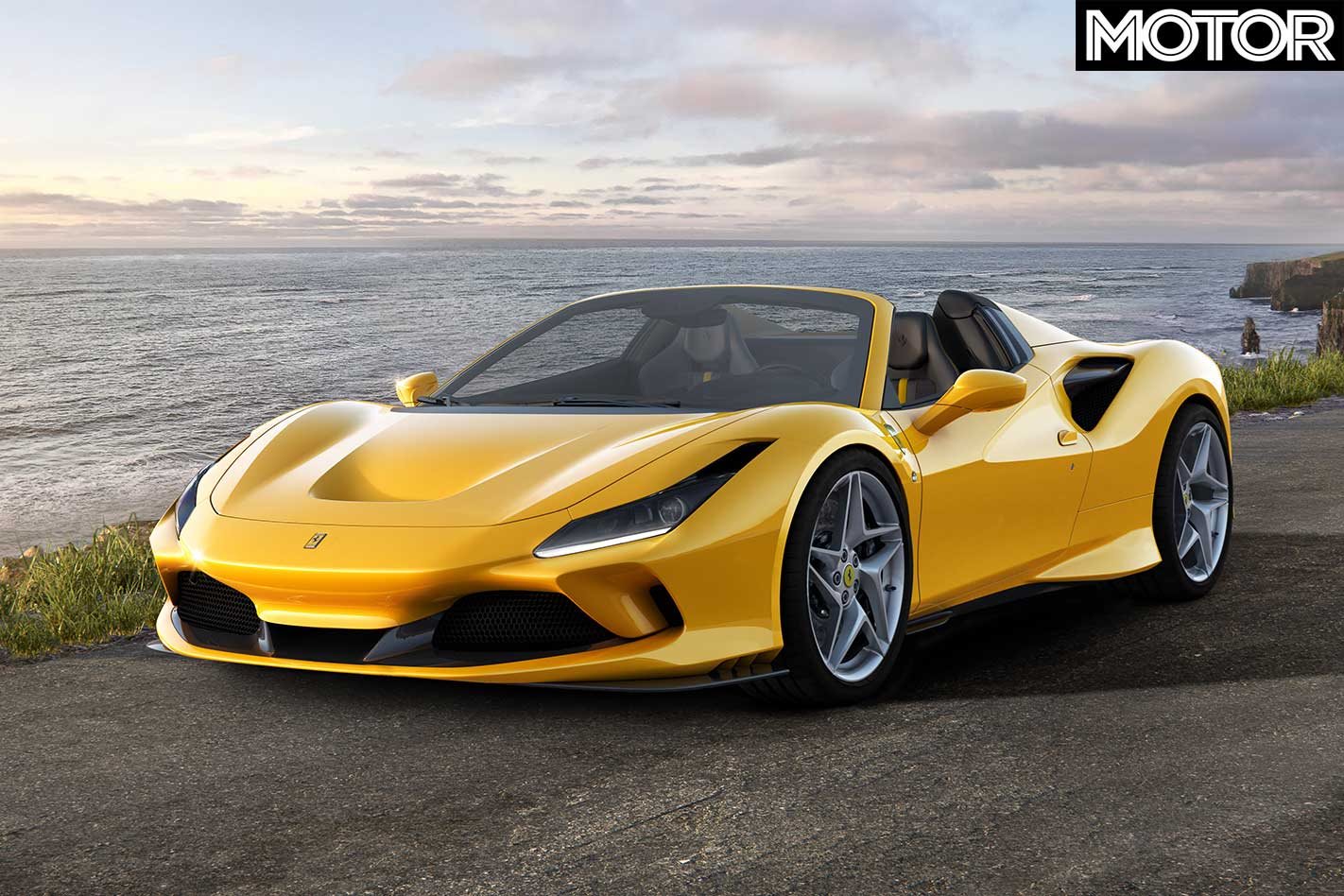 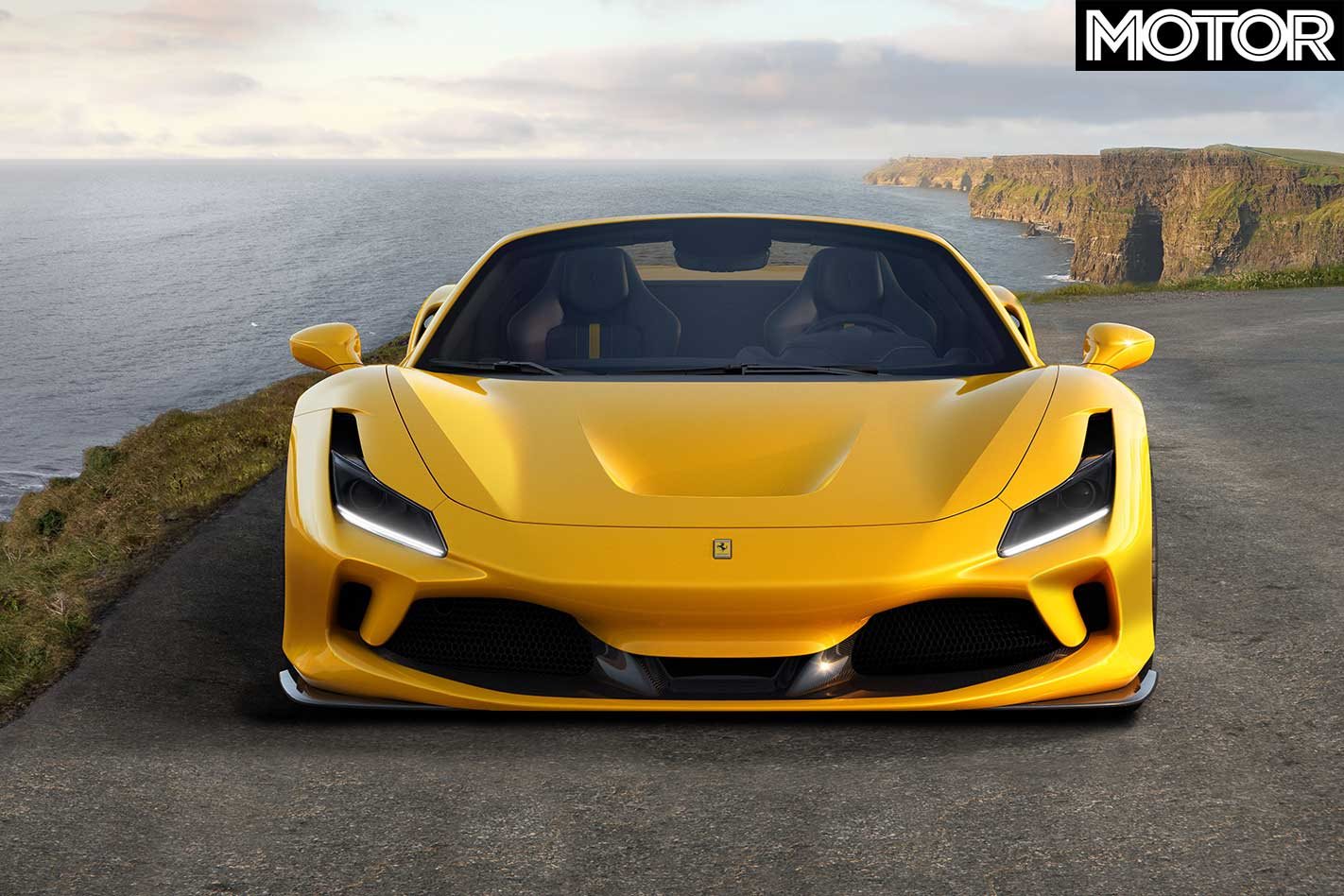 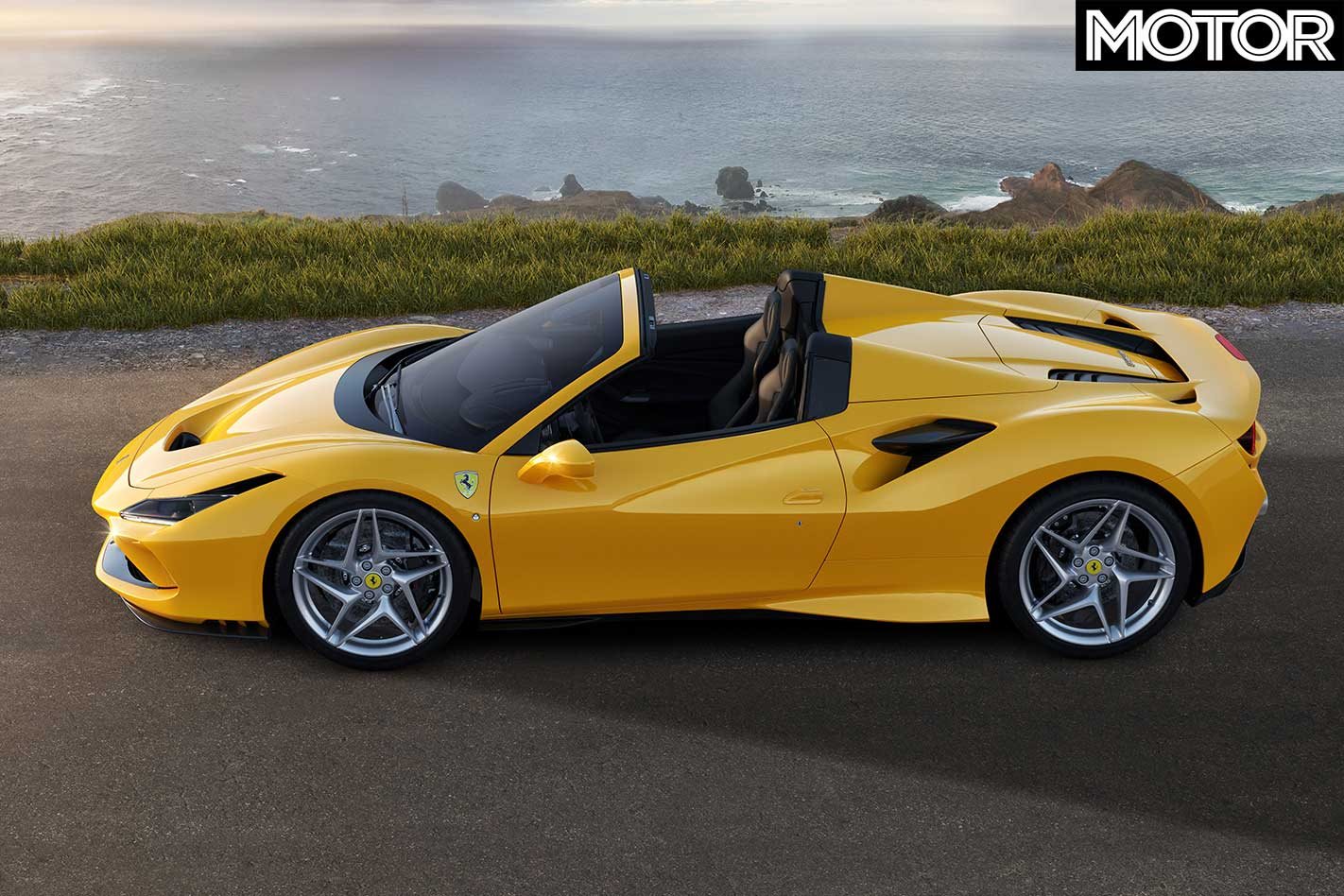 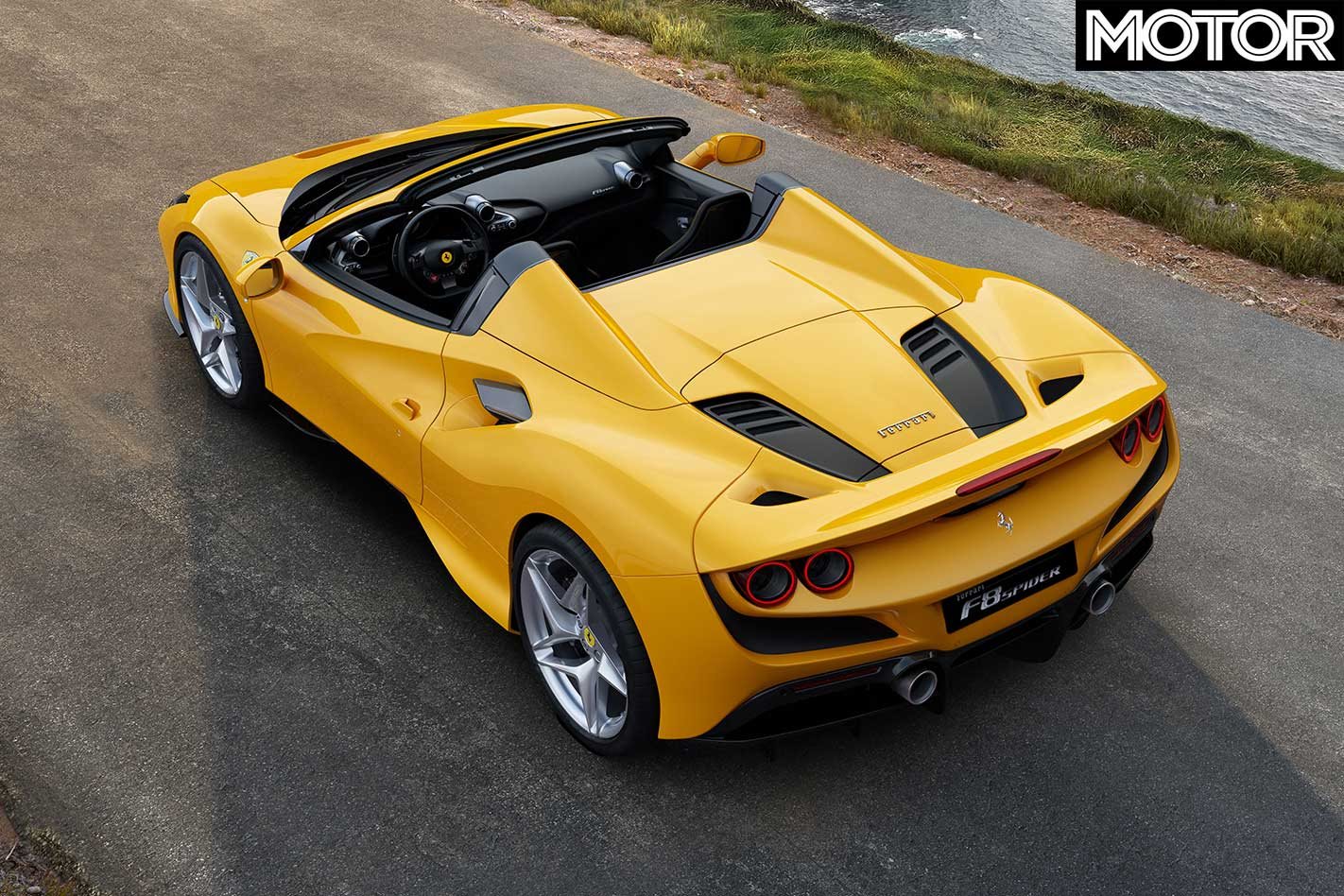 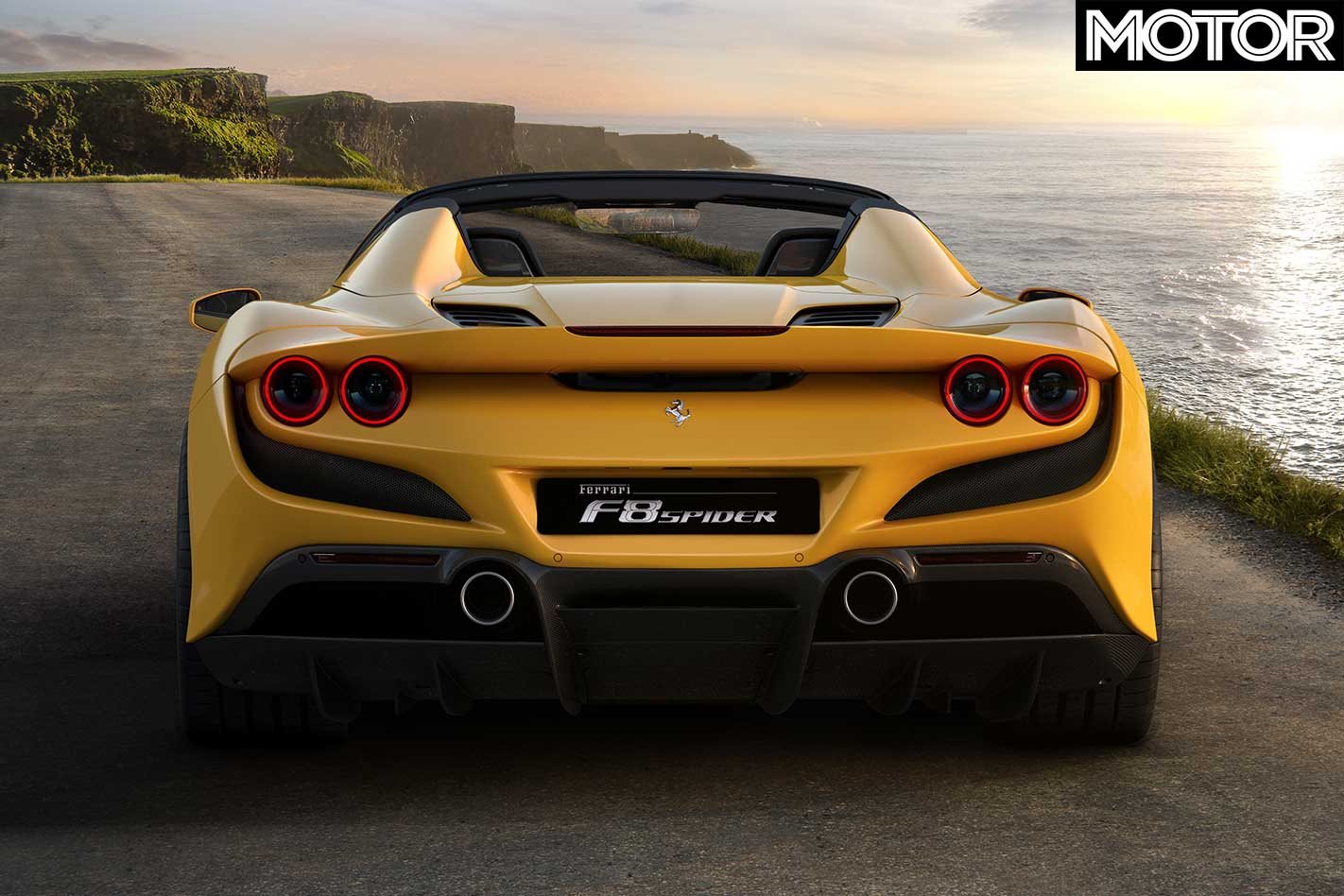 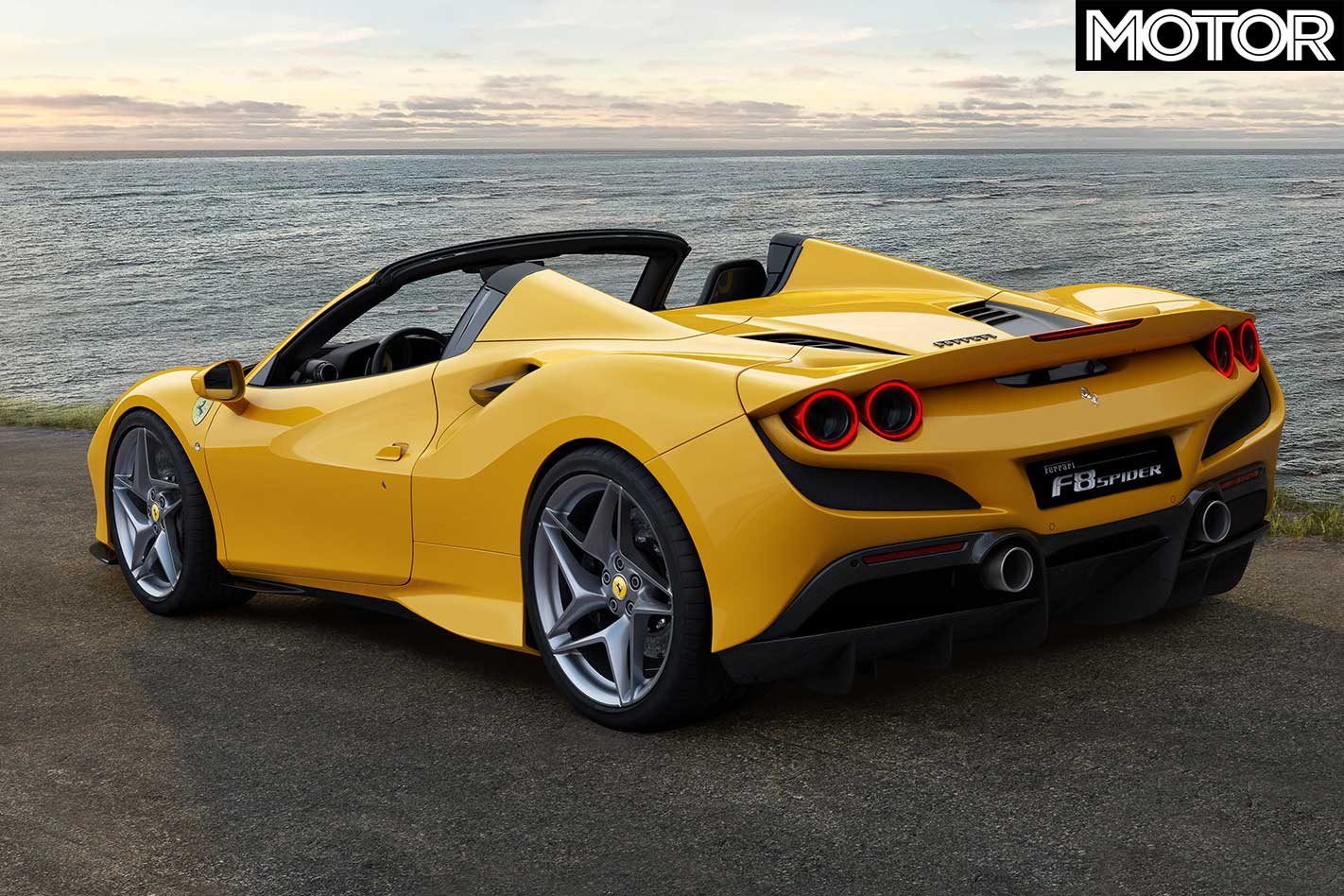 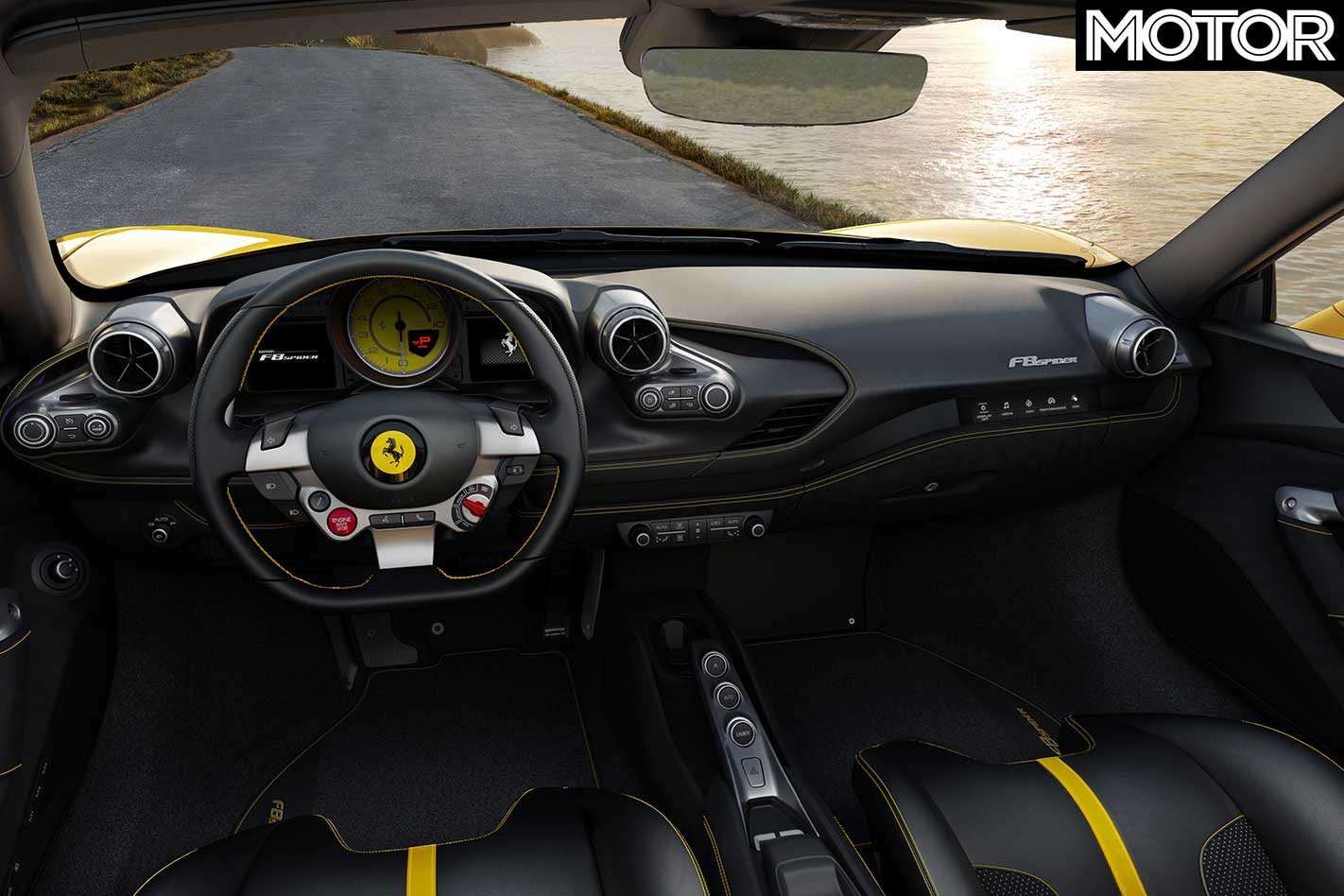 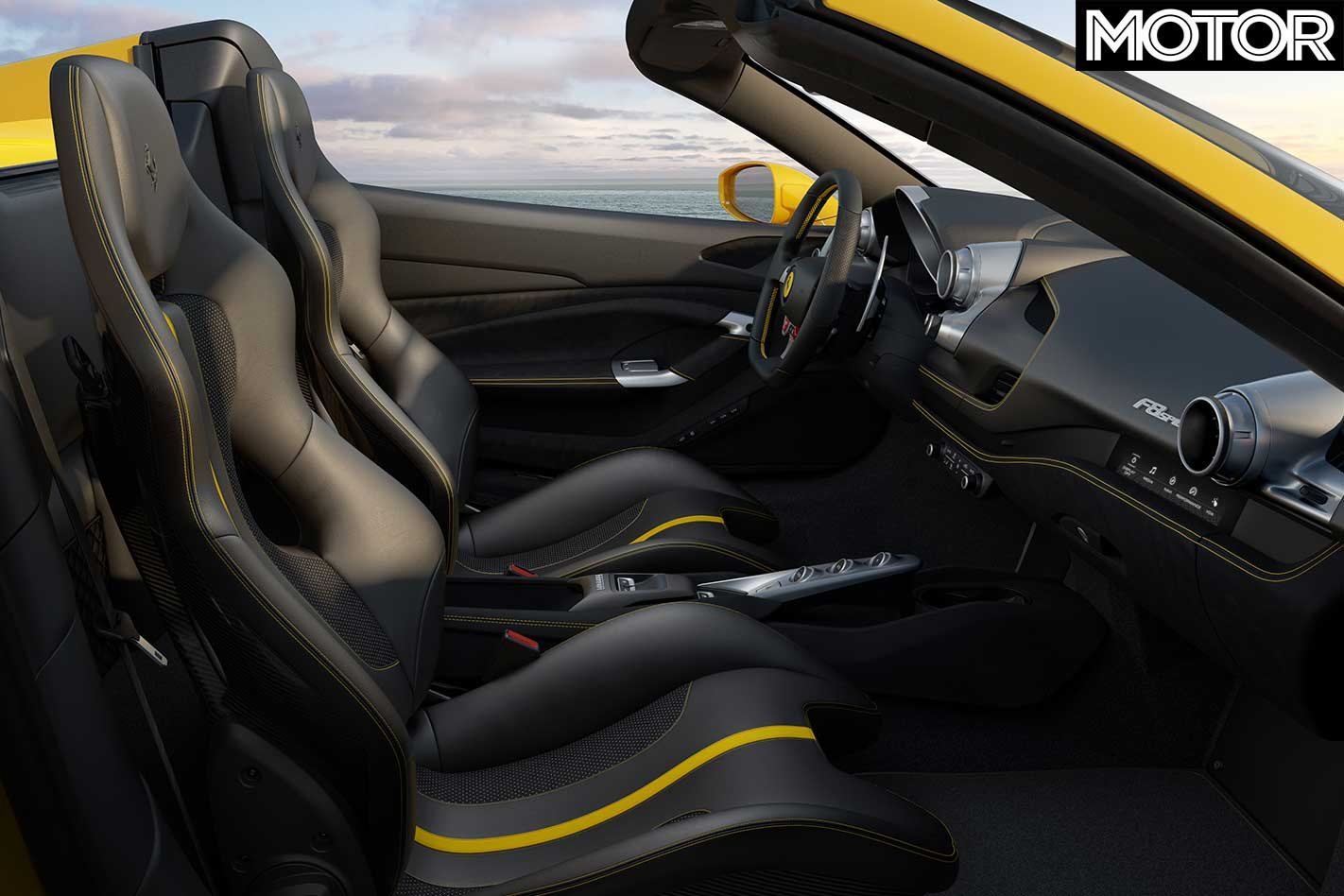