You can always bank on a drift video delivering one thing. And that’s a car, with lots of horsepower, turning a whole bunch of tyres into ghosts. Cue Ryan Tuerck and the shakedown of his GT4586.

With Willow Springs International circuit his playground, Tuerck flings about his new ‘GT4586’ and is joined by Chris Forsberg for a side-by-side smoke of the circuit.

And while this isn’t US drifter Ryan Tuerck’s first uncorking of the Frankenstein Ferrari-Toyota, it’s the first time it’s lapped a circuit on lock-stops. 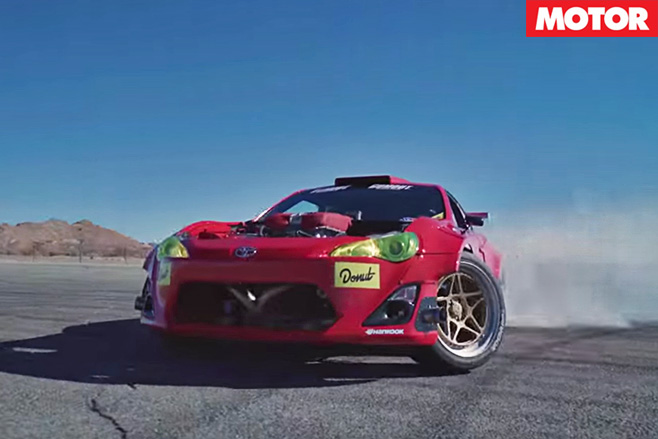 Consider, too, his Toyota 86 is stuffed with a 4.5-litre V8 from a mid-engine Ferrari, and it’s also the first time such a match has been driven this way.

And what a match this is. Taken from a 458, the V8 engine reportedly cost Tuerck US$42K, which is $15K more than the car it’s dropped in.

The Toyota 86 was then extensively modified to swallow the unit. And now exhaust pipes exit fore of the front wheels. Air intakes suck from behind them. 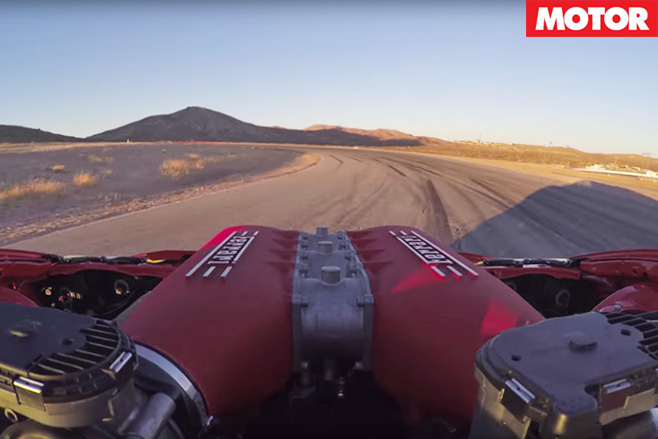 A transmission plucked from desert-racing spins a custom driveshaft, which is two-piece and offset. Meanwhile the car’s radiators are mounted in the rear, like a GT3 racing car.

The drifting scene isn’t short of wild Toyota 86s. Plenty reside in Australia. But this one’s special. Unless you’re a Ferrari employee, we recommend you take three minutes and watch the video.

Make sure you use decent ear phones as well. Because a Toyota 86 at a dizzying 9000rpm, screaming its flat-plane song, is something you definitely want to hear. 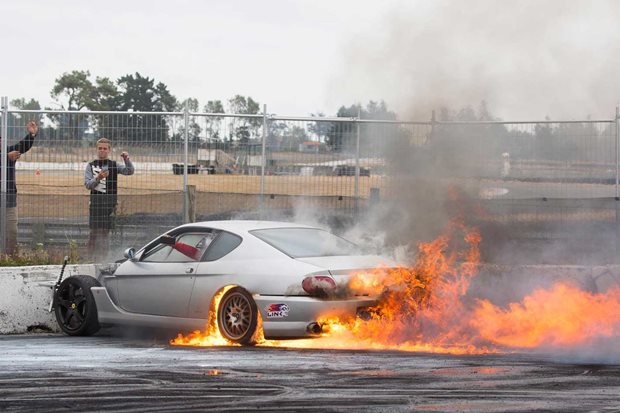 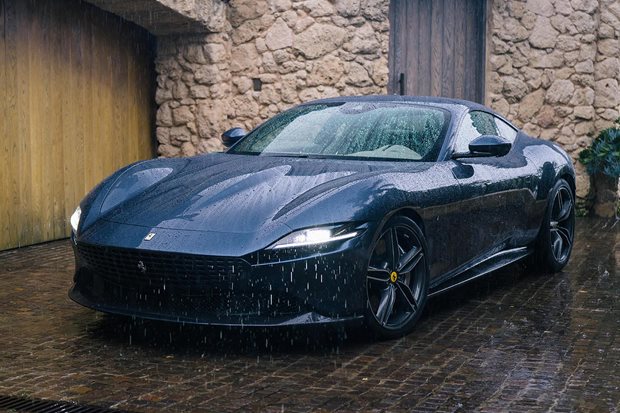 Ferrari Roma launched in Australia with pricing and details