US drifter Ryan Tuerck is building one wild Toyota 86 for the US drift series, powered by a F136 4.5-litre V8 from the Ferrari 458.

With its light weight and agile chassis, the 86 is a natural choice for drifters, but few retain the standard 147kW/205Nm FA20 2.0-litre flat-four.

To endow the Toybaru with enough urge to turn the treads at high speed, engine swaps range from the 2JZ-GTE 3.0-litre twin-turbo six from the old Toyota Supra to a NASCAR V8.

Tuerck's project is possibly the most ambitious yet, however, due to the need to adapt the engine from a mid- to a front-engined layout.

Just how this is going to be accomplished is still unclear, as the preview video uploaded to social media shows only the bare engine sitting in the 86's empty engine bay. 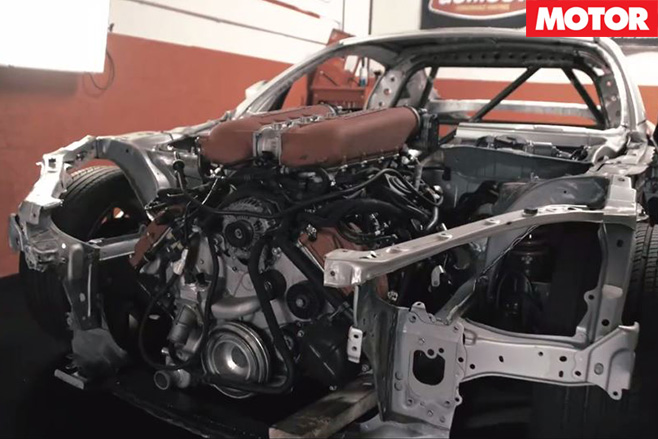 The F136 did appear in a number of front-engined applications - it still does service in the current generation Maserati Gran Turismo - but Tuerck's engine was taken from the Ferrari 458.