The chief engineer of the Toyota 86 has claimed “enormous” improvements to the body rigidity, suspension and stability control tune of its facelifted coupe.

Criticised in some quarters for looking like a minor mid-life facelift after four years on-sale, the MY17 86 gets only 4kW and 9Nm extra from its 2.0-litre naturally aspirated boxer four-cylinder engine, now 151kW/214Nm.

However speaking with MOTOR at the Festival of 86 event in Canberra, where the locally-styled 86 Shooting Concept debuted, chief engineer Tetsuya Tada revealed that he began work on overhauling the current coupe soon after it launched.

“Just after launch of current 86 I started, already working (on facelift),” Tada-san started. 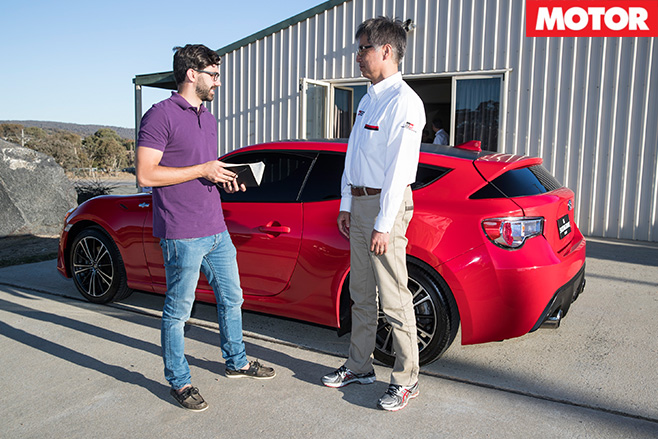 “When you can have a chance to drive the facelift of 86 you must be surprised again. Everything changes, suspension, body, drivetrain, aerodynamics. It is just a facelift but everything change.”

Toyota has only officially claimed a “revised shock tuning and a spring rate change” for the facelifted 86, but Tada-san was happy to go into more detail, claiming that four years of increased suspension technology has meant he was able to achieve greater ride comfort around town and sharper on-track handling.

“I can’t say softer or harder (suspension tune), but ride comfort also very improved and suspension for the track,” he continued, agreeing with the assertion that there are “a lot of bumps” on Australian country roads. 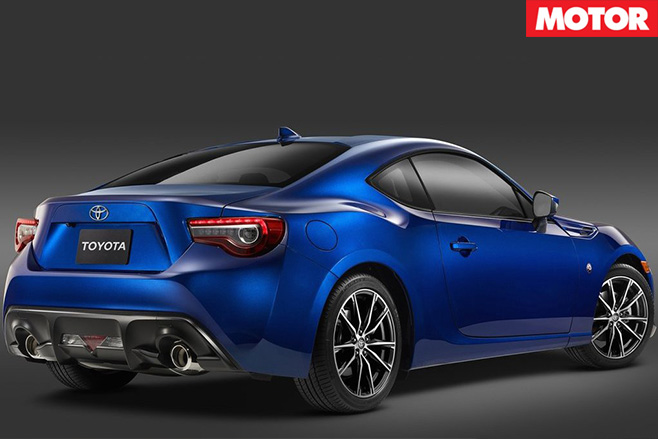 “That kind of road you can feel enormous improvement,” Tada-san said.

“Dampers are completely different from current generation. I don’t need to have any explanation when you have a chance to drive.”

We asked Tada-san whether he agreed that the current Sport function of the electronic stability control (ESC) could be quite lenient to a point, but then abrupt in its intervention, to which he responded with vigorous nodding and explained the change.

“It is next generation (ESC), different, completely different. No (more) sports mode, we gave it a track mode. More sports, more exciting, much more responsive.

“We try it, you must be surprised.” 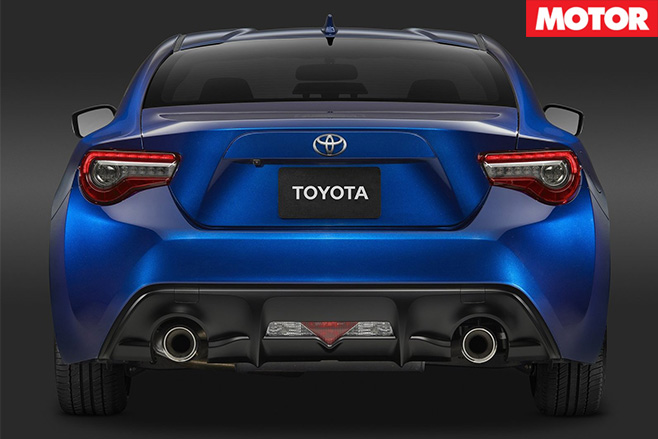 Tada-san also confirmed that body structure changes have been made in order to improve torsional rigidity, “especially the rear body, subframe no, but production change in the body.”

“Weight not so different, about the same, but interior quality also extremely better than the current car,” he added.

The steering system will remain the same, but the facelifted 86 will get a smaller steering wheel with a new, grippier material, Tada-san explained. He also said Subaru will pick up the changes for its BRZ near-twin.

Asked whether the new 86 could take the fight to the recently launched Mazda MX-5, Tada-san responded, “No comparison … expect the next one will be much better.”