For this week Canberra will play home to the Toyota 86 Shooting Brake global reveal at this weekend’s annual Festival of 86.

Australian designers have played a pivotal role in the design of the Shooting Brake version of the four-year-old 86 coupe, creating the first sketches and CAD drawings of the model that was then sent to Japan to be refined and built.

Toyota is open in saying this is not a “glamorous” concept, with unfinished carbon-wrap roof trim and an awkward connection with the B-pillar that retains the coupe’s door aperture despite the raised roofline. It also insists that it is strictly a concept. 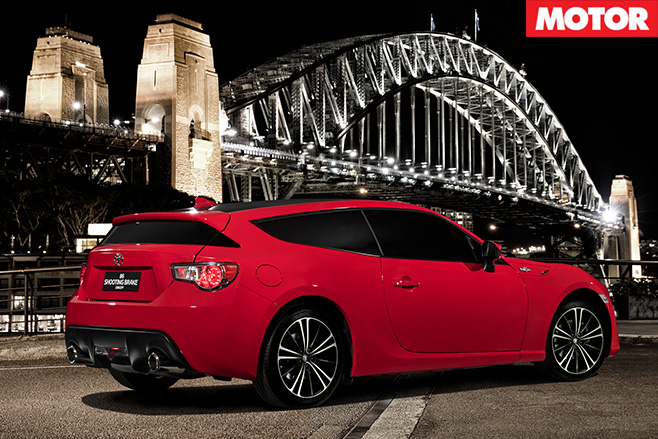 Local design chief Nicolas Hogios said the idea was born in Toyota’s Port Melbourne design studio, and, “like most passion projects this one started as a small side project.”

Speaking at the official launch function of the 86 Racing Series today in Canberra, Hogios said there was the temptation with this “after hours” project to change more styling elements of the 86 than just the roofline.

“But like a good parent, we resisted that temptation,” he added.

The 86 Shooting Brake is designed to extend the rear-drive model’s practical appeal, aimed at families who require extra luggage space, a more versatile loading area and a roof pod, surfboard or ski racks that attach easily on the roof compared with the swoopy coupe. 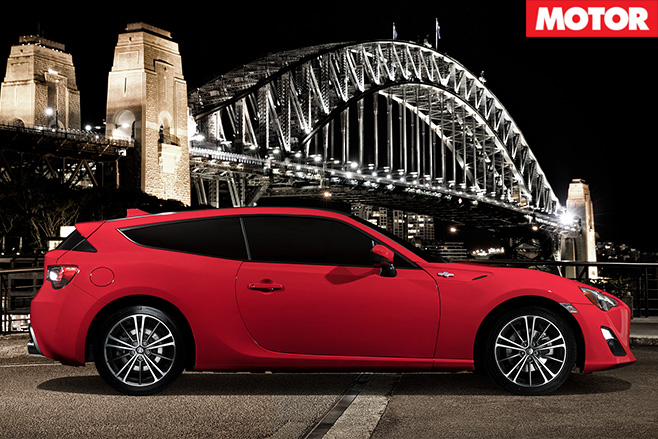 Toyota 86 chief engineer Tetsuya Tada, who is visiting Australia for the third year running for the Festival of 86, first learned of the skunkworks project last year. The Melbourne-based design crew brought its CAD works to Sydney to show Tada-san, who gave them the go-ahead to continue fleshing out the project.

The local team then flew to Japan to work with Toyota’s design studio who then built the 86 Shooting Brake, which with a kerb weight of 1269kg is 39kg heavier than the coupe. It was then driven and shipped to Australia for its global reveal this week. 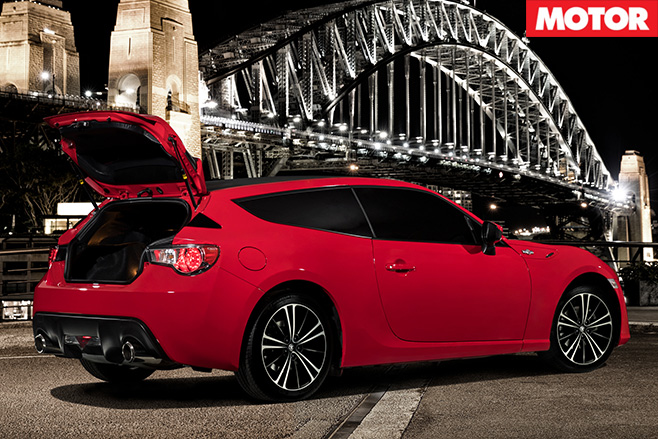 Tada-san said that, “it has been my dream to create a family of 86” and added that as the owner of four dogs, it would be a perfect vehicle to suit his personal lifestyle.

He cautioned, however, that “it is important to have a strong business case to go into production”.

The Toyota 86 Shooting Brake will be on display for the expected 500 punters attending the Festival of 86 this weekend in Canberra.