If you were a little disappointed by the lack of a big, grunty engine in the Ford Ranger Raptor, this could be for you. So why are you reading about it on MOTOR? Because Tuscany builds F-250s with Ford’s 6.7-litre turbo-diesel Powerstroke V8, which puts out an impressive 335kW and a huge 1268Nm.

It also comes with a tough look thanks to a 6-inch suspension lift, 20-inch wheels and 37-inch tyres, and all-black paintwork, badging and external hardware. Performax will be debuting the Tuscany F-250 Black Ops at the upcoming National 4X4 & Outdoor Expo in Brisbane on March 16-18, with the Black Ops to be available after that from Performax dealers.

Performax reckons it has the right ingredients to take on the Australian market, pointing out the advantages of ‘excess’ over more standard 4X4s. 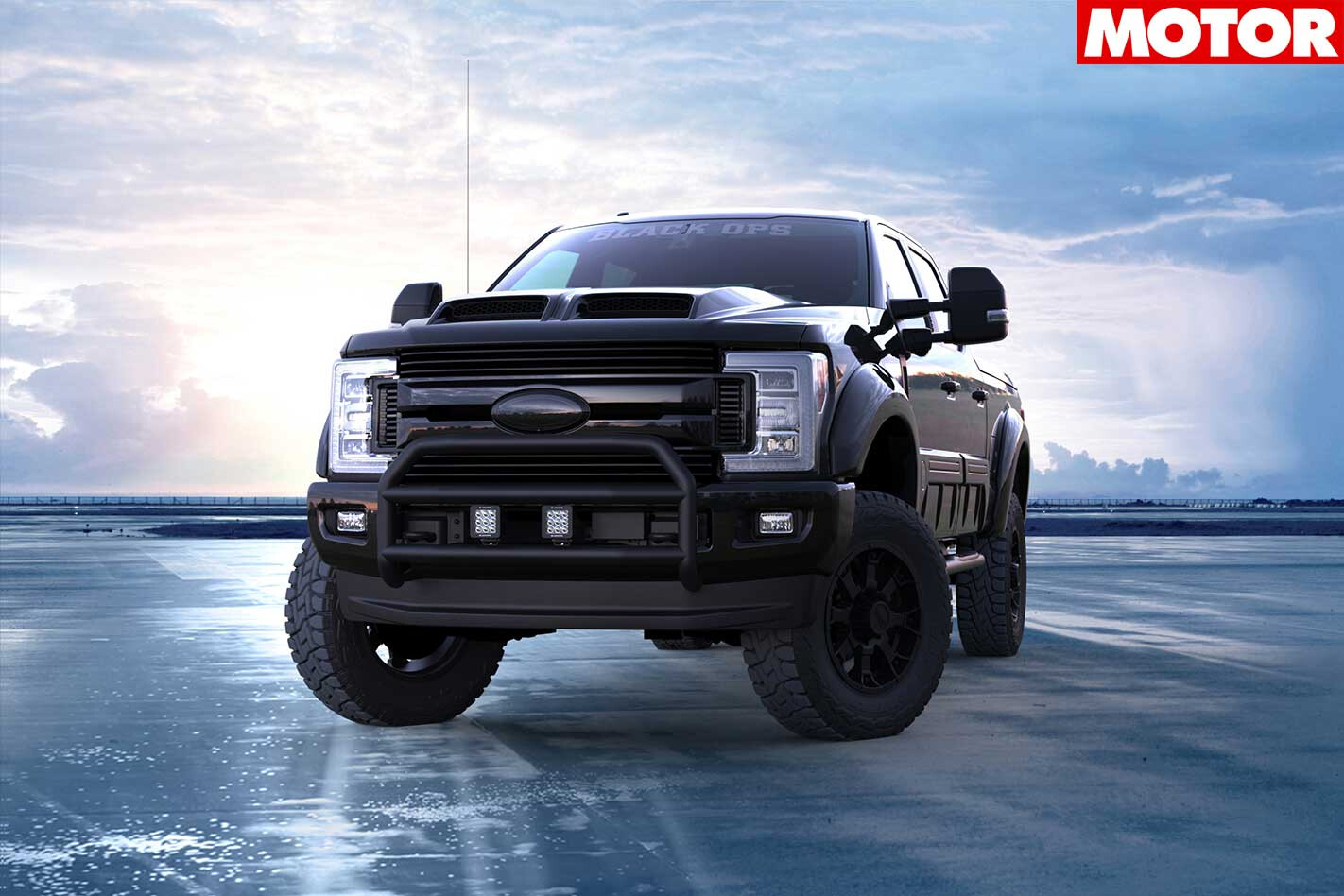 “Combining the exceptional power of the F-250 turbodiesel V8 with six-speed automatic transmission and on-the-fly four-wheel drive, the Black Ops has a five-tonne towing capacity unmatched by mass-market utes and 4WDs sold in Australia, plus exceptional all-terrain ability,” the company says.

“An imposing presence and luxurious interior mean the Performax Tuscany Black Ops offers style, comfort and ability like nothing else on or off Australian roads.”

Performax also builds right-hand drive Silverados, GMC Sierras, and other US market trucks, all with a 3-year, 100,000 km warranty.