Ford Australia has announced pricing for the Oz-bound Mustang.

Australians will fork out $44,990 for the cheapest Pony car, the LSD-equipped 233kW/432Nm 2.3-litre turbocharged EcoBoost model, while Ford wants another $9000 for the convertible variant.

True Pony enthusiasts will need $54,990 for a six-speed manual GT powered by Ford’s 5.0-litre Coyote V8, where losing the roof will again add $9K to the sticker price.

Ford’s six-speed automatic is a $2500 option for coupe models while all convertibles will be offered with only the self-shifter.

What the GT’s $10K premium buys you first is a 303kW/525Nm 5.0-litre Coyote V8 (which is less power than America’s Mustang GT, explained why here). The GT also gets front 380mm discs married to Brembo six-piston calipers, and a staggered set of ‘Ebony Black’ 19-inch wheels wrapped with 255mm-wide rubber (front) and 275mm (rear).

Where’s the Performance Pack, you ask? While the Australian-spec GT Mustang has borrowed the same 19-inch wheels from the American GT’s optional Performance Pack, the shorter 3.7:1 helical LSD and stiffer suspension have been left out, Ford telling MOTOR they may become available at a later date.

Personalising your Mustang comes in the way of four options: Coupe model buyers can cough up an extra $650 for ‘Over the Top’ stripes, unless they’ve gone for the black painted roof look, which Ford says is a $975 option. GT owners are given the chance to have their 19s finished in ‘Luster Nickel’ for $500, the same price for prestige paint available on all Mustangs.

Meanwhile, no update has been provided as to when the Ford Mustang will arrive, with the model still slated for arrival late this year. 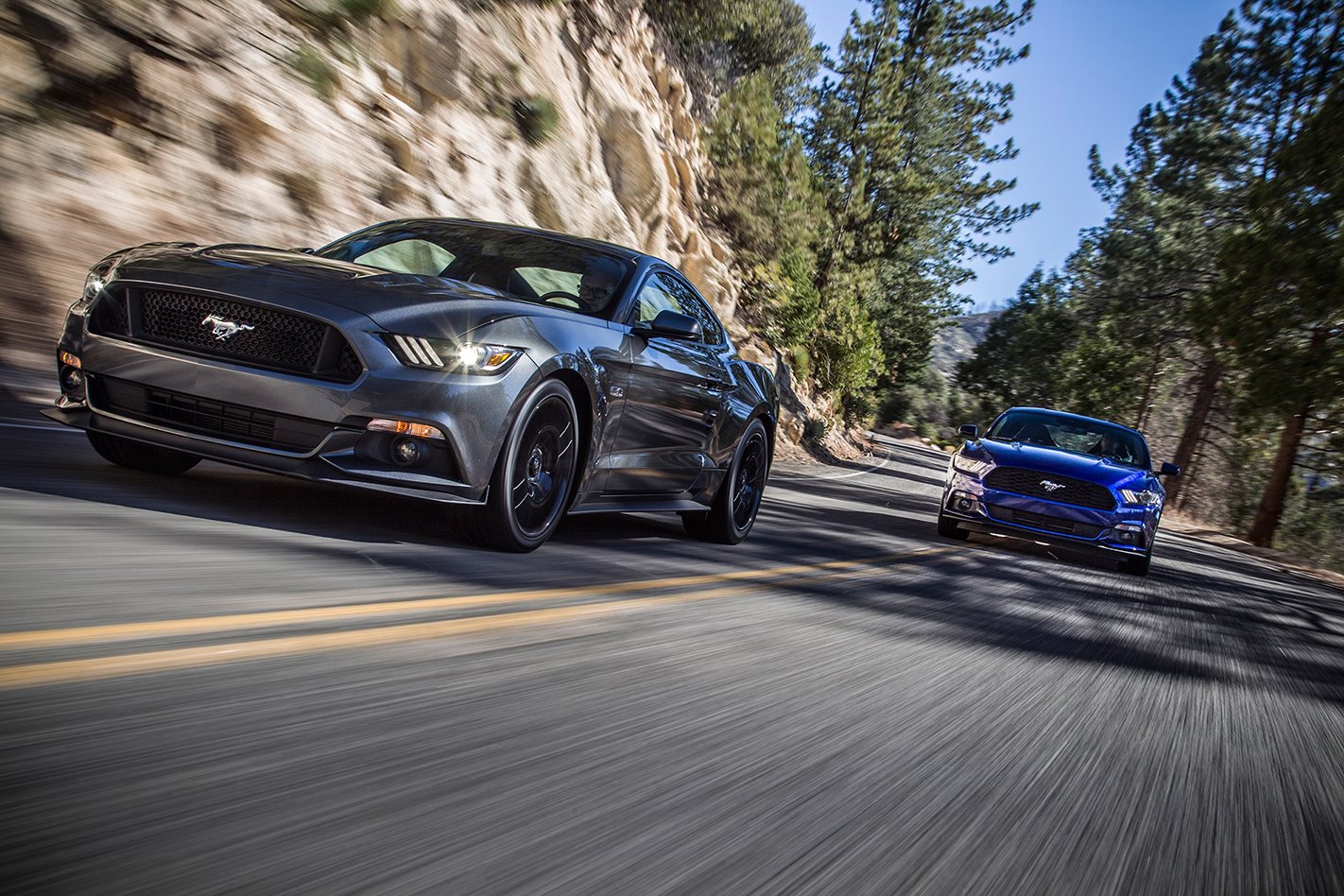 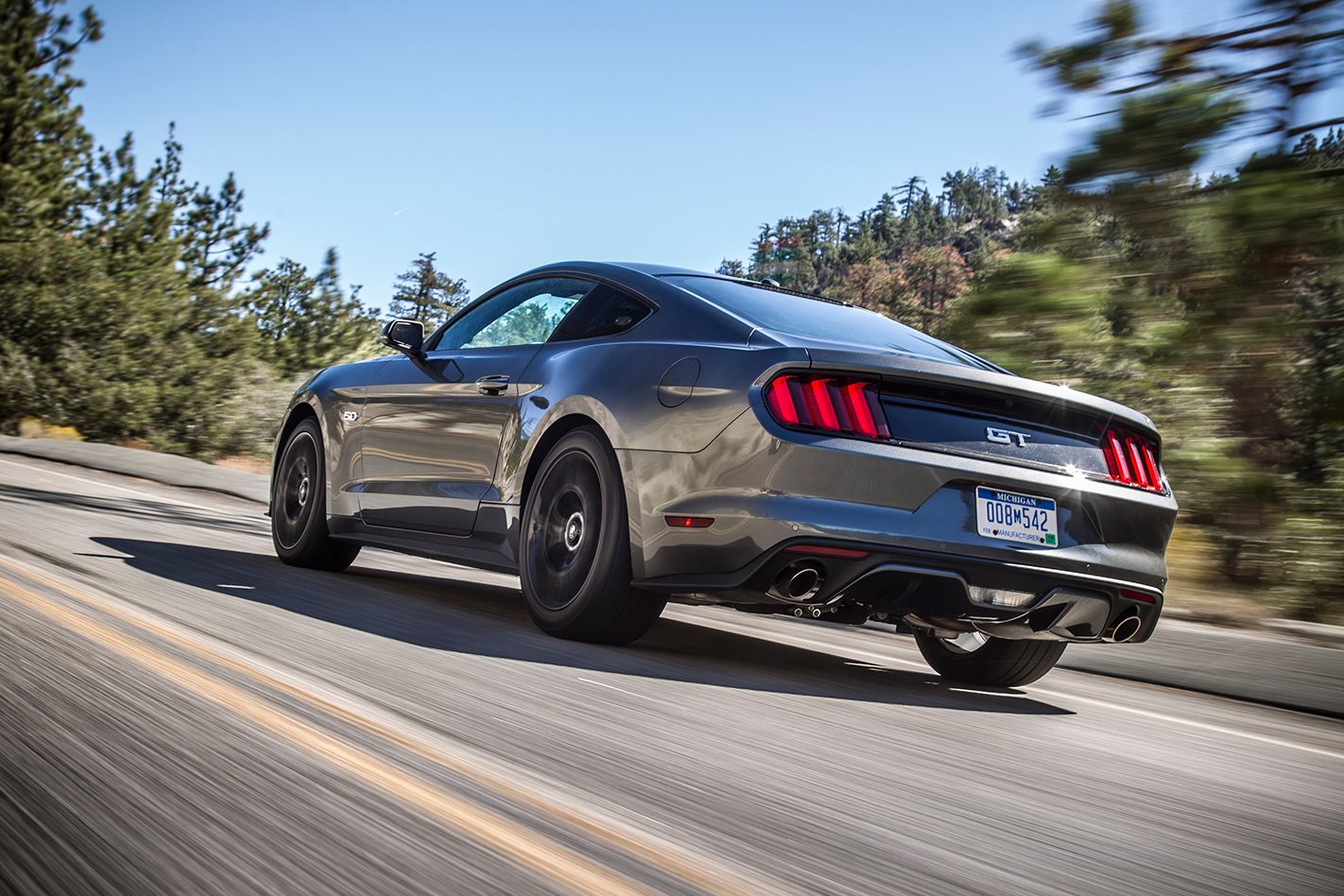 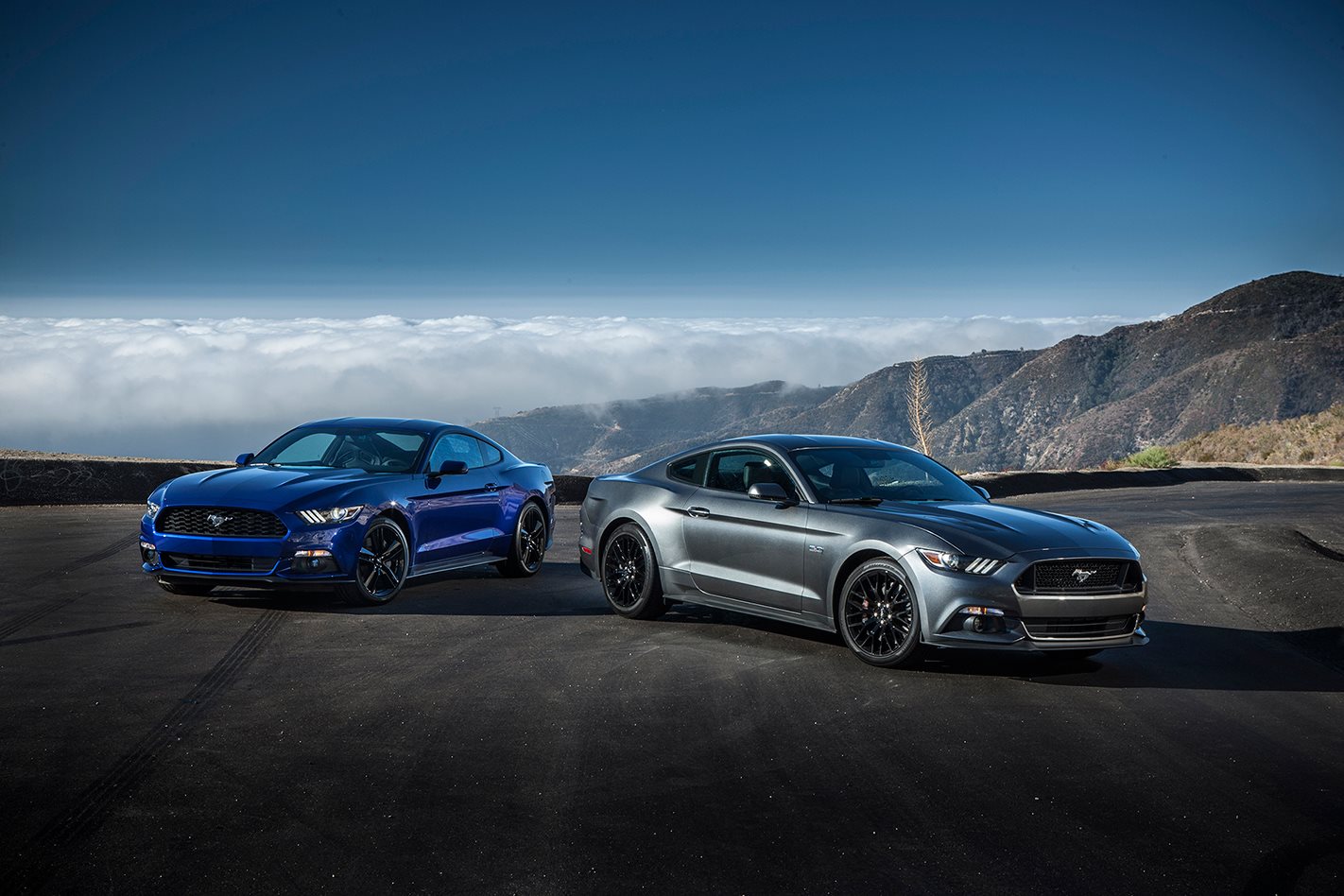 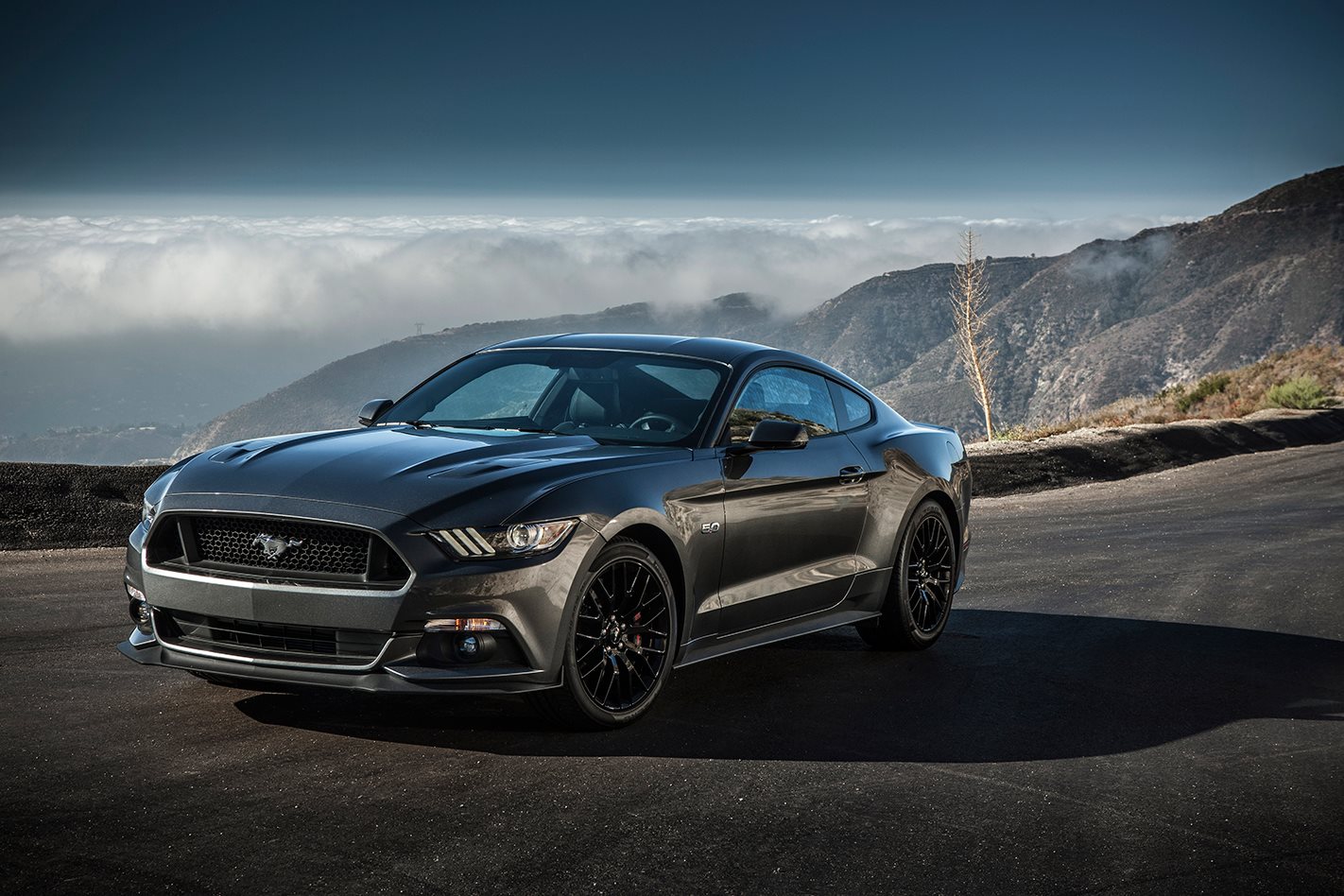 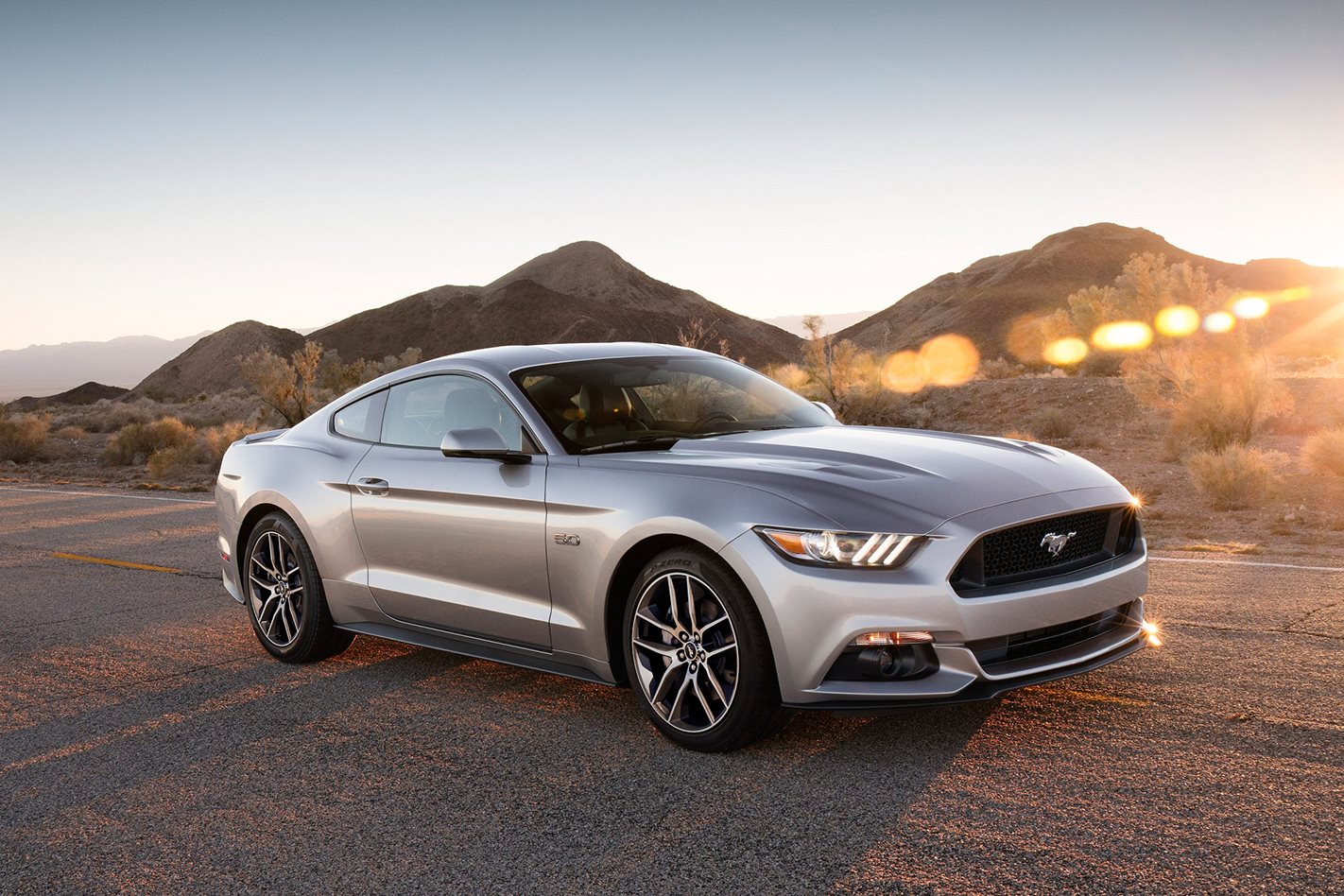 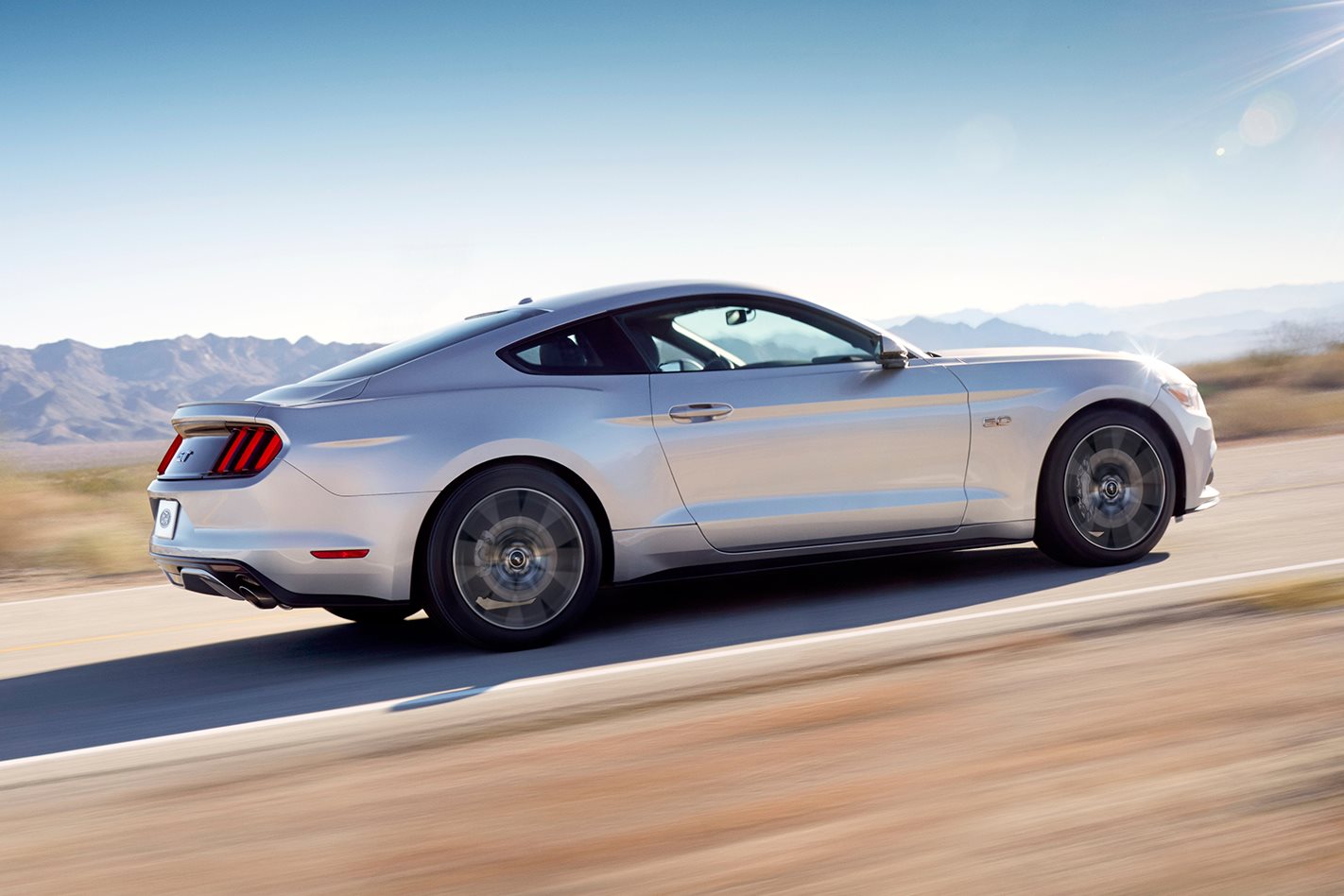 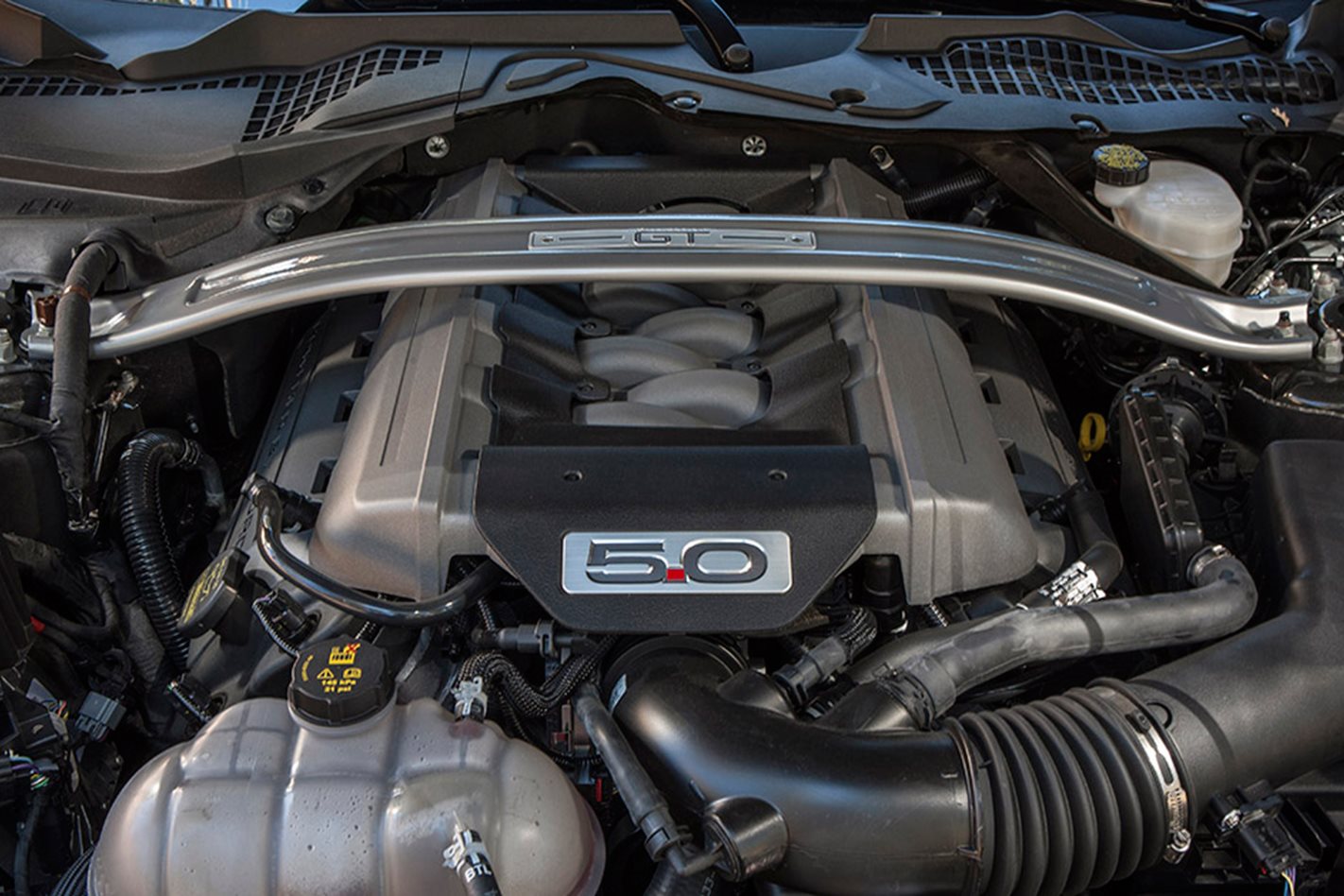