Ford gives up bid to use ‘Edge’ name for Territory replacement

FORD’S months-long bid to use the Edge name for its large-size Territory SUV replacement has failed, with the carmaker admitting to Wheels last week that it has given up the fight.

“There’s no more updates [about securing the Edge name],” Ford Australia president Graeme Whickman said at a forum outlining the carmaker’s technology-driven future. “Our conversations have concluded with Toyota. That will not yield that name.”

Ford Australia was keen to introduce the Edge name for its Territory replacement as part of the carmaker’s One Ford philosophy, which encourages a global roll-out of names where it suits the market. 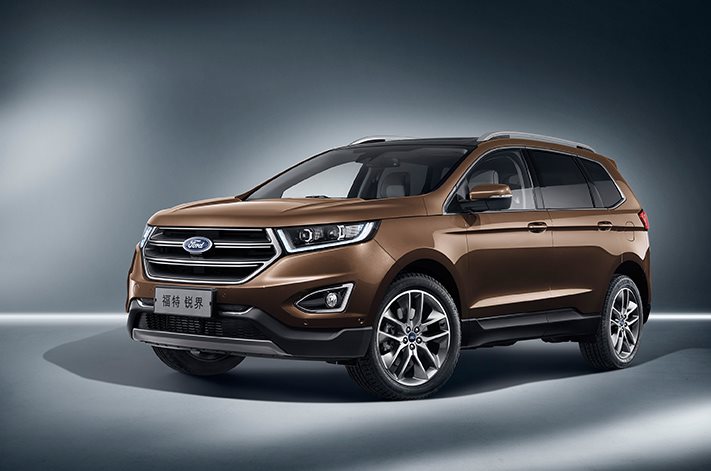 The latest change of name was introduced with the recent Ford Kuga facelift, with a complete change of identity via a reshaped front bumper and grille giving the global carmaker a chance to drop Kuga in favour of the more widespread Escape badge.

According to Whickman, Ford will continue to “work with other vehicle names” ahead of the Edge’s arrival early in 2018.

“That’s an innovative process, because we want to make sure we live up to One Ford globally, so it’s a process that takes some time.”

Toyota Australia owns the trademark to the Edge name after applying it to a number of limited-run Corolla and Hilux models – a pair of vehicles currently ranked as two of the nation’s best-sellers.

Toyota confirmed it had declined Ford’s request to use the Edge name in Australia. “Toyota owns the trademark rights for ‘Edge’ in relation to motor vehicles, parts and accessories in Australia and New Zealand,” spokesman Beck Angel told Wheels.

“After careful consideration, we declined Ford’s request to use the ‘Edge’ trademark in these countries.”

She said the Japanese carmaker would not reveal plans it had to roll out the Edge name on future Toyota-badged products. 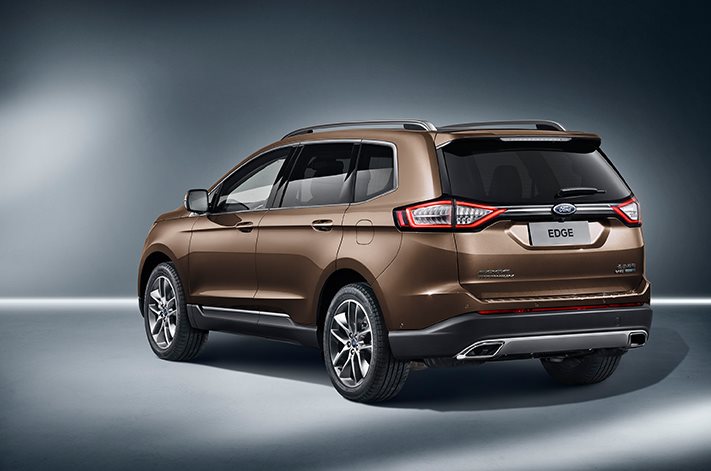 The loss of the Edge name leaves a hole in Ford’s alliteration-heavy SUV naming convention, with the rest of the line-up comprising the compact Ecosport, mid-size Escape and extra-large Everest – all models starting with the letter “e”.

However, the carmaker faces the quandary of buyers who are likely to be split between those thinking Ford should have retired the Territory nameplate with the end of Australian manufacturing, or – like Holden will do with the Commodore badge adoring the German-built Opel Insignia due next year – those happy to whack the local badge on a fully imported product. 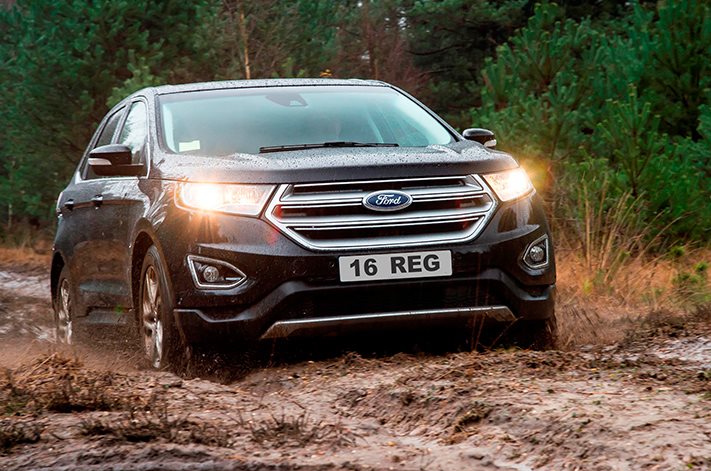 The current-generation Ford Edge is built in Canada and sold in right-hand-drive markets including Britain. However, Ford Australia has taken the unusual step of skipping this generation and waiting almost two years for an all-new version of the five-seat SUV to arrive.

This is to potentially give Ford room to develop a seven-seat version of the SUV, which is currently only built in left-hand-drive for China. 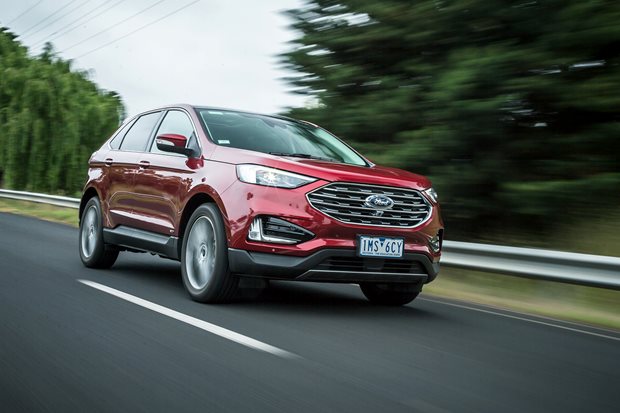