It has been a whole decade since the last Honda Civic Type R launched locally and this successor appears to be a whole different beast to the previous atmo three-door model.

It remains front-wheel driven but gets a mechanical limited-slip differential (LSD) like the big boys in the hot hatchback segment (Megane RS, Golf GTI Performance, 308 GTi 270) do. It will also swamp those rivals (and its front boots) with a 235kW/400Nm VTEC 2.0-litre turbo four-cylinder petrol linked only to a six-speed manual (complete with auto rev-matching). 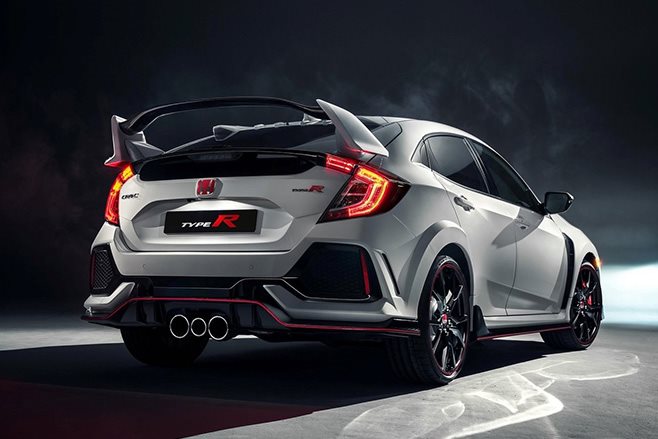 No performance figures have been given for the new five-door hatch, but Honda Australia has told MOTOR that the Civic Type R will arrive locally late this year priced at around $50K. Its power and torque all well exceed those of front-drive foes, while stepping right up to the all-wheel drive 257kW/440Nm Ford Focus RS.

Torsional rigidity has been improved by 38 per cent compared with the short-lived previous-generation Civic Type R that was mechanically similar but never saw the light of day locally. Wild wings and gills – true to the concept car shown at September’s Paris motor show –also contribute to a “best-in-class balance” between lift and drag, the Japanese brand claims. 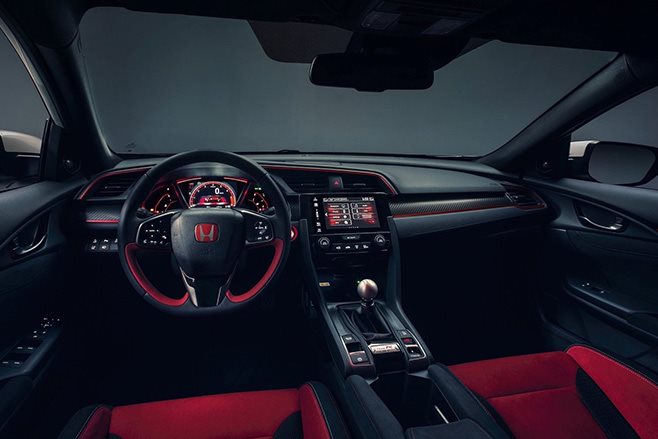 New geometry has been used on the strut front suspension to reduce torque steer, according to the brand, while the multi-link rear suspension gets stiffer control arms than the regular – and surprisingly agile – regular Civic models we already receive in Australia.

The Type R will also be the first hatchback model sold locally with adaptive suspension, complete with Comfort, Sport and R+ modes that further act on the steering weight, throttle response and even “gearshift feeling” according to Honda. Although tyres and brakes haven’t been specifically detailed, the pictured production model wears 20-inch black rims wrapped in Continental rubber, and with Brembo callipers behind. 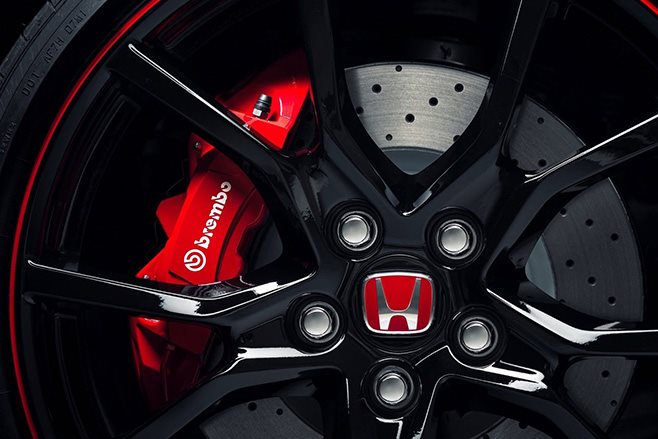 The cabin is about as unsubtle as the exterior, with an alloy-topped gearlever carrying over from the 2007 model, as well as trademark red suede seats and steering wheel inserts. 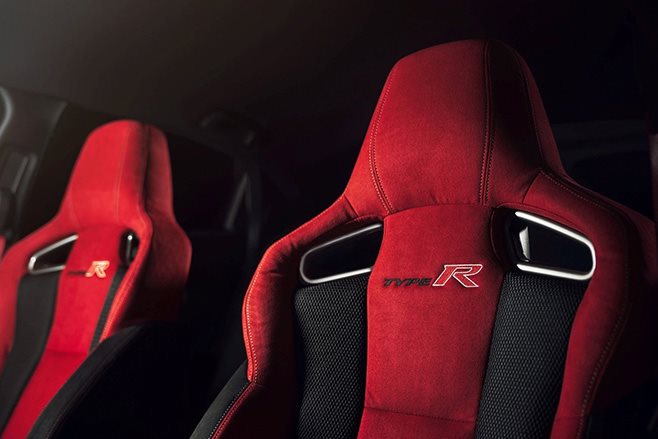