"The Chiron is the world’s most powerful, fastest, most luxurious and most exclusive production super sports car."

Those are the words of Bugatti, which don’t really leave a lot of room for interpretation. Unveiled overnight ahead of its Geneva Motor Show public debut, the Chiron is the replacement for the Veyron, the model that relaunched the Bugatti brand and changed the supercar world forever.

Tucked in the back of the Chiron is a redesigned version of the Veyron’s 8.0-litre quad-turbo W16, now producing 1103kW/1600Nm, the latter all the way from 2000-6000rpm. It introduces two-stage turbocharging, with one pair operating from idle before the second pair kick in at around 3800rpm. 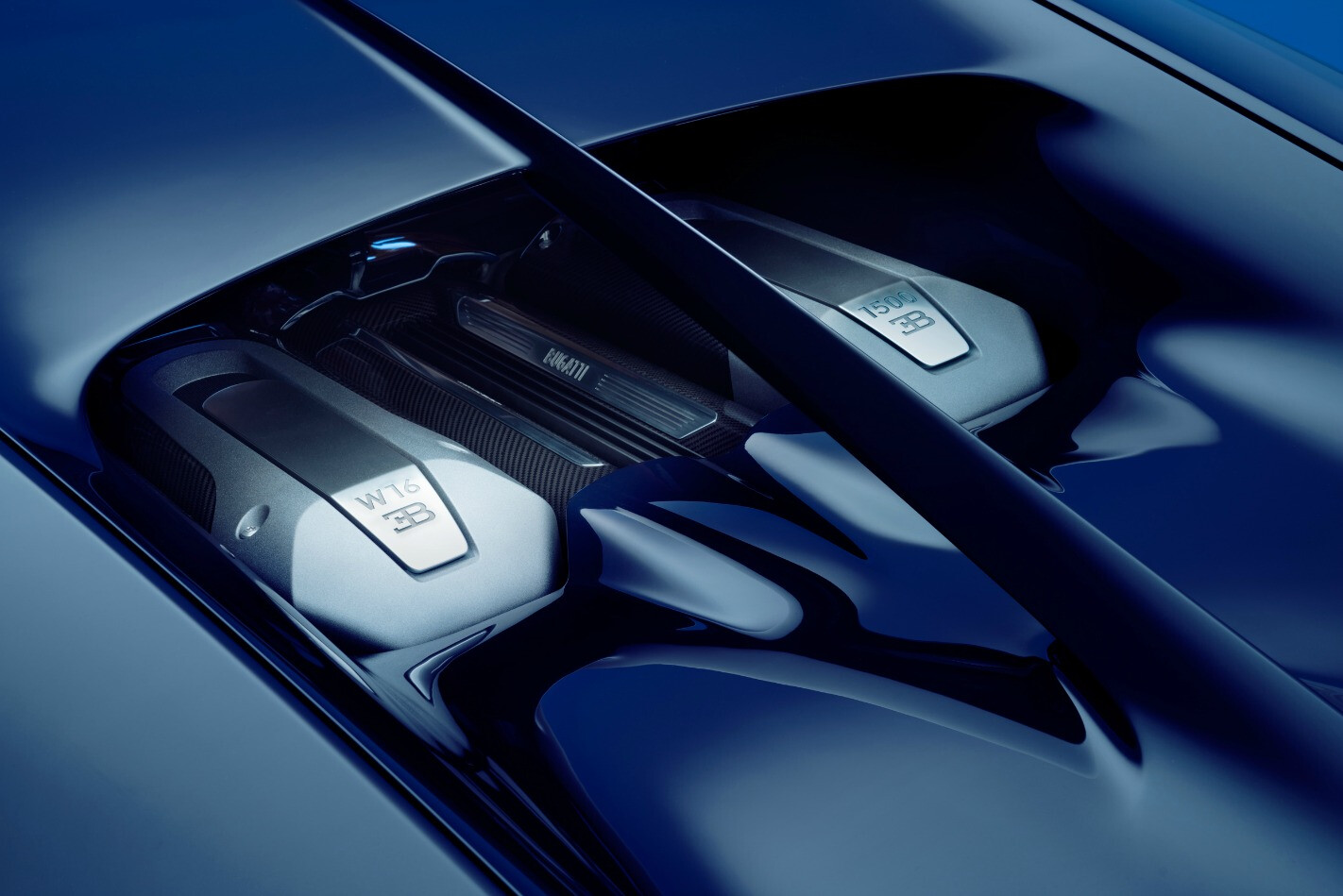 The result is 0-100km/h in a claimed 2.5sec and a top speed that is limited for road use to 420km/h. This is lower than the world record speed of 431km/h set by the Veyron Super Sport, but Bugatti claims the Chiron "is ready for a new world record."

Keeping it on the ground at aeroplane speeds are active aerodynamics including a hydraulic front diffuser flap and a four-stage adaptive rear spoiler.

One area Bugatti wanted to take a significant step forward with the Chiron was handling. The carbon fibre monocoque boasts a torsional rigidity of 50,000Nm/deg and the adaptive chassis features five driving programs: Lift, Auto, Autobahn, Handling and Top Speed. 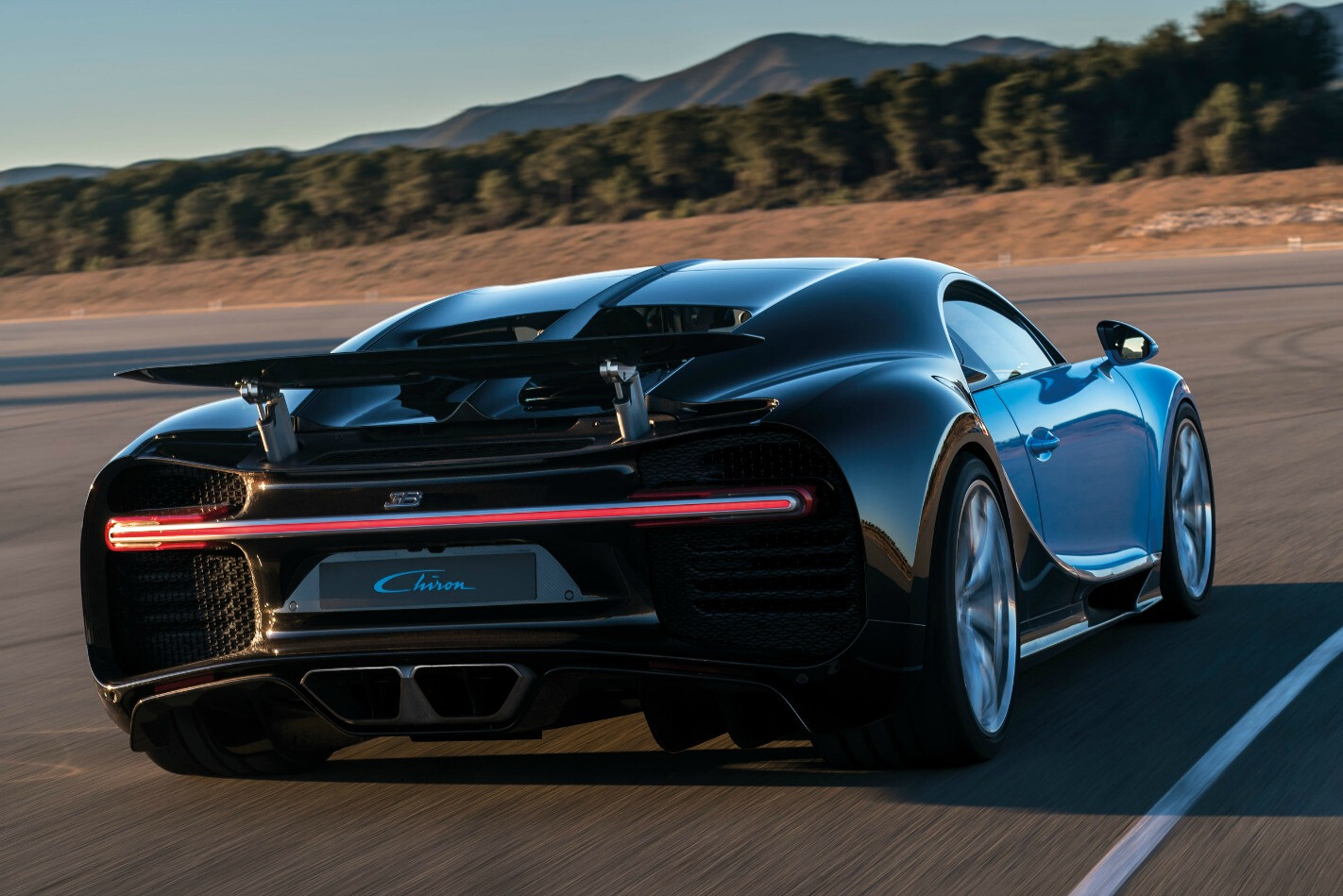 Lift is for low-speed manoeuvring, Autobahn activates above 180km/h with Handling recommended for racetracks. The top speed in these modes is limited to 380km/h, with Top Speed requiring the use of a second key.

Brakes are massive carbon ceramic rotors front and rear with eight titanium pistons in the front calipers and six in the rears, while Michelin again provides bespoke tyres measuring 285/30 R20 at the front and 355/25 R21 at the rear. 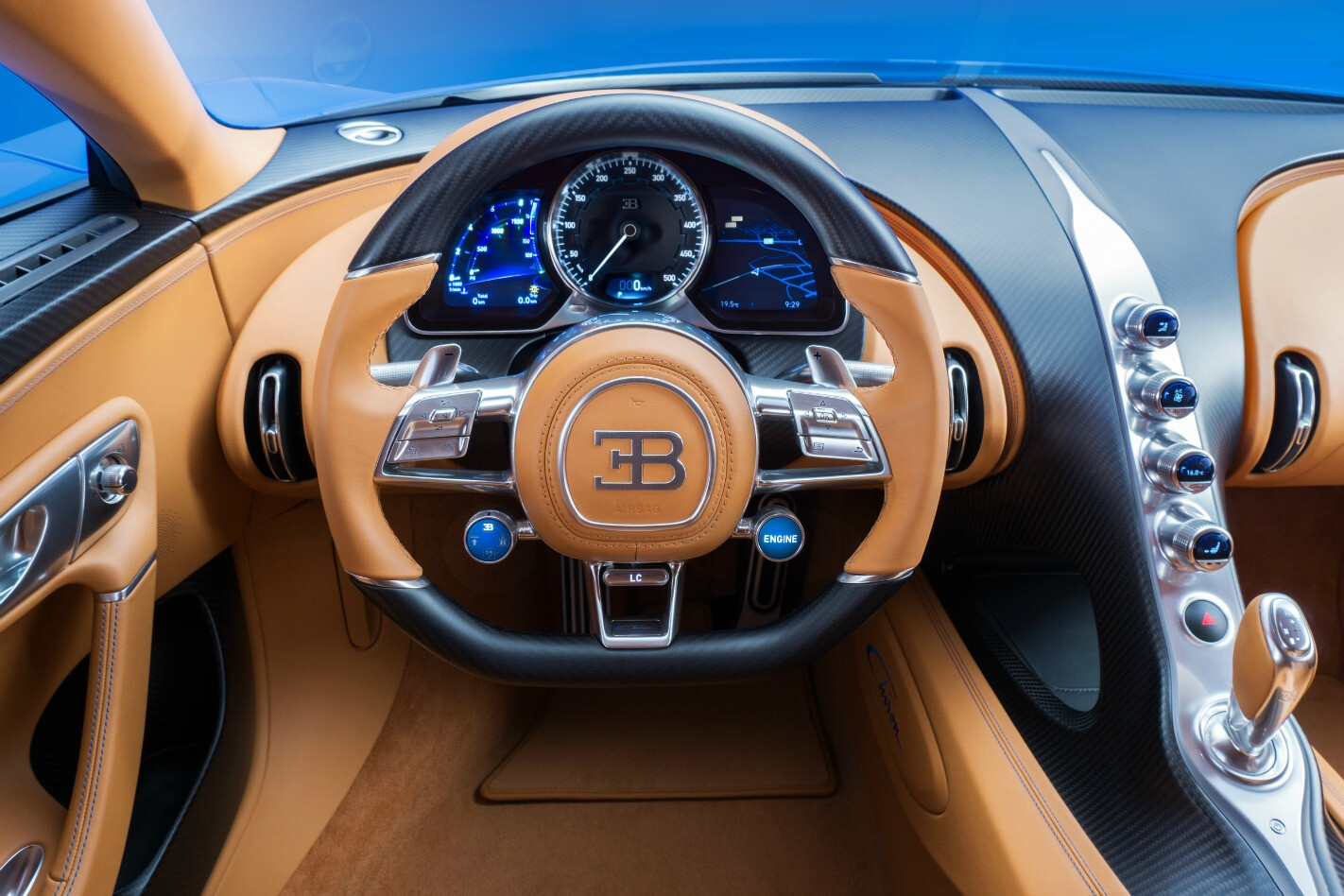 Just 500 Chirons will be built with Bugatti claiming a third of that total are already spoken for, however as with the Veyron we’d expect an open-top Gran Sport and plenty of special edition versions to follow.

We look forward to bringing you a first drive of the Chiron later in 2016.