Legendary motorsport and automotive designer Gordon Murray has revealed part of the design for his Gordon Murray Automotive T.50 supercar, as well as a technical partnership with Racing Point Formula One team.

Murray says joining with Racing Point will allow the T.50 to be bestowed with the best aerodynamic technology possible, while working with his ground effect fan design. 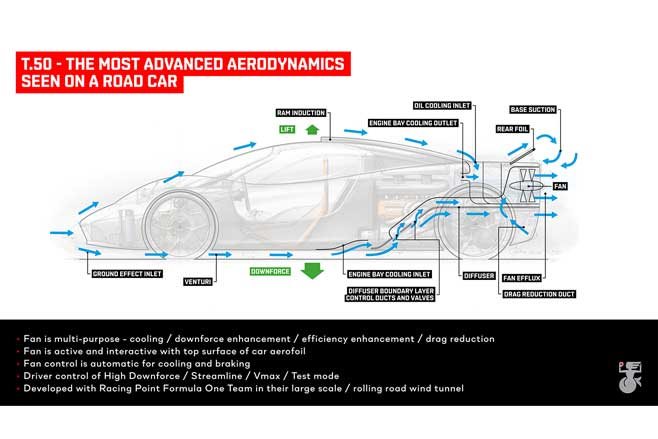 “Formula One remains a deep passion of mine, so partnering with Racing Point to develop the T.50 is hugely exciting,” Murray says.

“I’ve dreamt of delivering a road car with a ground-effect fan since I designed the Brabham BT46B F1 racing car in 1978. The system on the T.50 is much more sophisticated than the Brabham’s and will benefit enormously from Racing Point’s expertise and resources.”

But while the fan will make the T.50 (50 for Murray’s 50th road or race car design) a unique design, the primary philosophy behind the car is very traditional.

From its Cosworth-developed, naturally aspirated 4.0-litre V12 to its sub-tonne weight, the T.50 is designed to be ‘pure supercar’ with a focus on engagement rather than chasing power figures or top speeds.

Having said that, 485kW and 610Nm will allow the spiritual successor to the McLaren F1 to dust other supercars, even if the top speed isn’t Koenigsegg material, or its 0-100km/h sprint doesn’t quite match a Nismo GT-R. 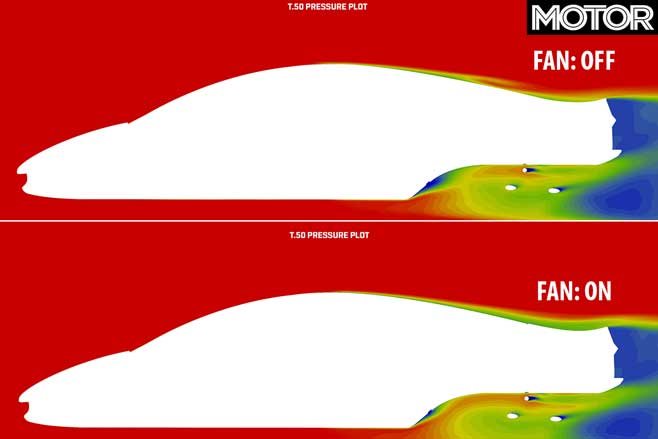 “We were highly focused on achieving the purest possible form for the T.50, an objective we’ve achieved through world-first engineering innovations and active underbody aerodynamics.

“We will reveal the completed design at the T.50 supercar’s global debut in May.”

Its aerodynamics are able to function in six different modes, from the self-adjusting Auto mode – which by default optimises its various functions to best suit the driver’s input – to Test mode which shows off the movements of the aero parts while the car is at a standstill.

The team from Racing Point has allowed this aero to be tested in the real world, using the F1 team’s wind tunnel, rather than just through digital means.

Racing Point team owner Lawrence Stroll says it’s not only a professional privilege for his team to be working with Murray, but a “personal pleasure” to be part of the project.

“Our aerodynamicists will utilise our wind tunnel to harness the very latest Formula One expertise and experience for the T.50 project, ensuring Gordon’s revolutionary fan concept delivers its full potential.

“I have admired the design and engineering skills of Gordon Murray since his earliest days in Formula One, so it is a personal pleasure to support this project, which truly rewrites the rulebook on aerodynamics.”

The full carbon fibre monocoque and body will house the engine and 6-speed manually-shifted gearbox midship, allowing the centrally positioned driver to cop the full brunt of decibels produced by the V12 at its 12,100rpm redline.

“We’ve been taken aback by the enthusiastic reaction of buyers from across the globe.

“The first customer deliveries will take place in January 2022, on schedule, with every customer who has already been allocated their T.50 receiving their car that year.” 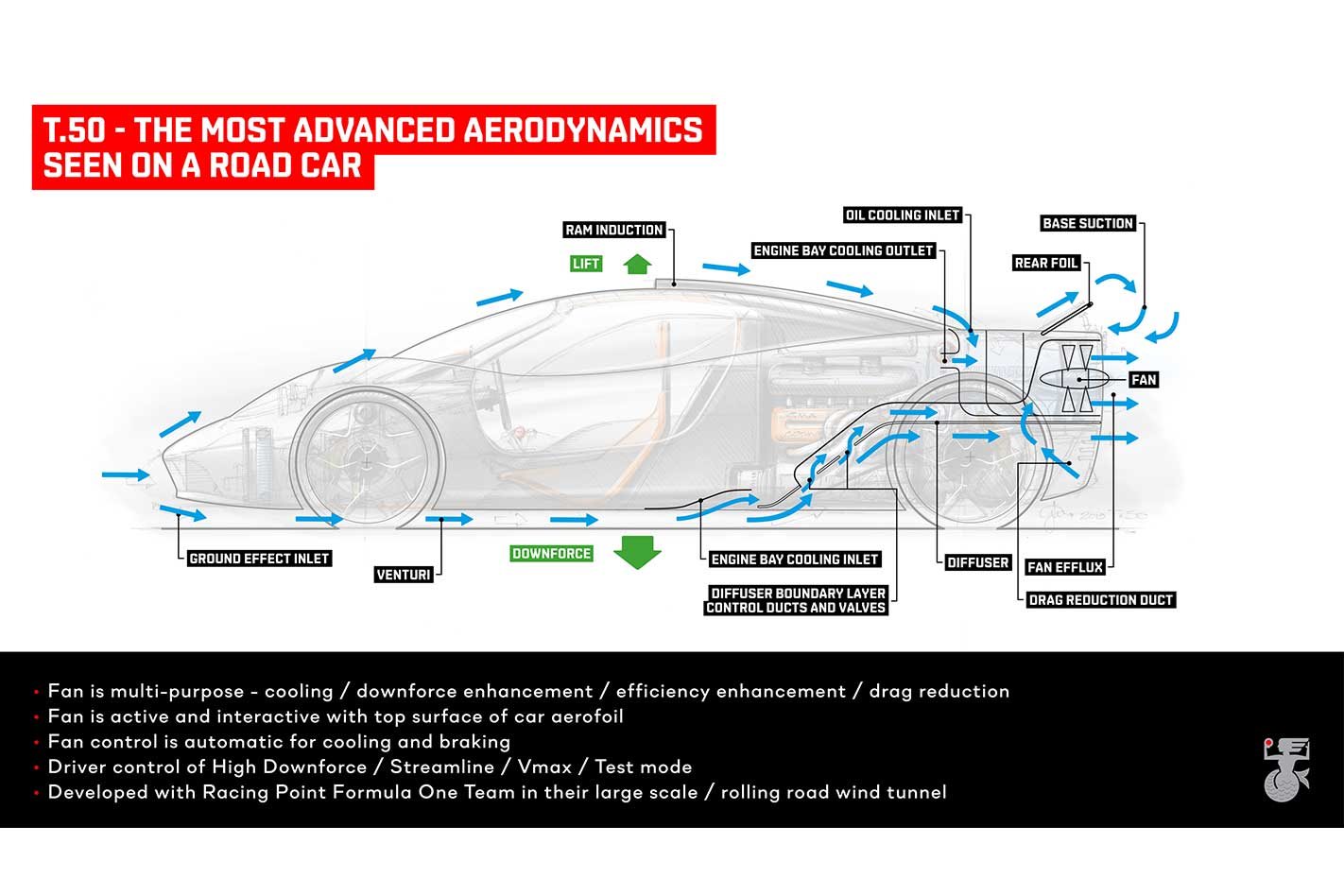 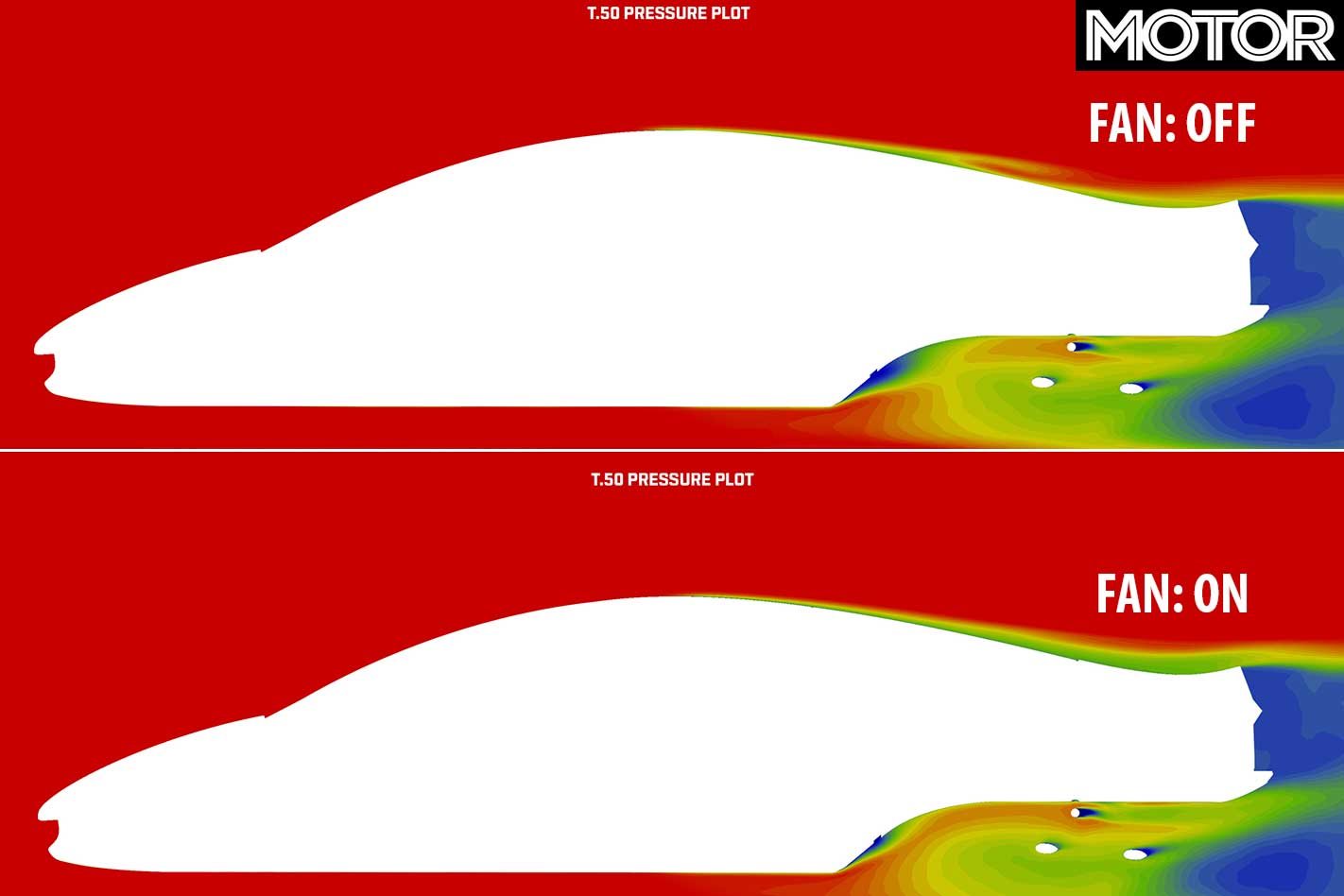