While the Gordon Murray Automotive T.50 supercar was due to be revealed in the metal during the recent (but obviously cancelled) Monaco F1 Grand Prix, work on the project is still moving along with the team from GMA working separately through England’s lockdown.

Legendary Formula One designer and father of the McLaren F1, Murray has now revealed further information about the T.50, a car he says will be the last great analogue supercar.

Not only has Murray announced the weight for the GMA T.50 at an impressive 980kg, but he has outlined how the weight savings were made.

The philosophy guiding the weight of the T.50 is a matter of ‘weight to power’ rather than ‘power to weight’, according to a statement from GMA.

It’s for this reason the weight was prioritised, and elements such as the engine, transmission, and pedal box are all lighter than that of Murray’s iconic F1. 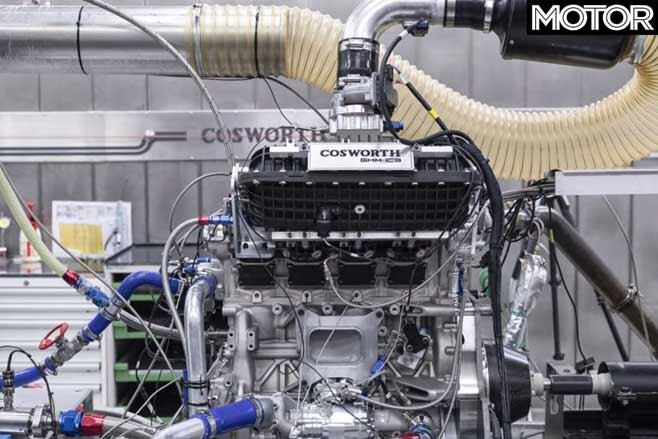 The 485kW 3.9-litre Cosworth V12, naturally aspirated as is Murray’s preference, weighs less than 180kg, making it more than 60kg leaner than the BMW-derived V12 of the F1. The Cosworth V12 also makes more power.

The T.50’s manual gearbox is 10kg lighter than the F1’s and the pedal box is 300g lighter, these two feats aided by the windscreen and even all of the car’s fixings being optimised for weight.

Perhaps even more impressively, the body panels themselves and the monocoque weigh in at a total of less than 150kg.

“Designing a lightweight sports car does not come from specifying exotic materials alone,” says Murray, “it comes from a state of mind, from absolute focus and control, and from a deep understanding of lightweight, optimised design.

“Today, the enjoyment of driving has been lost as so many supercars only come ‘alive’ at the upper-ends of their performance capabilities. Chasing a top speed only adds weight (notably through ever-more powerful engines), so the future of true performance cars lies in shedding weight intelligently.”

GMA says a driveable prototype of the T.50 is on track to be ready by September 2020.