Hennessey has built a bonkers twin-turbo C8 Corvette, because of course it has

Turn up the volume and listen to the demonic sound of Hennessey Performance Engineering’s (HPE) twin-turbo C8 Corvette.

For fans of spooling forced induction, it’s a treat, with the dual blow-off valves clearly audible as the menacing set-up comes to life.

HPE claims it’s a world first application, and as you can see in the video posted on its YouTube channel, the turbos are positioned low in the engine bay and underneath the (traditionally naturally aspirated) 6.2-litre LT2 V8.

The boosted Hennessey C8 is dubbed HPE1200, alluding to the fact that HPE is aiming for 1200 horsepower (882kW) from the project. However, official figures for the test mule are yet to be detailed.

Read next: The Aussie origins of the Corvette C8

While Hennessey is working on the HPE1200, GM is also expected to reveal faster versions of the regular C8 in the future.

Rumours suggest a high-performance ZR1 is in the wings and will be powered by a hybrid twin-turbo V8 with around 900hp (670kW). After all, GM has already trademarked the ‘E-Ray’ badge. 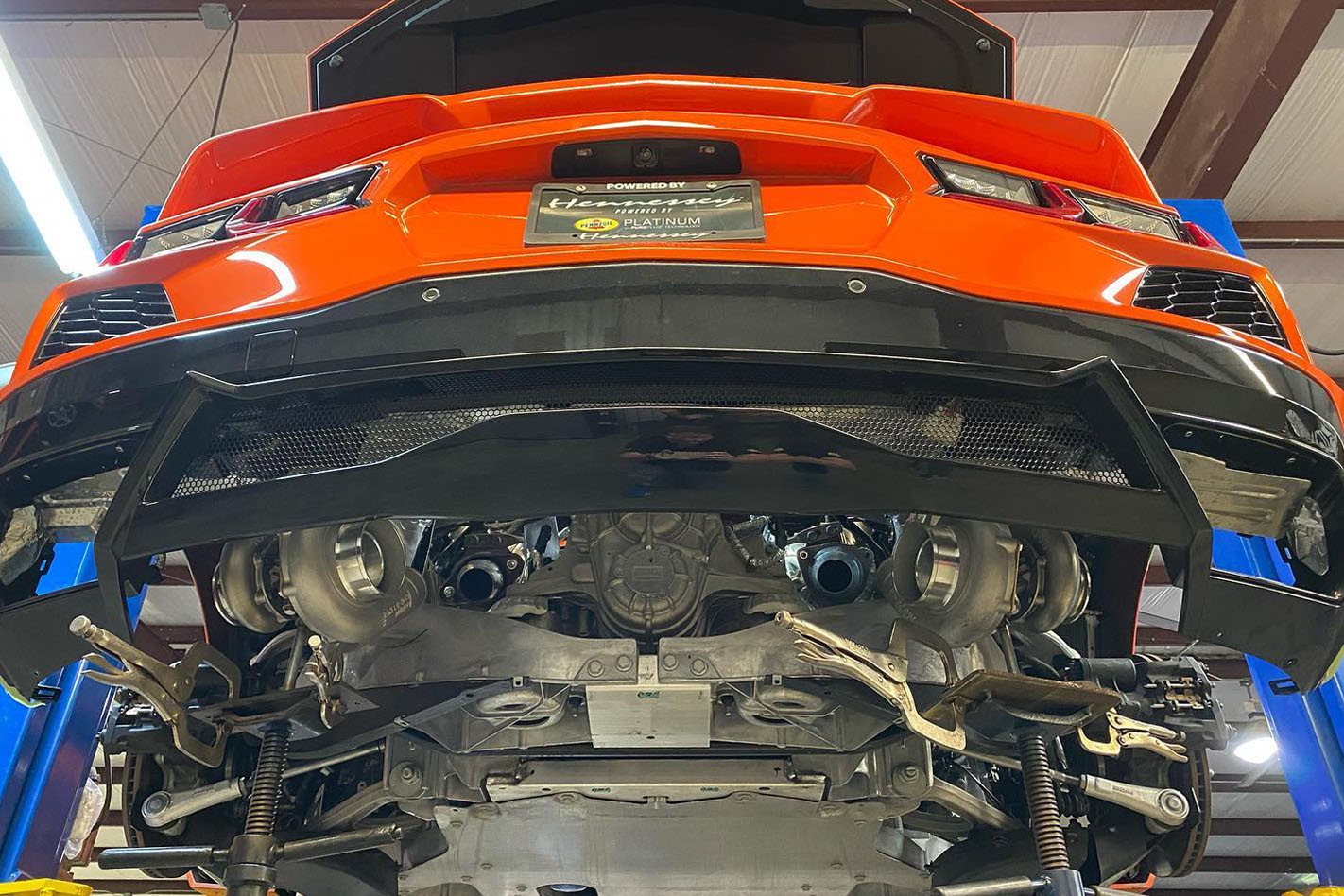 While full specs of HPE’s crazy creation are yet to be showcased, we already know the mid-engined ’Vette hasn’t just had two turbos bolted to the LT2 without any other upgrades.

Read next: GM is working on the most powerful engine in Holden’s history

The internals have been beefed up with forged aluminium pistons and forged steel connecting rods (for a 10.0:1 compression ratio), as well as ECU tuning.

HPE is also ensuring that the gearbox is up to the task, with the company stating that the Corvette will be fitted with an “upgraded and fortified factory dual-clutch transmission”. 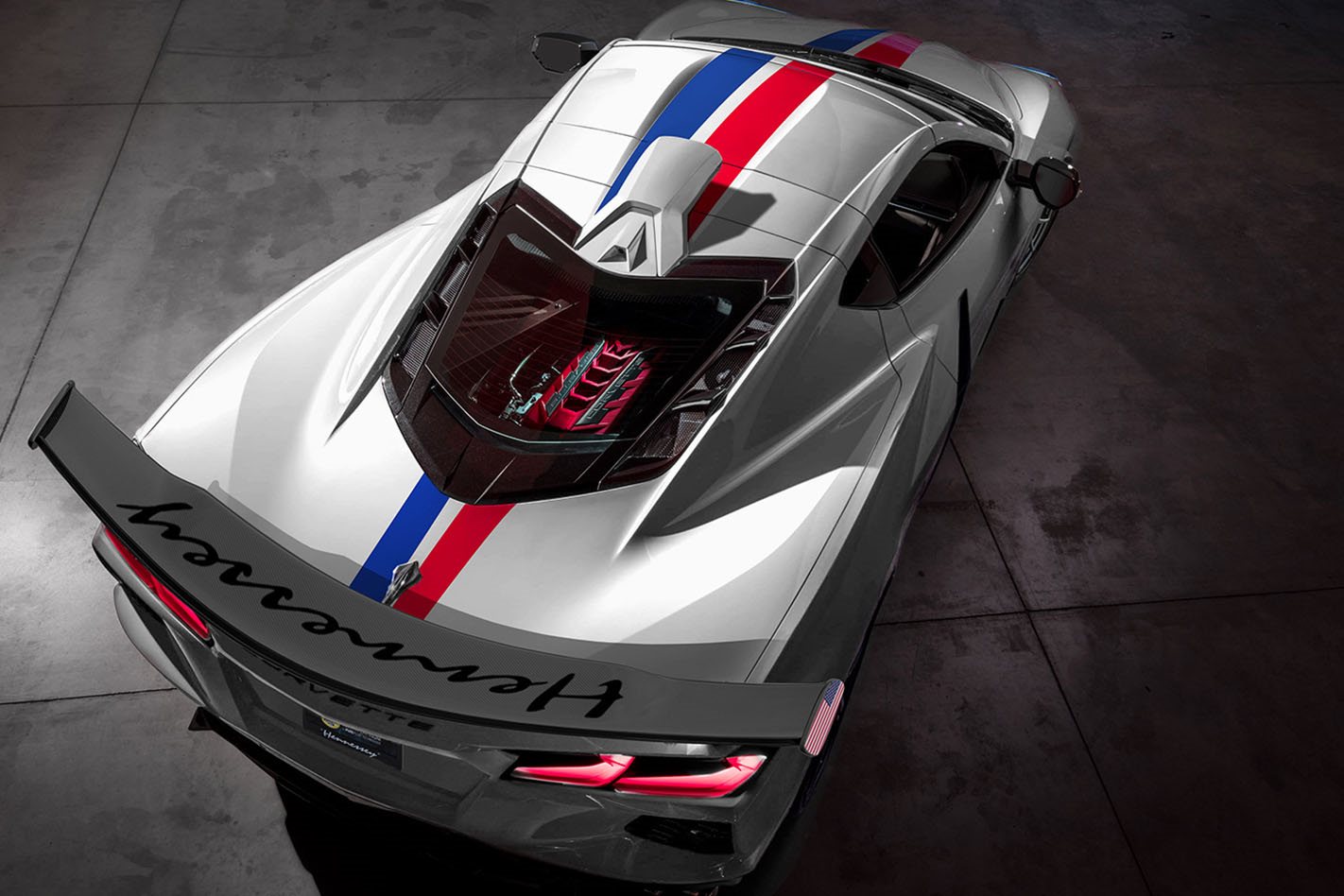 Apparently, the system can be fitted without needing to encroach on boot space, so two golf bags can still fit inside a twin-turbo Corvette.

HPE plans to offer CarbonAero carbonfibre aerodynamic upgrades, which include a front splitter and air dam as well as a carbon rear wing.

Read next: Aussie Corvette C8 set to be cheaper than expected

A 700hp (515kW) supercharger upgrade is also in the works, if turbocharging isn’t your flavour, and you can’t wait for faster factory-built options from GM.

The C8 Corvette is still slated for Australia, but it’s unclear how or when it’ll arrive down under following the announcement of Holden’s closure.