Holden has officially opened the doors for a garage sale at its Port Melbourne-based Global V6 engine plant.

The Port Melbourne plant’s contents have today listed for sale on a Germany-based liquidator’s website as the carmaker gears up for a late 2017 closure after almost 70 years of local car manufacturing.

However, rather than list a set price for the equipment used to make crankshafts, machine engine blocks and heads, assemble turbochargers and final test and assembly, Holden is inviting buyers to nominate how much they’d like to bid for the line. 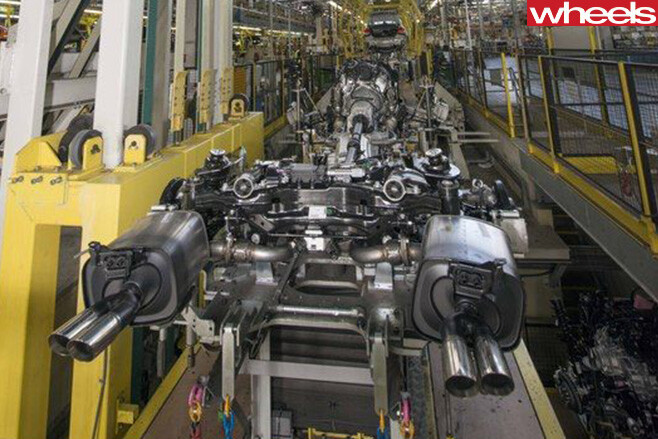 Potential buyers will need to be quick; bidding on the equipment closes on November 30, giving them just over three months to pull a bid together.

The line currently feeds “High Feature” 3.0-litre and 3.6-litre Alloytec V6 engines into the locally developed Holden Commodore, both for the domestic market and the shrinking export markets vital in keeping Commodore production viable. In the past, it has even supplied engines to brands as diverse as Alfa Romeo and Saab.

The terms of settlement are in Aussie dollars, too, suggesting that Holden rather than its US parent company General Motors will receive the funds. In 2014, the engine plant officially built its millionth V6 engine.

When it started producing the Alloytec engine, developed in cooperation with GM’s luxury brand Cadillac, in late 2003, the Port Melbourne Global V6 plant was considered one of the GM’s newest and most advanced powertrain manufacturing facilities worldwide.

The engine plant was a vital part of GM’s plans to globalise its production process – ultimately, though, one that marked the VE Commodore as the last of the Australian designed, developed and built cars. To build the new-generation Alloytec, the engine plant had received a $400 million investment, marking the Global V6’s engineering and manufacturing project as “the most significant engine program ever undertaken by an Australian vehicle manufacturer”, GM says.

At its peak, the engine plant produced 34 variants of the V6, including a 2.8L Turbo, 3.0L V6, 3.6L V6 petrol and 3.6L LPG. Holden Engine Operations, as the site was known, also built the first pre-production compressed natural gas (CNG) dual-fuel engine for an international market.

However, E85 versions of the engine, able to run on a mix of petrol and up to 85 percent ethanol, was quietly withdrawn from the Australian market after buyers largely ignored the fuel.

Holden has built engines at the Fishermans Bend site since 1936. It is also the site where the 2.15-litre six-cylinder “grey” engine was built for Australia’s first locally made production car, the 48-215.

Holden is yet to announce what it will do with the land on which the factory is based – considered a prime piece of Melbourne real estate – once the site closes.