Price rise for LS3 but with more equipment now standard

Buyers of the Holden Commodore SS will now score more equipment but for a higher price as fresh MY17 updates go to market in this final year of VF Series II production.

Although the $60K-plus limited edition Magnum ute, Motorsport sedan and Calais-based Director limited editions have stolen the limelight this week, Holden quietly slipped in other changes to the Commodore lineup that results in a 6.2-litre V8 LS3-model price hike.

The Commodore SS is now $2500 more expensive than before, starting from $47,490 plus on-road costs with either six-speed manual or automatic transmission. It does, however, usurp the previously-$48,490 Commodore SS-V, adding its 19-inch alloy wheels, head-up display and satellite navigation – but not leather trim, chrome beltline, and clear tail-lights. 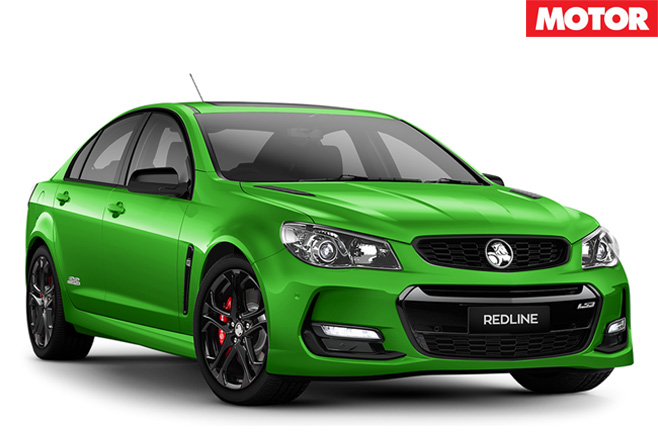 It leaves a more sizeable gap to the Commodore SS V Redline, which also rises $500 to $54,990 plus on-roads in manual or auto. It now gets black mirror caps, grille and daytime running lights surrounds, and a unique colour Spitfire Green (pictured) unavailable in SS and other model grades and which replaces Jungle Green.

Some Like It Red Hot – a deeper red than the carry-over sports-and-Evoke-only Red Hot – is replaced by a bright orange called Light My Fire in both Commodore SV6 (pictured below), SS and SS-V Redline, as is Prussian Steel Grey by a new Son of a Gun Grey metallic (SS pictured above) across the range.

Regal Peacock Green is no longer available in the SV6 or SS, but is retained for Calais and Calais V – both of which also drop the Empire Bronze metallic colour. Heron White, Nitrate Silver, Slipstream Blue and Phantom Black continue in every VF Series II model grade. 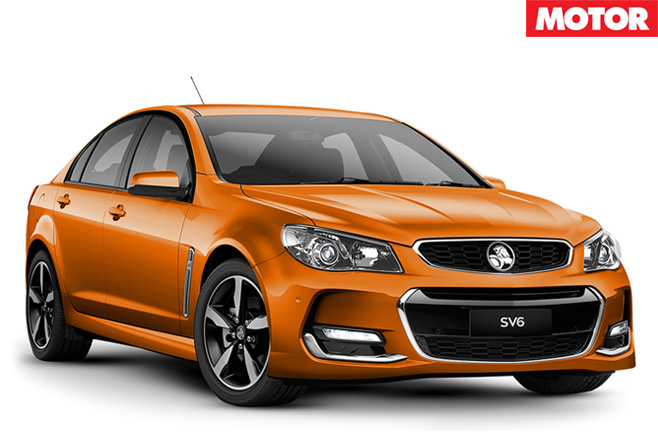 The Commodore SV6 also rises $1000 to $40,490 plus on-roads, now with black alloy wheels from the previous Black Edition, head-up display and sat-nav standard for the first time. But as we reported last year, production of the six-speed manual has ended.

There is no change to the price of the base, fleet-spec Commodore Evoke or its 3.0-litre V6, but the Calais sedan rises by $1250 to $42,540 plus on-roads and the Calais Sportwagon is the only other model grade (joining SS-V Redline) to have been ditched from the range.

The MY17 Commodore changes will see out the locally built range when production in Elizabeth, South Australia, ends on October 20 this year.