Down Under it may be (ab)normal to find a Holden Commodore SS wearing bow-tie badging, but one US owner of its Chevrolet SS twin has gone all out the other way.

Tom Tolles purchased a 2014 SS with a 6.2-litre LS3 V8 engine and proceeded to turn it into a V8 Supercars replica complete with a near-identical livery to that of the 2016 Holden Racing Team (HRT) number 22 car driven by Garth Tander and James Courtney.

Branded with a Lion badge on its blacked-out grille and a prominent Mobil 1 sticker on its bonnet, but with some local touches such as American Gumball Rally stickers, the street-legal Supercars-alike Commodore would surely cause Yanks to drop an apple pie in surprise. 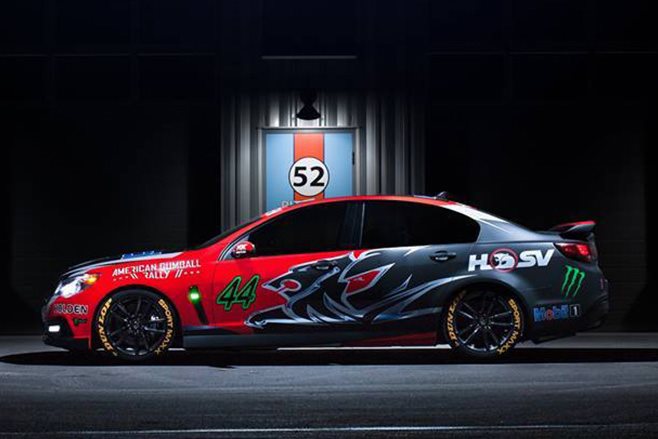 In a video walkaround posted on Facebook, Tolles spruiks that “it’s rear-wheel drive, LS3 powered and 850 horsepower” as he zooms in on ‘LS3 supercharged’ side decals. That would explain the 633kW – more than double our atmo 6.2-litre’s 304kW.

Starting up the black-on-red example reveals the owner has even found a ‘Holden MyLink’ startup sequence on the touchscreen, although this Chevy six-speed automatic production model obviously remains left-hand drive.

The exhaust is loud, gravelly, throaty, showing off the lumpy cam of every tweaked LS3.

Tolles has left the wheels standard except with Dunlop Sport Maxx painted vividly on the sides as per Tander/Courtney’s ride last year, but his pride and joy misses the fixed rear wing of an actual V8 Supercar. 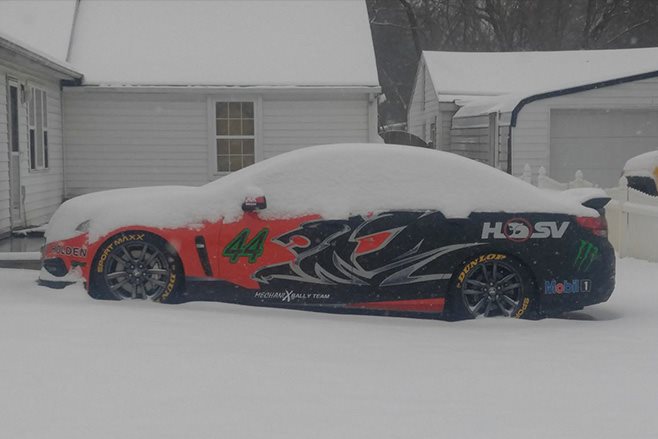 Tolles isn’t the only owner to proudly apply Lion badging over in the States. Sean Szymkowski from blogsite GM Authority shows off his Some Like It Hot Red-coloured, Commodore SS V Redline Series II equivalent on Instagram account ‘helloimseann’.

With silver wheels and red-hue tail-lights – instead of the black wheels and clear tail-lights we get locally – the Holden-badged Chevrolet SS could even trump our production models as the best looking example around.