What do car manufacturers get out of success on the racetrack?

Does winning Australia’s classic touring car race, the Bathurst 1000, translate into a sales spike on Monday? How many extra sales of Volvo’s S60 can be directly attributed to the Swedish brand’s success in Australian motorsport?

And hands up if you’ve seen more than a handful of Nissan Altimas on the road since the nameplate was released onto unsuspecting Aussie customers some 18 months ago. 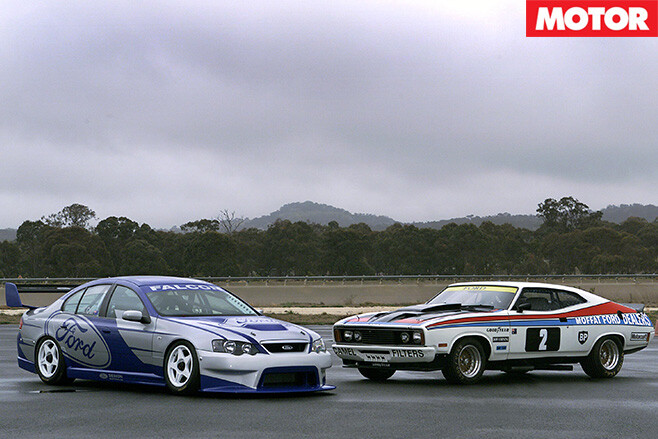 In short, why does Australia’s premier domestic category of motor racing, V8 Supercars, rely so heavily on manufacturer involvement?

V8 Supercars, that brazen off-shoot of the Australian Touring Car Championship born in the mid- to late-1990s, is hell-bent on enticing new car manufacturers into the sport. And that’s understandable.

For more than 20 years, local manufacturing giants Ford and Holden have underpinned the series, throwing bucket loads of marketing dollars at the grid in a scramble to be the best, not just on the track, but in the sales room as well. But those days are numbered, with both the General and the Blue Oval set to cease local production in favour of becoming purely import-driven new car sellers. For a sport that has been built on the back of the Commodore versus Falcon rivalry, that is a worrying prospect.

To be fair to V8 Supercars, it has recognised the need for change, big change. That’s why in recent years it has opened the rules to allow manufacturers other than Ford and Holden to play via its Car of the Future platform.

Introduced in 2013, Nissan was the first to take the bait, while Mercedes also appeared on the grid, albeit in a strictly privateer ‘this has nothing to do with Mercedes-Benz’ way. A year later Volvo, keen to shake its fuddy-duddy image, also joined the fray. 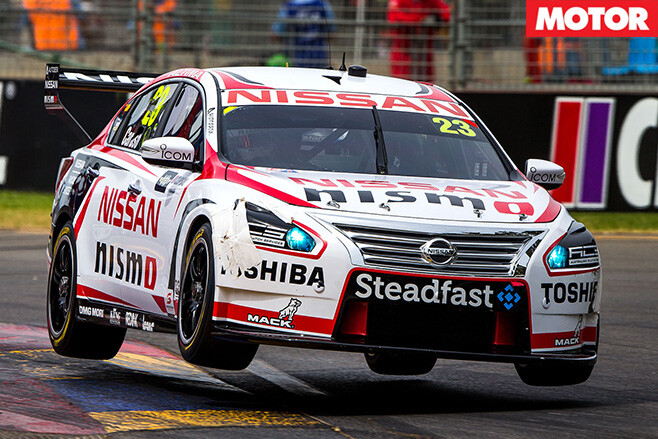 But three years on, the waters aren’t so rosy. Erebus Motorsport ditched its Merc AMG E63s for a couple of Walkinshaw Racing-built Commodores, and at the time of writing both Nissan and Volvo were yet to commit to any involvement beyond 2016.

And with V8 Supercars’ much-lauded ‘Gen2’ rules (which opens the door to body shapes other than four-door sedans and to engine configurations other than V8s) coming into effect in 2017, time is ticking for manufacturers.

To its credit, Holden has confirmed it will continue to be involved in the sport beyond the demise of the locally-built Commodore, and Nissan Australia is keen to remain involved. But it’s at the whim of Japan, so nothing is guaranteed. Ford? Already done and dusted, and now Volvo has followed it in pulling the pin. Which begs the question: Why, as a global car giant, be involved at all? Success on Sunday certainly doesn’t translate into sales on Monday any more. If it did, we’d all be driving Commodores, Falcons and the odd S60 (but no Altimas)!

Instead, our roads are littered with Mazda 3s, Toyota Corollas and Camrys, and a fair selection of SUVs and increasingly big-arse utes.

Australia’s biggest selling car brand, Toyota, has little involvement in local motorsport. This year sees the introduction of the all-new single-make Toyota 86 Series as a support category to V8 Supercars. But as for involvement in the big leagues? Nada. 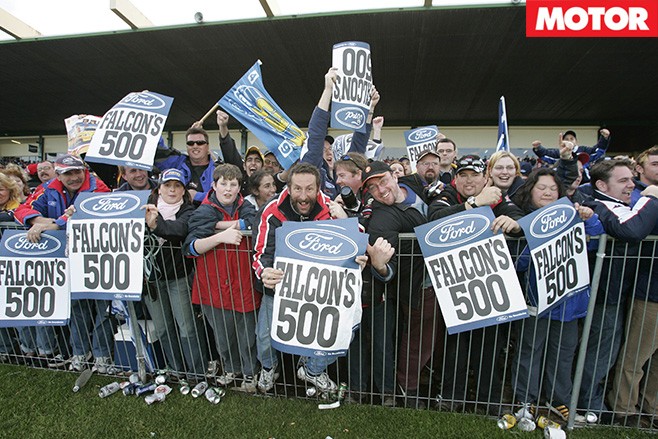 Instead, a big chunk of local marketing expense goes towards the AFL. Clearly Toyota’s execs think there is more value in supporting Australia’s biggest sport than winning our biggest annual car race.

Maybe it’s time for V8 Supercars and its teams to wean themselves off their reliance on manufacturer support. With the opening of the rules, let teams race what they ‘brung’, and let the best win.

And who knows, we could end up with a situation like the thriving British Touring Car Championship which boasts in excess of 30 cars from 10 manufacturers, only three of which – Honda, Subaru and MG – are factory supported.