What’s this? Another name lifted from the Brock files?

Yep, the Magnum tag was applied to both a Brock-modified Statesman and a WB Ute back in the day and now it returns on a Commodore Ute as the third of Holden’s Special Edition Commos.

This one starts as a SS-V Redline Ute and it, too, gets those cross-drilled brake rotors, the powertrain cooling kit, the seats from a Calais V, 20-inch alloys and a hard-tonneau. 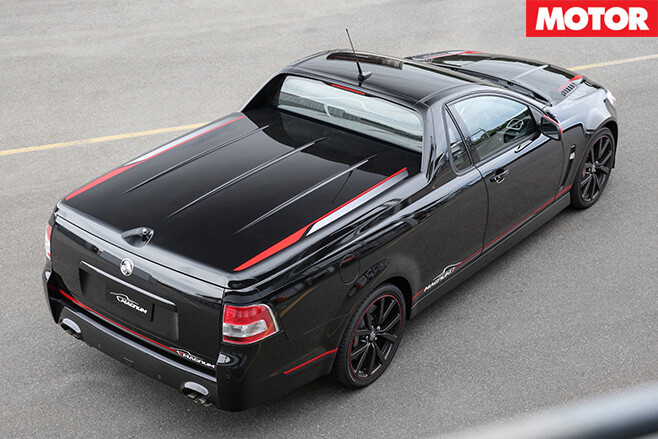 But won’t you don’t get is the Magnetic Ride package and the driver-selectable modes that come with it. According to Holden, the Ute’s architecture just doesn’t allow for the MRC stuff, so it was left out.

But that doesn’t mean there haven’t been some positive changes. Those start with re-jigging the Ute’s rear end to wind up with more or less an FE3 suspension tune. To do that, Holden reduced the rear spring rate by a fairly significant 26 per cent and then fitted shorter dampers. That’s resulted in a 15mm lower ride height but a much better match between the front and rear ends.

The downside is that payload has fallen from 620kg to 540, but even that’s enough for the sort of stuff high-end utes like this are usually tasked with carting.

On the track, the Magnum soon reveals itself to be a true drift-meister. The extra wheelbase makes it incredibly stable mid-skid, yet the revised rear end also makes it turn in pretty well, too, and hold a line at race-pace. 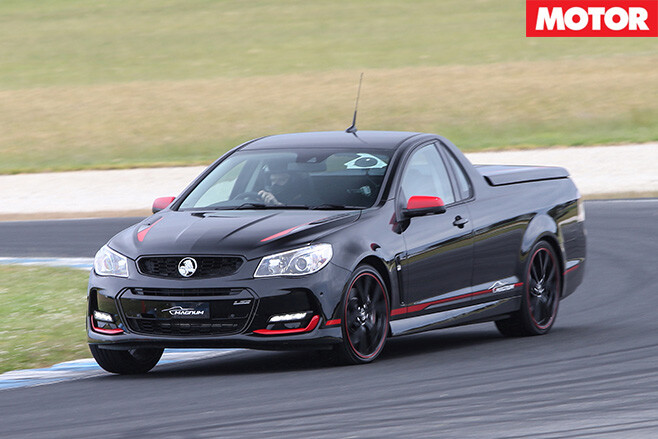 And even with all those shenanigans going on, the Magnum’s driveline cooling package held off the limp-homes indefinitely.

The Magnum starts at $59,290 for the manual and $61,490 as an auto. That sounds pricey compared with the sedans with their MRC, but here’s the catch: as a trayback, the Magnum is probably the most Aussie of all the three Special Editions models. And, with production of just 240 planned, it will also be the most exclusive.