THIS is it. After almost 40 years of continual production, the last locally made Holden Commodore will roll off the Elizabeth production line today.

Wheels is on the ground at both Elizabeth, and Holden's Port Melbourne offices, and will provide live updates throughout the day.

And that's it. The cameras have been packed away, the final farewells made and, just like the machines that screwed together some of Australia's most loved cars, the Philip Highway outside Holden's Elizabeth plant has fallen eerily silent.

It's only as the convoy of historic vehicles departs that it becomes chillingly clear that the party is over and this really is the end. 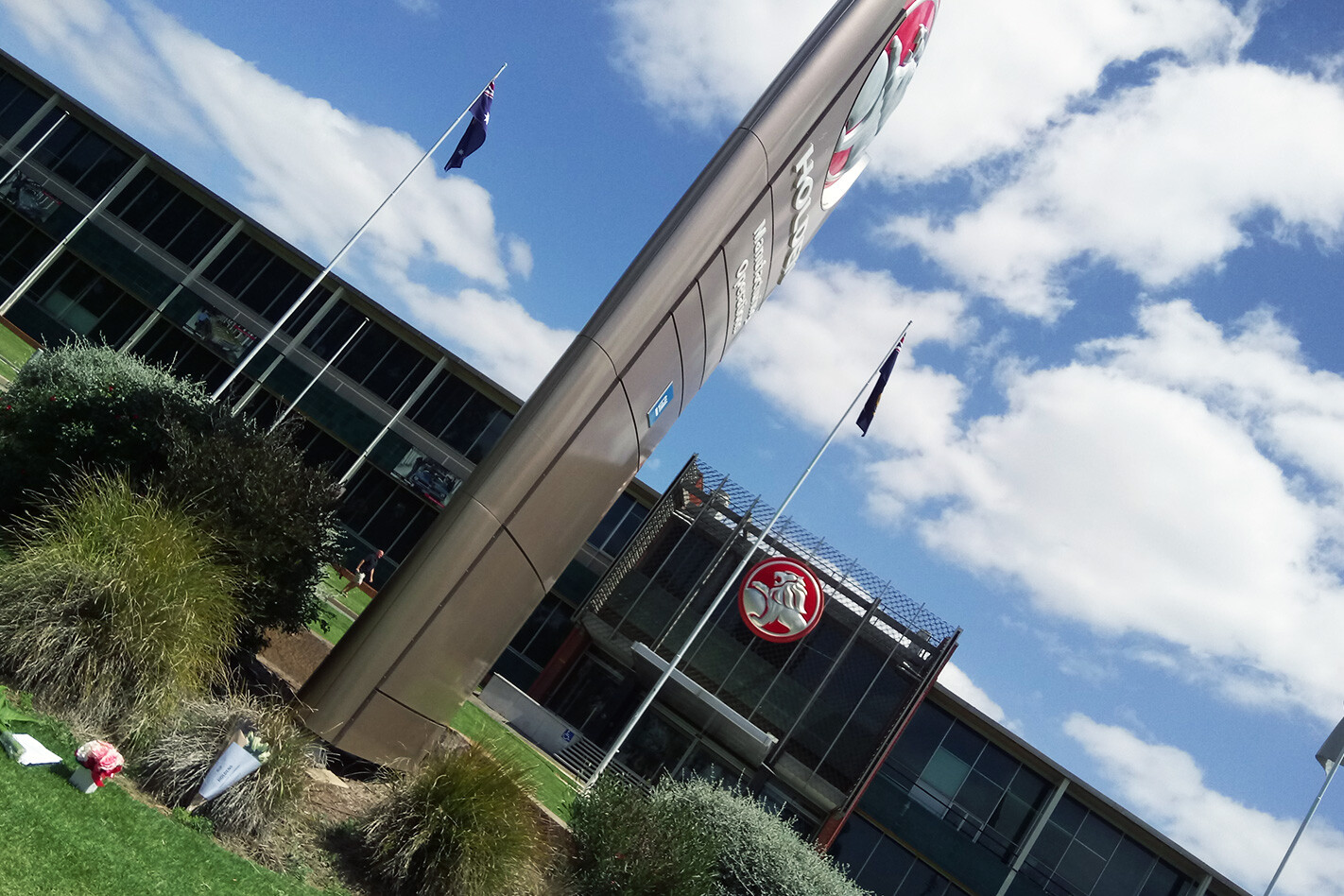 The floral tributes continue to arrive. This one blaming lack of government support for the fall of Holden manufacturing. 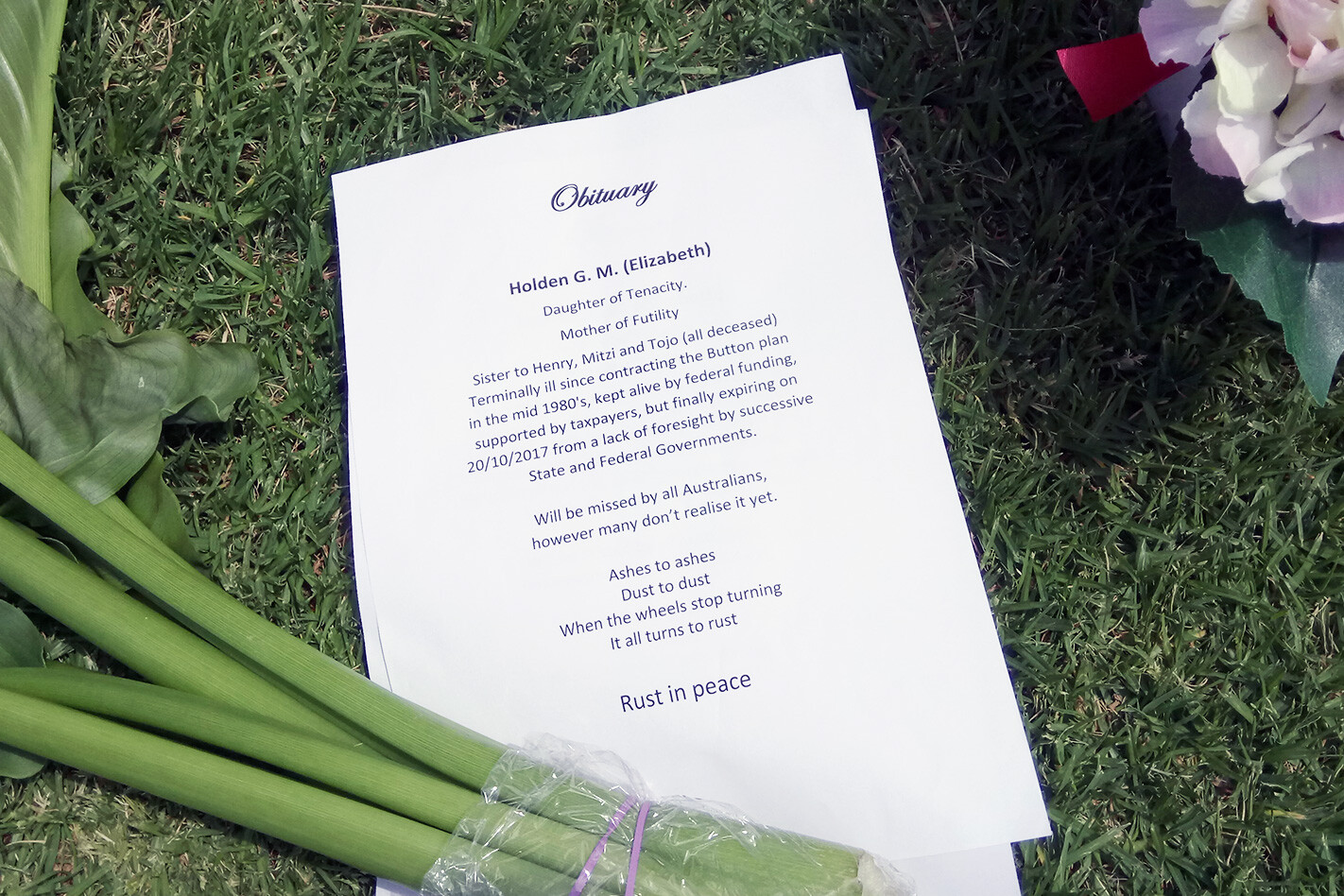 "this is not the end. We have the ability and strength to adapt to this change".

"There can't be many companies with such a love for a product". 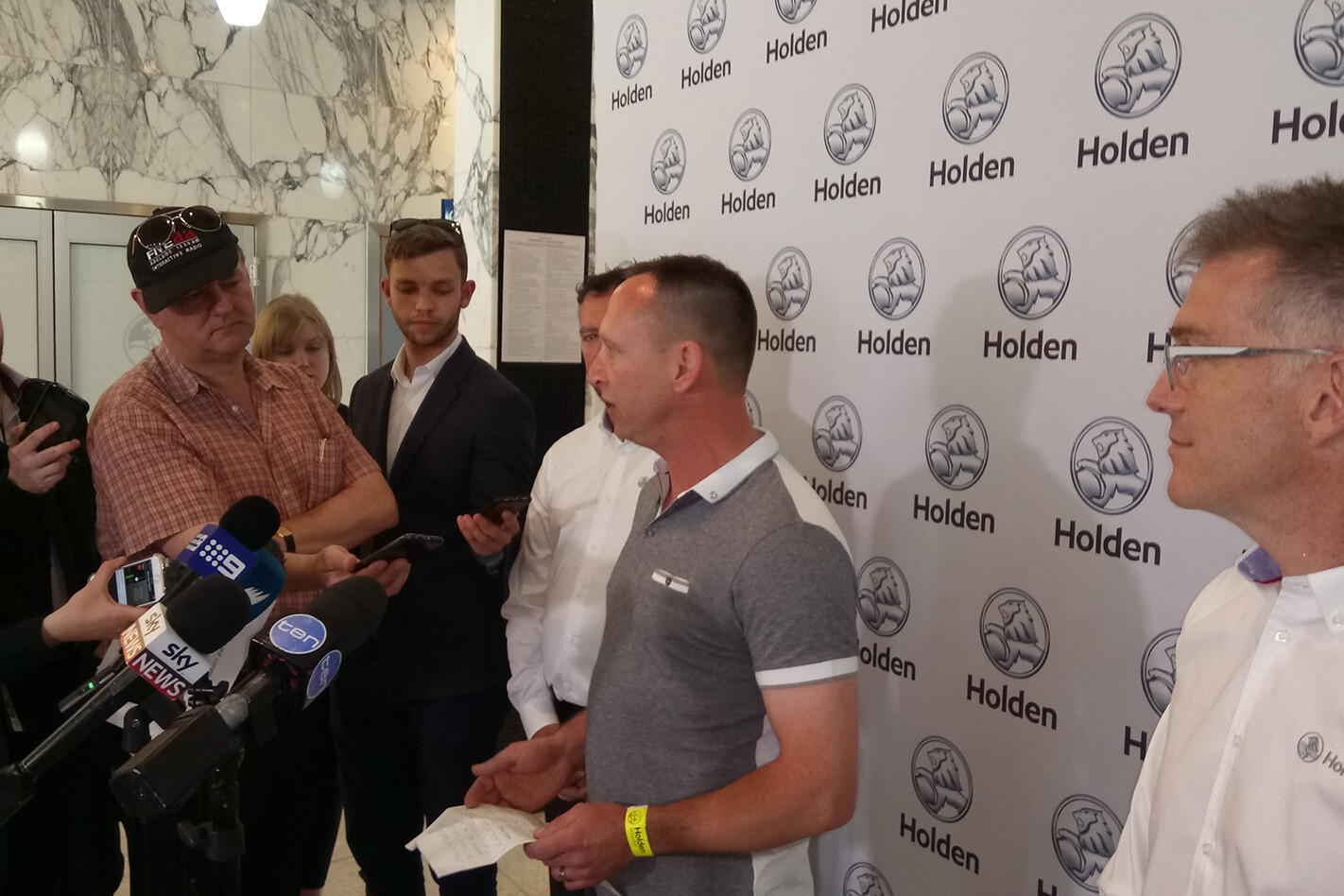 "we've been able to build the best vehicles we've ever built".

Bernhard says the vehicles that will be imported from today on will continue to uphold those quality standards. 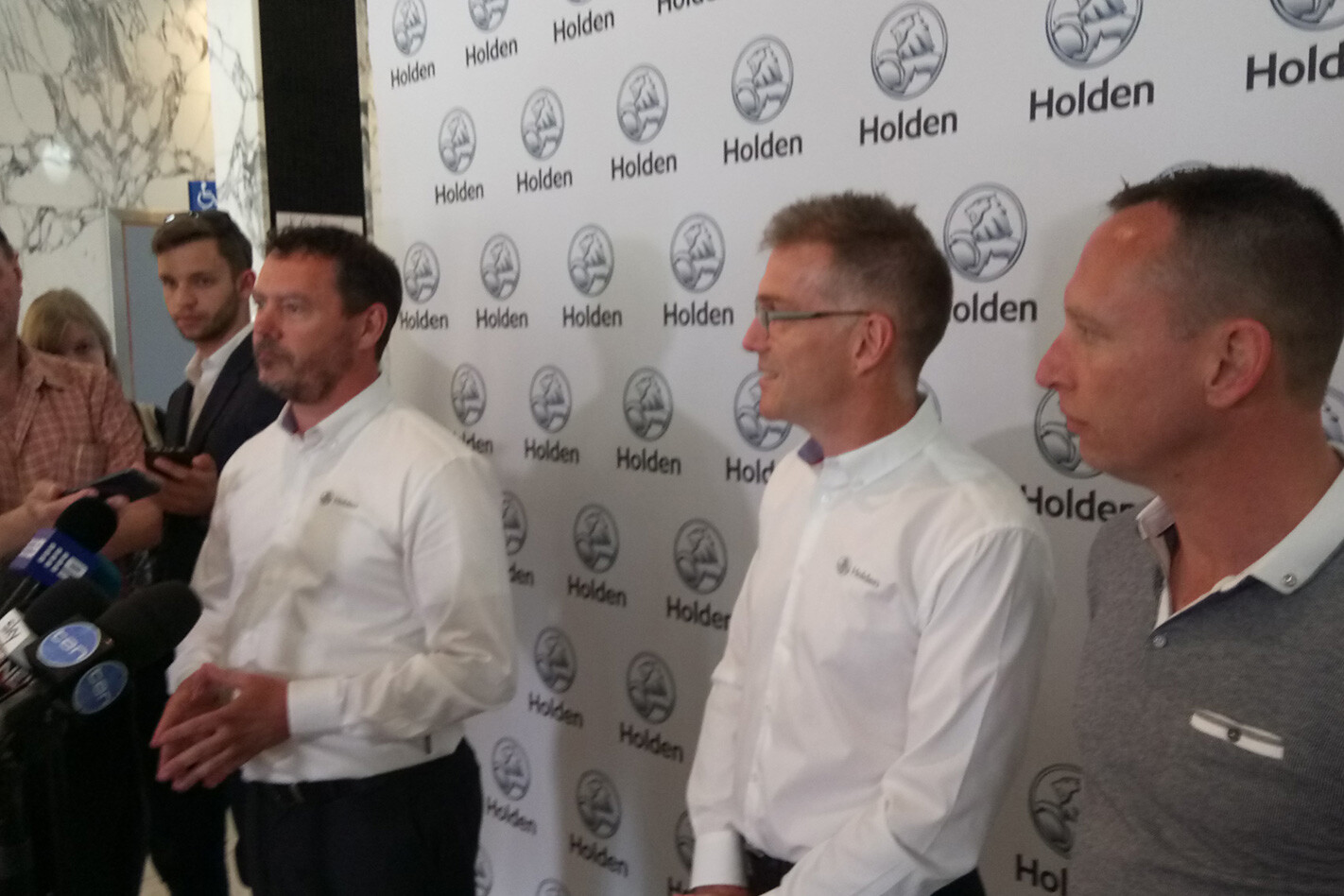 Fans have settled in for an event and brought camping chairs, drinks and, of course, the ultimate three-seater spectator's seat. 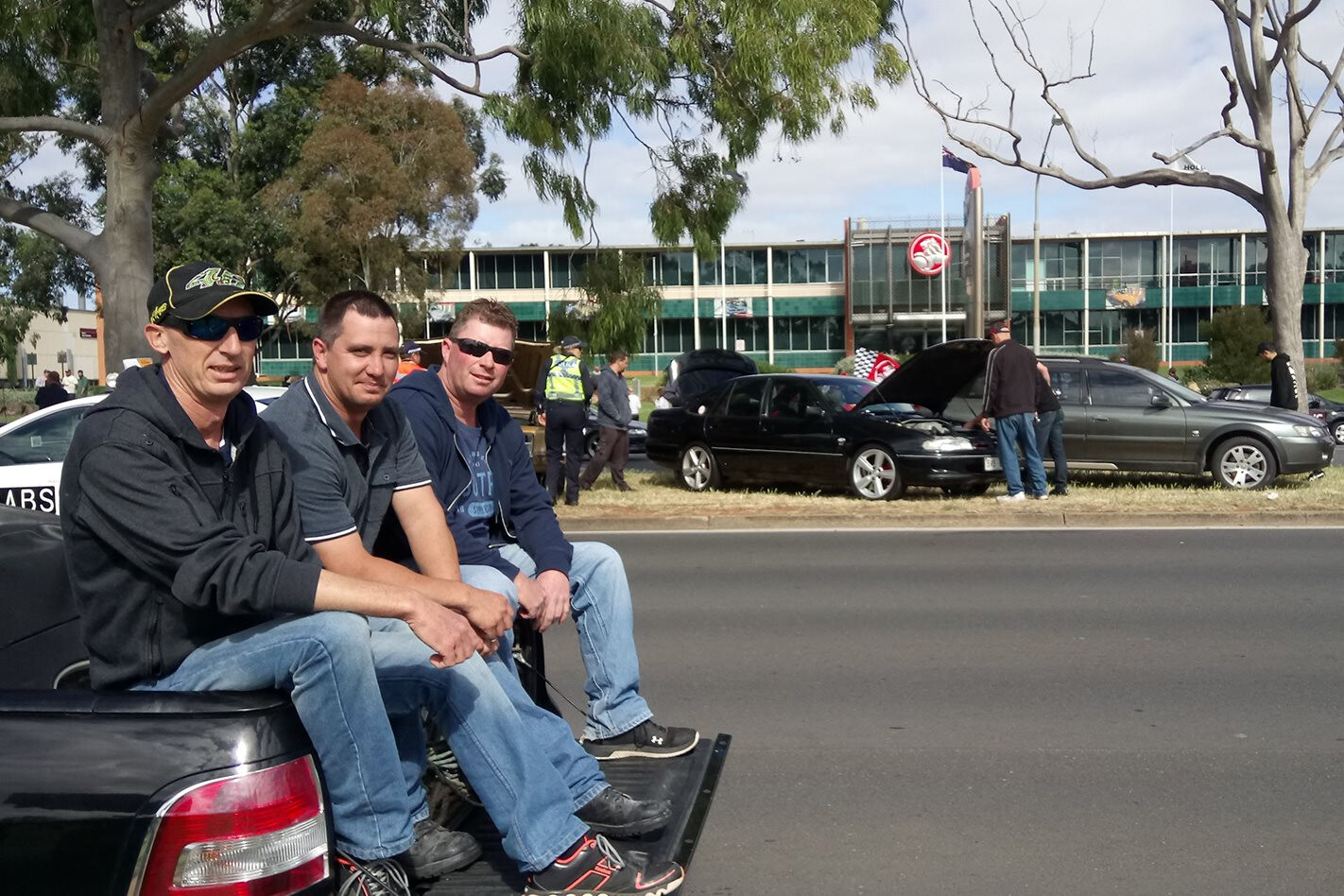 Attention has turned from the main building to the endless procession of incredible Holdens cruising past. The air is full of sweet hydrocarbons and a constant V8 rumble. 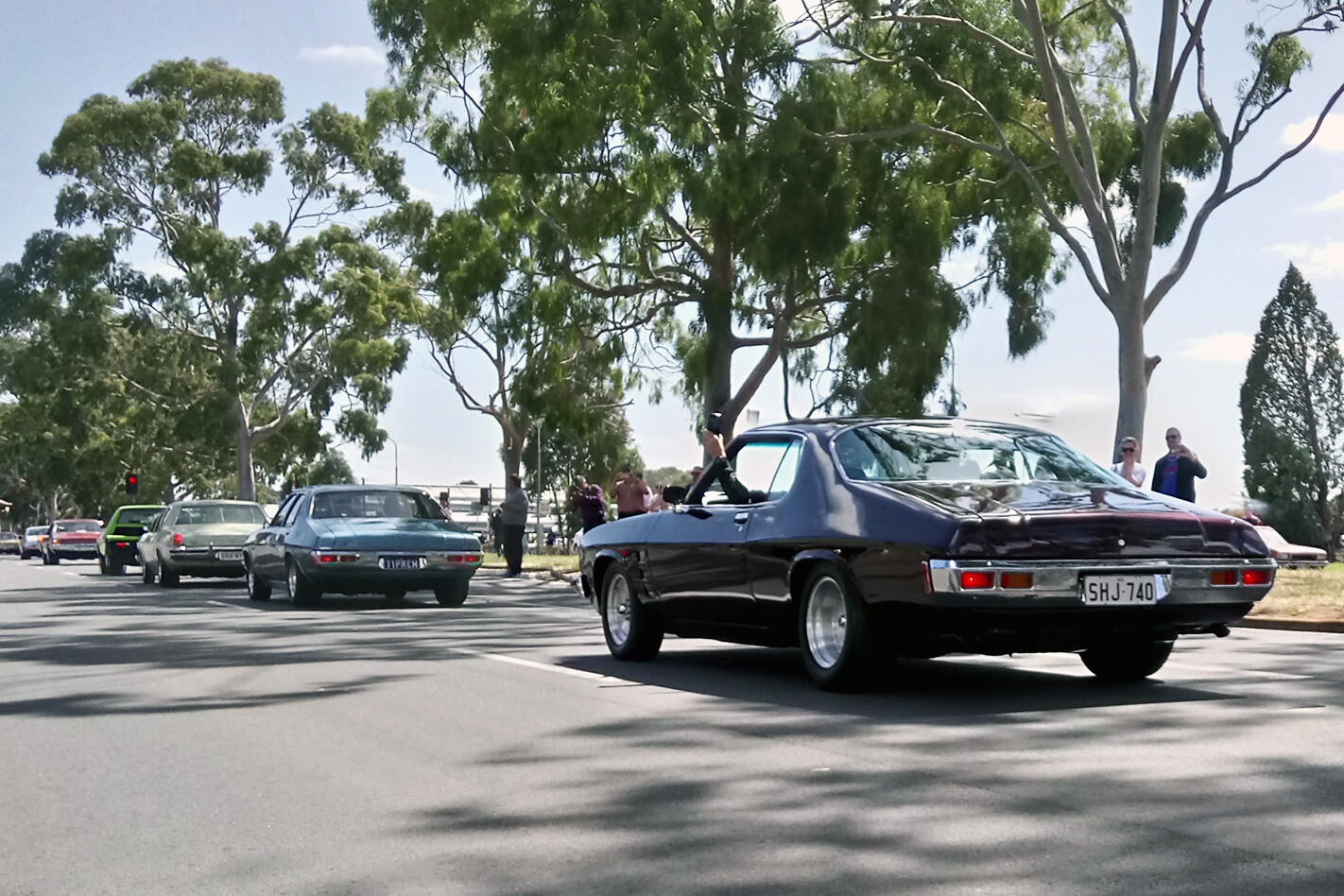 Cars have been moved from the central reservation and some media have dissipated,  but the festival atmosphere is intensifying as the sun emerges and more classics arrive. Says a lot. Today feels partly like a big Holden celebration and partly a funeral wake. People sense the loss but are suppressing the sadness for one last party. 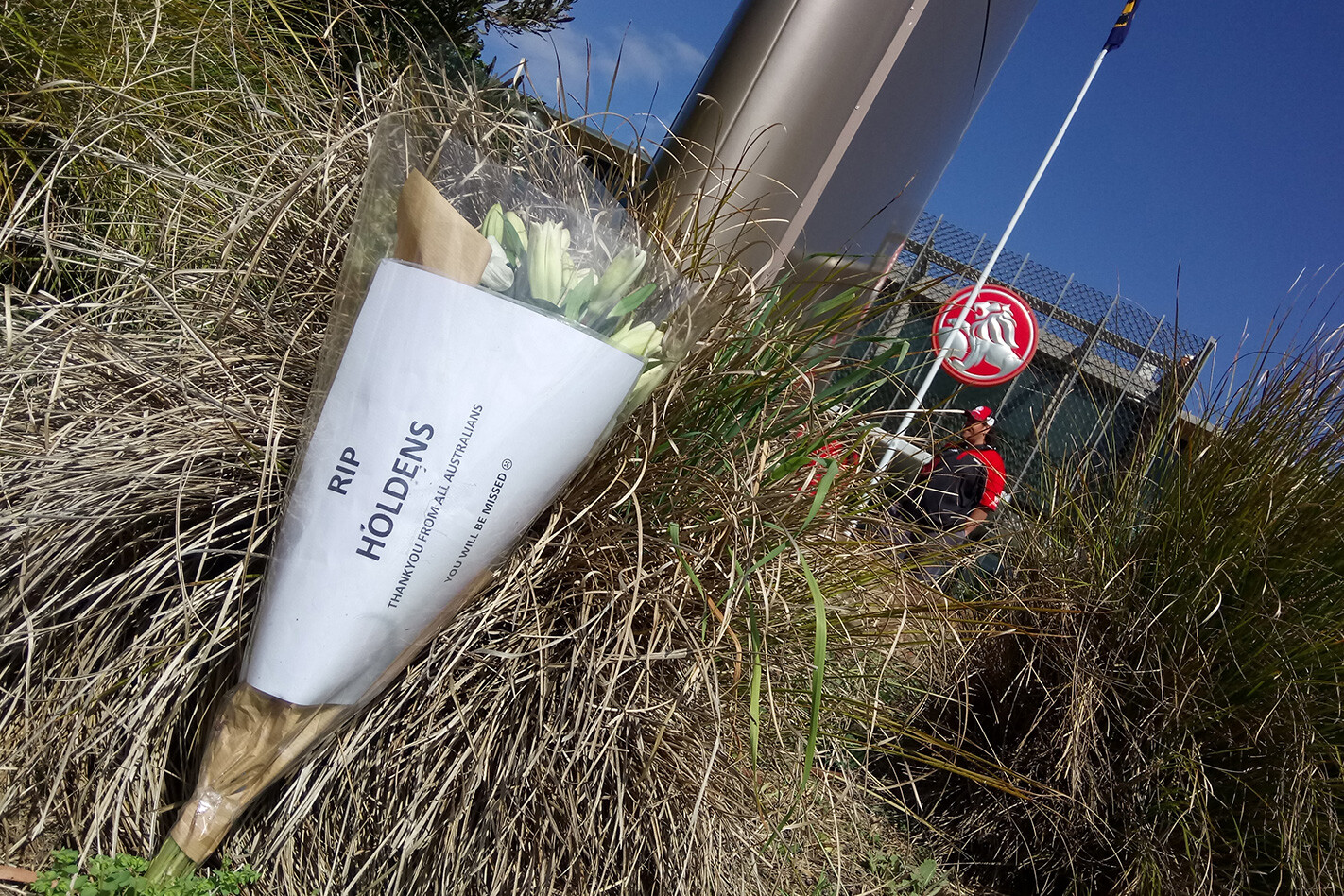 Employees and guests shepherded in through the back of the Elizabeth plant away from the prying eyes of the media. 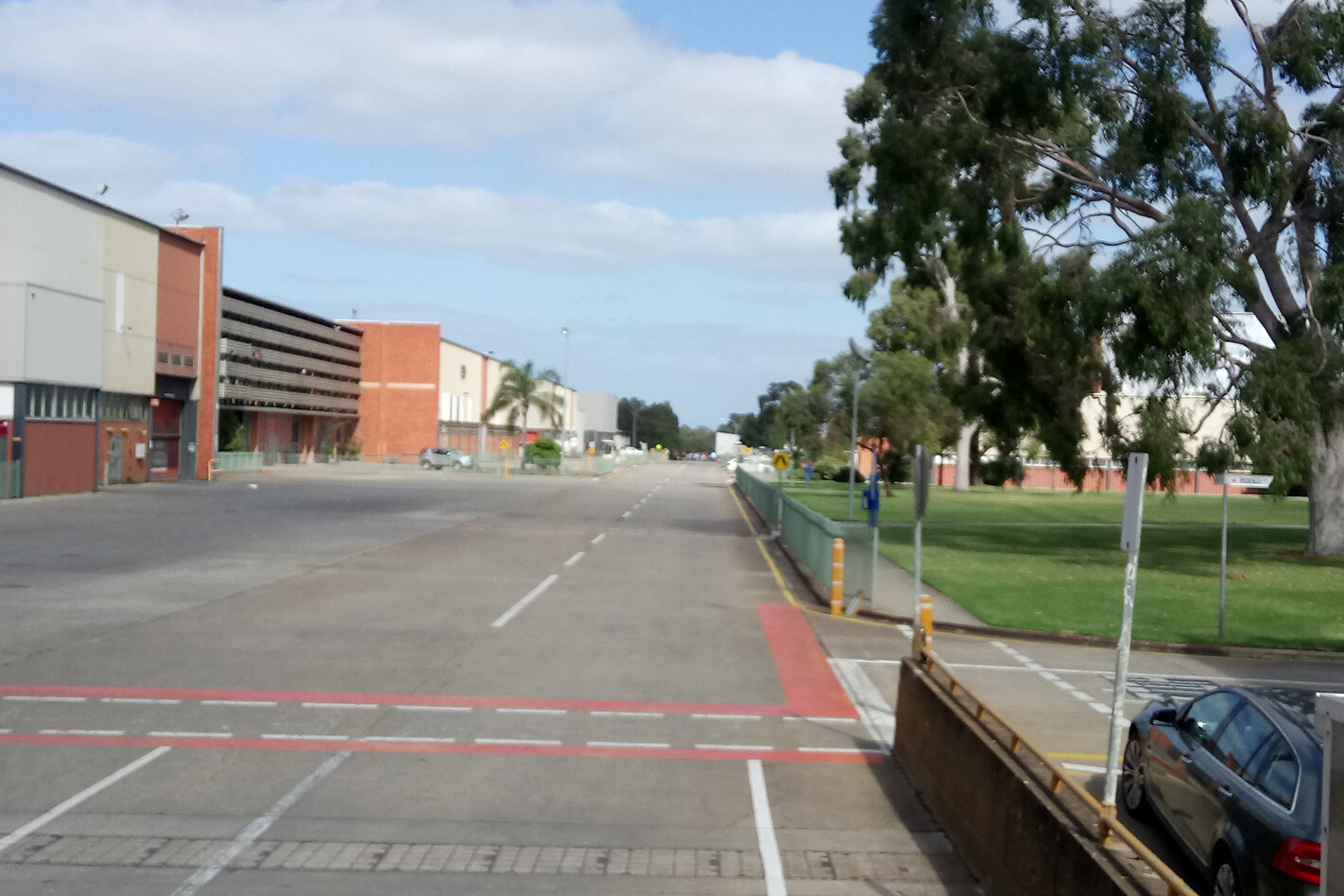 Young and old, both cars and people, here to farewell an iconic and loved brand. With a new job to go to, Kane said "I'm one of the lucky ones"

"we've let go one of the world's best cars. It's an absolute tragedy". 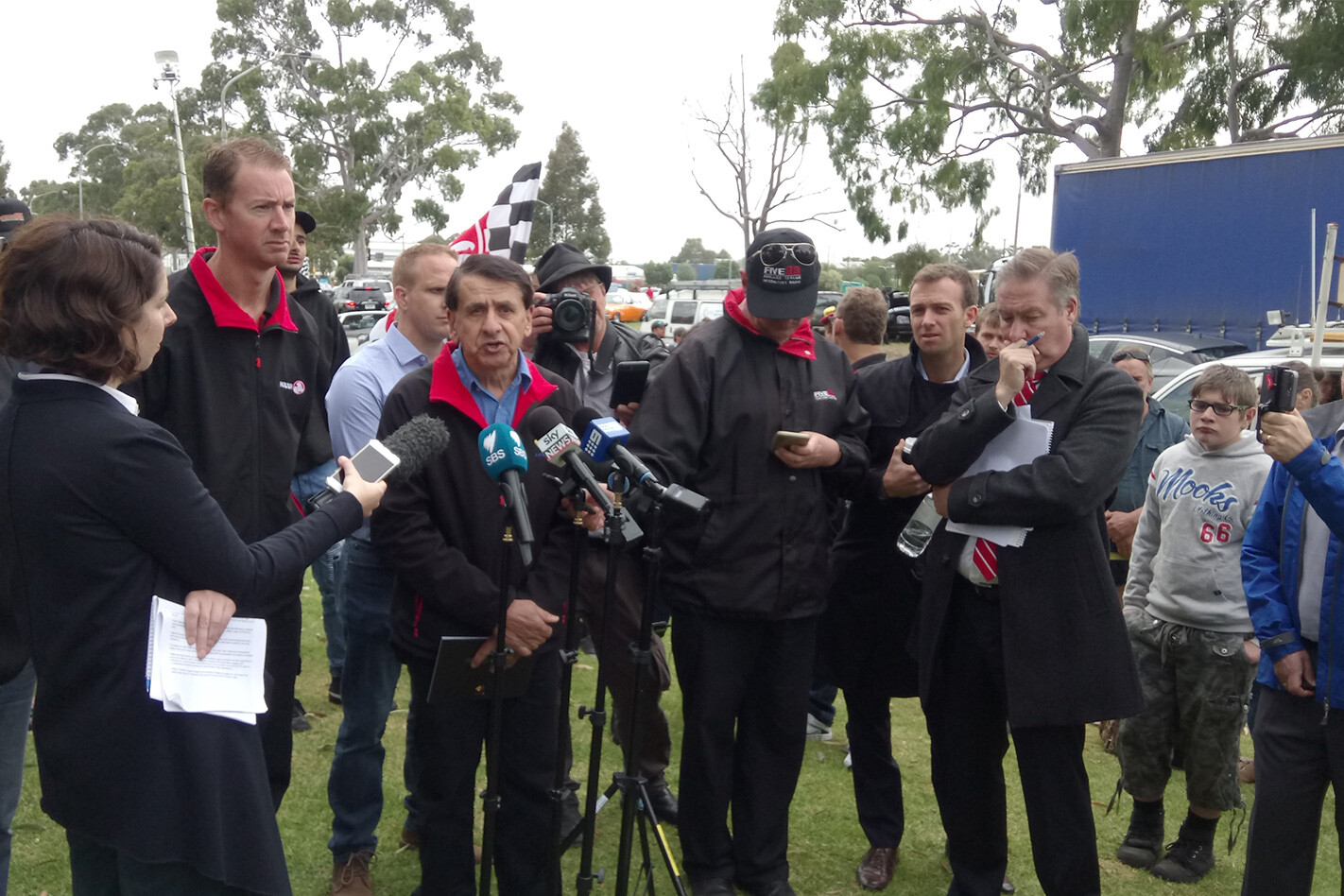 Cara Pearson braves the cold with her 1957 FE Special sedan that won best in class at Sunday's Dream Cruise.

Pearson says the official cruise was organised to stem the turnout of cars today but the presence here is unprecedented and growing by the minute.

Aside from the live cross to the factory today, and the display of about 40 employees’ cars on one of the head office access roads, it appears to be business as usual at Port Melbourne. Workers are ducking out for their morning coffee at one of two nearby cafes. A handful of staff are out looking at the static display.

Even the police are on brand.

Car clubs have been working with the police ahead of the final day to ensure a huge presence of enthusiasts and classic cars goes smoothly.

It's turning into a full but impromptu Holden show on the streets outside the factory.

Little is known at Port Melbourne about what will happen at Elizabeth today. All we do know is that staff here will assemble for a live cross to the factory floor from noon today for a ceremony that will mark the end of local manufacturing.

Alan Hesketh, storeman and line chaser at the plant for 27 years now works as a public servant in state government.

Alan says today brings "more anger than sadness, because something could have been done".

"The state government has been doing all that it can. This was always a federal issue."

Some reports state unemployment could be as high as 35 percent in the Elizabeth area and Hesketh, who lives nearby,  belives it will get worse.

"They're going to take a billion dollars of of the economy," he said.

No Holden staff entering the Elizabeth site via the front door today to avoid attention from the media. A hive of activity from TV crews, however.

Holden's transition centre will stay open for 12 months to help all employees including the 950 people out of a job today find new employment.

This group of Holden mechanics has come into Port Melbourne for training from as far away as Port Pirie in South Australia. One of the cars they have worked on is an FJ. Their mood appears mixed; they’re excited by the product Holden now has in its showroom, but the loss of our manufacturing future appears to have touched them all.

The loyal fans are out in force and in solidarity with some fine Holden examples turning out in Elizabeth. We are on the ground at the Elizabeth plant in Adelaide,  ready to cover the final day of Holden production.