Honda has reimagined Mount Panorama in bricks, scaling down the iconic Bathurst racetrack into an interactive “dreamscape” about the size of a large dining room table.

With a team of eight people the show’s lead judge Ryan ‘The Brickman’ McNaught finished this 150,000 brick monster in 650 hours. All up it weighs 210kg and spans 3.3m in length. 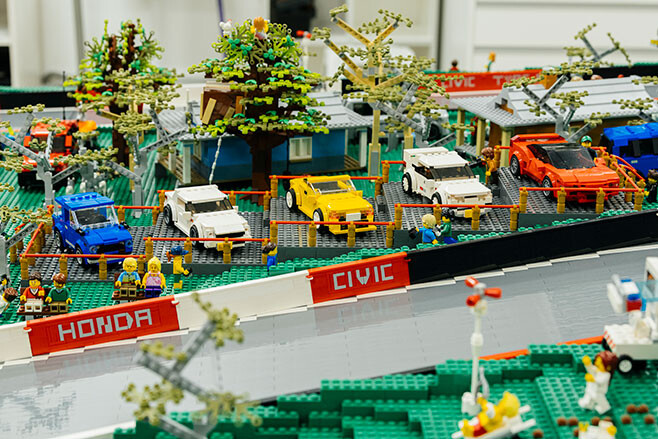 Remote controlled Lego Honda Civic Type Rs that race around the ‘circuit’ are the main feature but even at its huge size only about five corners are squeezed on to the layout.

There’s still a kink at the end of either straight, presumably paying homage to The Cutting and The Chase, while the “Mount Panorama” block lettering on the mountain is the most faithful recreation on its 5.94-square metres.

Meanwhile brick versions of the NSX, Integra, original Civic and Prelude are displayed along the inside of The Mountain Straight and over 350 figurines around the circuit do their best to immortalise the fan culture that’s defined the race track. Honda’s plan was to display Hondarama at different locations around the country like it did with the full-size Lego Honda Civic Type R – itself a 320,000 brick beauty – last year. But while that’s not obviously able to happen right now you can get a good look at the set in the series of videos Honda’s released on YouTube.

You can see them here.