HYUNDAI predicts 2030 will be the tipping point when hydrogen powered cars achieve price parity with EVs and begin to enjoy mass-market sales penetration.

Hyundai’s perseverance with hydrogen as a fuel of the future has seen some experts criticise the company’s lagging EV development, though the VP of Hyundai’s eco technology centre, Kisang Lee, told Wheels hydrogen remains the most viable fuel source for the future due to its long range, zero emissions and fast refuelling times. Lee expects hydrogen sales to reach 10,000 globally by 2030, when improved economies of scale and greater recharging infrastructure will help drive down prices.

Currently only Hyundai, Toyota and Honda build hydrogen-powered fuel cell vehicles and global sales are small – Australia is yet to record a single hydrogen fuel cell sale – with a lack of infrastructure the biggest hurdle.

Price presents a barrier too, with Hyundai tipping its new Nexo SUV could cost between $80,000-100,000 if it is offered for public sale later this year. 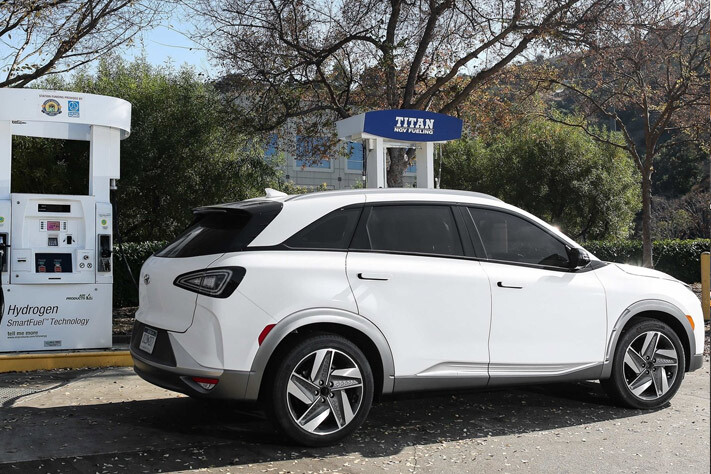 Lee also rejected the notion that Hyundai is playing catch-up with EVs, saying the company’s research and development investment in electric vehicles is twice what it spends on hydrogen.

“In the long term these two technologies can be co-existing. In [situations that require] big distances, hydrogen can be a big benefit, but in a city where distances are less than 100km, EVs are very beneficial.” Currently Hyundai has two battery EV cars on sale, the Ioniq and Kona EV and both are coming to Australian roads later this year. Lee added Hyundai may reveal a third EV in late 2018 with a pure-electric range approaching 500km.

With no name or concrete details to shed any further light, Hyundai insiders speculated the forthcoming EV could also be the new Kia Soul given Lee oversees development for both companies.