Hyundai is looking to use a lightweight plastic developed by BASF for its RN30 show car as a possible replacement for carbonfibre in production cars.

First published in Wheels magazine, Australia’s most experienced and most trusted car magazine since 1953

The polyphthalamide material is among the highlights of the radical 280kW all-wheel-drive Paris show car, which demonstrated how far Hyundai could push the hot-hatch formula.

The new material is used extensively throughout the RN30, while other components sourced from BASF were employed elsewhere, including the seats.

The distinctively grained plastic is featured on the front splitter and rear diffuser, the dash and inside door skins, and even the spine-like fin that runs down the centre of the roof. 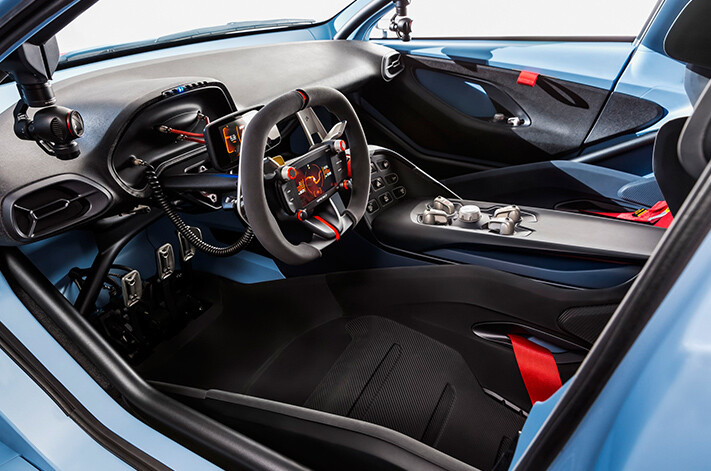 Hyundai’s European design boss Raphael Bretecher says the new material is about stepping away from the now-common carbonfibre, which is ideal for many automotive applications but notoriously expensive to produce, so far limiting its use to expensive high-performance cars.

“We didn’t want to make a cliché, so that’s why we went away from carbon,” Bretecher said.

“We talked to BASF and said … do you have anything useful, and they came up with this material. We found it, in terms of look, much more intriguing [than carbonfibre].”

The plastic is produced from carefully crafting natural fibres, including some metal, with a water-based resin to create a matte-grey finish with distinctive random graining.

BASF says the plastic “enables an environmentally compatible, dimensionally stable and, above all, lightweight solution for car composites such as dashboards and door panels that can be finished in various ways for high-quality design”. Michel Glenisson from Hyundai’s European design centre, who was responsible for the interior look of the i30, said the new BASF plastic could be used to replace carbonfibre.

While the RN30 is purely a show car, Bretecher said it provides clues to future production models – most likely the highly anticipated i30N hot hatch due in 2017 – and that elements such as the new lightweight plastic would appear somewhere.

“If we make a collaboration with BASF it is obviously because we have something in mind … I’m quite sure there will be some applications [of the new plastic in production models].”

BASF also produced innovative seat materials; the structure uses a new thermoplastic composite with fibre reinforcement to provide strength claimed to exceed that of metal. While it performs a similar job to carbonfibre, it’s understood the production process is less intensive, making it more affordable and easier to produce.