TODAY hurts. Ford has officially signed off the last two engines to come off its Geelong production line, turning off the key on more than 90 years of history that has passed through the site.

The engines, an imported 5.0-litre V8 that’s modified here and fitted with a Harrop supercharger, and a 4.0-litre in-line six-cylinder – the most Aussie engine the carmaker builds – were commemorated in a line-off ceremony at the Geelong Powertrain Operations today. 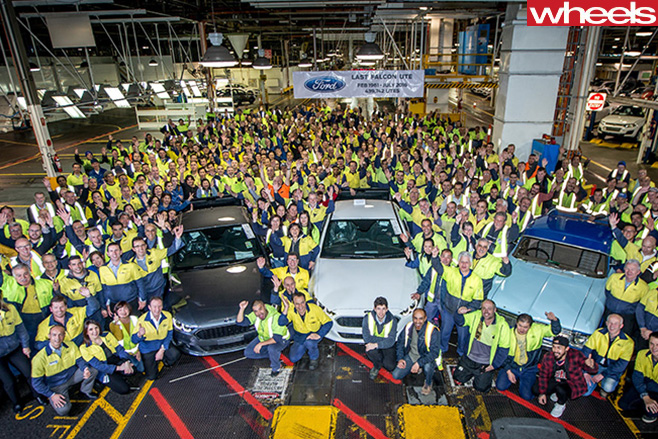 A single image posted to Twitter shows the two engines mounted on the end of the Geelong assembly line, bearing a placard reading “Proudly built in Geelong 26 September 2016 Geelong Powertrain Operations”. Both engines are signed off with “A job well done!”

Ford Australia said the last engines were part of a staged shutdown of its Australian carmaking operations, which included the last Falcon ute rolling off its Broadmeadows production line on July 29.

“We’re obviously working towards the end of production and to support that there will be different milestones that happen along the way including the end of engine production. But all our employees will be with us until October 7, that’s when we’ll pay tribute to them on that day.”

Sherwood wouldn’t be drawn on Ford’s intentions for the engines, refusing to say whether they’re destined for use in the last Falcons to roll down the production line, or to be preserved as museum pieces.

“I’m not going to comment on that, our focus is on October and the end of local manufacturing on October 7. As I said there will be milestones along the way, and there have been already, but we really want to pay tribute to our employees and our manufacturing history on October 7.” 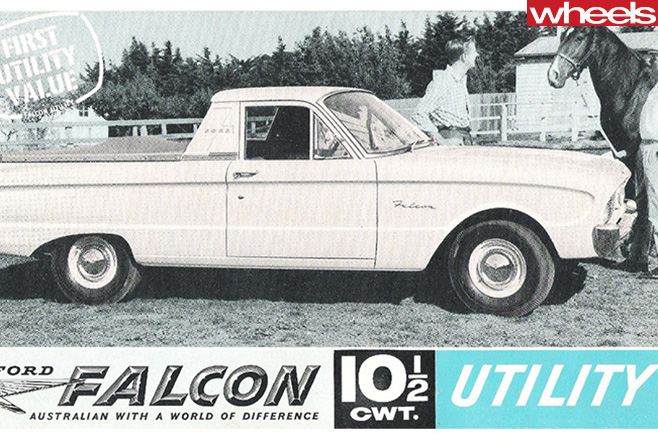 Ford built the factory that houses the engine plant in 1925. It was expanded in 1937, commissioned to buld Falcon engines in the late 1950s, and expanded again in 1970 to allow Ford to machine and assemble a locally made V8.

In November 1982, Ford announced it would halt V8 production, saying it would be replaced with an electronic fuel injection version of the in-line six. According to Ford, the EFI engine "offered virtually the same performance as the 4.9-litre V8 but with substantial savings in fuel consumption". It was to prove a big mistake, handing rival carmaker Holden a big marketing advantage.