It is called the Jaguar F-Type Project 7 to mark the British brand’s number of Le Mans victories, but only 10 stripped-back roadsters will arrive locally.

Jaguar’s flagship F-Type will be its most expensive offering, priced locally from $339,610 plus on-road costs, although it doesn’t really matter because all examples are already sold out.

Until the F-Type SVR coupe and convertible arrive, the F-Type Project 7 becomes the fastest model in the range, claiming 0-100km/h in 3.9 seconds. 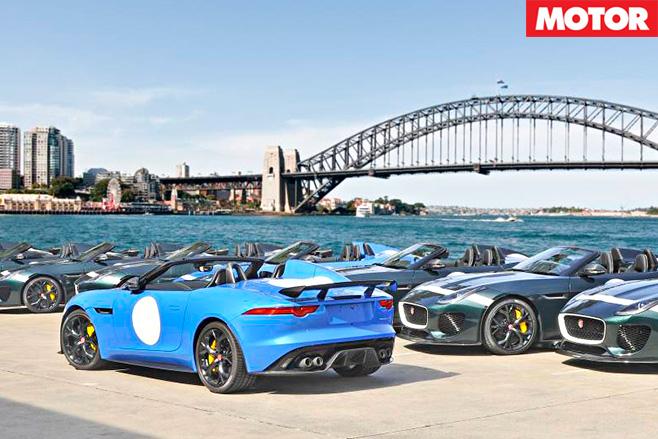 That figure only tells some of the story, however, because where both variants use a 423kW/700Nm 5.0-litre supercharged V8 engine and eight-speed automatic transmission, the SVR sends drive to all four wheels while Project 7 throws torque only to the rears.

The traction disadvantage of the Project 7 is reflected in a four-tenths-slower 0-100km/h despite being 135kg lighter – 1585kg versus the SVR’s 1720kg.

In reality, then, the Project 7 should be demonstrably faster than the SVR through the mid-range. Not that any blown V8-engined F-Type is lacking in this department. Nor does it require assistance with its vocal range, although an adaptive sports exhaust system with quad pipes is standard. 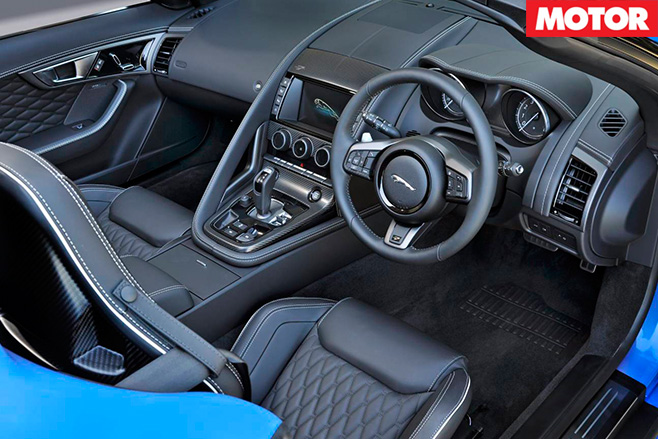 Jaguar has visited the Boxster Spyder school of weight reduction, lopping the electrically foldable cloth top from the regular F-Type and replacing it with a manually removeable design. Called a “bimini” roof, it can take up to four minutes to assemble or disassemble.

The upside of this design is a sexy “D-Type-inspired fairing” behind the driver’s seat, the bulkhead of which looks especially muscular when viewed from behind over the fixed carbonfibre rear spoiler. Windscreen height has also been reduced by 30mm compared with a regular F-Type convertible. 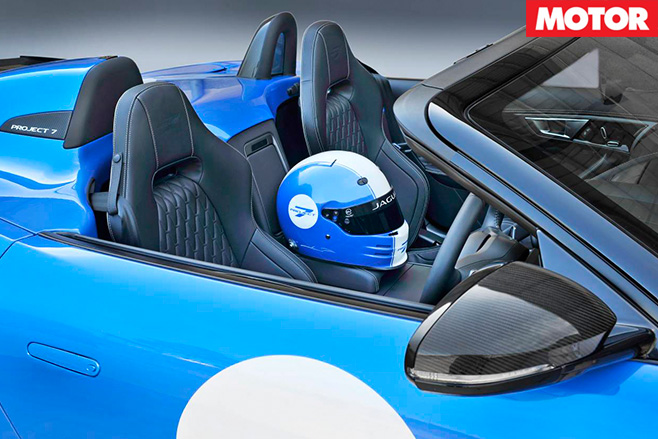 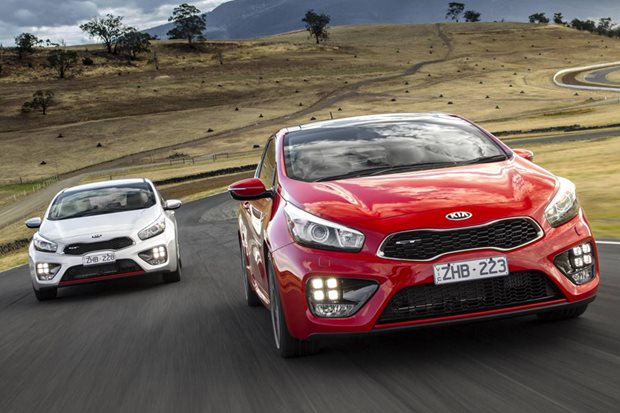 Even hotter hatchback on the way from South Korean brand