THE last truckload of Holden Commodores built at Elizabeth in the lead-up to the car maker’s October 20 shutdown have left the factory.

Holden confirmed the last of the cars built in the lead-up to the shutdown were loaded onto "multiple" car transporters on Friday, with the final Commodores making their way to dealerships – more than a month after the last car rolled off the line. "We expect these to sell by mid-January so we’d encourage anyone interested to get along to your local dealership," a spokeswoman said.

Images that have found their way onto on social media show a truck loaded with seven Commodore sedans sitting on the almost empty apron at the former Elizabeth production site north of Adelaide.

Holden has a large reserve of the cars: The current Aussie-built Commodore has to carry the weight of Holden’s sales until February, when the new, fully imported Commodore steps in to carry on the badge. Commodore sales for the first 10 months of this year have added 19,612 units to the brand’s tally, accounting for one in almost every three of the former car maker’s sales. 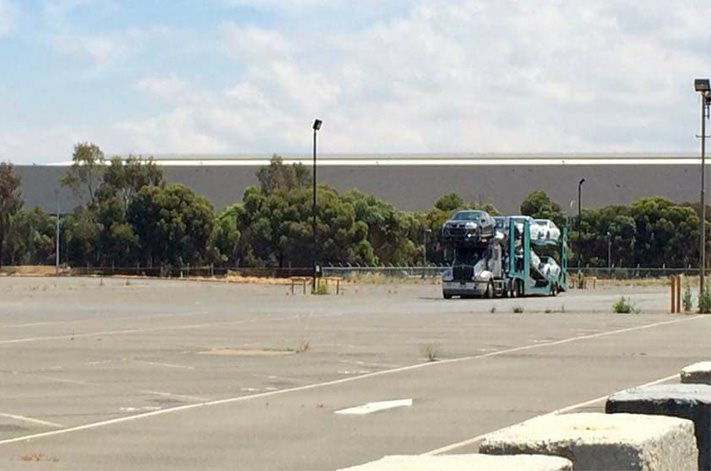 In the last few months of production, Holden allowed buyers of the last batch of Commodores off the production line to choose their build numbers. Those buying one of the Special Edition cars could even access photos of their vehicle being built was it passed down the line.

The locally built Commodore’s replacement will be a localised version of the German-built Opel Insignia. However, it is expected to have a short life, with Opel’s sale to French car maker Groupe PSA meaning the Commodore’s donor car will need to move to a new platform shared with Citroen and Peugeot – and out of GM’s product portfolio.

Meanwhile, Holden has sold part of its Elizabeth site to an as-yet unnamed interstate buyer who plans on converting the former car making factory into a business park.

Holden will retain part of the former factory site to use as a spare parts warehouse. It will also house a heritage centre and catering facility on the site it has occupied since 1958 – and where the first Commodore was built in 1978.