HOLDEN will soon release a Motorsport Edition of the Holden Commodore as it attempts to build excitement in the large car in the lead-up to the end of manufacturing.

WHAT IS IT?
A farewell to bent-eight, rear-drive sedans as much as it is will be a farewell to Aussie manufacturing once production starts in April. And it’s a cracker – Magnetic Ride Control (MRC) suspension, upgraded brakes and track-certified cooling, plus several luxury and special-build extras. 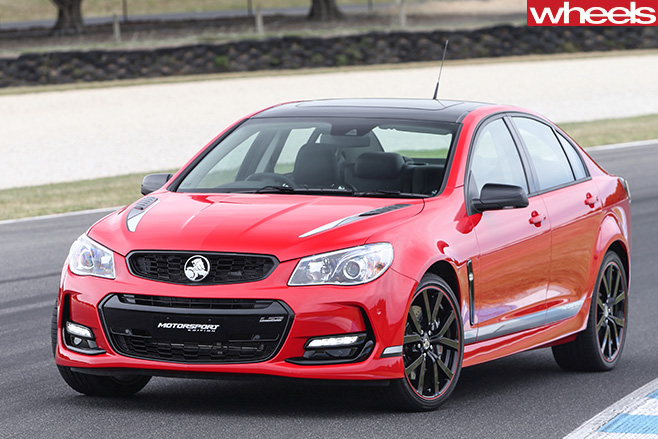 WHY WE’RE TESTING IT?
Because this is our one and only chance to drive the MY17 Motorsport Edition (and its Director sedan and Magnum ute siblings) before the order books open on January 19. Holden is only building 1800 of the limited-run cars, and that won’t include a press fleet.

MAIN RIVALS
In terms of what the Motorsport Edition offers for the money, how it sounds, and how it drives, a big, fat zero. This is a proper V8 muscle sedan for the price of a turbo-four, all-wheel-drive Volkswagen Passat. Or an optioned-up Skoda Superb with the same oily bits. 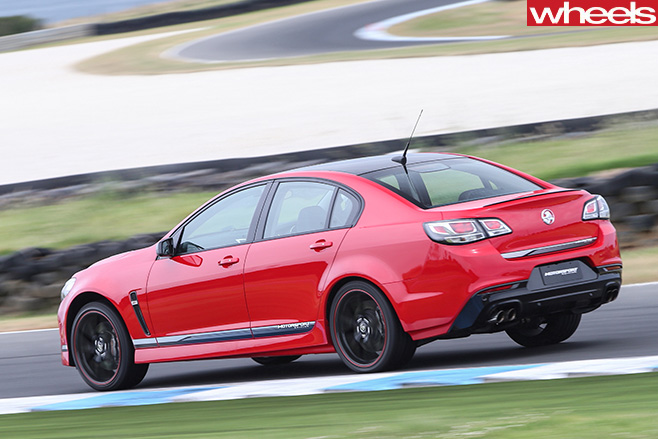 THE WHEELS VERDICT
The best ever Holden-badged (meaning non-HSV) Commodore ever, with superb dynamics and a persuasive series of upgrades worthy of its end-of-line status. The Motorsport’s stripes may be an acquired taste, but it looks better in some colours than others, and there’s always the near-identical Director for those chasing a bit more understatement. One stamp of the loud pedal, however, and this brutish bent-eight’s personality rises to the fore, proving it’s everything most people could ever want from Holden’s much-loved rear-drive icon. 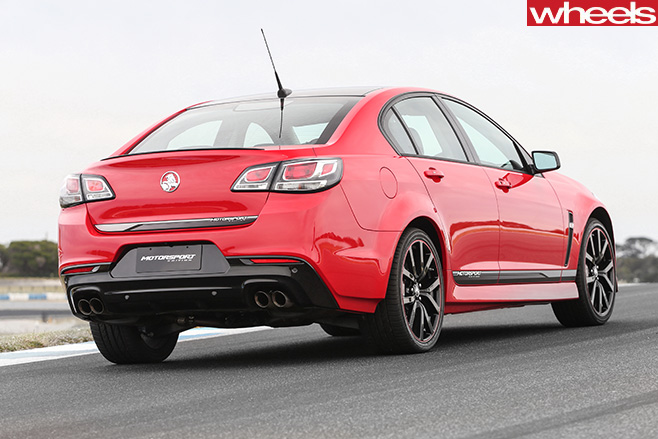 THE WHEELS REVIEW
HOLDEN’S Zeta platform has given birth to some bloody impressive gear during its 11-year tenure, so it’s fitting that the last-ever Aussie-made, rear-drive Commodore bows out with a celebratory ‘bang’.

Less than a year before the pin is finally pulled on domestic production, Holden has gathered together all the best components from global Zeta-platformed cars to create three limited edition models – the ‘Motorsport Edition’ sedan, ‘Director’ sedan and ‘Magnum’ ute (see separate web story).

The Motorsport Edition ($61,790 manual; $63,990 auto) is the headline variant (with the greatest production volume). Based on the VFII Holden Commodore SS-V Redline sedan, it scores the Magnetic Ride Control (MRC) suspension as fitted to the Chevrolet SS export model (and various HSVs), completely re-tuned by Holden. 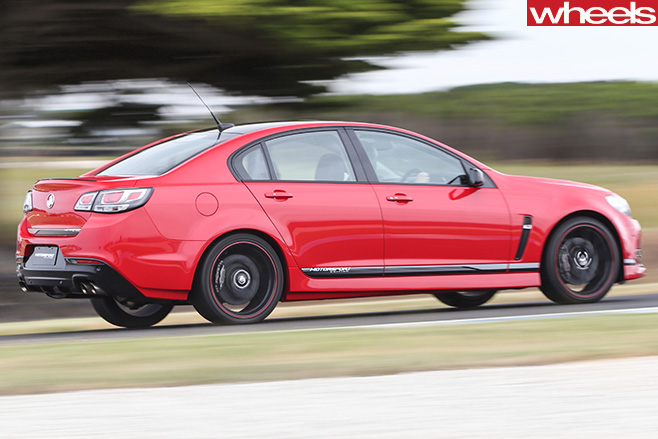 The Motorsport also scores unique high-rate rear subframe bushes that are much stiffer in fore/aft, diagonal and vertical planes, preventing the rear cradle from rolling and pitching in extreme (track) situations. 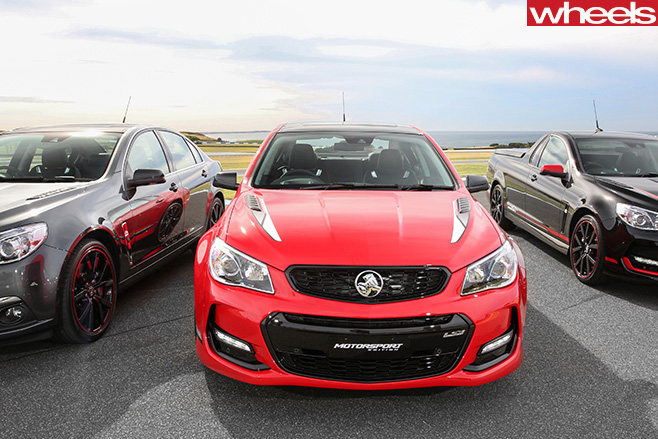 The cooling pack brings all three limited-edition VFIIs up to ‘GM Level 3’ track spec, joining the Chevy Camaro and Corvette, and Cadillac CTS. They get an engine oil cooler (as fitted to the US police-spec Caprice) as well as an in-tank cooler for the manual (already on the V8 auto) and an auxiliary transmission cooler for the auto ’box.

The Calais V-based ‘Director’ ($63,990) plays its Q-car card to understated perfection. Lacking only the high-rate rear subframe bushes of the Motorsport, the Director is otherwise an engineering ringer of its bespoilered brother. Its black roof, bonnet vents, forged 20s, red-rimmed front air intake and ‘D I R E C T O R’ bootlid lettering may give the game away, but this auto-only sleeper is a true Calais-on-the-juice, straight from the factory. 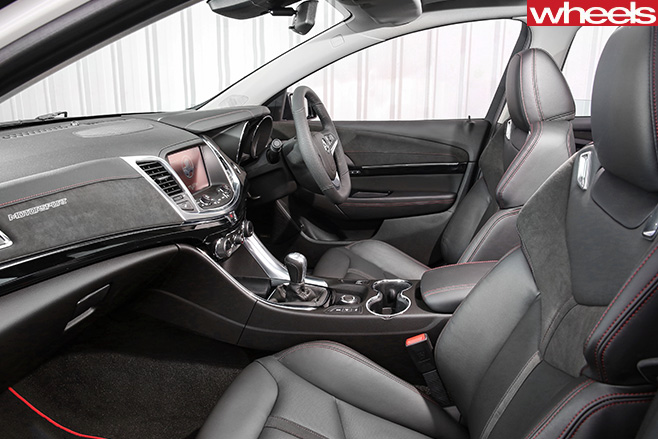 All limited-edition cabins score performance front seats with metallicised bling from the Chevrolet SS, though only Director and Motorsport also get seat heaters. And all three get their model name embroidered into the instrument-panel trim. Pool-room sweeteners for the Motorsport include a commemorative presentation case and a 1:18-scale Biante model of your car.

The Motorsport also gets ‘KOM’ on its build plate (for ‘King of the Mountain’), reflecting Commodore’s 24 Bathurst victories and 470 ATCC/V8 Supercar wins. Buyers can also opt for ‘NOPD’ (no pre-delivery), meaning your car arrives collector-friendly, wearing full plastic protection. And a car cover is optional, which buyers can personalise with their own name. 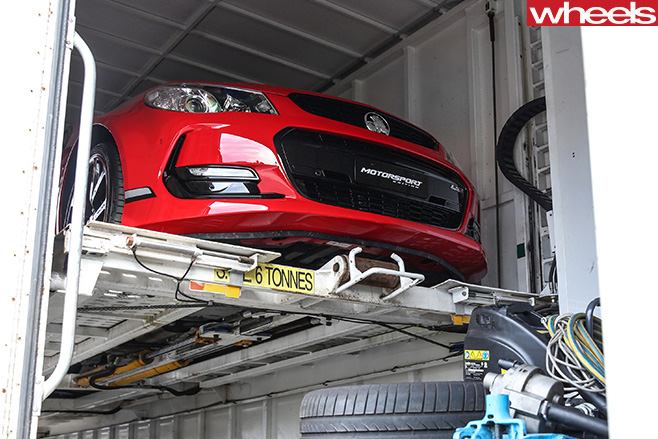 Similar to 2014’s VF Redline launch, Holden introduced the media to the MY17 Limited Edition models at the Phillip Island circuit. But this time, with additional LS3 V8 power (304kW/570Nm, as per VFII V8), the Commodores truly had the power to push the envelope.

We kicked off hot laps in a manual Motorsport. The LS3’s grunt means you can hold the car in these lovely, flowing oversteer drifts across the top of the track, yet there’s real precision to its turn-in and mid-corner purchase, and tireless stopping force from its brakes. About the only limiting factor is the Bridgestone Potenza RE050A tyres after countless laps at max-attack. 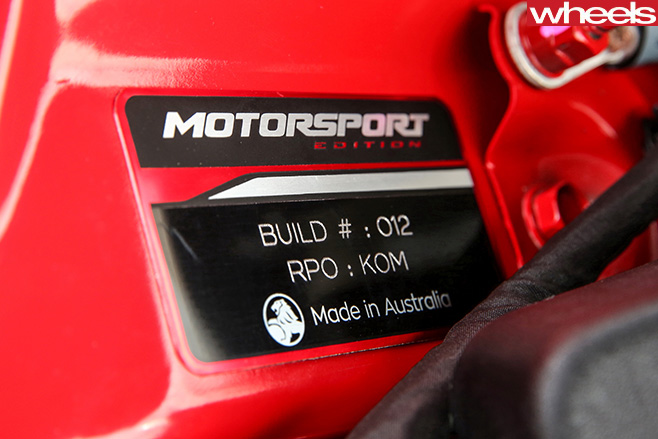 Down the Island’s main straight, the Motorsport easily reaches the rev cut-out in fourth gear (more than 230km/h) before hitting the picks and diving into turn one’s right-hander. And there’s that ever-present and wonderfully shouty V8 induction riot going on to garnish the whole experience.

Yet it’s bittersweet, all of this. Going out on a high note is one thing; knowing there will never be a car like the rear-drive VFII again makes the whole experience a lot harder to swallow. Greatness, however, is everlasting.

How many hot Commodores?

With just 1800 limited-run Commodores planned for 2017 – 1200 Motorsports, 260 Directors and 240 Magnums – you’ll need to be quicker than the V8 manual’s launch control to score one, though not all will be available to Joe Public. Holden employees (current and retired) and dealer principals will be offered cars first, leaving 1000 Motorsports, 250 Directors and 200 Magnums for general consumption.

In a nod to Greg Murphy’s race number, New Zealand gets 51 Directors, 51 Magnums and 151 Motorsports.

Dealers start taking orders for all three MY17 Limited Edition models from today (January 19), though deliveries won’t start until July.