After a years of work, the 2003 and 2004 V8 Supercars championship-winning Ford Falcon has been restored by Ross Stone Racing, an offshoot of the former Stone Brothers Racing team (sold to become Erebus) which had built and run the car in its competition days.

It’s one of two cars team owner Ross Stone says will be restored, telling MOTOR work has already begun on the car that won the 2005 Falcon V8 Supercar driven to a championship victory by Russell Ingall.

The Ambrose BA Falcon, likely worth a small fortune given its pedigree, has been near completion for some time with Stone saying the last things to be fitted to the car just last week were the plexiglass rear windows.

The car’s history doesn’t end with the two Ambrose victories, however, as it’s the car that then-new James Courtney used in the Supercars Development Series in 2006. The car has been returned to its 2004-spec livery, wearing the defending champion number 1 rather than Ambrose’s own number, 4.

Here's another two-timer that went for sale, Whincup's 2013/14 Commodore 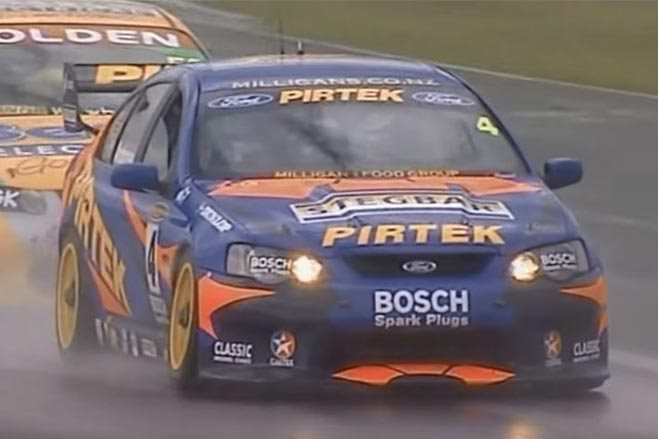 While this car and the Ingall Falcon are the only two cars retained by Ross and brother Jimmy Stone, mentions from interviews across the past year of the cars eventually being up for sale mean the 2003/04 winning Falcon could find its way into a more private collection, or could even see track time again in some form.

Throwback: Ambrose stands down from Supercars

Here’s a clip from the last moments of the 2003 V8 Supercars championship, wrapped up by Ambrose’ comment after winning the final round at Eastern Creek, “I’m taking the number one off Skaifey’s car, I can guarantee that. It’s mine now!”