MARK Webber has gone for a tool around London – behind the wheel of his World Endurance Championship-winning Porsche 919 Hybrid LMP1 race car.

Billed as an ad for the translation of race-bred technology that’s applied to the road-going Porsche Panamera 4 E-Hybrid, Webber’s Porsche went on a gentle drive from Park Lane to the south bank of the River Thames. 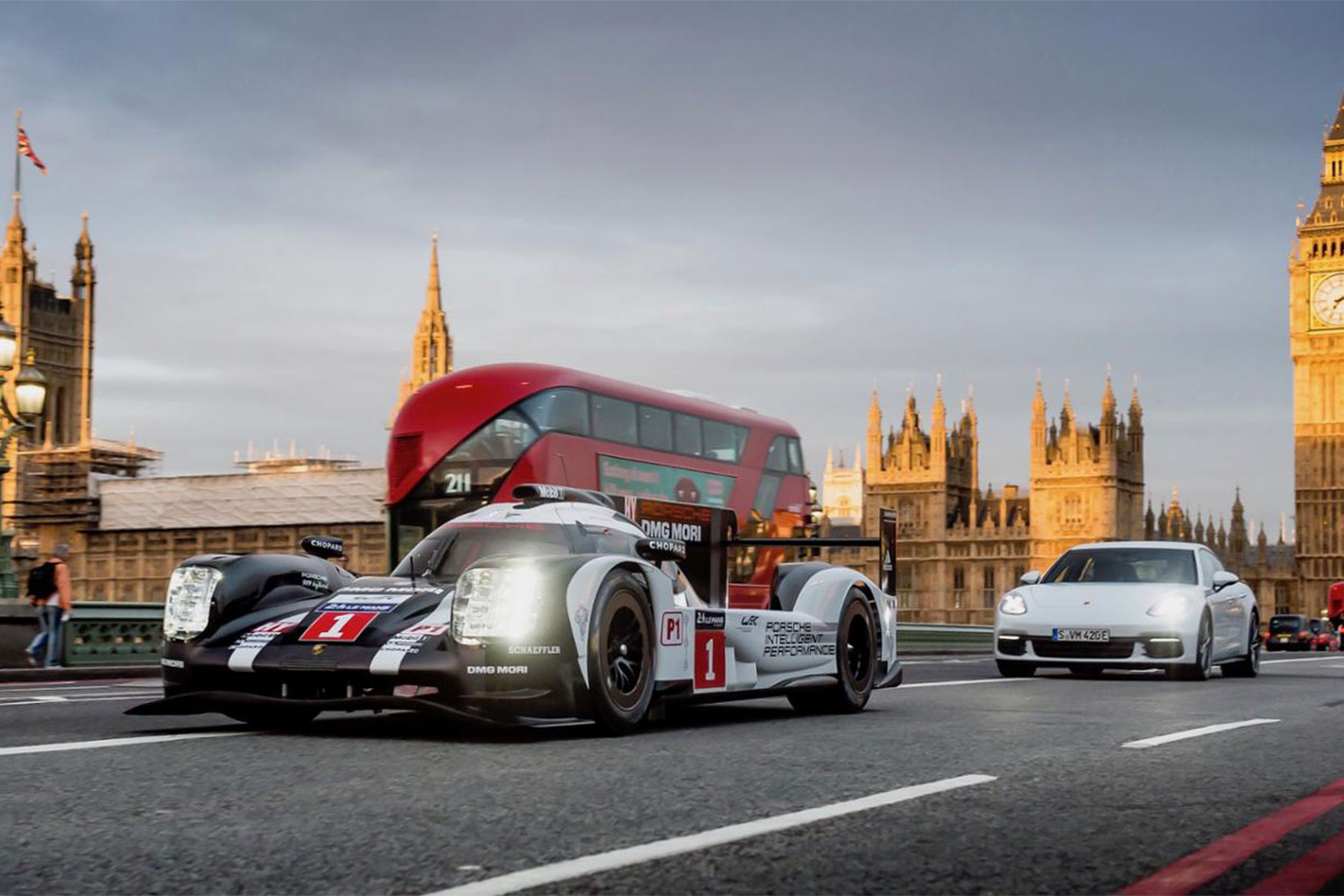 Along the way he took in London landmarks including Hyde Park Corner, Piccadilly Circus, Trafalgar Square, Parliament Square and the London Eye.

It wasn’t an easy run for the former Formula One pilot, either. Videos show him stalling the race car several times as he attempted to deal with low-speed starts, and later showing the 919 ducking through London’s traffic with a police escort. 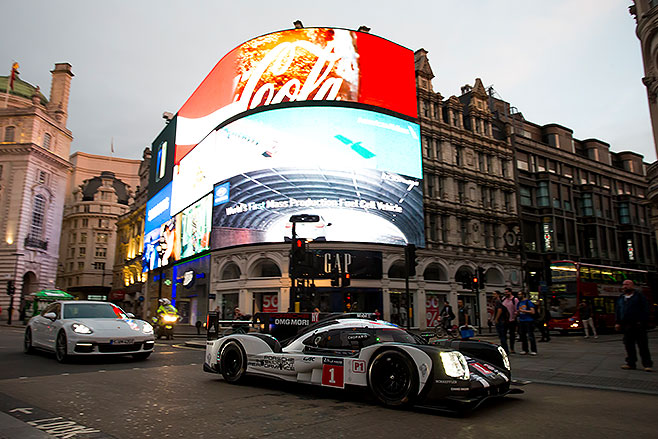 While Webber didn’t drive the LMP1 machine to Paris, the Porsche Panamera 4 E-Hybrid will be there.

The plug-in Porsche is powered by a 340kW twin-turbo 2.9-litre V6 petrol engine producing 243kW when pared with the 100kW electric motor. Maximum torque from the combination is 700 Nm, with an electric range of 50 kilometres. Despite the green tinge, it’s a Porsche at heart: the 0-100km/h sprint is just 4.6 seconds. 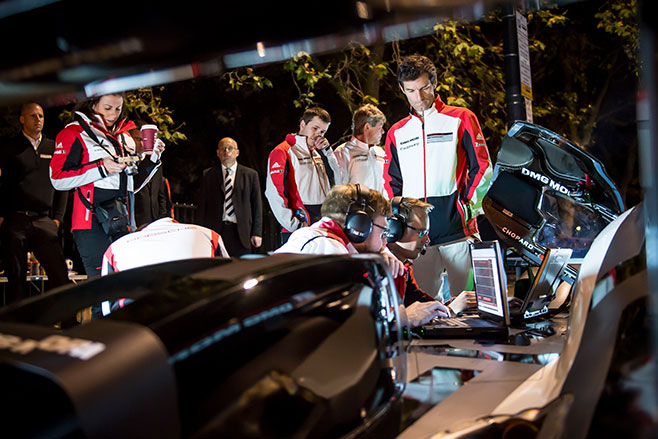 As well, Porsche will show the 911 GT3 Cup car, a track-only version of what it claims is the world’s best-selling racecar.

A Macan Turbo equipped with performance package will also be unveiled for the first time at the Paris Motor Show, which starts tomorrow.

Webber’s LMP1 racer is powered by a 2.0-litre V4 turbo petrol engine, and a lithium-ion battery for energy recovery. 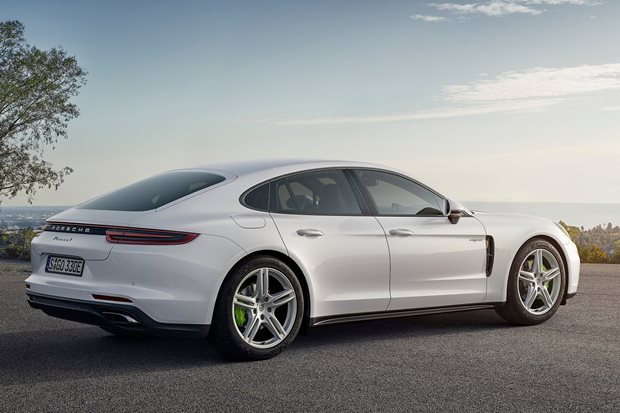