The long-rumoured Mazda RX-9 seems another step closer to reality with the publication of a new front-end assembly patent.

First discovered and covered by a Japanese publication called WebMotorMagazine(wait a second…), the technical drawing shows a double-wishbone front-end construction which looks to be somewhat space-restrictive.

Given previous whisperings that the Mazda rotary would make a return in a sports car, this design has some footing in reality. A very small engine could fit in the space available, sending power rearwards.

In addition Mazda’s technical development executive, Mitsuo Hitomi, told MOTOR’s sister publication Wheels in late 2017 that his team was, “continuing development of the next generation rotary engine,” and that range extension tech was also intended for use in a sports car.

So where does this leave the new patent? It’s possible that the rotary will return in a new sports car as a range-extender, but given the difficulties surrounding efficiency and reliability of rotary engines, it’s unlikely we’ll see a direct successor to the RX-7.

Thus, the RX-9 nomenclature would allow Mazda some room to play with the formula of its RX family. After all, the RX-8 wasn’t named RX-7 since it didn’t follow the two-seat, two-door layout of the three generations of its rotary predecessor. 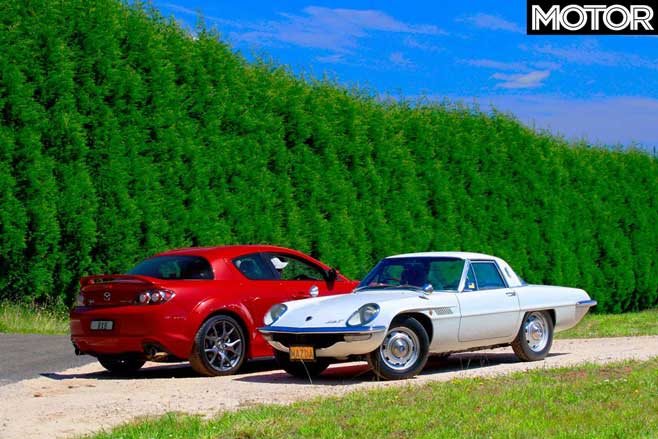 The report published by WebMotorMagazine suggests the RX-9 will be a roughly-300kW turbocharged rotary-powered, rear-drive sports car, but the aforementioned difficulties with emissions standards could prevent Mazda from achieving this.

Is a rotary-hybrid sports car on the way from Mazda? It’d certainly be a step away from the brand’s focus on relatively affordable atmo-engined (and widely-marketable) cars, but the RX-Vision is prime real estate for a low-volume production car.