The two things could be linked, and might explain the confusion regarding Mazda’s plans

Days after Mazda filed a patent for a double-wishbone front-end construction, two of the brand’s different nation-specific offices have made official announcements regarding a new EV… and something related to the rotary engine.

First, the news that has us most intrigued, and perhaps slightly confused.

It’s expected Mazda’s front-end patent is related to a new rear-drive platform (one which could end up being shared with the next-gen Toyota 86), but Mazda has kept clear of connections to the rotary engine despite the fact it’d fit nicely in the snug engine bay.

But Chang'an Mazda’s post (which we translated through Google, so be prepared for some estimation) tells us to prepare for the next generation of rotary in six days. This, however, was posted on September 20. 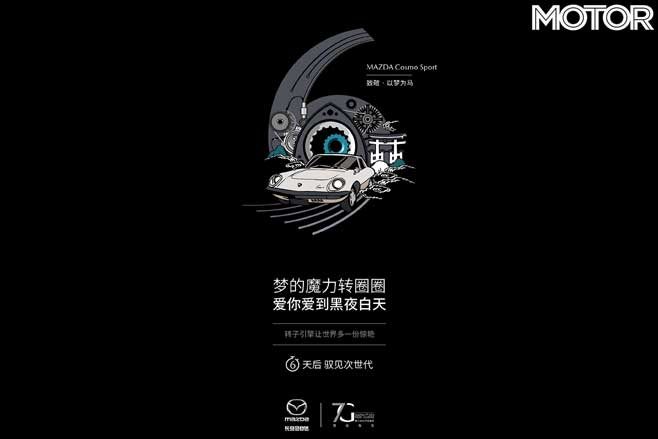 The text on the image, underneath an illustration of a famously rotary-powered Mazda Cosmo, appears to read very roughly:

“Dream magic circle,
Love you to love the nighttime,
The rotor engine makes the world amazed,
See the next generation after 6 days.”

But, at the same time, Mazda Australia sent out a press release to media which told of a new BEV coming, due to be announced at the Tokyo Motor Show.

“A completely new model, the EV will be the third instalment in Mazda’s new-generation lineup. As a fresh option designed to form a deeper bond between car and driver, the new EV continues Mazda’s focus on human centric design…”

Given Mazda’s specific statement that it’s a battery electric vehicle, it’s unlikely the rotary is to be involved in this new model.

If not for Mazda’s ‘BEV’ confirmation, it’d almost look like Mazda was set to revive the Cosmo name for a model to introduce a new powertrain to the brand’s lineup, much like the original did with the Wankel rotary back in the 1960s.