MCLAREN has divulged a tasty information morsel about the performance of its eagerly anticipated ‘Hyper-GT’, codenamed BP23, saying that it will have the highest top speed of any McLaren yet – including the iconic McLaren F1.

“On the 28th of March 1998 a gentleman called Andy Wallace recorded 242[.9]mph (391km/h) in an F1. I’m pleased to say this car will be faster than that,” said Ultimate Series vehicle line director Andy Palmer at a small gathering of media after the Geneva motor show opened.

The existence of BP23 made headlines in mid-2016 when the road-car project was first spoken about outside of Woking. It will join McLaren’s Ultimate Series as counterpart to the track-focused Senna and Senna GTR, and notably feature a centrally mounted driving position inspired by the McLaren F1 of 1992.

Wheels spoke with Andy Palmer this week about the pressure that comes with making a car that draws a direct link to a motoring icon.

“It’s a lot [of pressure]. I walk past XP5 [the final F1 prototype] every single day when I come into the office,” he explains. “Some of the team that worked with Gordon [Murray] are working on BP23. There’s a lot of heritage. It’s an amazing car.

“We went back to a central seat position, because we could. Then, how many do we produce? We wanted to keep it exclusive, so [we said] let’s produce 50. Then our customers said I’d like one and I’d like one.

“I don’t think when you see the car you’ll be able to draw a comparison to anything.” The final production car isn’t that far away, with a full reveal promised before the end of 2018 and the first customer deliveries in 2020, according to Palmer. Yet relatively little has been shared about BP23, which sold out all 106 examples before it was officially announced in November 2016.

“The car is shrouded in a little mystery,” says Palmer. “Very few people within McLaren have seen it. We built a special design studio for Rob [Melville], and his team are very focused on creating something special.”

What we do know is it will be a technological tour de force, including a petrol-electric hybrid drivetrain, and take a super slippery, aero-efficient form with a less blinkered obsession for track pace.

“Senna is very much about downforce and grip and lap times. BP23 is very different. It’s about high speed, it’s about acceleration, craftsmanship, luxury, refinement. Yet, it can carry three passengers and luggage.

“It’s not a [Aston Martin] Valkyrie competitor, it’s not a [Mercedes-AMG] Project One competitor. It’s not a replacement for the P1. We are not producing a car like that.

“It is very much a road car,” says Palmer. “We’re a year or maybe a little bit more into the development of it. Rob and his team have pretty much finalised the design and we’re coming into the prototypes of that.” 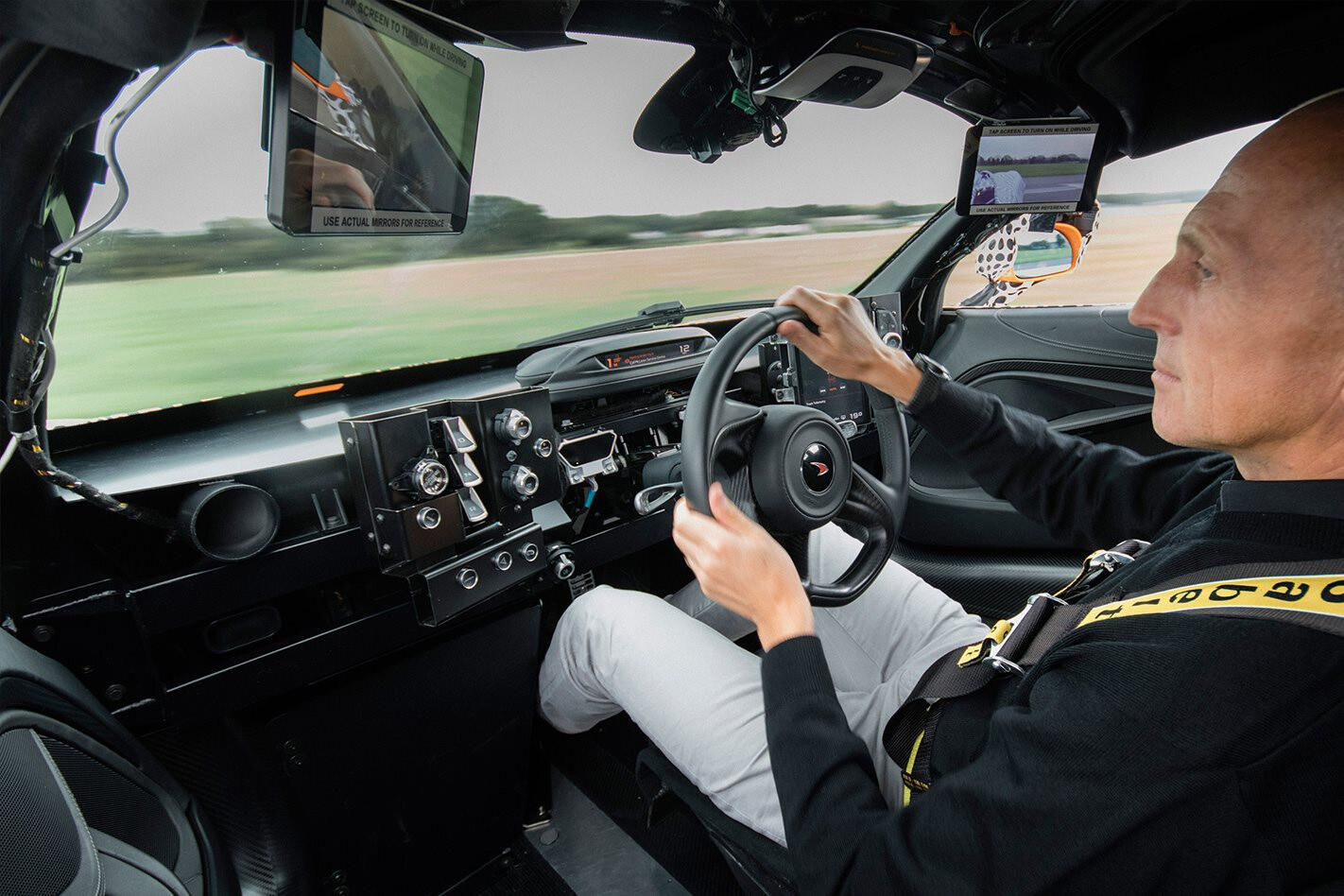 A pre-production 720S formed a basis for the first mule, which was modified to incorporate the BP23’s central driver’s seat and a system of cameras and screens inside the cabin to replace rear-vision mirrors.

“The car is very exciting to drive. Sitting in the middle of a car really does give you something very different. Visibility, and the appreciation of what’s going on around you, it really does move it to the next level.

“When you see the hybridisation on BP23, that’s very different again [to P1]. Hybridisation isn’t just about range, [it] can be used for performance and turbo lag fill, but we’ve addressed these areas in other ways, we’re using hybridisation for the enjoyment of the customer.

“Ultimate Series gives that ability to do something a little bit different, not a hypercar with 50km of [electric] range – our customers don’t want that. 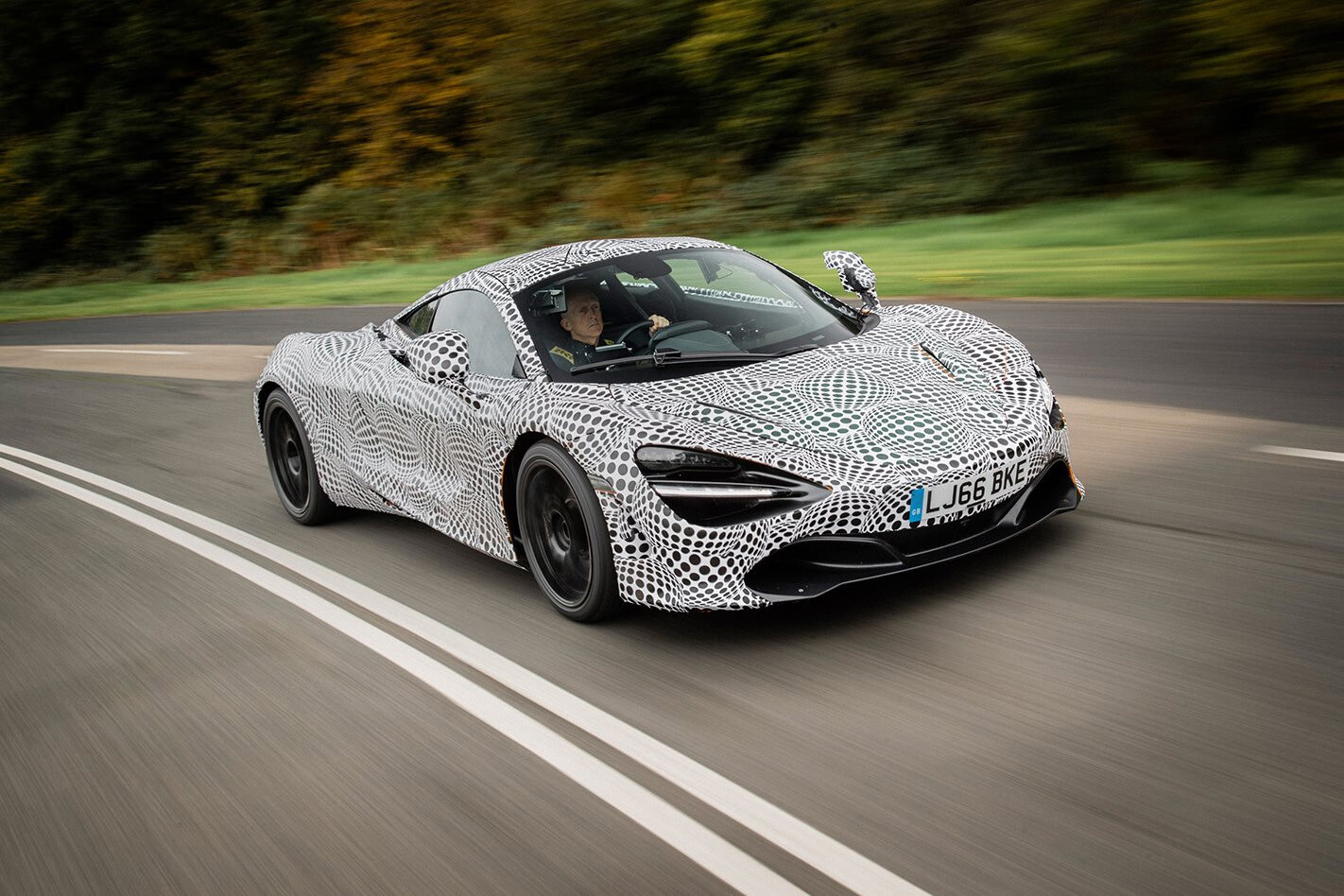 Each BP23 will be individually customised by McLaren Special Operations according to each customer's taste. An official name – and the car's top speed – will be announced nearer to its unveiling. The BP23 call sign will be dropped in favour of a word, and not an alphanumeric sequence like Sports Series and Super Series McLaren models.

“I appreciate [people] will get hold of an F1 and BP23 and put them together and look at changes over that 30 or 25 year period, and I’m pleased that the engineering and the design shows how far we’ve moved it forward," says Palmer.

“We’ve stated that this will be the fastest McLaren, and it will be. “

So, could Andy Wallace come back to break the McLaren record?

“Possibly. I may have something else up my sleeve.”