McLaren’s Grand Tourer, which is yet to receive its official name, has had its bulky camouflage removed to reveal its true silhouette… albeit still with a camouflaged wrap.

The Woking carmaker hasn’t revealed much about the car yet, only that it will ‘break the rules’ of traditional grand tourers. And, of course, that it will house a mid-mounted twin-turbo V8 engine. It’s a McLaren after all.

“The application of the shrink-wrap will also enable the development team to enter the closing stages of the car’s extensive evaluation programme, which has already encompassed thousands of miles in hot and cold climates across the globe,” McLaren says.

“The ‘Grand Tourer’ has proven its ability to cover long distances in supreme comfort, but always with extra shape-changing and noise-inducing panels applied.”

McLaren says the camo-free Grand Tourer will now depart on a 1600km test around Europe, starting at McLaren’s Spain-based development facility, and finishing back at McLaren HQ in Woking.

“To be completed in one stint with two occupants and a full complement of luggage, this is one of many long-distance drives that will help the team to confirm the new model is both comfortable and refined over the long distances a grand tourer is expected to consume, one rule that McLaren won’t be breaking.”

Set to be separate from McLaren’s groupings of ‘Sports Series’ or ‘Ultimate Series’, the Grand Tourer was originally revealed at the 2019 Geneva Motor Show, during an announcement by CEO Mike Flewitt, who said the car will share DNA with the McLaren Speedtail. 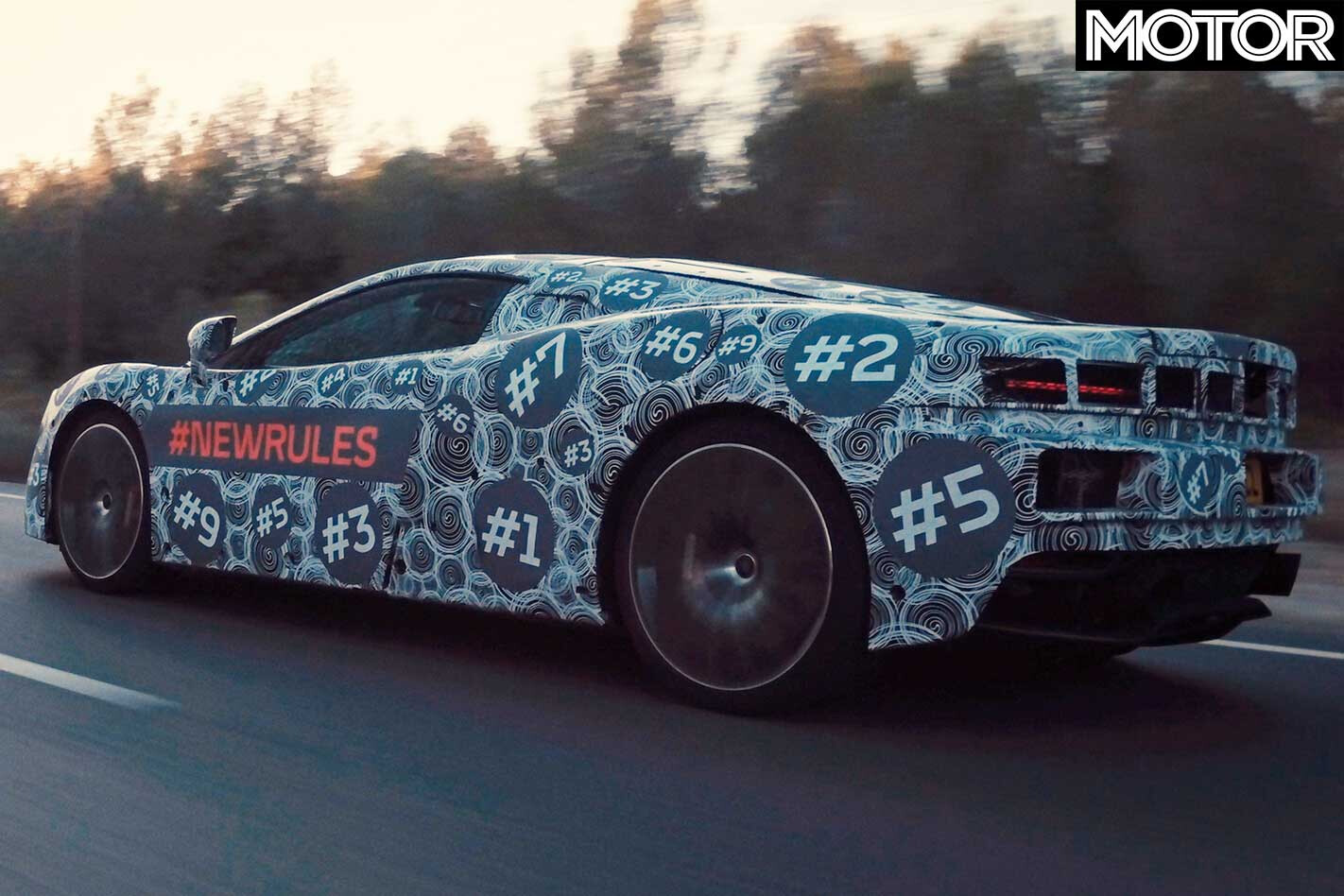 “It’s a car that has been designed for distance and one that will also provide the comfort and space expected of a Grand Tourer, but with a level of agility never experienced before in this segment.

“It will be the lightest of grand tourers and, by having the best power-to-weight ratio, I promise it will be one of the quickest.”

The Grand Tourer is to lose its wrap next month. Watch this space.