Zero to 100km/h in 4.7 seconds is probably AMG enough to warrant renaming C450 as the Mercedes-AMG C43, a badge-swap timed with the release of this sedan-supporting coupe bodystyle.

The C450 Sport launched overseas last year – we drove it here – but that badge will never arrive on our shores following a late naming change for both sedan and this newly released coupe version.

“[C-Class] starts the introduction of a whole series of new 43 models this year,” Mercedes-AMG chairman Tobias Moers announced in a statement. 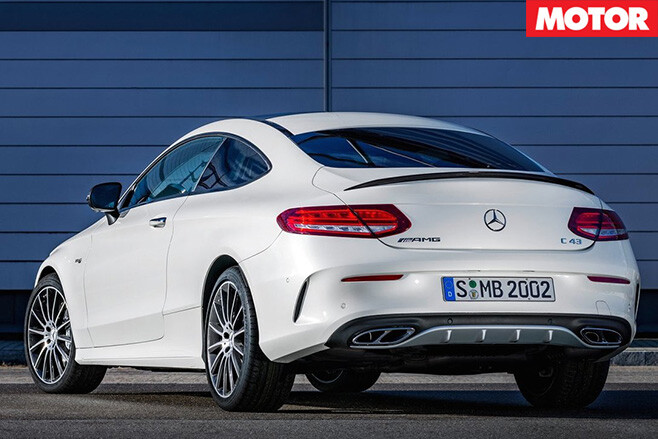 “The 43 models boast the characteristic AMG genes, which are included in our GT and 63 vehicles, and thus consistently interpret our brand essence of Driving Performance in their segment,” he added.

In other words, the C450 AMG Sport was inconsistent – and arguably too long – and the Mercedes-AMG C43 will gel alongside the forthcoming Mercedes-AMG SLC 43, the renamed facelift and turbo-six-powered replacement for the SLK 55 AMG.

Both C43 sedan and coupe utilise the same 3.0-litre twin-turbo V6 engine producing 270kW and 520Nm, but the two-door version is also two-tenths faster from standstill to the 100km/h benchmark.

Part of the performance increase with the Mercedes-AMG C43 is thanks to a new nine-speed automatic replacing the seven-speed unit featured in the C450 sedan.

“AMG developers managed to reduce substantially the shift times of the [Mercedes-Benz] nine-speed transmission,” the brand said in a statement.

“The multiple downshift allows even faster short bursts of speed, while the double-declutching function in the Sport and Sport Plus transmission modes makes for an even more emotive driving experience.” 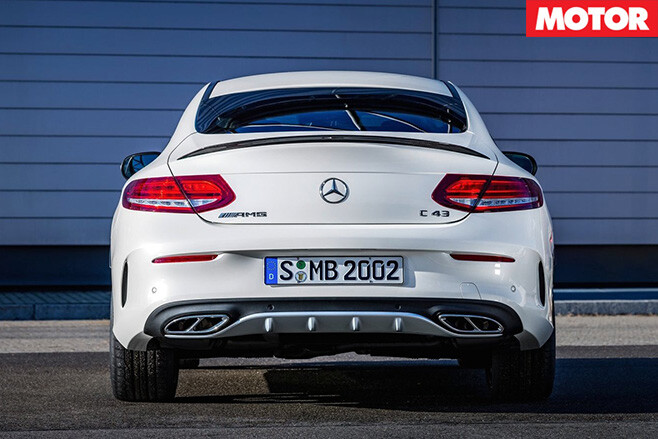 Mercedes-AMG claims the coupe has been fitted with special steering knuckles and load-bearing joints on the multi-link front suspension, teamed with increased negative camber and more rigid elastokinematics compared with the sedan.

The Mercedes-AMG C43 is confirmed to arrive locally in the fourth quarter of this year, with pricing of around $100,000 for the sedan and $110,000 for the coupe. One may arrive before the other, and Mercedes-Benz Australia isn’t confirming full specifications and pricing just yet.