Drop-top twin-turbo sports car due in 2017

Mercedes-AMG has lopped the top of its GT sports car, with the soft-top Roadster set to arrive in Australia in the second half of 2017.

Local pricing and specification is still some way from being finalised, but internationally the al fresco GT will be offered in two flavours, both of which will utilise the coupe's familiar 4.0-litre twin-turbo V8 and seven-speed dual-clutch gearbox.

The base GT Roadster will output 350kW/630Nm, however the range-topping GT C Roadster lifts those numbers to an impressive 410kW/680Nm, 35kW/30Nm more than its GT S coupe cousin. 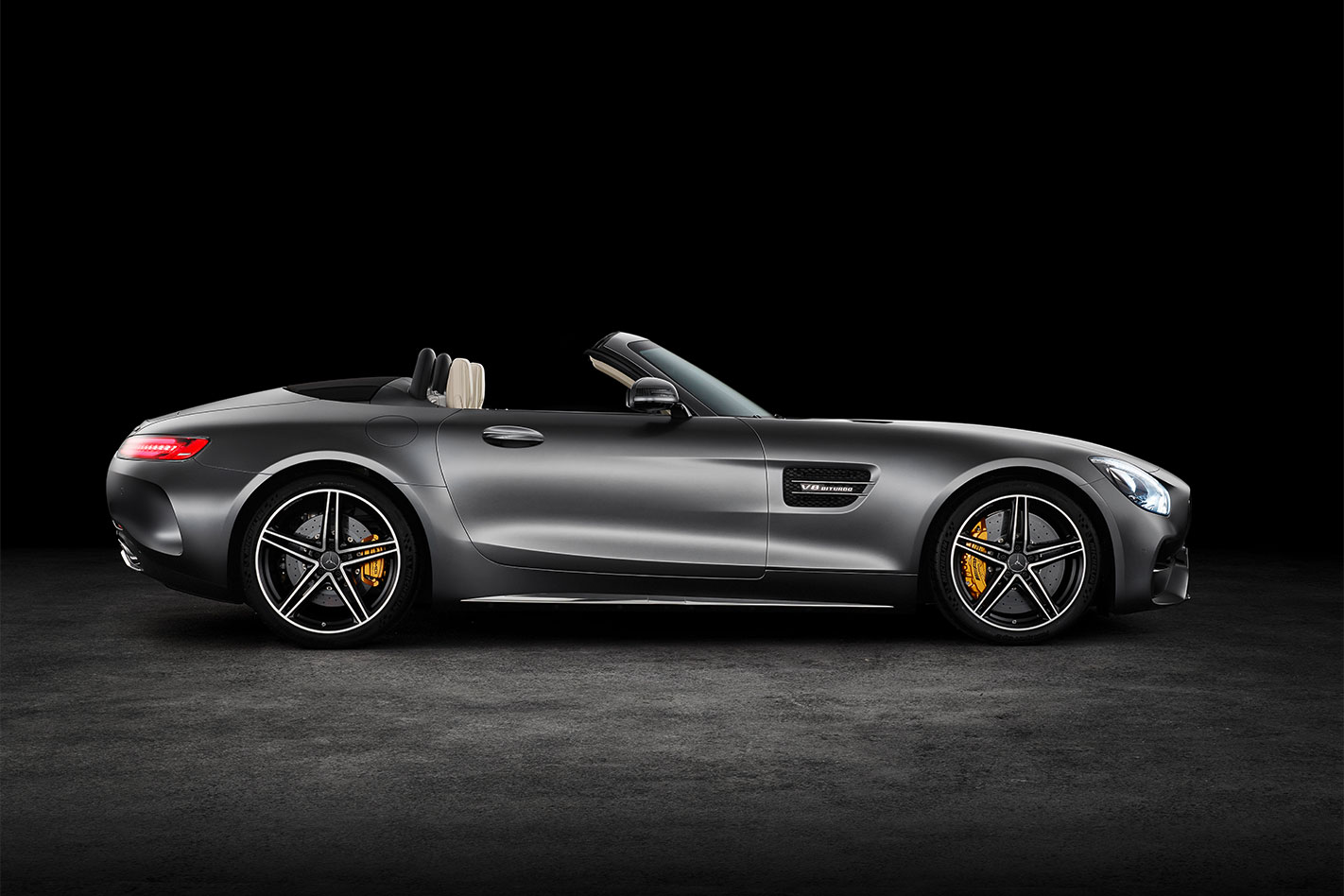 Some of the extra weight will be due to the extra body strengthening required, however the GT C also features some of the choice goodies from the hardcore GT R.

These include the electronically-controlled limited-slip diff, pumped rear guards to accommodate the wider track and wider wheels and rear-wheel steering, the details of which you can read here. 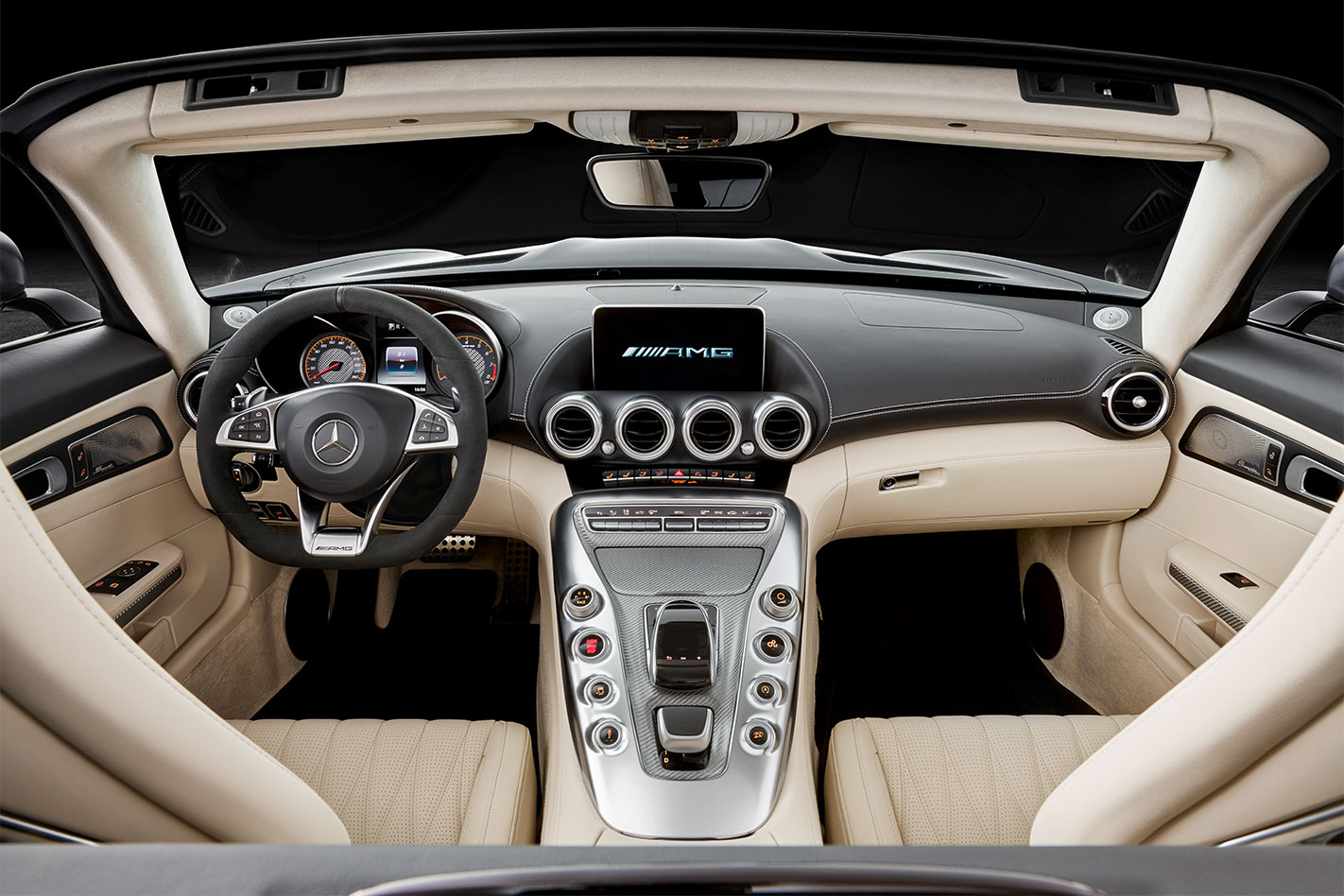 The modifications should ensure that the GT C is no California cruiser, however should the sun shine the electrically-operated soft-top folds away in eleven seconds at speeds of up to 50km/h. 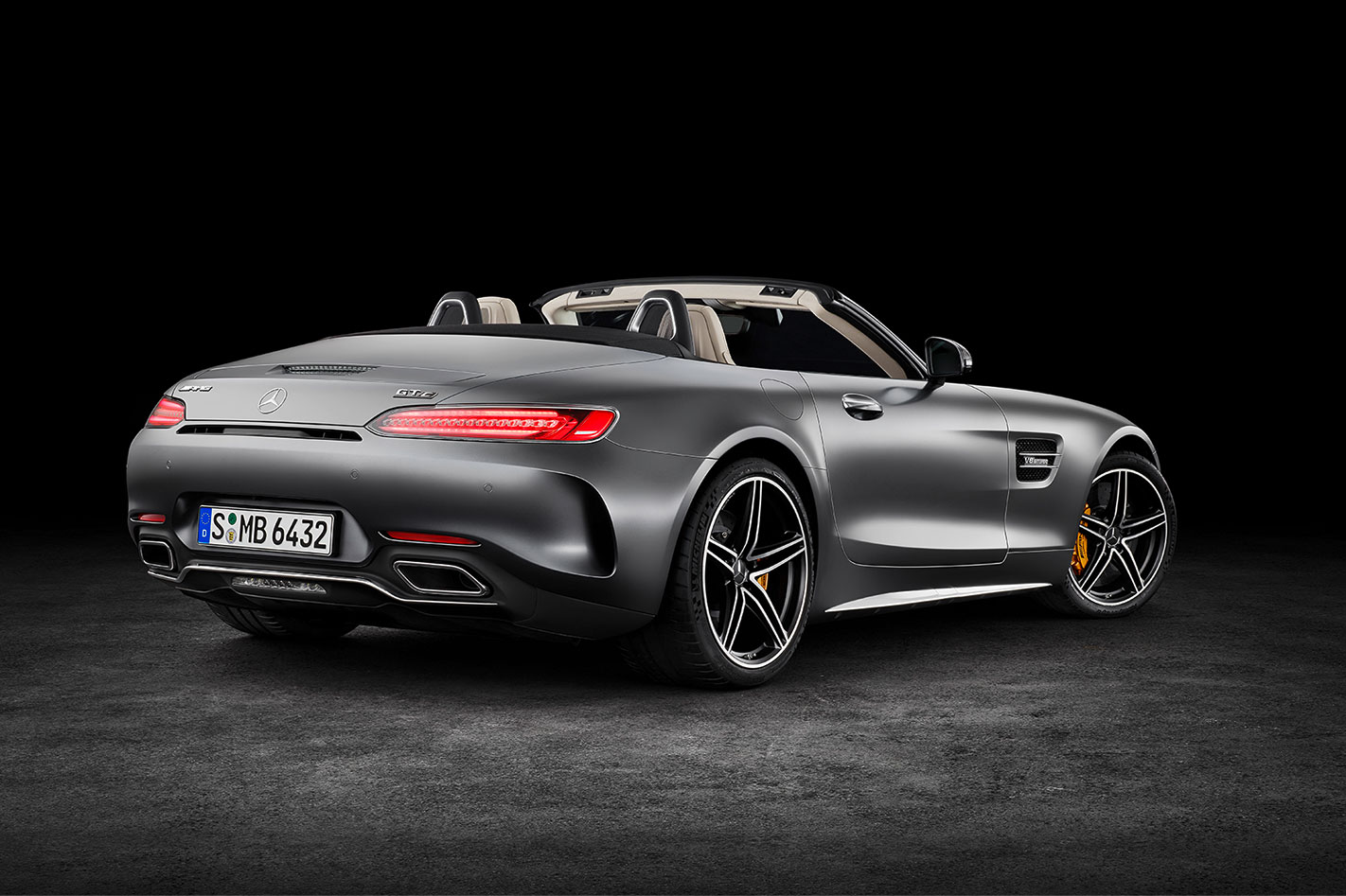 In addition to the Roadster, the current GT line-up will expand next year with the arrival of the base GT coupe and the track-focused GT R, with Mercedes-Benz Australia facing a serious case of demand outstripping supply with the latter.