Mercedes also says the addition of a tailgate means more headroom for rear occupants over the CLA four-door coupe – no significant feat if you ask us.

More importantly the CLA 45 AMG Shooting Brake, like its other compact brethren, uses AMG’s bat-crazy 2.0-litre turbo four packing 265kW and 450Nm which is harnessed by a front-drive based four-wheel drive system.

It’ll get the mini war-wagon to 100km/h in 4.7sec and take it to 250km/h before being halted by an electronic limiter.

When it arrives in showrooms the car will feature 18-inch wheels, but buyers will have the option to pick out various designs of a 19-inch wheel. You’ll also be able to option the estate with loads of exterior, interior and safety enhancements. Some of the options include a Performance exhaust system, steering wheel and seats, along with trick red brake calipers and carbonfibre trim.

Mercedes will offer an exclusive OrangeArt edition package when the car is launched early in 2015, which includes a special matte graphite grey finish and orange accents throughout the car. So your partner’s fake tan smears will blend in nicely.

The compact Shooting Brake will debut at next year’s Geneva International Motor Show, with its market launch to coincide with the Motor Show in March. 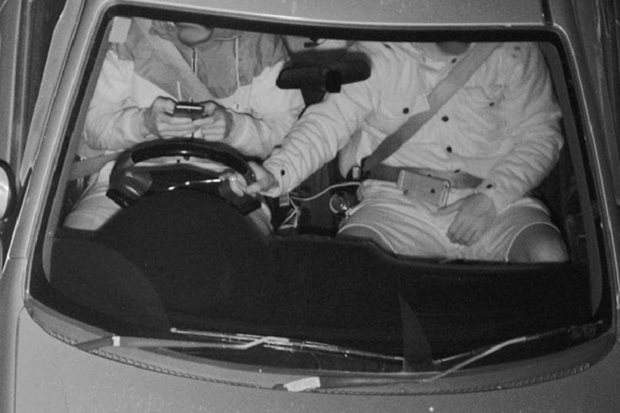 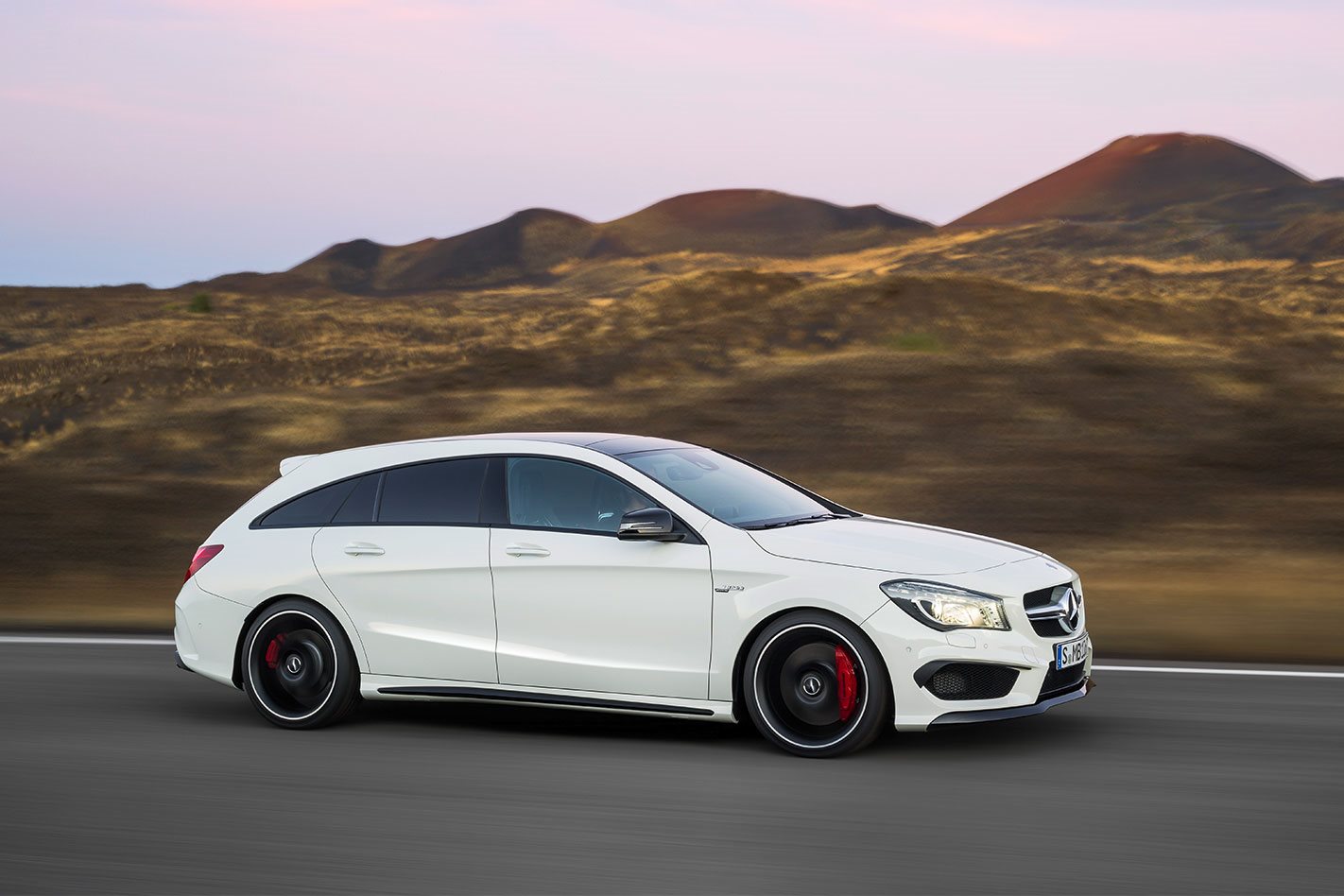 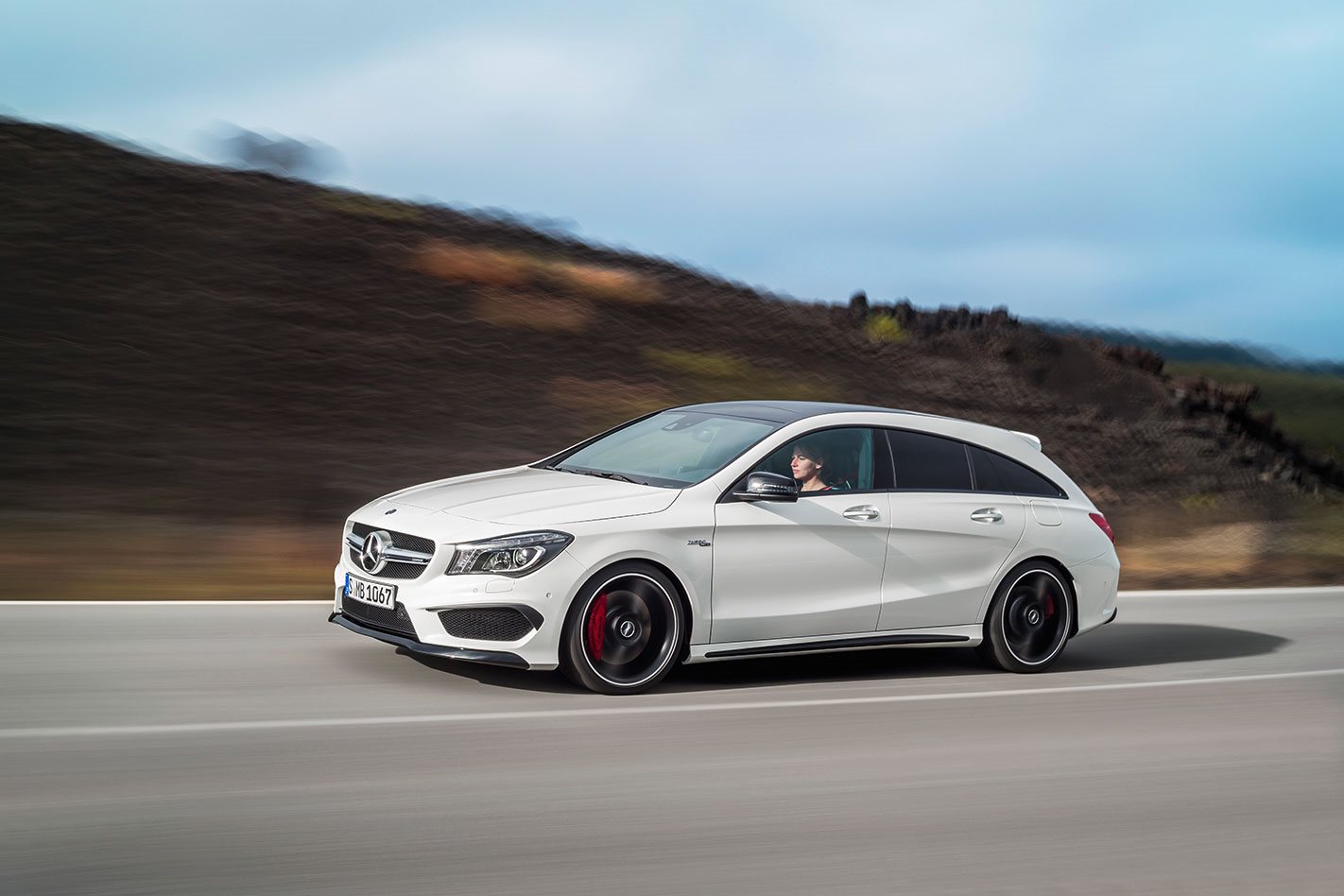 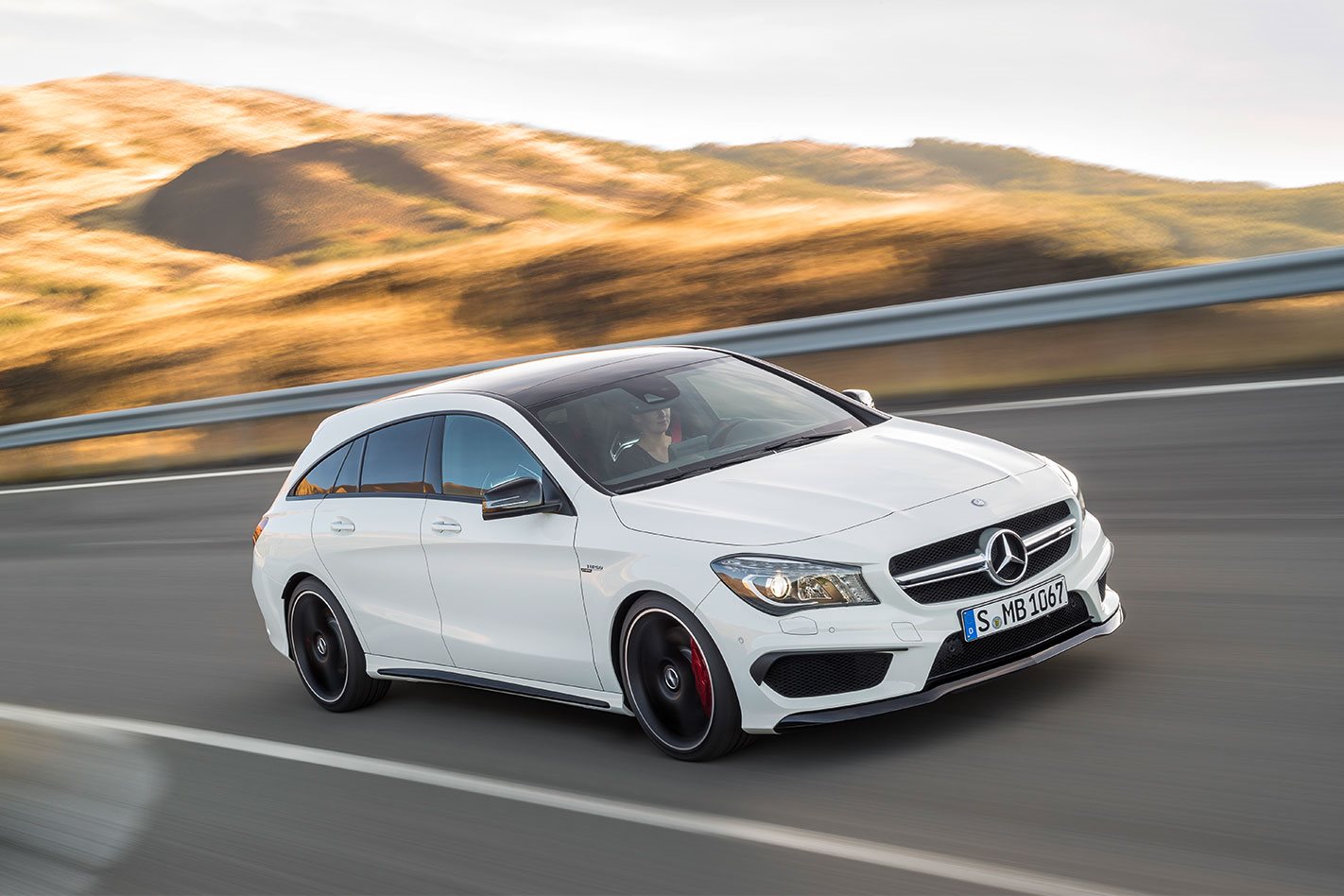 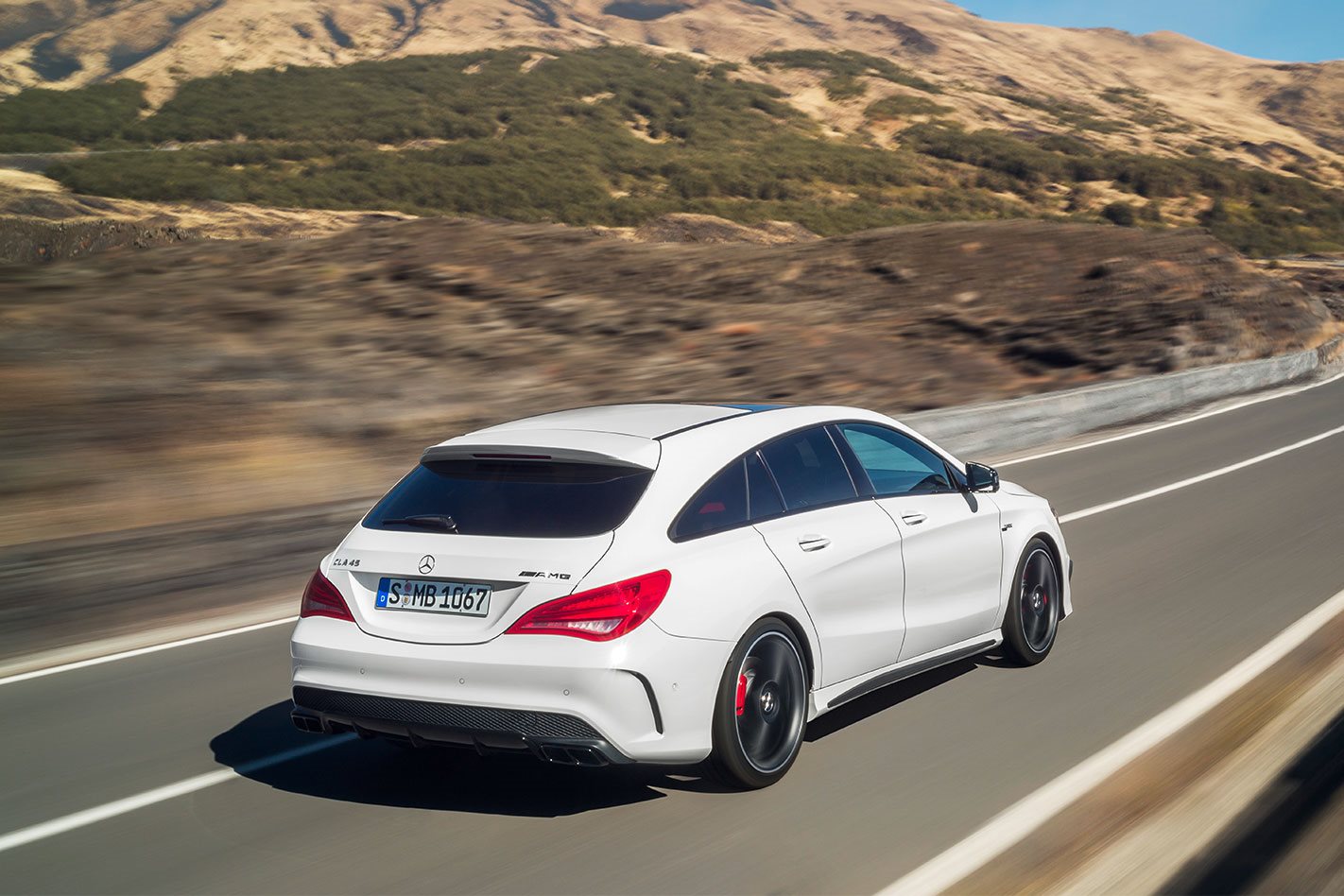 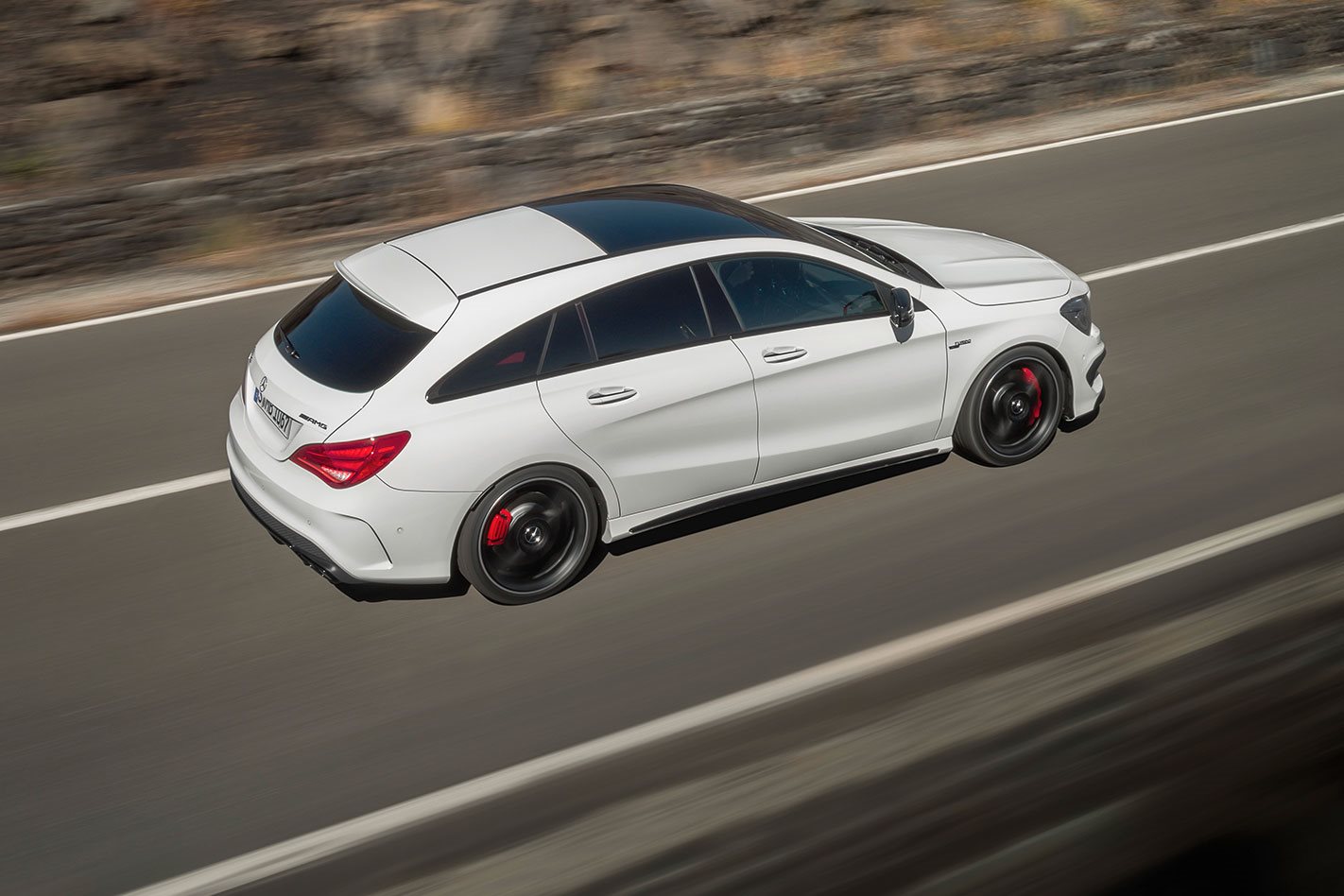 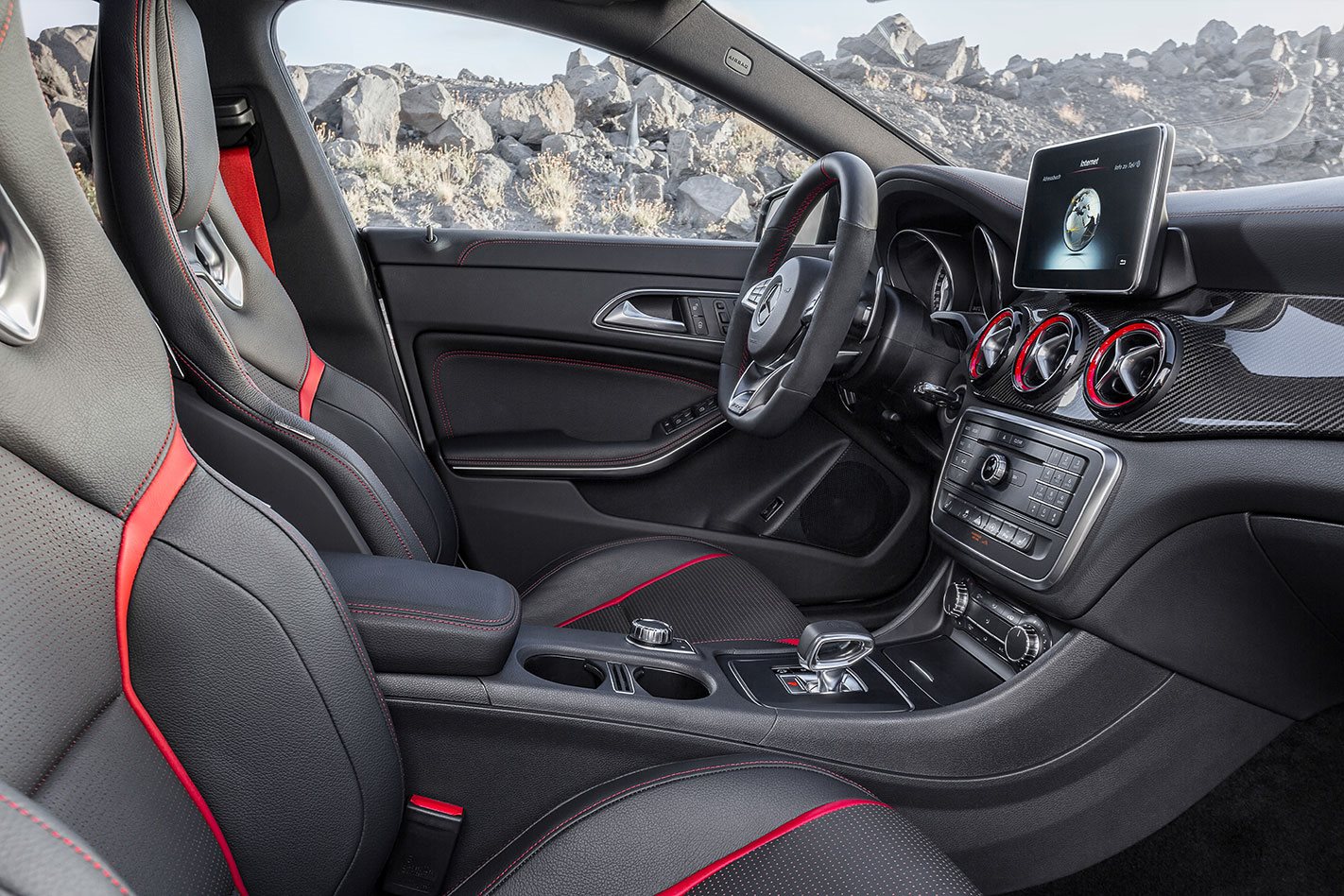