Mini has juiced up its Cabrio range with the new John Cooper Works convertible. Mini says the JCW Cabrio, with an estimated sub-$60k price, will accelerate to 100km/h in 6.5 seconds - a tenth quicker than the outgoing model.

The third-generation JCW is powered by a revised version of Mini’s 2.0-litre four-cylinder engine. JCW’s take on the new motor translates to a 15kW and 60Nm upgrade over the previous 1.6-litre JCW Cabrio, and a 29kW and 40Nm jump over Mini’s current open-air performance king, the Mini Cooper S Cabrio. All up, the new JCW-tuned drop-top produces 170kW of power and 320Nm of torque making it MINI’s most potent convertible yet.

Pricing is yet to be released, but the JCW Cabrio, in its six-speed manual guise, will likely sit in the $56k - $60k price range. It will also be offered with a six-speed automatic, like the previous version. 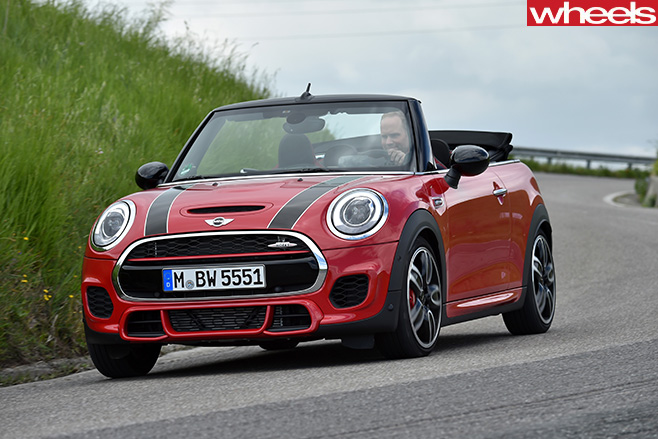 On top is an electrically powered textile roof that can be operated while travelling at speeds of up to 30km/h. Mini claims that it takes just 18 seconds to deploy or retract the roof. The extended silhouette of the open-top four-seater has been supplemented with JCW-specific design elements that are said to help in cooling and aerodynamics.  The soft top is plain black; however an optional Union Jack design is available. 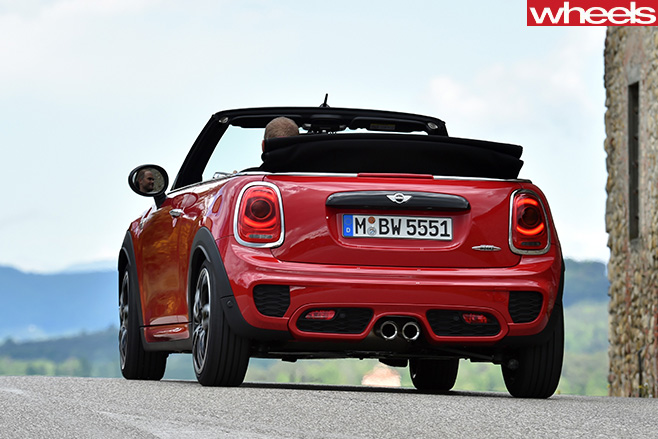 The roofless Mini tips the scales at 1310kg, 105kg more than its hatchback equivalent. The added weight is caused in part by the electrically operated soft-top and unique bracing. 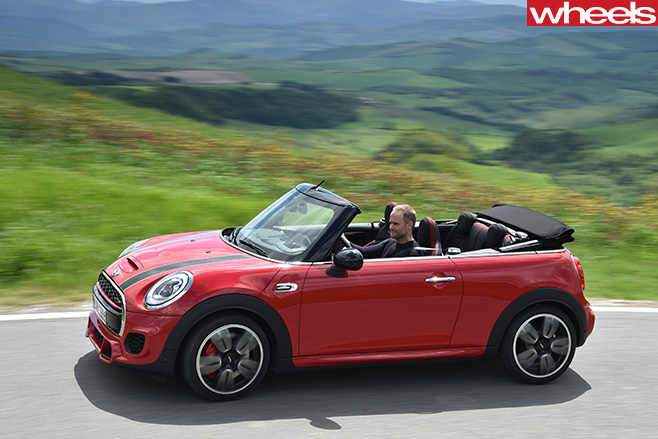 Local pricing for the new Mini John Cooper Works Convertible is yet to be confirmed, however the hatchback JCW sits at $47,400 (MRLP) which is $10,450 more than the base Cooper S. We expect the new JCW Cabrio will bear a similar price discrepancy over the base Cooper S Convertible which sits at $48,800 (MRLP).