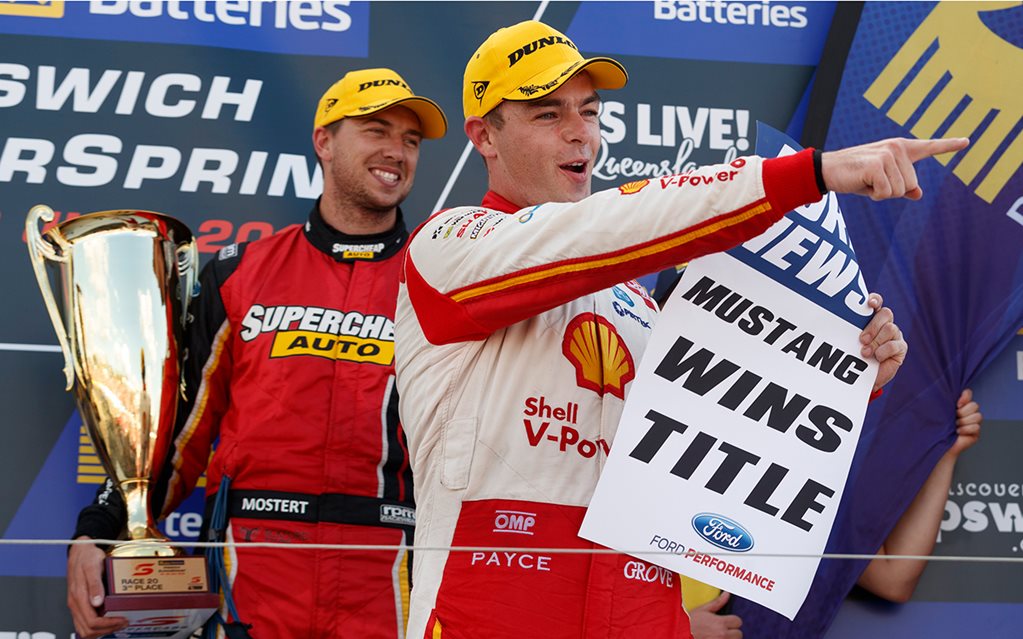 UPDATE - DJR Team Penske announced that it will sell replicas of the infamous poster, with all proceeds going to children's cancer charity Camp Quality. Several posters signed by drivers Scott McLaughlin, Fabian Coulthard and Tickford driver Chaz Mostert, as well as by Dick Johnson, were auctioned at $1000 apiece and were instantly snapped up, according to the team. The team has donated a $30,000 cheque to Camp Quality. 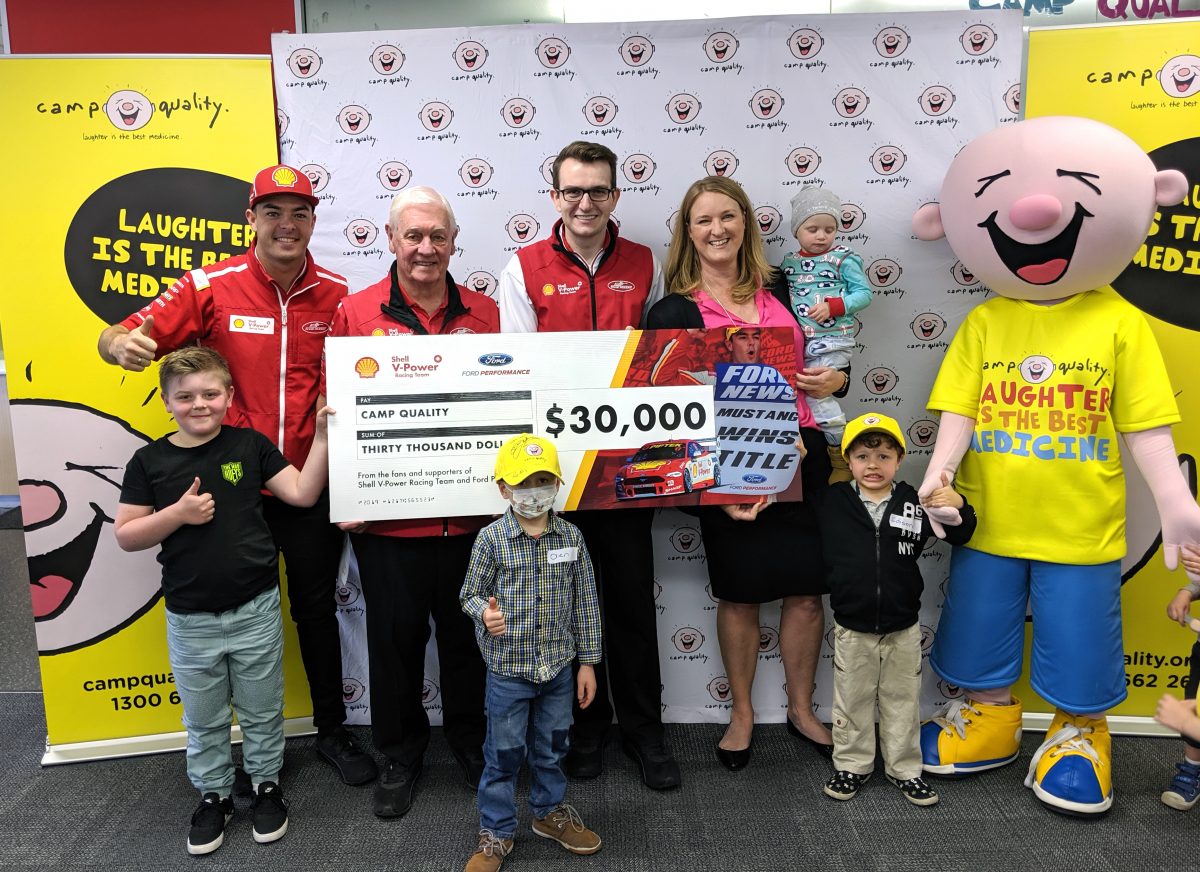 When Supercars defending champion Scott McLaughlin mounted the podium truck after his 14th win of the 2019 season in Queensland last Sunday, he was waving an A3-sized poster that read ‘Ford News - Mustang Wins Title’ in ye olde worlde newspaper style.

It’s a PR stunt we haven’t seen in the series for more than a decade, and for very good reason – according to series rules, it’s illegal.

McLaughlin, who drives for the powerhouse DJR Team Penske outfit, was fined $10,000 after the race, along with an additional $3000 for extending a victory burnout where he shouldn’t have.

“Following a post-race DRD investigation and admission of a breach of Rule E6.8.2 (non-permitted item on the podium) by Car 17, Scott McLaughlin, the Stewards imposed the penalty of a fine of $10,000 on Scott McLaughlin,” read the post-race steward’s report.

The report also added that the young Kiwi, who is on track to back up his 2018 championship win, also breached safety regulations after dropping a burnout (below) on the front straight at Queensland Raceway. 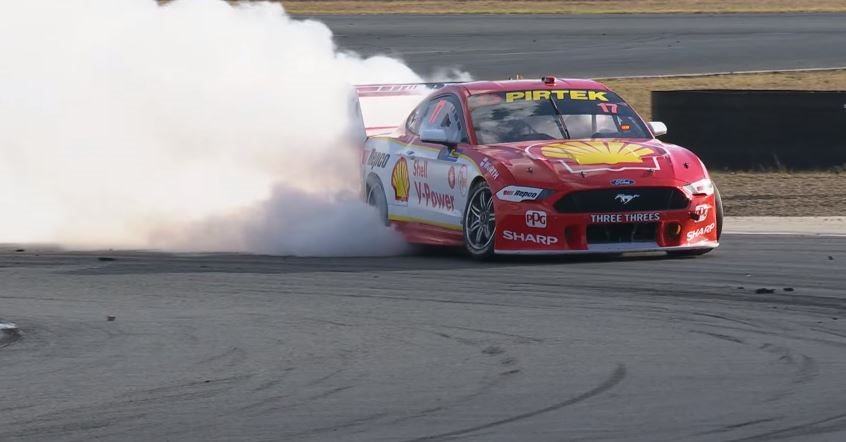 So keen was everyone involved to trumpet the success of the Mustang Supercar – which has now earned an unassailable lead in the series’ manufacturer championship over its Holden and Nissan rivals - McLaughlin bounded onto the QR podium with the poster in hand, seemingly unaware it would cost around $3,333 per second that it was on display.

The ban on marketing materials extends back to 2006, with ‘non-permitted items’ including posters, drink bottles and other unauthorised merchandise banned from the podium and from press conferences.

The ungainly Mustang Supercar has claimed 17 of the 20 of 32 races run so far in 2019. McLaughlin’s 14 wins have been supplemented by teammate Fabian Coulthard (two wins) and Tickford Racing’s Chaz Mostert (one).

It has also been beset by rule changes designed to reel in its perceived advantage over the ZB Commodore and the now-outdated Nissan Altima.

The car company upped its support for the Supercars series for 2019, after officially withdrawing in 2015.

It has supplied intellectual property support to key Ford runners, as well as supplying Ranger Raptor recovery vehicles to the Supercars series.