New Ford electric vehicle could come to Australia thanks to Rivian

An American company that is yet to produce a single car has received over half a billion dollars of investment from one of the biggest manufacturers in the world, which could result in a new Ford electric car being sold in Australia.

Okay, so there is a few moving parts going on here, so let’s start with Rivian, the US-based company that is planning to put two all-electric ‘adventure vehicles’ (a dual-cab ute and seven-seat SUV) into production next year.

Read next: Rivian all-electric pick-up to be unveiled

Having already received US$700 million (A$998.4 million) of backing from Amazon, Ford announced overnight it was injecting US$500 million (A$712.8 million) into the 10-year-old company.

While the investment from Ford means a Blue Oval executive will join the Rivian board, the more interesting part of the partnership is that the two companies will now collaborate on a new Ford electric vehicle, which will utilise Rivian’s bespoke platform. And that’s very good news for Australians. 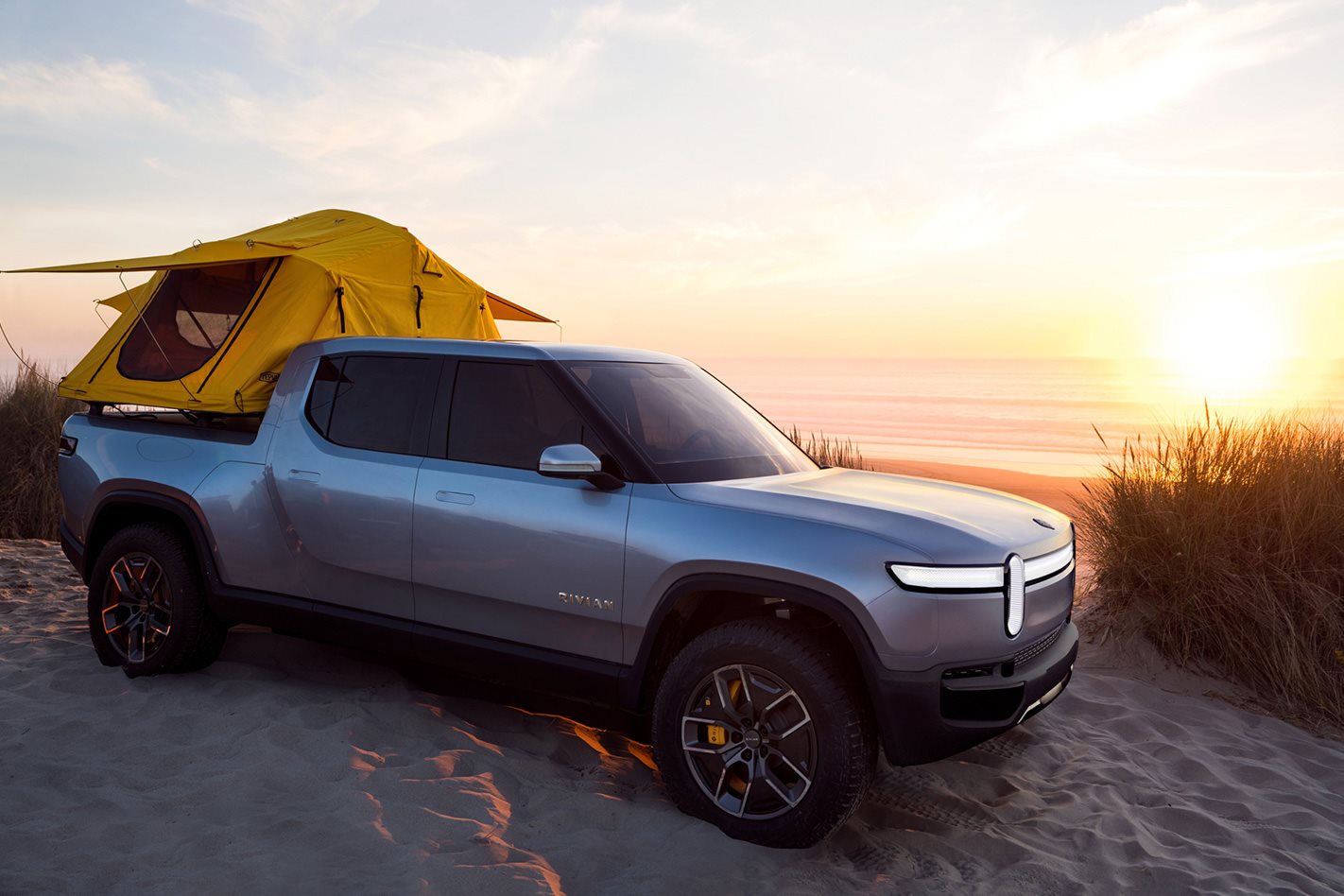 This new model will be in addition to the two EVs Ford already has slated for production - a “Mustang inspired” crossover and F-150 truck.

Why exactly should Aussies be happy? Well, for years we have missed out on some of the Blue Oval’s best products due to right-hand-drive production constraints.

Read next: The two most amazing cars at LA are low-key EVs

Thankfully, there are no such limitations on Rivian’s products, with plans to sell the R1T dual-cab and R1S SUV in Australia as soon as 2022 - just two years after production starts.

Both of Rivian’s products share the same ‘skateboard’ platform that will be used by Ford in its upcoming model. Batteries are packed underneath the floor, with four electric motors delivering claimed outputs of 560kW and 1120Nm.

By ditching a combustion engine and traditional gearbox, packaging becomes much more modular, allowing for easier right-hand drive production. Drive reports that right- and left-hook development will be done simultaneously.

Being built on the same platform, it’s likely Ford’s new EV will also be easily adaptable to right-hand drive.

It is unclear whether Ford will simply purchase the platform and produce its vehicles at its own plants, or if the electric pick-up will roll off Rivian’s former Mitsubishi factory line in Illinois.

Rivian’s R1T boasts impressive capability on paper, with claims it’ll carry an 800kg payload in the tray, has 350mm of “dynamic ground clearance”, all-time all-wheel drive which allows it to ascend 45-degree inclines, a 0-98km/h time of 3.0 seconds, towing capacity of 4500kg, and 640km of potential driving range.

There are other benefits to Ford partnering with Rivian as well. The electric manufacturer claims it can package the battery, drive units, suspension, braking and thermal systems all below the height of each wheel on its platform, giving it a distinct advantage when it comes to passenger space and lowering the centre of gravity.

If Ford’s product built on the same platform matches these specs, it’ll be sure to win over Aussies with an adventure bent that are sceptical about an electric future.