DEFTLY disguised prototypes of the heavily revised and upgraded Kia Cerato (as well as its closely related Kia Cerato Koup sister) have broken cover Stateside, ahead of the cars’ global unveiling late this year in Los Angeles or very early in 2016 at the Detroit show. 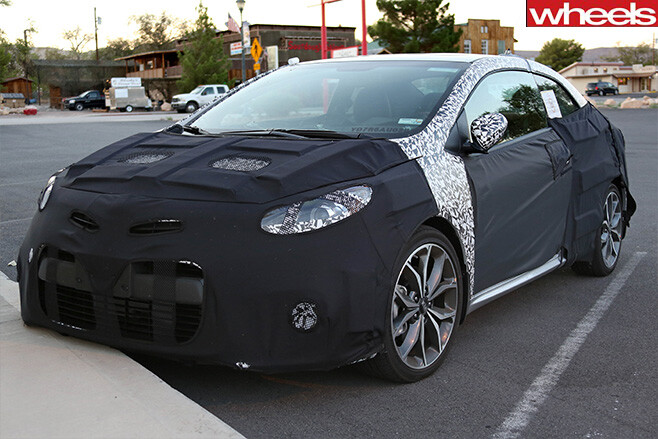 Due about May next year in Australia, Kia’s local bestseller will gain more sheetmetal changes than are usual with a mid-cycle facelift, with a fresh nose cone (featuring different headlights, bonnet, grille, and bumpers) and a somewhat revised rear-end treatment.

The aim is to imbue the South Korean small car range with a look more closely aligned to the all-new, fourth-gen Sportage medium SUV expected to surface at the LA Show in November. 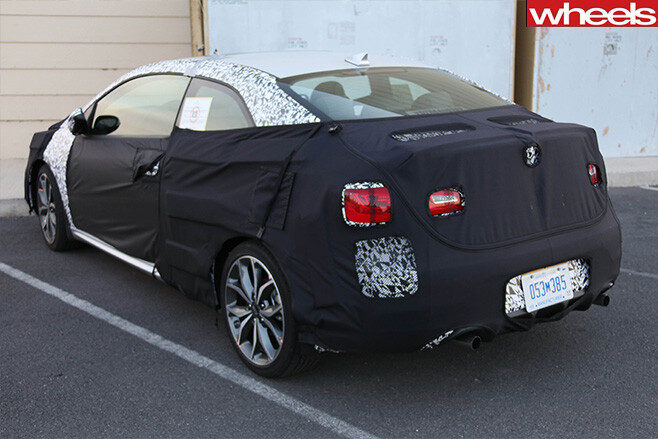 But the changes don’t stop there, with modifications to the engine range also thought to be in the pipeline to help improve both performance and fuel consumption.

These prototypes were snapped in North America, probably undergoing hot-weather testing. We hope this means the inclusion of the current Koup’s lusty 150kW/265Nm 1.6-litre T-GDI direct-injection turbo four-pot petrol belter for the upmarket versions of the Cerato four-door sedan and five-door hatch models. Direct rivals such as the Mazda 3 and Ford Focus are moving to either larger or more powerful engines even in lower-line variants. So this might also be the time for the existing YD Cerato’s 110kW/178Nm 1.8-litre atmo unit, in the volume-selling S and S Premium editions, to make way for the gutsier 129kW/209Nm 2.0-litre alternative serving the up-spec Si and SLi variants. 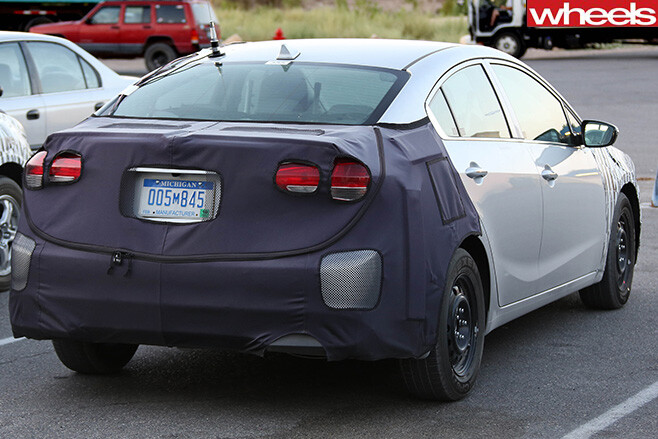 Finally, we understand that the 2016 Cerato Series II’s revisions should include an upgraded infotainment system, a new steering wheel, improved equipment levels, and minor alterations to cabin materials and trim. Modifications to the steering and suspension tune may also materialise with the makeover. 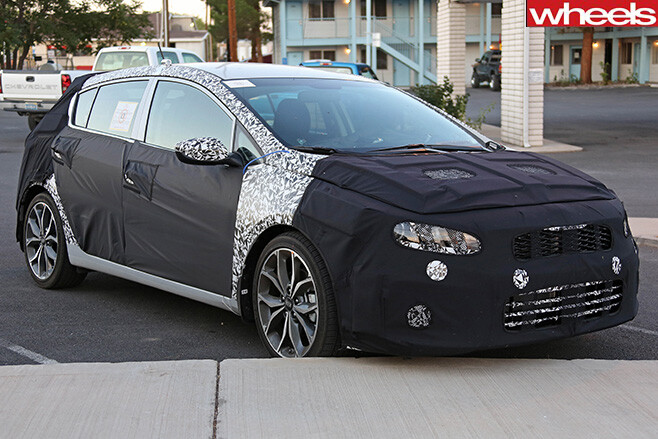 Sitting at number six in the small-car sales charts, the Cerato is only outsold by the Toyota Corolla, Mazda 3, Hyundai i30, Volkswagen Golf and Holden Cruze, meaning that the Kia is ahead of 20 other contestants including the Focus, Mitsubishi Lancer, Subaru Impreza and Nissan Pulsar. Launched locally in 2013, it has been a slow-burn success story for this third-generation version.

Click here to read the full range review of the Kia Cerato.